No one grocery getter should have all that power

“Who needs a 707-horsepower Jeep?” It’s a question that would seem to have a very short answer from any rational SUV fan’s point of view, and yet it’s one that Fiat-Chrysler saw the need to address not with a glitzy, over-muscled concept truck, but a fully-warrantied supercharged production monster that can shame a respectable list of supercars in a straight line.

The 2020 Jeep Grand Cherokee Trackhawk is emblematic of the attitudes espoused by FCA, a company whose customers seemingly live in their own separate bubble apart from the ebbs and flows of the traditional automotive market. Continually forced to do more with less due to the financial storms weathered both in America and Europe over the past decade, Chrysler has created an empire of large-displacement, high-performance machines that are so far ahead of the pack that it took a full five years before any of its crosstown rivals were able to field comparably stout competitors.

In the case of the Trackhawk, we’re still waiting.

While the Shelby GT500 might have crested the 700-horsepower mark for the 2020 model year, drawing Ford even with the Challenger Hellcat sports coupe with which the Jeep shares much of its drivetrain, on the SUV front there’s still nothing out there with the same level of brash intimidation under the hood. Even transatlantic invaders from BMW’s M division and Mercedes-AMG have yet to detonate the same kind of concussion grenade in the SUV segment as Jeep has with its wholly unnecessary yet utterly on-message SRT-sourced menace. 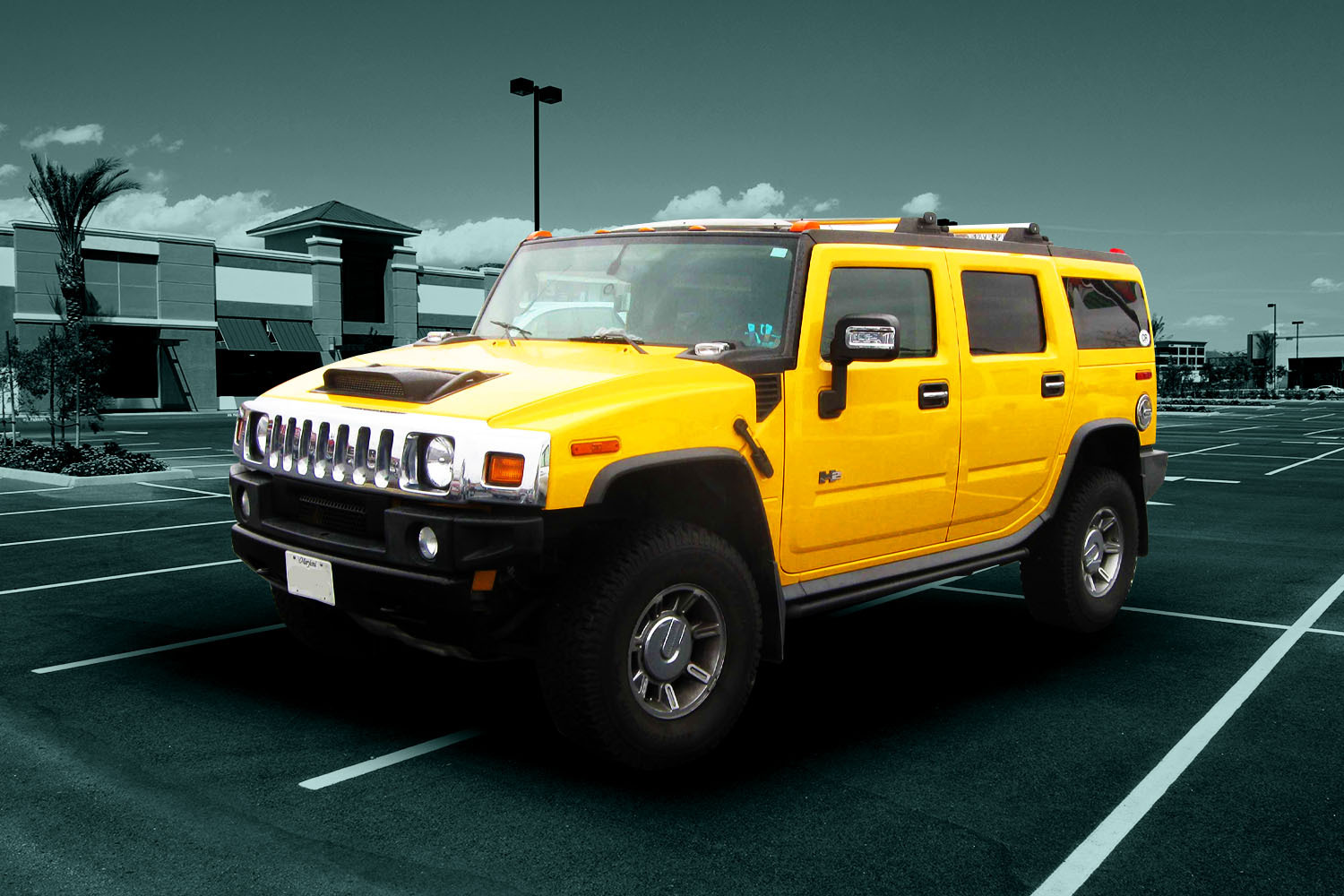 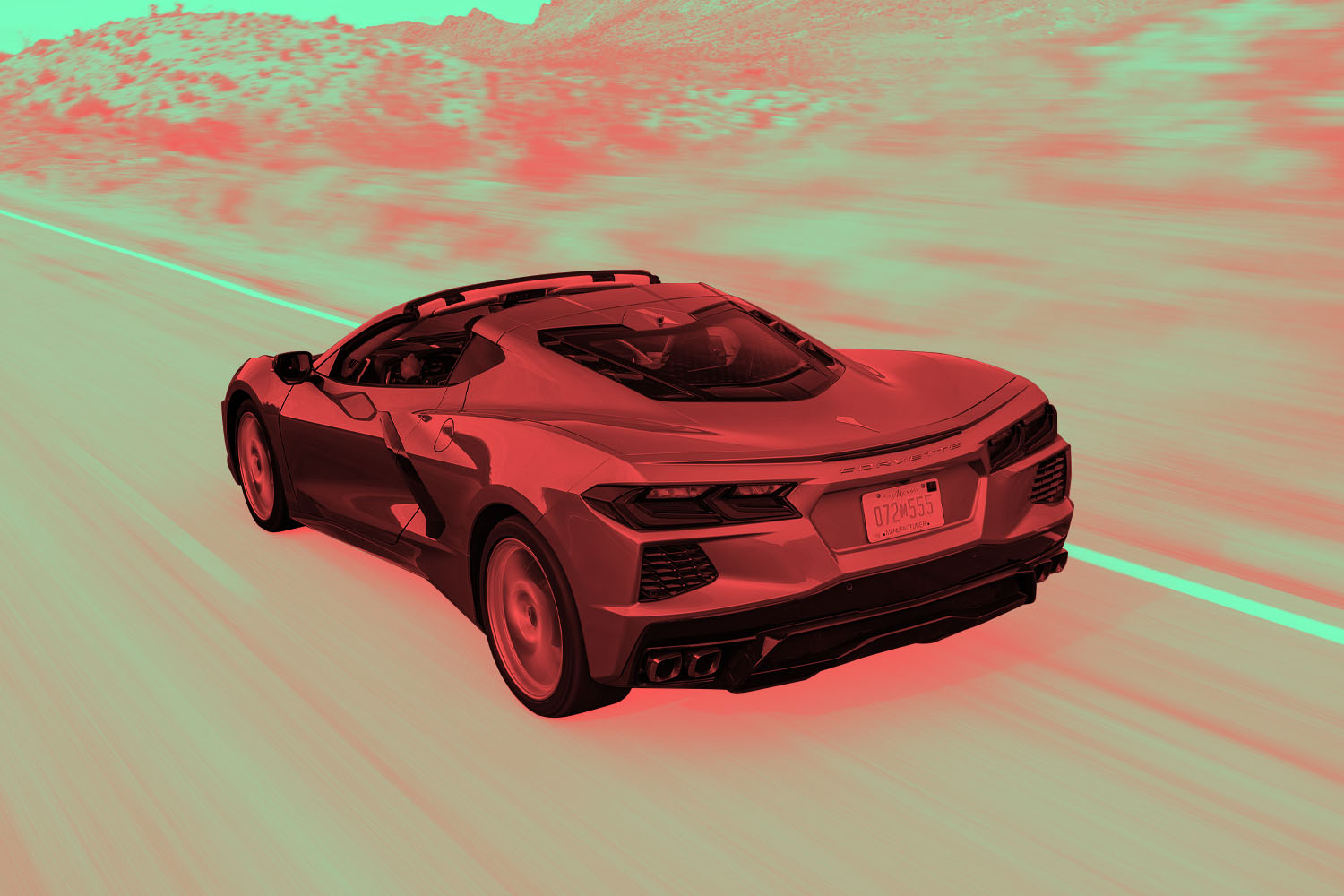 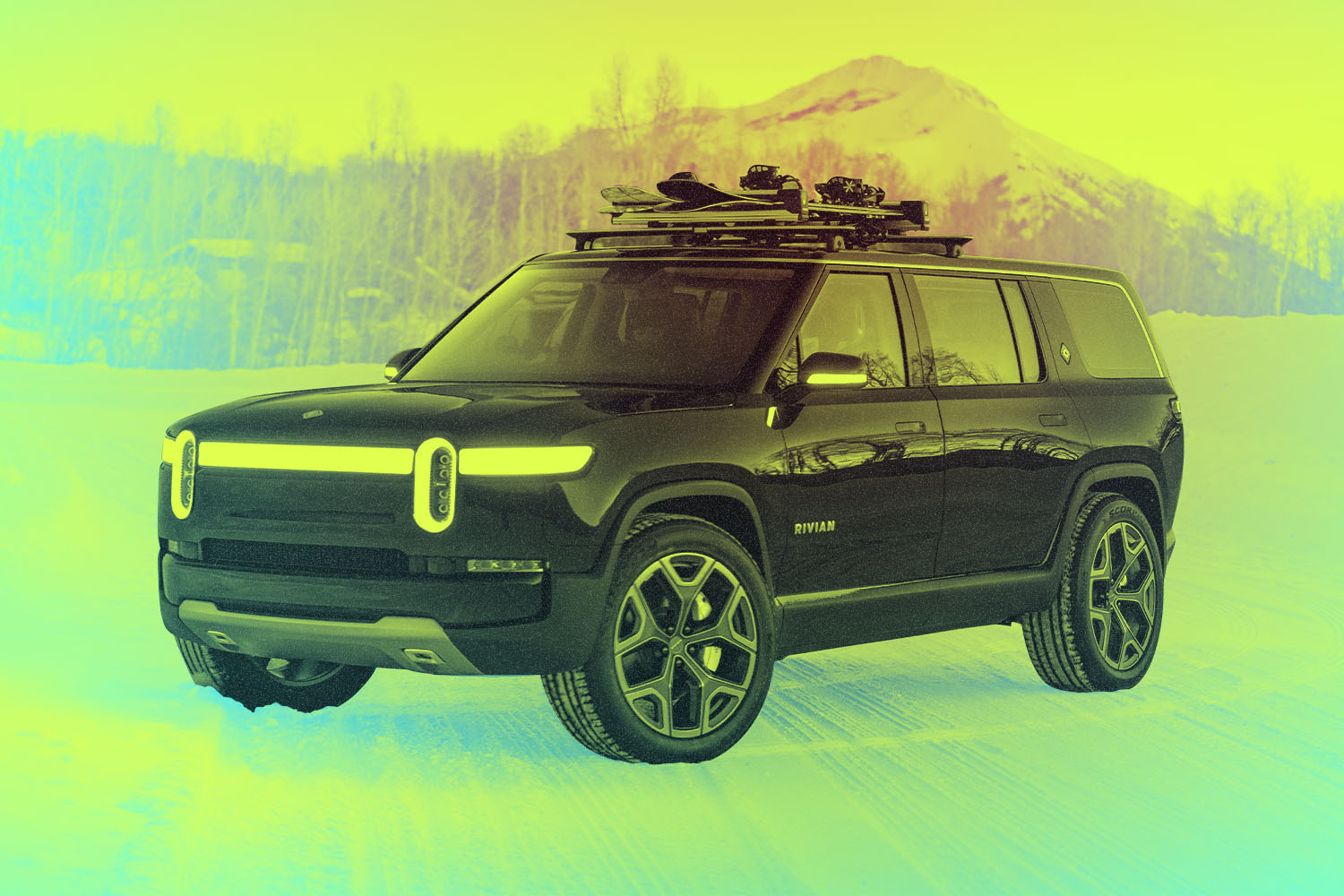 For those familiar with FCA’s modus operandi, franchising the Hellcat’s supercharged V8 seemed inevitable. Since the late 2000s, Chrysler, Dodge and Jeep have worked in concert to stuff ever more powerful engines in aging platforms in a bid to retain the interests of a very specific core group of buyers. In doing so, their shared in-house hot-rod shop, SRT (Street & Racing Technology), has cultivated an image as the last purveyor of old-school tire shredding, churning out one high-powered hooligan after another, regardless of what anyone else had on the lot.

It was a winning strategy, and one that was significantly less expensive to execute than designing entirely new automobiles from the ground up. FCA gave its engineers a surprising amount of freedom to ravage new slices of the showroom with excessive shows of force. Inexorably, SRT would build near-500 horsepower versions not just of the retro-themed Dodge Challenger coupe, but also the Dodge Charger family sedan, the Jeep Grand Cherokee SUV and the three-row Dodge Durango sport-utility vehicle.

The effort culminated in the development of the 6.2-liter engine initially offered in the Dodge Challenger SRT Hellcat, which was good for 707 horsepower and 650 lb-ft of torque. In 2015, there was nothing else like in on American streets, and by the end of the decade the engine had been distributed across a surprising cross-section of the FCA portfolio.

Jeep’s five-passenger family hauler had always been a natural candidate for Hellcat-ification, given that the ‘standard’ SRT model was one of the automaker’s strongest sellers. Now two years into its reign of terror at the top of the performance SUV pecking order, the Grand Cherokee Trackhawk continues to provide an experience unlike any other high-end SUV available at almost any price.

The low-key visual upgrades given to the Trackhawk — a different hood, slightly more aggressive aero front and rear and a discreet “SUPERCHARGED” badge hidden along the bottom of its front doors — do little to give away the delightfully split personality it has to offer from behind the wheel.

With the pedal mashed to the floor, the Grand Cherokee’s girded all-wheel drive system corrals all 645 lb-ft of torque (a 5 lb-ft deficit as compared to other Hellcat models, due to cooling considerations in the Jeep’s tighter engine bay) and then sends the SUV tearing through the atmosphere as though catapulted by a metric ton of Semtex. Eyelids peel, necks snap backwards Exorcist-style and fingers curl tighter around the steering wheel, gearshift and door handles as the human body struggles to come to terms with the effects of 4,890 lbs of Jeep accelerating to 60 mph in a mere 3.5 seconds.

None of the above is an exaggeration. The Trackhawk’s forward progress is as subtle as Thor’s hammer falling off its hook in Valhalla, and not only are occupants sufficiently cowed by the experience, but any passersby within a 100-yard radius will be equally flummoxed by the 6.2-liter V8’s thunderclap.

While the BMW X5 M Competition and the Mercedes-AMG GLE 63 S can match the Jeep nearly step for step off the line and certainly offer a similar level of competence in the curves (although the physics of taking a top-heavy truck to the track keep any hi-po SUV lap day just this side of “fun”), neither offer the same instant-on wallop of the Trackhawk’s supercharged V8. Singing twin turbos make for a good time, it’s true, but Europe’s much more expensive alternatives can’t match the SRT’s sheer startle factor.

Even more surprising is what’s waiting on other side of the Trackhawk coin. Maintain right-foot discipline and the Jeep is just as pliant and comfortable as an $87,000 hauler should be. In fact, aside from the occasional whine from the supercharger you’re policing (and absolutely atrocious 13-mpg combined EPA fuel economy), it’s difficult to separate the super-SUV’s personality from almost any other version of the Grand Cherokee in the lineup, barring the occasional stiff-legged interpretation of a well-worn highway expansion joint.

But at nearly $90K, there’s much missing from the Trackhawk’s daily-drive experience that one would find in less athletically gifted SUVs. You won’t find gadgets such as gesture control, Swarovski crystal accents or full-leather headliners lurking inside the Grand Cherokee, which while reasonably premium in feel is relying on brawn over bougie when appealing to prospective buyers. You do, however, receive a hefty amount of usable interior space, along with reasonable off-road capabilities, which should come in handy if you miss the braking zone at the end of your local road course’s front straight.

Last Gasp of an Icon

Jeep moved just under 10,000 examples of the Grand Cherokee Trackhawk in the first two years of production, roughly the same number as the considerably less expensive Charger Hellcat sedan. From any angle, the program has been a success, with Jeep fans benefiting from the ultimate expression of ludicrous SUV performance, and corporate enjoying the profitable fruits of an engine swap that has kept people interested in a platform that is in its twilight after nearly 10 years on the market.

It’s also a monument to a moment that may be on the verge of passing. As automakers increasingly turn to electrification as a performance play, the days of hulking prehistoric war wagons like the Trackhawk are no doubt numbered. For every upscale Lamborghini Urus imitator, there’s a Ford Mustang Mach-E EV counterpoint waiting in the wings to satisfy those who would combine practicality and power in the same commuter-friendly package.

FCA is not immune to this inertia, either. Although it’s likely that the Hellcat engine package will continue on for at least the next several years, it’s hard to picture a future where it plays a central role in even the high performance plans of each of its brands. Indeed, the recent announcement of a new luxury SUV for Jeep, the Grand Wagoneer concept, made no mention of a snarling V8, touting a hybrid setup instead.

Until that future is finally here, the Trackhawk reigns supreme as a shining example of just how wild things can get when in-house enthusiasts are given a square peg, a round hole and just enough of an engineering budget to see if they can make it work. For those who buy their tires and brake pads by the pallet, it’s hard to think of a more fitting Viking funeral for over-the-top SUVs than Jeep’s willfully belligerent bully. 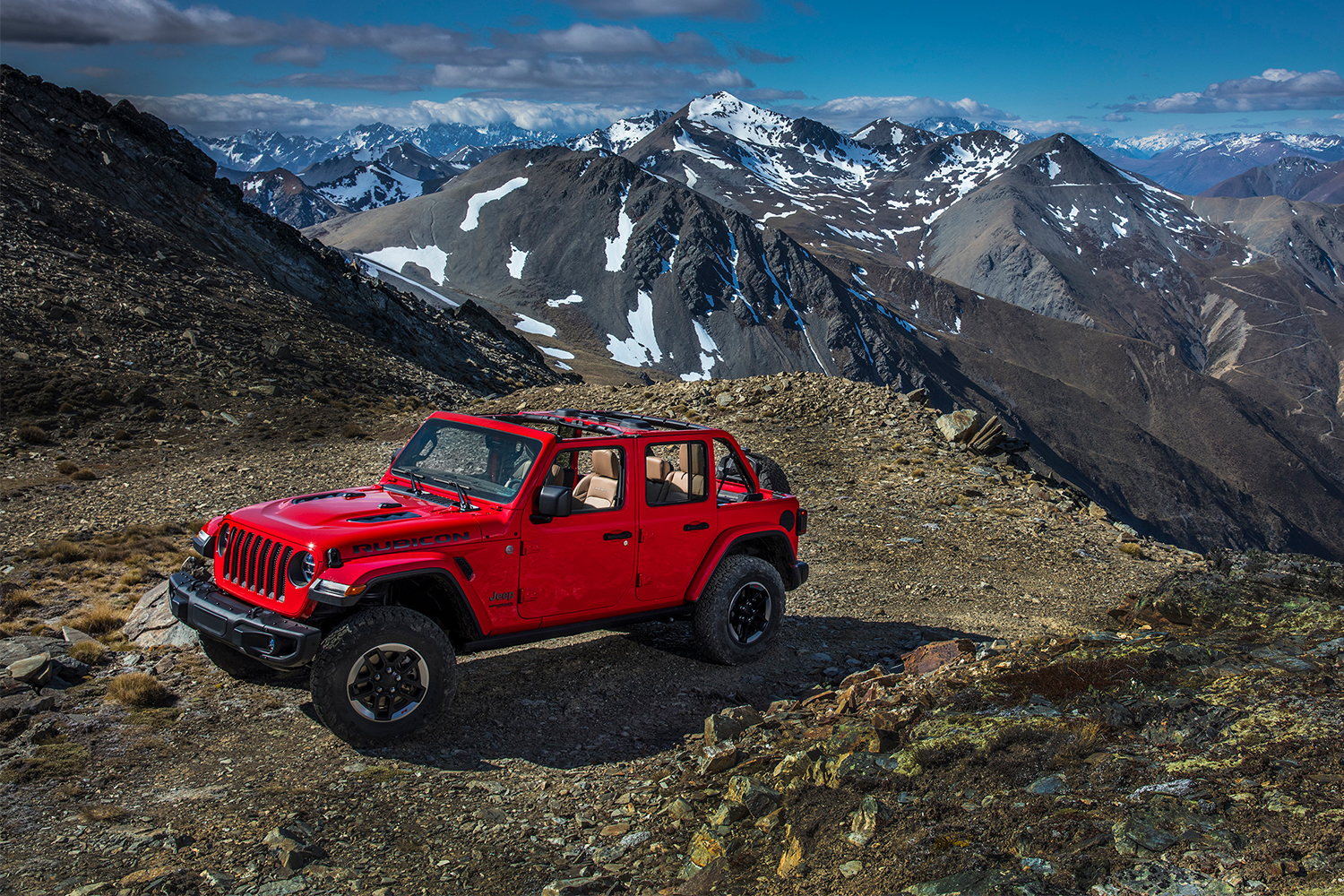 Jeep Says It Will Electrify Its Entire Lineup in Two Years. Is That Even Possible?
Jeep’s First Pickup in 26 Years Has Arrived. But Should You Buy It? 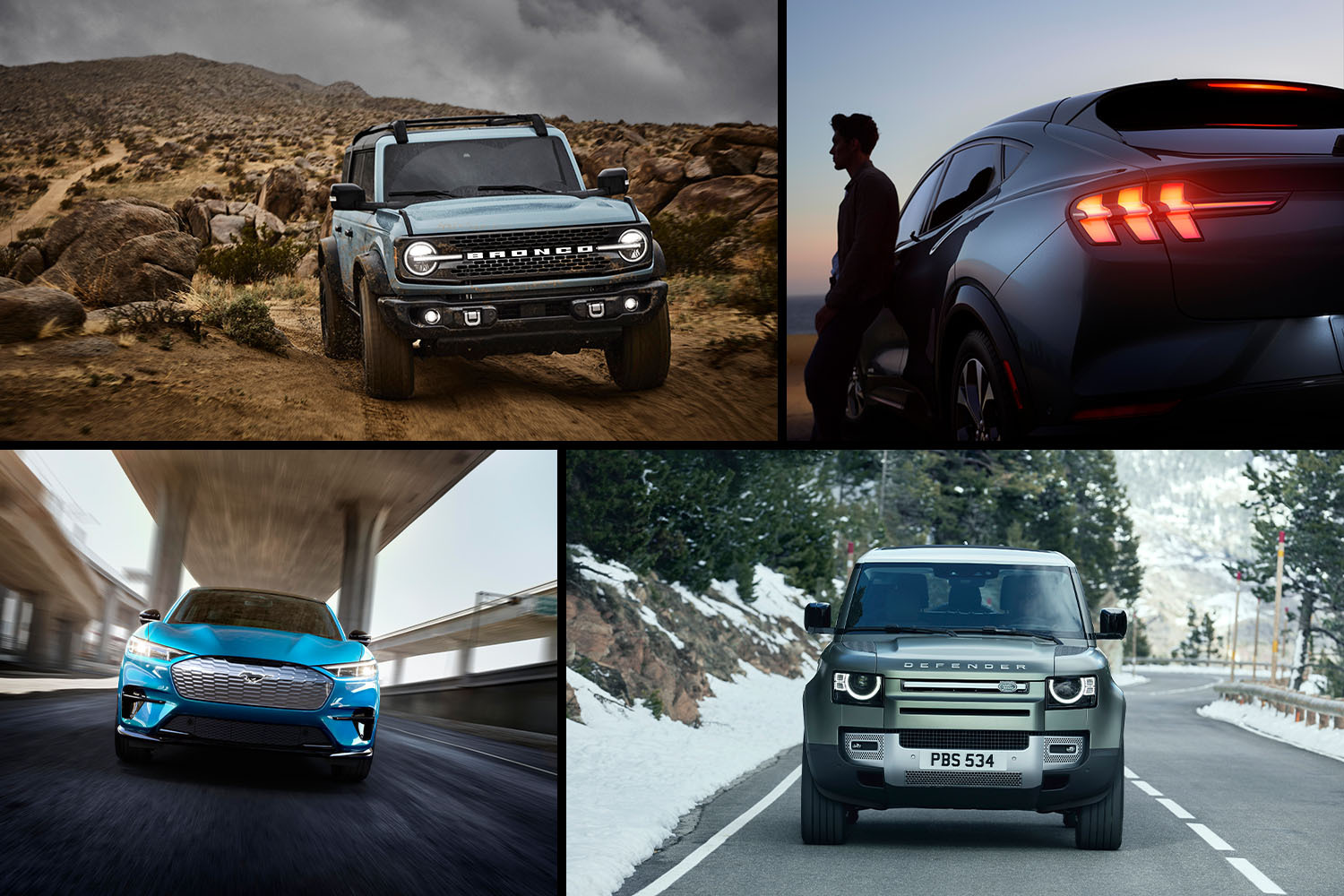