Jeep Says It Will Electrify Its Entire Lineup in Two Years. Is That Even Possible?

Here we have the 2020 Jeep Wrangler Rubicon in the wild. Could this be an EV by 2022?
FCA
By Alex Lauer @alexlauer 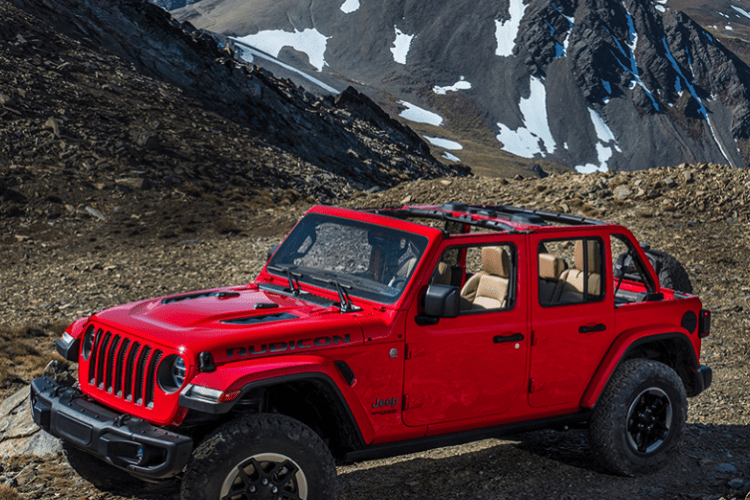 The biggest impact Elon Musk has had on the automotive industry has nothing to do with electric vehicles, or really any vehicles at all. Rather, the Tesla CEO seems to have given the normally tight-lipped head honchos of the auto industry permission to run off at the mouth. In an uncertain global landscape, where even Chinese companies can’t seem to find their footing, instead of hunkering down and keeping their cool, brands seem to be relying on headline-making, foolhardy claims to keep interest high.

The most recent instance of this comes from Christian Meunier, the global president of Jeep. During a press event in New Zealand this week, as Australian website CarsGuide initially reported, Meunier made some frankly unbelievable announcements for the brand: that their mission is to become the “greenest SUV brand in the world,” and that Jeep will offer an electric variant of “all models” by 2022 (that is, in two years).

For anyone versed in Jeep’s lineup, that should make your head spin. Right now in the United States, you can’t buy any real electric variants of any models. Yes, the Wrangler is available with an eTorque mild hybrid system, but we’re talking about plug-in hybrid electric and battery electric vehicles — in other words, cars that can be powered by electric motors alone and have to plug in to charge.

While most automakers are looking to overhaul their offerings to offer more EVs, Jeep has been relatively quiet until this seemingly random New Zealand press event. Which isn’t to say they’ve been completely silent: back in the spring, Jeep announced two plug-in hybrid models, the Renegade and the Compass. But offering EV variants of every vehicle, including its iconic Wrangler and much-hyped Gladiator truck, is a massive undertaking that feels, if not impossible, at least improbable.

The out-of-the-blue nature of Meunier’s announcement isn’t the only thing that makes us skeptical. His phrasing — “greenest SUV brand” — is in and of itself problematic. Of course, as some very smart people have said over the past year, we need to either radically cut down on SUVs and trucks or at least the greenhouse gas emissions they spew as part of a comprehensive plan to tackle the climate crisis. The first is probably not going to happen, so electrification seems to be the solution. But while EVs are making gigantic gains in terms of pricing (battery prices are plummeting) and range (traditional automakers are moving in on Tesla), one area where they are certainly not making gains is in the hauling, towing and general adventure field.

Related: Real Talk: You Don’t Need That SUV (and You Know It)

While electric vehicles are, on the whole, already lightyears ahead of internal-combustion-engine vehicles in terms of energy efficiency, they’re not anywhere close to trucks and SUVs when it comes to the tasks for which you’d hypothetically buy a truck or SUV (like towing an Airstream) because of the pure lack of energy they hold. (If you want more on that, head over to Engineering Explained.)

So while we would love to have all-electric Jeeps at our disposal, to convert an entire vehicle lineup to electric power and have them perform on the same level as gas-powered Jeeps in such a short timeframe seems impossible. And on a more atavistic level, let’s state the obvious: the dream of a Jeep is to take it to the middle of nowhere, where it’s just you, your 4×4 and the stars — and that’s exactly where you won’t find EV charging stations, at least at this moment in time.

We should point out that there are plenty of other companies looking to claim the title of EV truck and SUV king, including Tesla, Rivian and even Ford. So no, we’re not saying it’s impossible — we’re actually pretty confident that the offerings from those three companies are going to blow some gas-powered minds — but we are saying that when it comes to Jeep, we’ll believe the EVs when we see ‘em Stateside. Clock’s ticking.