By refusing to update a time-tested platform, the hulking off-roader has long outlived its competition

In the automotive industry, history and heritage are sometimes confused with a reluctance to move forward. Case in point: as sport-utilities and crossovers have blown through showrooms like a category-five storm, reshaping consumer tastes and vehicle lineups at every single price point, Lexus has stubbornly clung to an old-school template for both the LX 570 and GX 460. These hulking body-on-frame designs have more in common with the original truck-based platforms that once ruled the SUV roost than the smooth, car-like people-movers that have come to dominate the discourse.

Of the two, the 2020 GX 460 stands out the most. Positioned just below the flagship LX, the GX doubles down on the brand’s effort to mine the past by effectively rebadging the Toyota Land Cruiser Prado, a rugged 4×4 sold outside the United States with a global reputation for tackling tough terrain without a wince.

What is a tough customer like the Prado doing lurking in a Lexus showroom, wrapped in leather drag like a brawler at the ball? And why has the premium automaker completely divorced the GX 460 from the ultra-successful formula that has made its sedan-based RX the best-selling model to ever wear the Lexus badge?

Sometimes it’s better not to ask those questions and just enjoy the ride, but we’ll do our best to answer them regardless.

A License to Print Money

To understand the genesis of the GX 460, it’s necessary to dive into the complexities governing the product decisions made at a juggernaut like Toyota. Lexus’s corporate parent has a vast number of markets to consider worldwide and only so much development budget to go around, which means only the most closely contested of segments receive the kind of clean-slate platforms intended to compete the hardest against similarly gifted rivals.

Sport-utility vehicles, however, have traditionally presented car companies with an end-run around this problem. In the early 2000s, when the luxury SUV craze was beginning to gather steam, automakers discovered that they could shortcut the development process by taking a more pedestrian, truck-based hauler, installing a plush cabin and a big V8 engine, and then dropping it into premium showrooms like some kind of seven-passenger shock trooper. It was this exact strategy that saw Toyota parachute two variants of its vaunted Land Cruiser into the heat of battle disguised as the GX and the LX.

It was cheap, it was easy, and it was a game that almost every major luxury brand played — but only for a while. Rocked by the dual shock of rising fuel prices and the global recession at the end of the decade (plus a surge in demand for smaller, less unwieldy sport-utilities from urban customers), one by one these lumbering sauropods went extinct. Gradually, they were replaced by more efficient car-based platforms that were easier to drive and substantially more comfortable. Even brands that had long made a point of their 4×4 prowess, such as Land Rover, made a concerted effort to modernize the driving feel and design details of its lineup.

Not so Lexus. Realizing that it had no real hope of stealing volume from major players like the Cadillac Escalade, it decided to temper its expectations and stay the course. So rigid was its approach to maintaining the GX status quo that the current model is not only one of the few remaining tough trucks out there, but it’s one that’s been riding on the same platform for more than a decade.

Ready for Its Close-Up

The 2020 model year brings a cosmetic makeover for the Lexus GX 460 that’s more in line with the styling cues found elsewhere in the automaker’s catalog. It also underscores the strange dichotomy governing Lexus’s approach to marketing the SUV: the truck is loaded with the kind of off-road gear one would normally expect from a hardcore all-terrain crawler, yet has been provided with drivetrain and chassis tuning that is soft to the point of caricature.

Indeed, the word that most accurately describes the enormous GX 460’s on-road personality is “insulated.” Never before has 301 horsepower (from a 4.6-liter V8) felt so processional in its route through the vehicle’s six-speed automatic transmission to all four wheels (courtesy of a full-time, efficiency-sapping 4×4 system). Steering, suspension and throttle response are disconnected from anything that could be considered feedback from the road beneath, creating the sensation that one is at the tiller of a gently coasting yacht.

Sealed off from the outside world by its vault-like doors, the GX feels as though it were designed to be as fully removed as possible from the more visceral effects of driving (that old SUV ad where grandmother and grandson are sipping scalding-hot tea on a bumpy dirt road is an apt reference here). While leather and wood trim abound, the gearshift, infotainment system and layout are strong callbacks to the more pedestrian Toyota hardware that sits at the root of the GX 460’s aesthetic experience.

Unusual, too, are the decisions made at the rear of the SUV, where a bulky swing-out cargo door blocks the curb and reveals a high load floor necessitated by the presence of a folding third row of accommodations. These seats are probably best suited for whichever members of your kid’s soccer team drew the short straws, reminiscent of BMW’s brief efforts to make the same-size X5 a seven-passenger option before conceding that human anatomy was never meant to be so aggressively pretzled.

Who, exactly, is the 2020 Lexus GX 460 designed for? The question that echoed in my mind during my entire time behind the wheel of the top-heavy cruiser.

It’s hard to imagine the hardcore off-road crowd flocking to the GX at its current price point, especially with more modern options out there that better marry day-to-day luxury with decent trail capability. It’s far more likely that the average GX driver is less interested in the Lexus’s extensive and impressive go-anywhere features (crawl control, an adjustable suspension and swaybar system, and a terrain management system) than its monolithic styling and the strength of the badge on its imposing hood. Regardless, should that person take the occasional camping trip or simply need a car that can handle long winters and adverse driving conditions, they’ll be pleasantly surprised with what this car delivers.

Ultimately, it would seem that the driving force behind the GX’s continued stay of execution in the Lexus portfolio is the ease with which they can keep it there. Content to sell 25,000 or so examples a year (a remarkably consistent figure), the GX costs almost nothing extra to manufacture thanks to strong demand for its Land Cruiser Prado roots in other countries. As with so many puzzling aspects of the automotive industry, boiling down the mystery of the Lexus GX 460 comes down to simple economics. A steady trickle of demand for a high-margin vehicle that’s riding on tech amortized more than a decade ago is all it takes to keep dinosaurs walking the Earth. 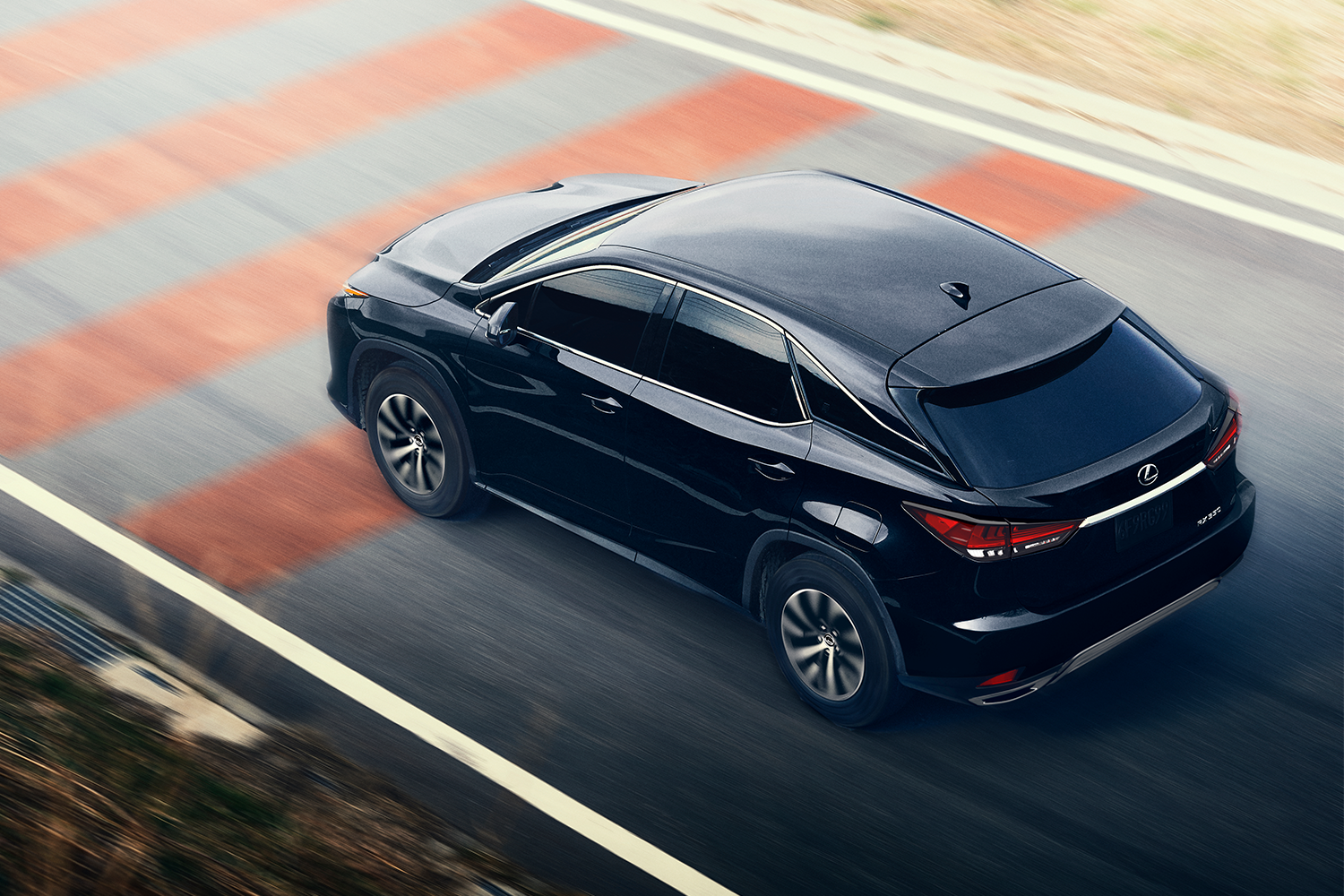 Review: The Lexus RX 450h Is the Perfect Car for Escaping New York
Take to the High Seas in a Gleaming, Speedy … Lexus?
Lexus Has Finally Built the Bavarian-Killing Luxury Coupe of Their Dreams