The Oldest Existing Porsche Is Headed to Auction

With a Nazi-funded past, it's “the most historically significant” Porsche on earth 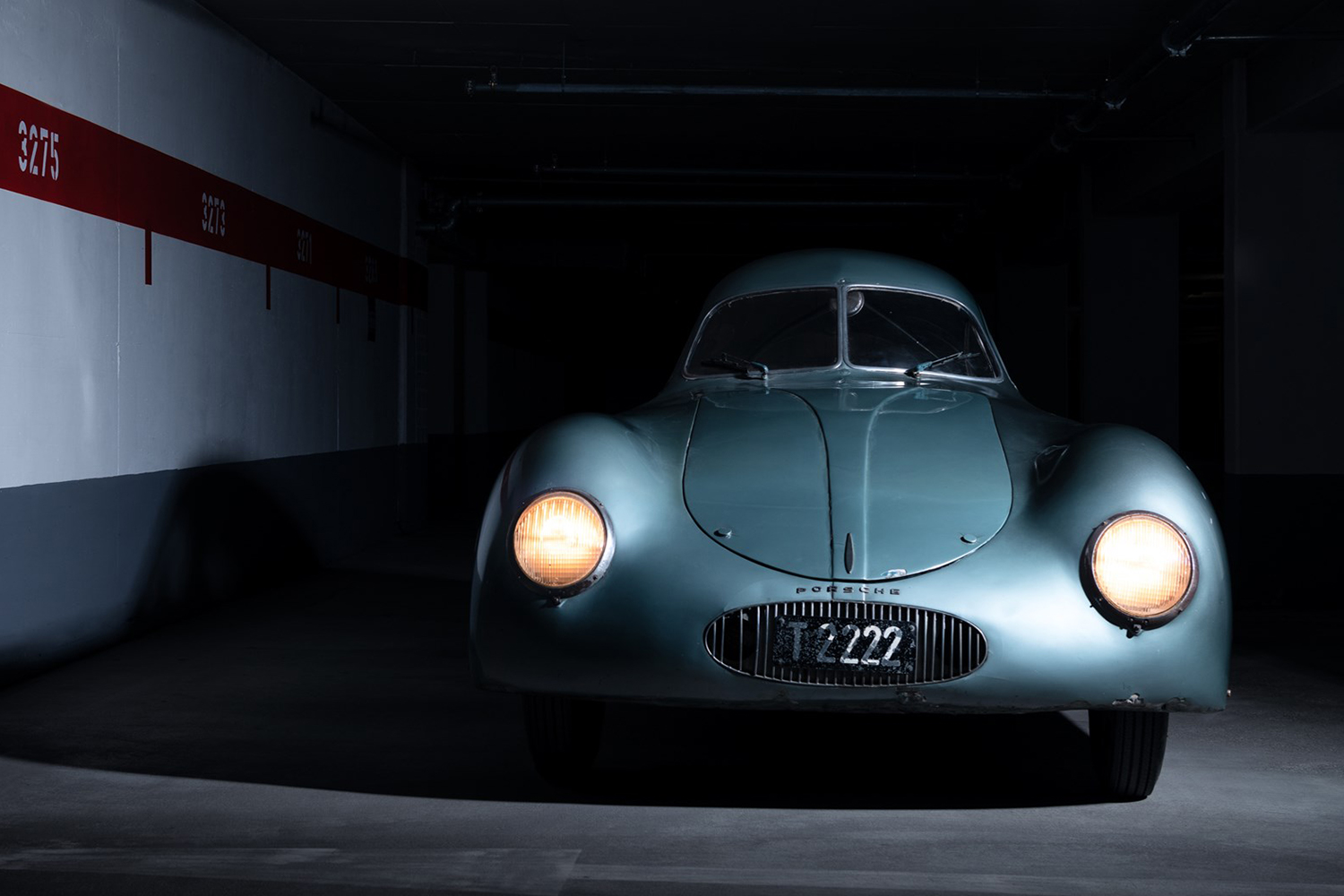 For the casual gearhead, the legacy of Porsche starts in 1948. If you head over to the website of the iconic German automaker, that year is listed as “the birth of the Porsche brand, with construction number 356 and chassis number 356-001.”

That classic to rival all classic cars was the brainchild of one Ferry Porsche. But two years before, in 1946, Ferry applied the letters “PORSCHE” on the nose of a different car, one built by his father Ferdinand.

It was the Type 64. And at Monterey Car Week this August, RM Sotheby’s will be auctioning off the exact car Ferry christened — the oldest existing Porsche.

The listing, taken at face value, is certainly enough to justify the estimated selling price, which Road & Track puts at “at least $20 million.”

Marcus Görig, a car specialist at RM Sotheby’s, says, “This is Porsche’s origin story … and it offers collectors what is likely an unrepeatable opportunity to sit in the seat of Ferdinand and Ferry Porsche.” Gord Duff, Global Head of Auctions, continues, “The Type 64 helped define what a sports car is today.” And marque specialist Andy Prill puts the cherry on top: “This is the most historically significant of all Porsche cars.”

Before you sell a couple of your Amalfi Coast vacation homes to finance your bid, there’s a dark mark on the history of this car that you should be aware of, one that RM Sotheby’s carefully, and understandably, omits.

In the listing, the auction house traces the Type 64’s roots back to the KdF-Wagen of 1938, “a car for the masses” which Ferdinand was “forced” to focus on instead of “his sports car dreams.” Left out of that note? This change was ordered by Adolf Hitler.

As the Guardian wrote in a short history of Volkswagen from 2015, “VW was created when Adolf Hitler commissioned Ferdinand Porsche to follow Henry Ford’s lead and design a ‘people’s car’ for Germany. Hitler named the car the KdF-Wagen, with KdF standing for ‘strength through joy.’ However, the public referred to it as the Volkswagen, which literally means ‘the people’s car.’”

To celebrate the production of the KdF-Wagen, as well as the country’s now-famous Autobahn highway system, a Berlin-Rome race was planned for September 1939. As RM Sotheby’s notes, “the government-owned Volkswagen commissioned three special long-distance racing versions of the KdF-Wagen” for the endeavor. This racer was known as, you guessed it, the Type 64.

The race didn’t go as planned as Hitler’s Germany invaded Poland on September 1st of that year. As the Daily Express cites from the exhaustive historical account of the company from the 2017 book Porsche: Vom Konstruktionsbüro zur Weltmarke (or Porsche: From Engineering Office to Global Brand), instead of producing a leisure car for the masses, Ferdinand “churned out 50,000 military models of the [KdF-Wagen] which served on all fronts.”

So when Görig notes that the buyer of this Type 64 will be sitting “in the seat of Ferdinand and Ferry Porsche,” there is an obligation on the part of the seller to disclose that they were officers in the Nazi regime. We’re not trying to be alarmist. Let’s call it common courtesy. Although, if you’re going to spend $20 million (or likely more) on a vehicle, it behooves you to do your own research.

That research, though, would also lead you to the conclusion that this car, the third Type 64 and the only one to survive WWII, was not used for malicious purposes. On the contrary, as the listing notes, it was built under the eye of Ferry (from the chassis of the first car) and used as a family car before undergoing restoration by Battista “Pinin” Farina (yes, of Pininfarina) and being exhibited alongside the first official Porsche-branded car, the 356.

After leaving the family, the car underwent a long life of racing and then, eventually, vintage racing under care of loving owners, which means that although it’s racked up significant mileage it’s in as good of condition as you can expect for an octogenarian. Plus, Prill notes “all key components of the cars [sic] are original as built in 1939/1940,” but original spare parts are also included in the lot.

Now that you’ve been briefed, we leave the decision to bid or not to bid up to you. Find the full listing and images here.