For Detroit's Auto Industry, The Coronavirus Represents a Massive Opportunity 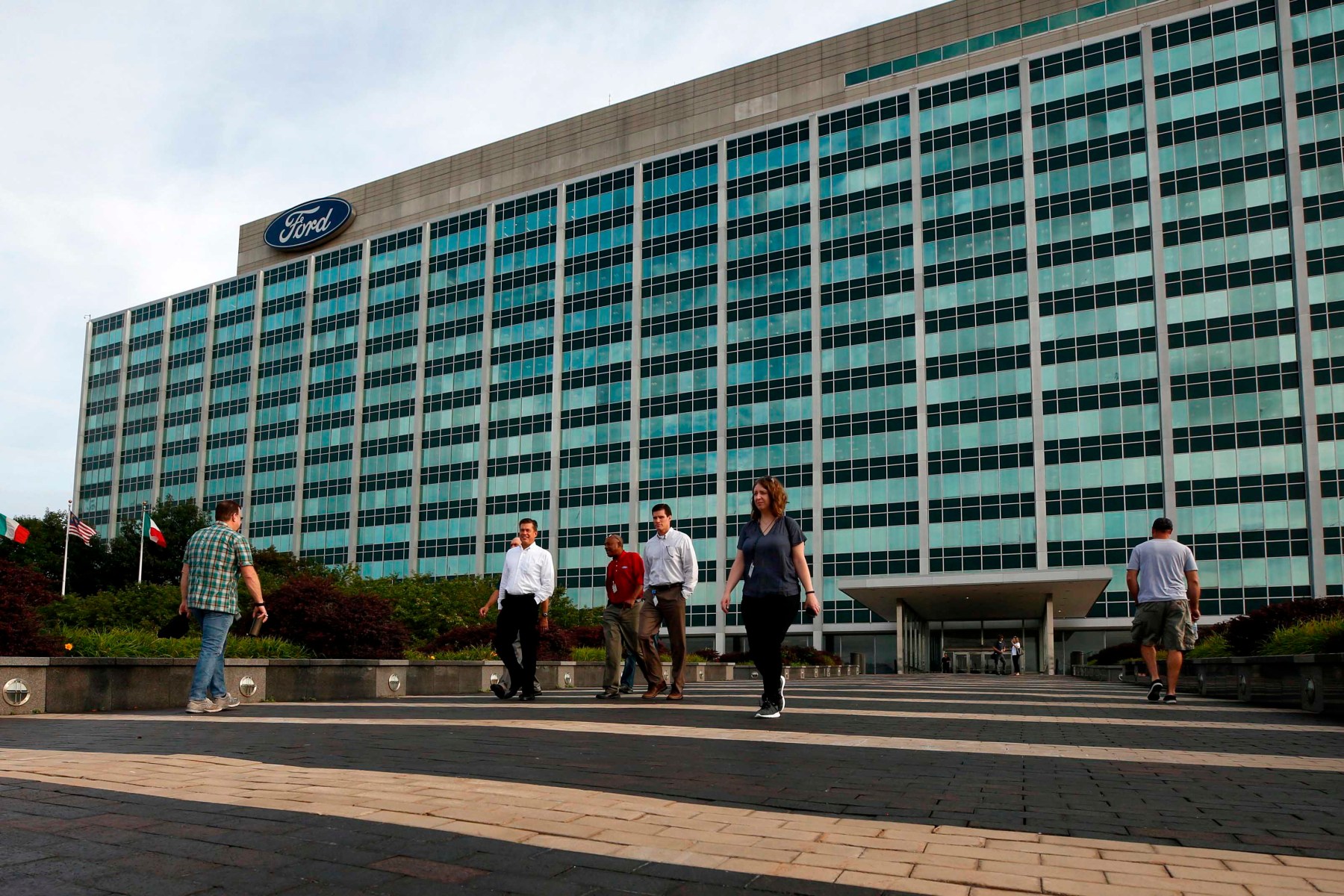 Detroit car companies are "exploring the feasibility" of building much needed ventilators
Jeff Kowalsky/AFP/Getty
By Andy Hirschfeld / March 27, 2020 11:53 am

With hospitals running short on everything from masks to ventilators, a reporter asked Anthony Fauci earlier this week if the American medical supply industry is in crisis. His response, to the dismay of the cantankerous dignitary standing immediately to his right? “You’re not making things up.”

But there could be a ready-made solution to this problem. As the American auto industry suspends production of cars indefinitely, some of our country’s biggest car companies may start making ventilators and other medical supplies.

On Sunday, Michigan Governor Gretchen Whitmer slammed the Trump administration for its handling of the virus. “Lives will be lost because we weren’t prepared,” Whitmer said on Sunday during an appearance on ABC’s This Week with George Stephanopoulos, adding, “I’ve got to solve problems and I need the federal government to help me make sure that I’ve got what we need for our frontline providers, in particular, but also ventilators for people that are going to suffer.”

Now Michigan’s auto industry is making good on that suggestion. On Monday, General Motors said it’s “exploring the feasibility” of building much needed ventilators for Ventec Life Systems, a Seattle-based medical supply company, at the automaker’s manufacturing facility in Kokomo, Indiana. A day later, Ford announced a partnership with 3M and GE Healthcare to produce both ventilators and masks to alleviate the strain. Fiat Chrysler also threw its hat in the ring, indicating that the company will soon produce face masks to help relieve national shortage — at least one million per month throughout the pandemic.

There is an obvious historical precedent for these major Detroit automakers taking action: World War II, when automakers in southeast Michigan took up a call to arms and turned their facilities into fabricators of various products needed for war.

Ford Motors turned to its auto manufacturing manpower to create the B-24 Liberator, a four-engine bomber. They produced nearly 9,000 aircraft; the B-24 remains the single most mass-produced military plane in American history. As for General Motors, Cadillac plants made tanks, Oldsmobile plants made artillery rounds and Pontiac made anti-aircraft guns. By the end of the war, General Motors accrued more than $12 billion, stimulating the region’s economic footprint.

Back in the present day, the transition from cars to medical supplies brings with it a whole new set of challenges. Plants won’t be making medical supplies by retrofitting their assembly lines — they’ll essentially build a whole new one. “They will need to reach out to those who supply them with electronics and circuit boards, and they can reach out to those who provide them with hoses for the breathing hoses,” Carla Bailo, Vice President for the Center of Automotive Research, tells InsideHook. “They can also ignite their 3D printer capacities to make needed parts.”

State and local officials across the country, particularly those in New York, the nation’s hardest hit region, are pleading with the federal government to federalize the assembly. The Department of Health and Human Services has 20,000 ventilators in its stockpile; New York City alone requested 15,000. Mayor Bill de Blasio pleaded his case to the federal government, pointing out that the city currently only has enough ventilators for two weeks, and half of the COVID-19 cases in the entire country are in his state. The federal government gave him 400.

“The apex is higher than we thought and sooner than we thought,” New York Governor Andrew Cuomo said in a press conference Tuesday. He then urged the federal government to help car companies get the investment they need to get their fledgling operations up and running.

“It takes an investment to do this … what was done during World War II was fast but it was not as fast as we need now,” Michael Belzer, Professor of Economics at Wayne State University, tells InsideHook. “There was a lot of national coordination to put this together … we are not doing any coordinated version of what we need. It’s not just a matter of producing. We need to get everyone on the same page.”

In the nation’s capital, that’s not happening. Last week, President Donald Trump invoked the Defense Production Act to respond to the public health crisis. On Tuesday, in a self-contradictory tweet, the president said, “The Defense Production Act is in full force, but haven’t had to use it.” To the contrary, only minutes later on CNN, FEMA Chief Peter Gaynor said the administration will “use the allocation portion of the DPA” today.

During World War II, the country owned the capital and took over production of the factories. “They let the companies [GM and Ford] operate in them. They provided capital and investment. The companies were not providing their own capital investment,” Belzer says. “The government is asking [the auto industry] to jump in and roll up their sleeves, but what are they jumping into and rolling up their sleeves for?”

Regardless, back at the epicenter of the auto industry, the call to arms has empowered the economic legacies of southeast Michigan and their affiliated businesses across the country. “There is a renewed call of patriotism here,” Bailo says.

In recent years, the Motor City has made massive strides in revitalization and economic diversification after years of population decline. “Detroit, after 60, maybe 65 years of decline, has made some real strides in the last few years,” she continues. While the COVID-19-induced downturn is taking a massive toll on the economy across all sectors, in the long-term, it could have a net positive impact on the auto industry.

Dr. Charles Ballard, Professor of Economics at Michigan State University, warns that we shouldn’t get carried away with our expectations, though. “The effective growth will likely be small. It will help Detroit some,” he says.

One thing that’s become clear is that there’s still a place for a city that subsists on heavy industry in modern-day America. While the financial toll on cities with heavy service-based economies like New York and Los Angeles will be devastating until this unprecedented public health crisis is over, Detroit will dutifully trudge along — just like it always has.