Why Eleuthera Island Is the Caribbean’s Best-Kept Secret

It’s only an hour flight from Florida, for starters 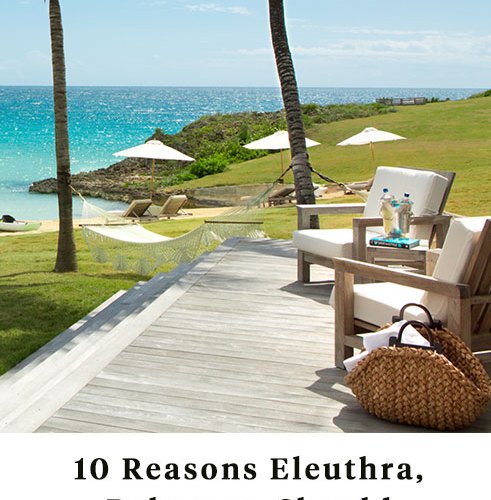 Caribbean resorts exist along a spectrum of decadence, but the basic tenets remain the same.

Same plastic wristbands. Same pool complexes the size of small cities. Same emcee bullying you via megaphone because he needs one more for beach volleyball.

And the same overwhelming feeling that you could plop the whole operation down on any island on earth without missing a beat.

But every once in awhile, you find a resort like The Cove, a 57-room hideout on unassuming Eleuthera, a 110-mile-long Bahamian island that remains one of the region’s best-kept secrets. You can swim with pigs, you can partake of a “hammock happy hour” and best of all, you can be there in just an hour from Miami.

Had Frank Lloyd Wright ever plied his trade in the Bahamas, you get the feeling he might have created something like The Cove, which complements its surroundings and the greater community, rather than dominating them.

Originally built in the 1960s, the resort was purchased in 2012 by playboy real-estate magnate Sidney Torres, who dumped $40m into its restoration, subsequently using it as a personal party retreat as often as he did a legitimate business. In 2015, he sold it to Arizona’s Enchantment Group, who continue to operate the property.

The first thing you notice upon entering is that there’s not much to notice, at least relative to other high-end resorts. There are no sprawling, “Instagram me” entrance halls, no elaborate stone walkways ushering guests from one staging area to the next.

Instead, you see water — pristine, arresting, postcard-blue water —, patches of Bermuda grass and a pair of white beaches flanking a hilltop bar that lends itself to widescreen sunsets. In other words, you see the setting first, and the accommodations second: an inversion of the typical five-star paradigm, but a welcome one.

Which is not to say that the creature comforts disappoint. The Cove’s 57 ocean-front cottages, villas and guest rooms are uniformly finished in simple white wood, with wraparound balconies and comfy patio furniture. Inside, conditions are spartan but stellar: the mattresses large and supple, the thread counts expectedly high. And while you can watch TV or enjoy a meal in bed, there is an overwhelming sense that the room is there for sleeping, washing and storing your sh*t — the real vacation awaits outside.

The level of service at The Cove, unlike the property, is anything but modest. The mostly local staff are, to a man, a lovely and hospitable bunch, happy to shoot the bull with guests or assist with needs big and small. Onsite, you can book a treatment at the small-but-well-appointed spa (a new one is scheduled to arrive in 2019), borrow a kayak or paddleboard, charter a boat cruise or arrange a driver for other parts of the island.

Activities from the boat include snorkeling, conch diving, spearfishing for invasive lionfish or, as you’ve probably seen in the photo album of any friend who’s ever visited the Bahamas, swimming in a literal bay of pigs. If you’ve never met a pig, know that they are essentially cloven-hoofed dogs with sharper teeth and five times the appetite. Their only purpose is to eat, and ravenously, and a handler along the beach will outfit you with lumps of chicken sausage to lure them in for a photo. Just don’t try to feed them by hand — to a pig, human fingers are easily confused for said sausage.

Other day-trip ideas include hopping a ferry to Harbor Island, Eleuthera’s smaller but more chic and densely populated sister island, diving into one of the island’s salt-water cenotes (profoundly deep and blue swimming holes where local kids tend to gather) or hanging out at the famous Queen’s Baths, a series of natural pools that fill up with bathtub-temp water at high tide.

No matter your destination, be sure to take in the views from Glass Window Bridge, where Eleuthera — which is only one mile wide at its most rotund — narrows to about 50 feet, allowing one to see both the gentle, blue-green Caribbean and forebodingly dark Atlantic waters in one glance.

Attempting to explain this sensation would not do it justice. You’re just going to have to go see it for yourself. 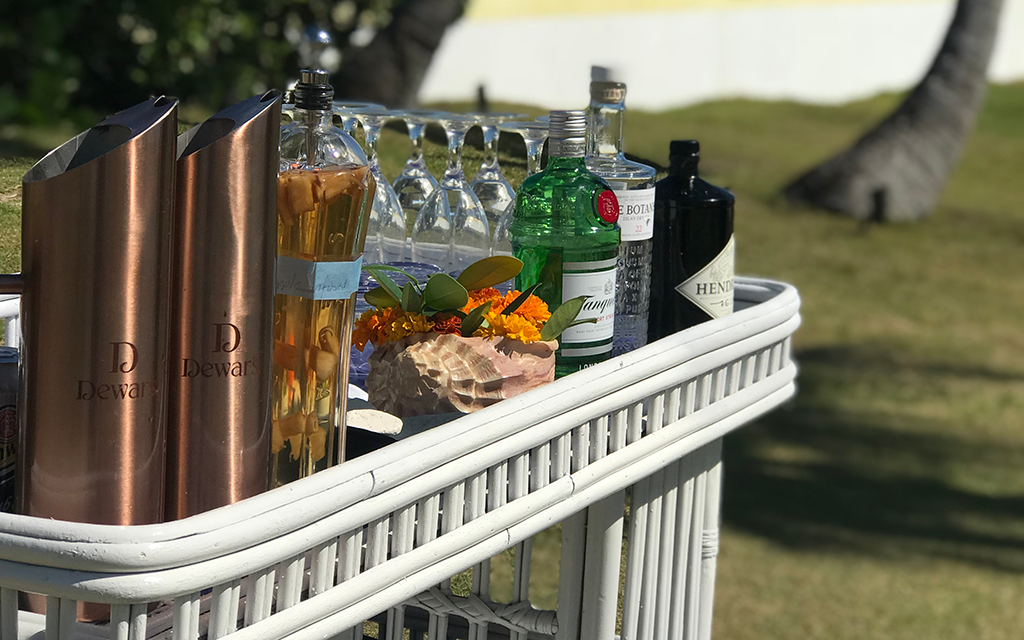 For this writer, exceptional food must be a hallmark of any destination resort that wants to rank among the best. And too many times, I have visited properties that were majestic in stature, setting and comfort, but subpar come mealtime. This was not the case at The Cove.

The offerings are wonderfully simple: all-hours room service, a lunch-only grill and Freedom, the dimly lit bistro where you’ll supper each night. Intrepid eaters might bristle at this level of minimalism, but I could’ve eaten the menu at Freedom for two weeks on end without repeating a dish. The seafood was expectedly superb (the grill’s lightly breaded grouper tacos and Freedom’s lobster tail were among my favorites), but the turf held its own as well: the fondue-drenched NY strip would be at home on any Manhattan steakhouse’s menu.

As for drinking? Don’t expect any all-hours nightclubs or rowdy pool parties; there are other Caribbean islands for that. But there is a bar perched out on sunset point that divides the resort’s two beaches (along with the world’s most understated helicopter pad), and servers will ferry cocktails to just about any lounger or cabana on the premises.

There is also, crucially, an afternoon custom The Cove calls hammock happy hour — it is exactly what it sounds like, and delightful. Be sure to order a Gregory Town Special at some point, which involves locally distilled rum and a lot of pineapple, Eleuthera’s primary export.

COST AND IMPORTANT DETAILS
North Eleuthera Airport (ELH) is just an hour flight from Miami or Fort Lauderdale; there is also direct service from Orlando, Tampa, Atlanta and, starting in December 2018, Charlotte. Rooms start at $379 per night for two adults.

AND IF YOU FALL IN LOVE WITH IT …
There’s a fully developed 3.5-acre island on sale just off the coast of Eleuthera for $2.5M. We passed it during our boat charter and considered selling InsideHook to finance it. You’d also be neighbors with Lenny Kravitz, who owns a sprawling, multi-residence beach compound next door to The Cove.