This German city has a snowstorm of festive markets, a traditional Japanese food scene and the longest bar in the world

Consistently ranked among the top winter vacations in Europe, Düsseldorf, Germany’s obscenely elegant fashion capital is the opposite of a well-kept secret. With its 13th-century churches, a wealth of brilliant museums and town squares that turn into a glimmering Christmas wonderland come November, the city has never had trouble luring visitors from around the world.

Parks, museums, galleries, historic sites and art shows: the appeal of Düsseldorf lies in its inexhaustible offerings. Photograph the striking Rhine tower from afar and take a closer look at the works of renowned artists such as Pablo Picasso on K20’s exhibition walls. From the modern Rhine district, go west to splurge on a hot cup of java at one of the many specialty coffee shops on Hunsrückenstrasse street. For a glimpse of Mediterranean living, detour several blocks towards the Rheinuferpromenade, or continue on towards Hofgarten, the first and oldest public garden that is best explored on a leisurely walk.

Do as the Germans do and embrace the brewski culture. With more than 260 brewpubs in Altstadt (old town), a good time is never more than a few minutes away. Showcasing a collision of German, Rhineland and Japanese cuisine, Düsseldorf is at the center of an ongoing culinary revolution, while the upscale dining scene — internationally renowned and awarded — has become popular and prevalent. The only problem for visitors planning a trip during the holiday season, faced with a seemingly endless list of exciting things to do, is keeping up.

Join the Crowds at the Christmas Market Trail

Visitors will likely be entranced with the mid-November outdoor markets — the early celebration is an ode to a long-standing German tradition that dates back to the 14th century. Düsseldorf boasts three larger-than-life displays: Altstadt-Markt, Handwerker Markt and Schadow-Markt. Altstadt-Markt is swathed all over the historic old town district where the market huts mimic the design of medieval burgher houses. Here, you’ll find plenty of Glühwein (German mulled wine), straw ornaments and local pastries. Handwerker Market and Schadow-Markt offer all of the above, but with a more traditional edge: with the aroma of German Gebrannte Mandeln (almonds roasted in cinnamon and sugar) wafting in the air, here you will find small businesses and local artists dominating the marketplace.

Yes, it’s touristy, but within a couple of hours, you can walk through this annual showcase and slip the crowds to go ice-skating near Corneliusplatz, followed by a stroll down Königsallee to see the Dome of Lights on display.

Take a Quick Trip to Japan Through Little Tokyo’s Ramenyas

During the 20th century, Japan developed a strong investment appetite after recovering from its defeat in World War II. Düsseldorf’s booming steel industry drew their attention, and its proximity to Europe’s biggest river port in Duisburg made it an even more enticing choice. The first immigrants from Japan came here to work in the mining sector and were quickly followed by generations of highly skilled professional workers, leading to an eruption of Japanese culture in and around the city. And so Little Tokyo was born.

Today, the majority of restaurants and storefronts are concentrated on Immermannstraße St between Altdst and District 1, a stretch packed with fast-evolving ramen-yas and upstart creative shokudos (dining rooms) serving authentic Japanese fare.

Some may consider a ramen bar-hop an overly expensive endeavor, but the noisy, no-frills digs dotting the strip are always busy for a reason. For first-time Little Tokyo diners, Takumi unfailingly delivers the absolute best bowls of ramen. Get there around 11:30 a.m., and you can hopefully skip the lunch hour line that wraps the block around 1 p.m. Order the spicy vegetarian tofu-miso ramen or Kara Ebi miso ramen ($16.50), karaage-don ($9) and the wakame salad ($7). For a more relaxed alternative, Tonkatsu GONTA has excellent tonkatsu (Japanese Pork Cutlet) ($19.50) and a serene ambiance. 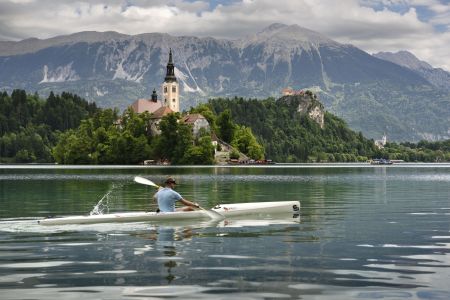 Slovenia Is One of the Least Popular Tourist Destinations in Europe. Here’s Why You Should Go.

The unheralded Southern European nation has it all: vineyards, biking trails, ski slopes and castles with batshit backstories

As dusk falls, Altstadt, a small quarter in central Borough 1 sandwiched between Heinrich-Heine-Allee and Hofgarten, comes alive. Home to more than 260 bars and the city’s signature Altbier, this place is the anchor of Düsseldorf’s century-old brewing tradition and live music scene. It’s where the locals go after a long day and let their hair down. Filled with German beer enthusiasts, creative cocktail aficionados and crowds from near and far, you will find people drinking up the traditional Alt beer — a copper-colored, full-bodied beer made using a cool fermentation process — at one of the many breweries, or sipping special barrel-aged cocktails exclusive to Bar Alexandra (beer, about $3; cocktails, $12 to $18).

Before leaving, visit the St. Lambertus Basilica. Founded in 1288, it is one of the most storied Catholic churches in the country, featuring brick Gothic architecture and a twisted roof which, if you believe the regional folklore, was an act of rage by the devil.

Where to Stay and Dine

Pack in 200 years of history at the Breidenbacher Hof, opposite Heinrich-Heine-Allee subway station at the Königsallee. Stay here for designed suites, masterful hospitality and unique experiences that the staff specially craft for guests. The property was concepted by entrepreneur Wilhelm Breidenbach in 1806, and it’s become a part of the local history while offering modern-day luxury living. A few steps away from the glitzy Rhine embankment promenade is Steigenberger Parkhotel, an architectural edifice raising the bar for upscale hotel stays with uninterrupted views of Daniel Libeskind’s iconic Kö-Bogen building and an on-site restaurant offering a selection of 40 different champagnes.

For the finest in Rhineland cuisine, Brauhaus Fuchsjagd and Im Goldenen Kessel are both great options for classic German food. For those who want something more contemporary, Brasserie 1806 serves up delightful continental European cuisine with delicacies like French-style trout tartare and monkfish ceviche. If you’re looking for something a little more upscale, take a detour toward the urban quarter of Düsseldorf-Hafen. Michelin-starred restaurant Im Schiffchen — which isn’t too far from the Düsseldorf central station — is a go-to spot for the finest Wagyu beef. In the neighborhoods of Loerick and Carlstadt, you’ll find Daidokoro Umaimon and QOMO Restaurant and Bar, respectively. The former presents Japanese chicken specialties in an unfussy traditional setting, while the latter serves Japanese fusion fare in a 360-degree rotating restaurant atop the Rhine Tower. 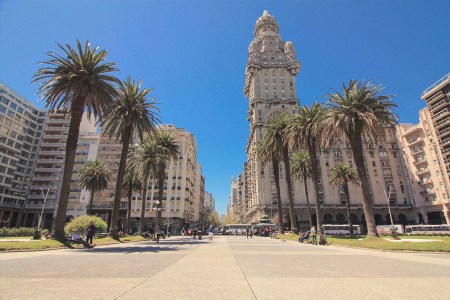 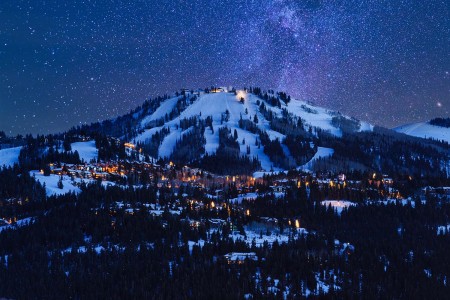