Indonesia Wants to Remind You It Has Islands Not Named Bali

Find temples, volcanic craters and surf towns all across the massive country 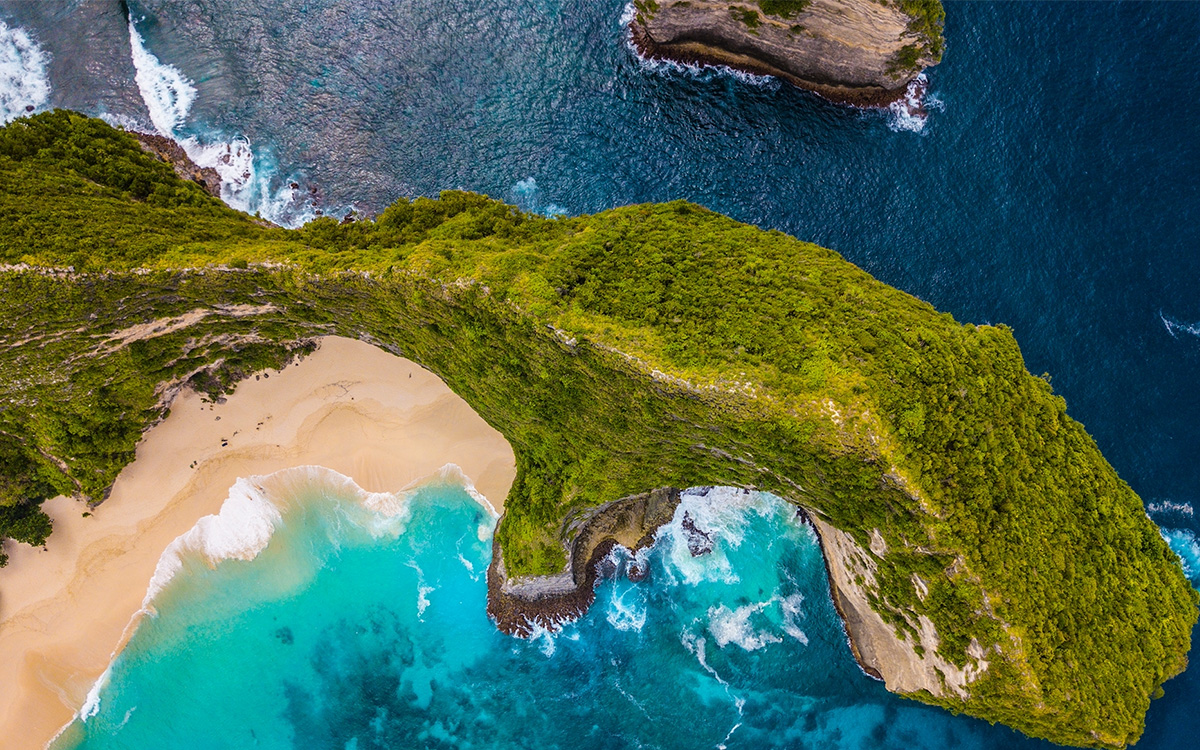 There are 18,307 islands in Indonesia. That’s fifth-most of any country in the world, but most people can only name one: Bali.

The island is a brand unto itself at this point, synonymous with self-exploratory retreats, coral beaches and temples in the shadow of volcanoes. Bali takes in around six million visitors each year, and they’re a disparate bunch, ranging from backpackers staying in value hostels to well-off couples spending nights at Amandari.

It’s odd, though, that a generation of Instagrammers all flock to the same island. Over 40% of tourism to Indonesia last year was to Bali, and governmental officials, helmed by President Joko Widodo, have noticed. Widodo was reelected in May of this year, winning 55.5% of the vote, and he appears intent on convincing tourists — Malaysians, Japanese, Americans, what have you — to come visit other areas of the country.

His plan, which has been called “10 New Balis” in the press, is to transpose the success Indonesia has found with Bali to several corners of the country; see a chart of those corners here. Widodo, and his supporters, believe that if these new areas are given the attention they deserve, by 2020 Indonesia can increase tourism to 8% of its total GDP, increase its foreign exchange income to $18 billion, and employ 13 million Indonesians with jobs — for reference, the country has a surprisingly high population of 270 million.

Areas that Widodo is most interested in “Bali-izing”? They’re not all beaches. Lake Toba, the nation’s largest lake and actually a caldera (a volcanic crater) is one. The Indonesian government imagines watersports on the lake, and surrounding museums that detail the way of life on Lake Toba’s island, North Sumatra. Another hotspot is Borobudur, a 1,200-year-old Buddhist temple that doesn’t get nearly the same dinner table recognition as Angkor Wat, despite claiming over 500 Buddha statues. The, of course, there a slew of glittering coastlines, from Wakatobi, which is a pristine dive site, to Lombok Mandalika, a neighbor to several surf spots.

The challenge for Widodo and Indonesia will be getting the word out about these places, and developing the infrastructure to make sure visitors can hop off their international flight and reach these places without having to experience a series of regrettable misadventures. Provincial airports are in dire need of overhauls, as are public facilities, and the nation’s roads are too often entirely congested (Southeast Asia loves its motorbikes) or remote and unkempt. This is part of a long laundry list that includes desires to enhance internet connectivity, build sustainably, and relax seaport regulations (think access for personal boats).

Foreign investment, particularly that from Middle Eastern powers, will be key for Indonesia to make any of these changes, and meet its hefty 2020 goals. Widodo has apparently been pitching anyone who will listen, and the fit makes sense, in an admittedly very oversimplified way — Indonesia is the biggest Muslim-majority country in the world.

Whatever your faith, though, Indonesia should be on your travel list, and on your radar over the next few years. When you do plan your visit, keep in mind Indonesia’s dry season lasts from May to September, and even if the A-to-B travel isn’t yet at its 2030 efficiency, many of the “new Balis” have already seen a influx of development. Check out Tanjung Lesung for instance, a beach only 100 miles west of Jakarta (the capital), which already has all manner of ocean fun, a number of affordable beach clubs, and boat rides to Krakatoa Volcano.