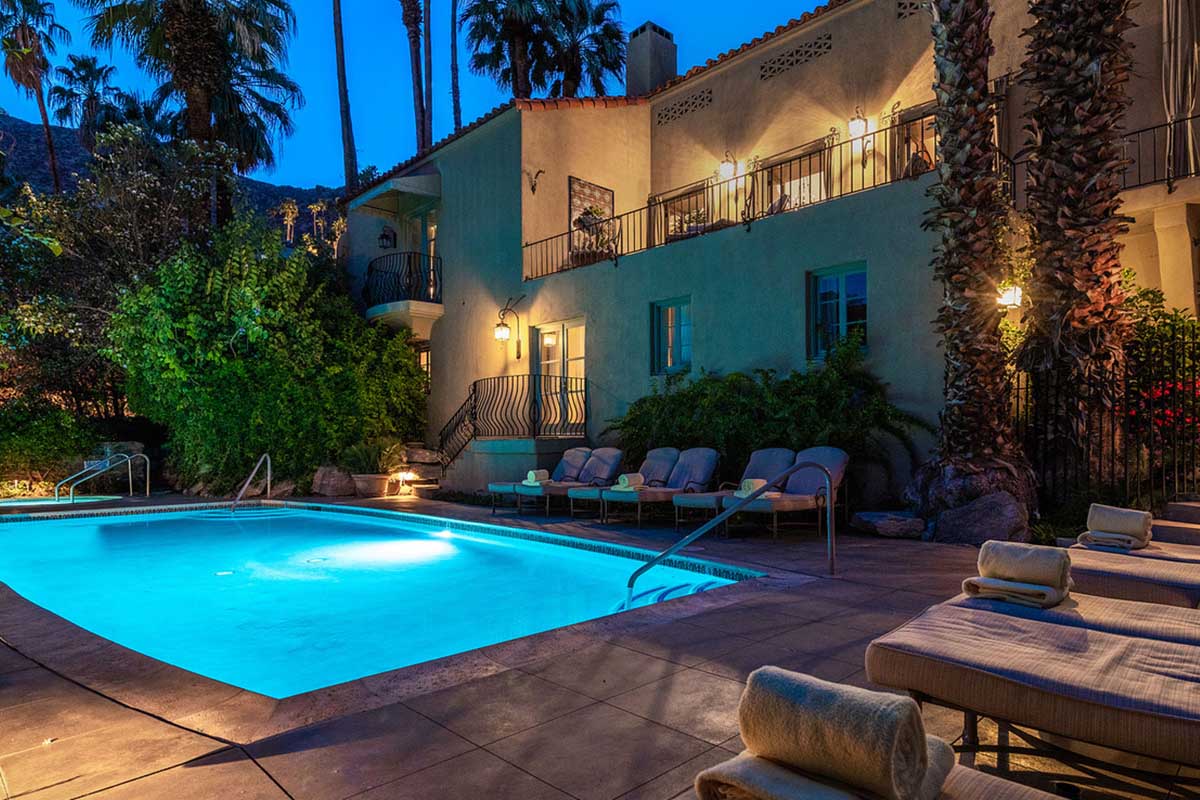 In practice, hotel buyouts aren’t a newfangled response to a fast-changing world — just ask your richest friends, the ones who bought out the Amantaka for their destination wedding in Laos. Anyone with the cash can buy out a hotel, pandemic or not.

The difference is that the bar is likely lower than ever before. Buyouts are no longer the province of those about to be married or others celebrating a singular milestone, who want to be surrounded by their invitees and no one else — instead, they’re the only way to approximate what many perceive as a baseline level of personal safety during an exceptional public health crisis, away from home. (Disclaimer: Like literally all travel writers I know, your correspondent is staying home this year, even if it’s getting claustrophobic.)

Here, a selection of the California hotels offering buyouts. We’d wager, though, that given the shambolic state of the travel industry, most independently owned establishments — and particularly those with under, say, a half-dozen rooms, like your favorite bed-and-breakfast — will be open to any creative strategy if it means staying afloat. Give that B&B you’ve had your eye on a call — we bet they’ll be amenable.

Rooms: 5
Features: The best hotel dining in … everywhere? The entire world? Take it from Michelin: “Exquisite barely begins to describe a meal at this Healdsburg jewel.”
Singularly good deed: The kitchen has been producing 200 meals a day for Sonoma’s vulnerable populations, particularly the elderly, since the beginning of shelter-in-place.
What you would have been doing in February: In fact, you’d probably just be eating and relaxing — so little change here.

Rooms: 6
Features: 50-foot pool
Possibly extraneous feature: “We feature a private oversize guest parking lot ensuring social distancing.”
What you would have been doing in February: Running between wine tastings across Sonoma and getting a mud bath at Dr. Wilkinson’s.

The Mansion at Casa Madrona, Sausalito

Rooms: 11
Features: Non-controversial opinion: Casa Madrona has the best staff of any hotel in California.
Viable option: Stay by yourself in the super-luxe, 600-square-foot Mansion Suite and roam the other 10 rooms like a malcontented billionaire.
What you would have been doing in February: Exploring Sausalito’s extremely walkable downtown; driving over to the Marin Headlands for hikes above the Pacific coastline.

Rooms: 17
Features: A break from Palm Springs’ non-stop midcentury vibe, with a gorgeous, Old World-leaning aesthetic.
Historical Note: The hotel consists of two Italianate mansions; one is named for Roland Bishop, “the purveyor of the largest candy and cracker concern in Los Angeles.”
Also: Einstein stayed here.
What you would have been doing in February: Stopping by the excellent Palm Springs Art Museum for a look at the collection of Western art.

Rooms: 47
Features: Direct access to “Billionaire’s Beach.”
Financial footnote: When David Geffen sold the inn in 2015, it went for $80M, or about $1.7M per room: “the highest valuation by this measure for any California hotel,” per the WSJ.
What you would have been doing in February: Like at SingleThread, mostly the same as you’ll be doing now: lying in the sun.