In 2018, following a weeklong road trip from New York to Arizona, a friend and I were set to fly home out of Phoenix Sky Harbor International. What seemed a routine stroll through security became moderately less so when my friend was found in possession of a pocket knife in her carry-on. It was an accident, of course — we’d been camping days prior — but we were nonetheless profusely apologetic for having attempted to sneak a weapon through security. The TSA officer, by contrast, was totally unfazed.

The most obvious explanation for that is that, per the TSA’s website, more than 2 million passengers are screened each day at nearly 440 airports nationwide, and on average, officers discover as many as nine firearms (among other prohibited items) per day at security checkpoints. In a 2015 report for The Washington Post, Andrea Sachs wrote, “At Newark, one of the largest facilities in the country, the ‘property custodian’ visits 10 checkpoints in three terminals, dedicating several hours to the collection. The officer might gather 100 to 150 pounds [of unacceptable items] on a typical day. The weight doubles over the holidays.”

All of this to say: our tiny pocket knife was a mere trifle compared to what other passengers were — and are — unsuccessfully trying to smuggle through airport security. But it’s led me to wonder: What exactly are they trying to get through? And what happens to it after it’s been taken away?

Thanks to the official TSA Instagram account, prolific purveyor of travel tips and dad jokes, I now have a much clearer idea. As it turns out, passengers are routinely caught stashing (often incidentally) an array of items that include alcohol, blades, blades disguised as other things, slingshots, shurikens, fireworks, brass knuckles and the occasional fermented shark. And that’s just the tip of the iceberg.

That said, something to note is that — according to a spokesperson for TSA — items, regardless of classification, are almost never truly confiscated. If a passenger arrives at a checkpoint with a prohibited item, they’re given a series of options: they can put the item in a checked bag; hand it off to a non-traveling companion; return it to their car; mail it to their home or final destination, assuming the airport has a mailing center (some do, some don’t); or they can voluntarily surrender it to TSA. Contrary to popular belief, however, that’s where TSA’s procedural participation ends.

“Now let’s assume it was surrendered to TSA. TSA saves the items and transfers them to the state. That’s TSA’s entire involvement. The end,” a spokesperson tells InsideHook. “At that point, the state owns the items. The state then can do with them as they please. Some states sell the items and the state keeps the profit. TSA makes no profit.”

But while some of the items that don’t make it through (namely liquids and aerosols) are destroyed, many of the others, at least of the legal variety, embark on a new journey. So if you’re a bit of a miscreant with a penchant for sharp objects, you’re in luck, because in addition to being available for viewing on Instagram, many of the surrendered items actually wind up being available for purchase, too.

After the seized (and lost) items are collected, they’re sent to the closest state agency for surplus property. For example, in the Northeast, according to The Washington Post, many airports both large and small send their abandoned property to the State Surplus Distribution Center in Harrisburg, Pennsylvania. From there, it is sorted out and either sent to a thrift store or sold online, often in bulk.

One such website where contraband is then sold (though there are several, Public Surplus and GSA Auctions chief among them) is GovDeals. Touted as being a liquidity services marketplace, GovDeals is a one-stop-shop for an incredible and genuinely bizarre range of products, and the ones that fall under the “Confiscated/Forfeited/Personal Property” umbrella are no exception.

At the time of this writing, that section contained knives, wrenches, snow globes, corkscrews, keychains, dumbbells, neck pillows, multitools, hiking/skiing poles, canes and umbrellas, kitchen gadgets, electronics and cords, and earbuds and pencils (which were inexplicably bundled together). And all of those things are available to purchase in bulk. There was also a listing for a large collection of jewelry, presumably varying in value, the most recent bid for which was just $53.

Even still, the Pennsylvania Federal Surplus Property Program, in particular, has apparently always been profitable, even in spite of its questionably low prices. In an interview with Troy Thompson, the press secretary of the Pennsylvania Department of General Services, Motherboard reported that — by his estimate — the now 17-year old program has “earned millions of dollars over the years.” One man’s trash is another’s treasure, as they say.

Among one of the most intriguing-to-me items listed on GovDeals was a vintage Gerber Paul knife. For a fleeting moment, I considered entering a bid with the intent to gift it to the friend who, three years ago, surrendered her pocket knife to TSA. I realized it probably wasn’t the best bang for my buck, though … two listings up from the Gerber Paul was another lot, this one for 15 pounds worth of Leathermans for just $36 more. Fortunately logic stepped in and I bought neither.

Instead, I decided that the solace I found in knowing that her knife got a second stab at things was enough. 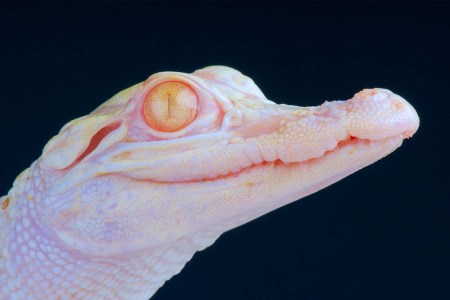 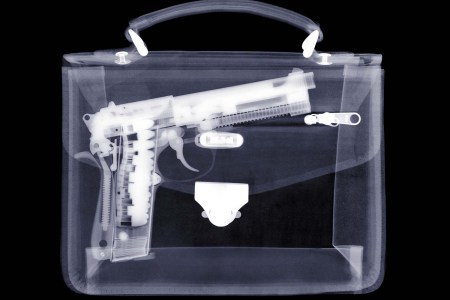 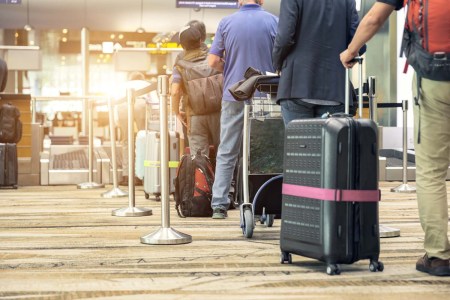 Why Is Homeland Security Pushing TSA PreCheck Over Global Entry?