The Strange, Spartan Allure of Bedouin Living in the Jordanian Desert

Ed. note: We know you can’t really book any international travel just yet. But there’s nothing wrong with planning — or perhaps just daydreaming about — your next big adventure. We present this latest story in the hope that it will inspire your future explorations of the world we all call home.

Night is falling in Wadi Rum, a stretch of desert in southern Jordan both barren and beautiful, a striking, surreal setting so altogether otherworldly that it serves as a common filming locale for movies literally taking place on other worlds, from The Martian and Red Planet to Rogue One and The Rise of Skywalker. My body is aching in ways I hardly imagined were possible until this very day, after having spent six some hours on the saddle while covering 50 kilometers of rugged, sandy trails by bike.

Though I’m sweaty and sandblasted and overheated, it’s still the desert, and so as the sun vanishes so do any traces of its warmth. The fierce wind and the chill it brings are almost too much to bear, if not for the large canvas tent a short walk away, lit up from within like a beacon for the weary traveler. It’s the communal gathering spot at the Salem Camp, a Bedouin outpost run by Salem Geblan and his family, catering to the tourists and trekkers passing through the famed Valley of the Moon. The area is all rolling red sands spreading for miles in every direction, abutting sudden steep-faced clusters of brown mountain outcroppings seemingly sprinkled across the landscape at random.

Inside, a fire blazes away with two dozen people circled around, everyone layered up with sweatshirts and scarves, sitting atop pillows on the rugged floor or leaning against them along padded benches. The window flaps to the tent are shut tight against the wind, useful for heat retention, though also for trapping the smoke inside with us, the lingering campfire smell so heavily embedded into my clothes I’m unsure if they’ll ever smell of dewy springtime meadows, or whatever the latest detergent aroma du jour is, again.

Once seated, a steaming cup of mint tea is quickly proffered, its warming, aromatic embrace an apparent miracle cure for just such an exhausting day, a veritable soothing salve for the soul. I assuredly speak less Arabic than the young male tending to the fire and the tea speaks English, but I manage a shukran, accepted by him with a smile, and no further words are needed. We are welcomed into his family’s home, a sturdy shield against the harsh desert laying beyond the tent’s walls.

This is the nightly ritual at Salem Camp, and likely at the other Bedouin camps dotting Wadi Rum and Jordan at large. There are several hundred thousand Bedouin in the country, with many of them maintaining their traditional nomadic or semi-nomadic lifestyles. As a growing contingent of them have adapted to the modern world of tourism, they’ve found not only a lucrative business but a rare platform for direct cultural exchange. There’s simply no better way to begin understanding what life is like for a group of people than spending a few nights with them in their home, on their land, following the rhythms and routines of their lives.

It doesn’t hurt that many of those routines are built around expansive communal meals. After warming by the fire and getting your fill of tea, it’s time for the evening’s main event. Step outside and the stars are now lighting up the sky in the type of clear and absurd fashion I previously thought was reserved for the movies filmed here, as opposed to the real world around us. It’s a fitting background for a feast that is equally as mind bending. Salem leads us outside, and as his cohorts are chanting and clapping, begins shoveling away sand from a mound adjacent to the tent. Soon we see the metallic protrusion, a large barrel buried vertically under the sand and surrounded by dusty, dying embers of charcoal. Once the barrel has been unearthed and the top has been lifted off, steam swiftly rushing to the stars above, a multi-tiered tray is removed, and the wonders of zarb are revealed.

Zarb more properly refers to this style of cooking as opposed to the dish itself; similar to how you may join a friend in his backyard for a barbecue without knowing precisely what you’ll be eating. It’s a cuisine, sure, but it’s an event, a whole experience. The dish is slow-cooked in its sandy tomb all day, leaving you to excavate and raid its buried treasures in the evening. There’s room for flexibility in terms of what you’ll be tasting, though you’ll likely encounter tender morsels of smoky chicken, onions that melt away in your mouth, and layers of cubed potatoes and sliced zucchinis which have accumulated all of the flavors and juices of the other ingredients. It’s all served alongside a smorgasbord of warm flat bread, pickled sides, vegetables, dips, and salads you can mix and match with in endless combinations.

It may be hard to top the comfort of the fireside tea or the spectacle of zarb, though a mountain trek the next morning soon proves the Bedouin treats haven’t ended just yet. After several hours spent ascending one of the highest mountains in Jordan, to an elevation over 1,500m, it was time for a rest. Little did we know that Salem had been carefully foraging for herbs, including wild thyme, throughout the entire hike. After unfurling his precious cargo and starting a fire, it wasn’t much longer before he had a pot of herbal Chai brewed up for us.

At other mealtimes you’re sure to find both that ubiquitous bread and the spread of sides, served with dishes such as yellow lentil soup laced with cumin, a hearty staple served throughout the afternoon and evening to fuel your daily desert expeditions. There’s also mansaf, herb-seasoned goat or lamb in a fermented, dried yogurt sauce over rice, which is far greater than the sum of its parts may sound to the timid western palate. The meat and rice are served together on a platter, and you pour the yogurt sauce atop the pair, rolling up a little ball of all the good stuff with your right hand and popping it into your mouth.

I’ll always salivate over the food, but if that’s all I had come away with I would have been missing the point. A friendly fireside smile. A jump for joy atop a rugged peak you just scurried up, that surreal moonscape thousands of feet below you. The communal approach to life centered around leisurely gatherings of friends and family, inviting one and all to share and partake in what you have. A wistful feeling which sets in before you even leave, knowing that while you may be eager to return to the modern lifestyle you’re accustomed to, you’ll be hard-pressed to ever recreate the authentic magic of the Jordanian desert and the Bedouin people.

How To Do It

A number of tour operators are well equipped to take you to the Valley of the Moon and back again. Terhaal Adventures is the local group I connected with, and they specialize in active tours including hiking, cycling, canyoning and trekking, while also customizing itineraries with anything from traditional sightseeing to stops at the Dead Sea. They partner with Bedouin camps to book group stays, though you can also book a number of camps directly online for yourself.

Keep in mind that Wadi Rum is not at the same site as the renowned marvels of Petra, regarded as one of the New Seven Wonders of the World. International flights will take you to Jordan’s capital, Amman, with Petra a few hours south of there, and Wadi Rum another few hours more southern still, closing in on the border with Saudi Arabia. From there, you’ll also be close to Aqaba, a city which is rapidly building up a high-end tourism industry, and which serves as a good spot for some post-tour R&R, with connecting flights back to Amman – or speedboat service to Egypt, if that’s more your style. Aqaba is an actual stone’s throw from the Israeli city of Eilat, with Egypt and Saudi Arabia also only miles away, the four countries converging along the tip of the Gulf of Aqaba.

Any trip to either Wadi Rum or Petra will include a stop at the other, though with the drive in between you’ll want to find an appropriate camp to stay with at both locales. It’s worth noting that you can opt for a more luxe assortment of accommodations as well, along the lines of picturesque clear-roofed geodesic domes. At Wadi Musa, essentially Petra’s contemporary gateway city, there are also western hotels available if you’ve had your fill of Bedouin life for the time being. 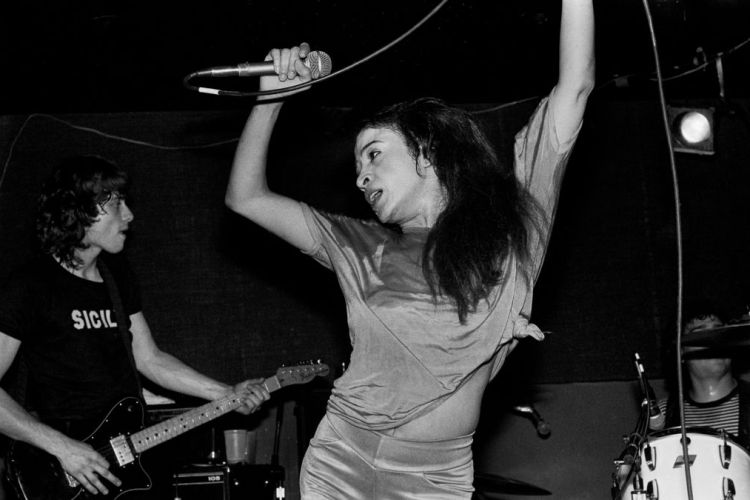 First Drive: The 2022 BMW X3 M40i Proves the M Division Is Inescapable
Traveling With Your Dog? Here’s What You Need to Know, According to America’s Canine Educator Tom Davis
Why Your New Year’s Resolution Already Failed
Snag Some Deeply Discounted Cashmere at Naadam's Archive Sale
Why the Raiders, Patriots, Eagles, Cowboys, Steelers and Cardinals Lost on NFL's Super Wild Card Weekend
A New Female-Led Docuseries Will Change the Way You Think About Marilyn Monroe
This Best-Selling COVID-19 Antigen Test Is Still Available on Amazon
Hate the Taste of Apple Cider Vinegar But Want the Health Benefits? Consider the Capsule.
Save Big on Basics at the Bonobos Season Finale Sale

The 7 Best Travel Destinations for Spring 2022
It’s High Time You Made Yourself a Pair of Custom Nikes
First Drive: The One Problem With Ford's Beastly Bronco Wildtrak
A Crash Course in the Semi-Legal World of Home Distilling
A Deep Dive Into the Surprisingly Complex World of Irish Single Malt