"Extended stay" used to mean drab and impersonal. But these places feel just like home. 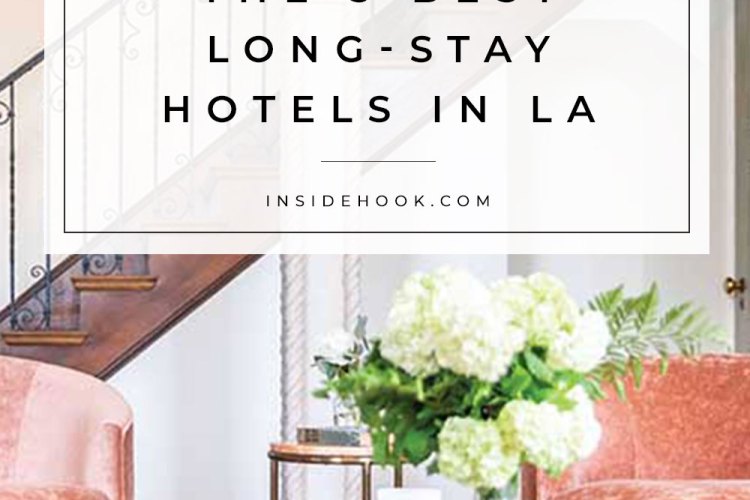 Traditionally, “extended stay” has been a bit of a dirty word, connoting soulless hotel/apartment hybrids that never quite hit the mark. But a handful of options have cropped up in L.A. in recent years that’ll leave you wishing you lived in one full time.

Today, we’ll take a look at three that stand out from the crowd, each in a distinctly different part of town and offering its own unique experiences and amenities. They make for the perfect spots to stash clients or long-staying in-laws, and also represent a great opportunity for a staycation or test drive if you want to know what it’s like to live another part of the city.

THE HIDDEN COTTAGES IN WEST HOLLYWOOD

Centrally located in the middle of the city and home to some of LA’s trendiest restaurants, bars and shops, West Hollywood is ideal for those wanting to be a little closer to the action. However, it’s not all hustle and bustle … if you know where to look. Case in point, The Charlie, a hidden gem tucked away on a quiet residential street in the heart of WeHo (most people who live in the immediate neighborhood probably don’t even know it’s there).

Comprised of a small collection of quaint English cottages built in 1924, The Charlie was once owed and inhabited by Charlie Chaplin (his personal cottage, with the front door sized down for his short stature, is part of the portfolio). Each studio, one-bedroom or two-bedroom unit, some with patios or rooftop decks, features a fully equipped kitchen and washer/dryer, making it easy to feel like you live here. Beyond daily housekeeping, you won’t find many other hotel amenities — which isn’t a bad thing if it’s privacy and self-sufficiency you’re after.

And since units can be rented by the night as well as by the month, testing it out or returning for a fix of The Charlie’s charm is simple.

Unless you live on the far East Side, spending time in Downtown L.A. takes intention and commitment. There are, however, countless reasons worth the effort: incredible museums, theaters, shops, bars, breweries and restaurants, to name a few. With so much to see, do and try in the area, sporadic few-hour visits won’t always cut it. So if you want to work though your DTLA bucket list a little faster, or if you’ve ever wondered what living Downtown is really like, check in to Level.

The high rise complex features one-, two- and three-bedroom apartments, plus an insane penthouse that can be rented by the night, month or year. Its location in the heart of Downtown means there are plenty of great restaurants, bars, venues and hotels (like the Ace and Freehand) at your doorstep. Then again, with 37,000 square feet of amenities, you may not want to leave all that often: there’s an 87-foot-long pool, hot tub, outdoor seating areas with fire pits, BBQ area to cook and dine, full basketball court, huge gym, steam room and sauna. Twenty-four-hour concierge and valet parking help make life here a little easier, as will having a fully equipped kitchen with Sub-Zero and Bosch appliances for when you finally decide to cook in.

Like LA itself, Hollywood sprawls, and figuring out which part best suits you takes work. That is, until you find Franklin Village and immediately realize you can stop looking. A micro-neighborhood set along a few-block stretch of Franklin Avenue, Franklin Village has everything you’ll need to feel like a local: a few cozy restaurants and bars, an ice cream shop, juice shop, gourmet deli, grocery store, UCB comedy theater and even a corner newsstand. To settle in and temporarily call this ‘hood yours, book a one or two-bedroom apartment at Villa Carlotta.

Built in 1926, the historic building gives off Chateaux Marmont vibes with its loungy lobby and original, castle-esque interior architecture. Offering hotel-style services and amenities, there’s a 24-hour concierge, valet, schedule of wellness classes (breathwork, yoga meditation and pilates), gym equipped with Peloton bikes and a heated saltwater pool. For some of California’s famous indoor/outdoor living, head up to the rooftop, which hosts occasional movie screenings and offers an unobstructed view of the Hollywood sign.

Stays start at a minimum of 30 days, so plan to stay awhile.