Once part-owned by Charlie Chaplin, The Culver Hotel is back with a high-gloss update

When owner Maya Mallick first encountered The Culver Hotel back in 2007, there wasn’t much going on in now-bustling Culver City. The building itself, constructed in 1924, had been neglected for years, and the downtown area was still undeveloped — but Mallick saw something in the property that superseded the disrepair. “We walked into this beautiful building and it spoke to us,” Mallick tells InsideHook. “It was evident it had been neglected for years, and it was a depressed neighborhood at the time. Still, we felt we could make it into something much more than a hotel, it had a beautiful presence and soul. We wanted to bring it back to life, in some sense.”

Mallick and her sister were transitioning out of a career working in fashion, and had learned the hospitality business from their mother, a hotelier herself. Already looking in the property market, they decided to buy the landmark building and work to restore it into the classic hotel it once was. Initially opened almost a century ago as Hotel Hunt by Charlie Chaplin and Harry Culver, the founder of Culver City, the building’s history speaks for itself. Culver was intent on turning his new city into a haven for filmmakers and established offices at the hotel, which has been featured in countless productions and played host to plenty of old Hollywood stars: Chaplin and Judy Garland, Clark Gable and Greta Garbo.

And though, retrospectively, 2007 wasn’t the best time to purchase a historic property in disrepair, over the next decade Mallick was able to restore the property as the city revitalized around it. With 46 rooms, each redone in vintage 1920s style in homage to the building’s origins, all the rooms are unique, decorated with whimsical wallpaper, plush velvet finishes and metallic accents. A private speakeasy bar just off the lobby further highlights the property’s Old World charm, and the outdoor garden is just around the corner from the Culver Steps, making it an accessible, walkable part of Culver City’s thriving downtown.

“One of the most important things is that we brought back a piece of history,” Mallick says. “We gave the hotel the opportunity to tell its story again. It was a way for me to bring together a love for design, vintage property and historical  architecture all in one platform. We reopened food and beverage, brought live music in and started doing creative programming to really become a part of the community again. Really turning it around, at the level that we did, was the most rewarding.” 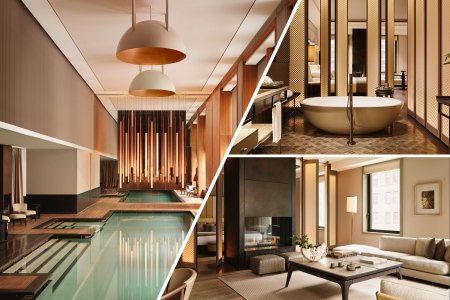 As the hotel and Culver City both grew exponentially over the following decade, it was an unexpected but not entirely unwelcome break when COVID-19 hit in the spring of 2020. They closed for what they initially thought might be a few months, but the pandemic shutdown extended through the rest of the year and into 2021 and beyond, Mallick and her team were able to complete even more serious renovations, not just in the hotel’s largest public space, the lobby, but also internal and back-of-house spaces that needed updates. And in the lull that the pandemic provided, Mallick was also introduced to the idea of connecting with Proper Hospitality as a management partner for the hotel’s future.

“We made some renovations that we would never be able to do with an operational hotel,” she says. “It gave us an opportunity to refresh the hotel in many places that were needed. It also allowed us to stop, and think, and be really thoughtful about how to reopen. Because we grew very quickly once the hotel got more and more popular before COVID, I felt like we were running all the time. COVID really gave us that chance to take a step back and think it through. I happened to come across a friend of mine who is also friends with one of the founders of Proper, and it just kind of clicked. I thought how wonderful it would be to partner with a company who is so aligned in so many of the same areas, from commitment to the guest experience to beautiful design.”

Joining the Proper Hospitality family as a member of The Collective, a group of independently owned, design-driven boutique properties that includes Avalon Hotels, Ingleside Inn in Palm Springs and Venice V, the partnership was reportedly a boon for both parties. Reopening a few months ago with this framework in place, the hotel also debuted the restaurant Lillie’s — named for Harry Culver’s wife, Lillian — under the stewardship of Proper’s Executive Culinary Director Ned Elliott. From the Proper side of things, a respect for the landmark property is furthered by the emotional connection that Mallick and her family brought to the hotel.

“For years, we have admired the Culver Hotel for its incredible architecture, storied history and boutique positioning at the heart of the dynamic Culver City community,” Brian de Lowe, president and co-founder of Proper Hospitality says. “We always felt that the hotel would be a wonderful fit within the Proper Hospitality family and are grateful for the trust Maya and her family have put in us to elevate the landmark property. Across all we do, we strive to cultivate feelings of belonging and connection — sentiments clearly shared by Maya and central to the hotel’s role as a fixture in the local community.”

Rooms at the Culver Hotel are available for bookings here. Tables at Lillie’s can be reserved here.