Everything You Need to Know About ‘Twin Peaks’ Before Revival

Showtime is bring back David Lynch and Mark Frost's iconic show starting May 21. 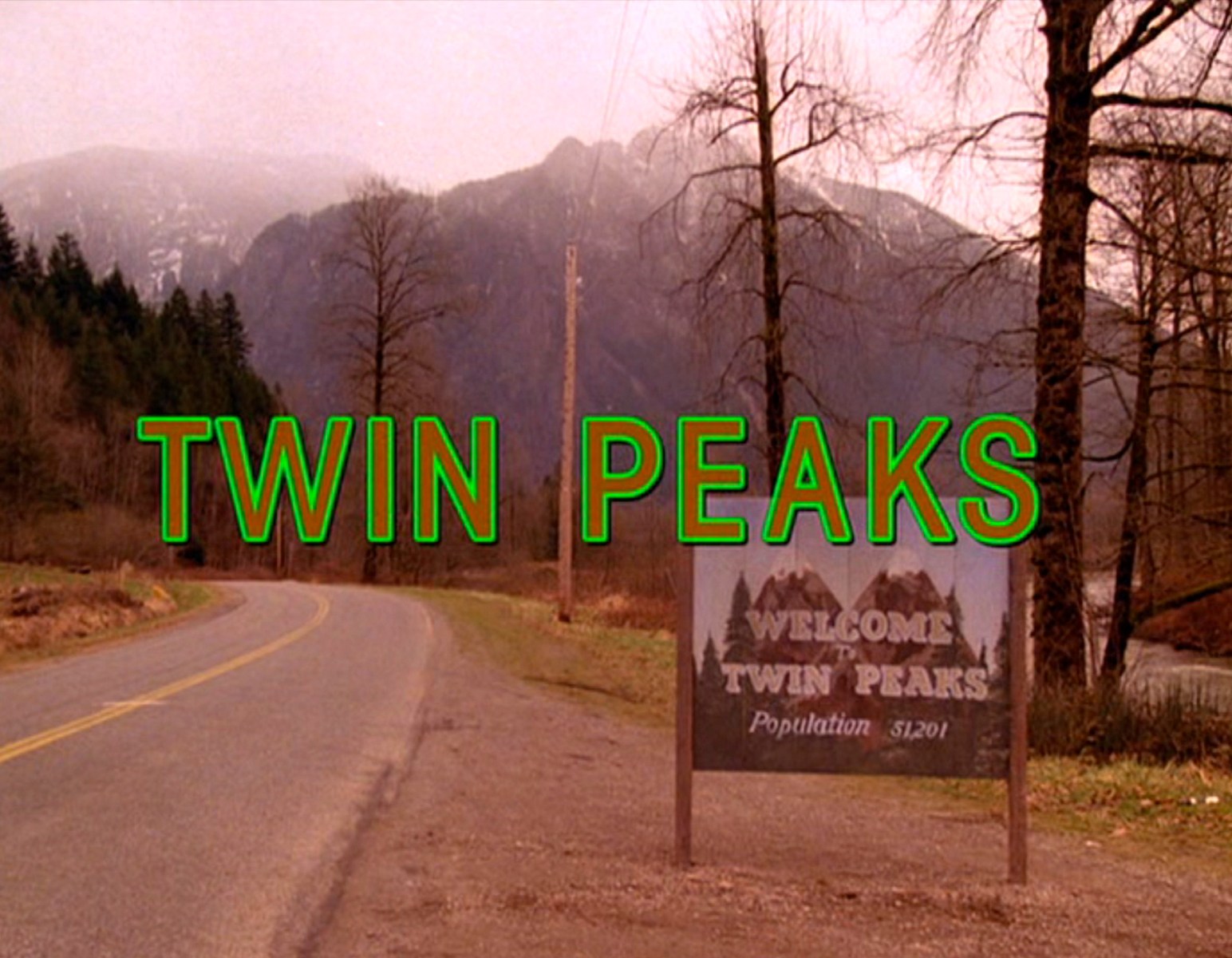 The title scene from the pilot episode of the television series 'Twin Peaks,' originally broadcast on April 8, 1990. It was filmed on Reinig Road in Snoqualmie, Washington. (CBS Photo Archive/Getty Images)
By Will Levith / May 21, 2017 5:00 am

The pantheon of edgy scripted television dramas out there these days—Better Call Saul, 24, The Americans, Stranger Things—is built on a foundation paved by the pioneering shows that came before them.

And one of those early standouts is Twin Peaks, which is finding new life on Showtime starting May 21.

From the twisted mind of bizarro geniuses Mark Frost and David Lynch—known for cult indie films like Eraserhead and Blue Velvet—Twin Peaks debuted on ABC on April 8, 1990, setting off a Dallas-like Generation Y whodunit for the ages, with viewers wanting to know, “Who killed Laura Palmer?” 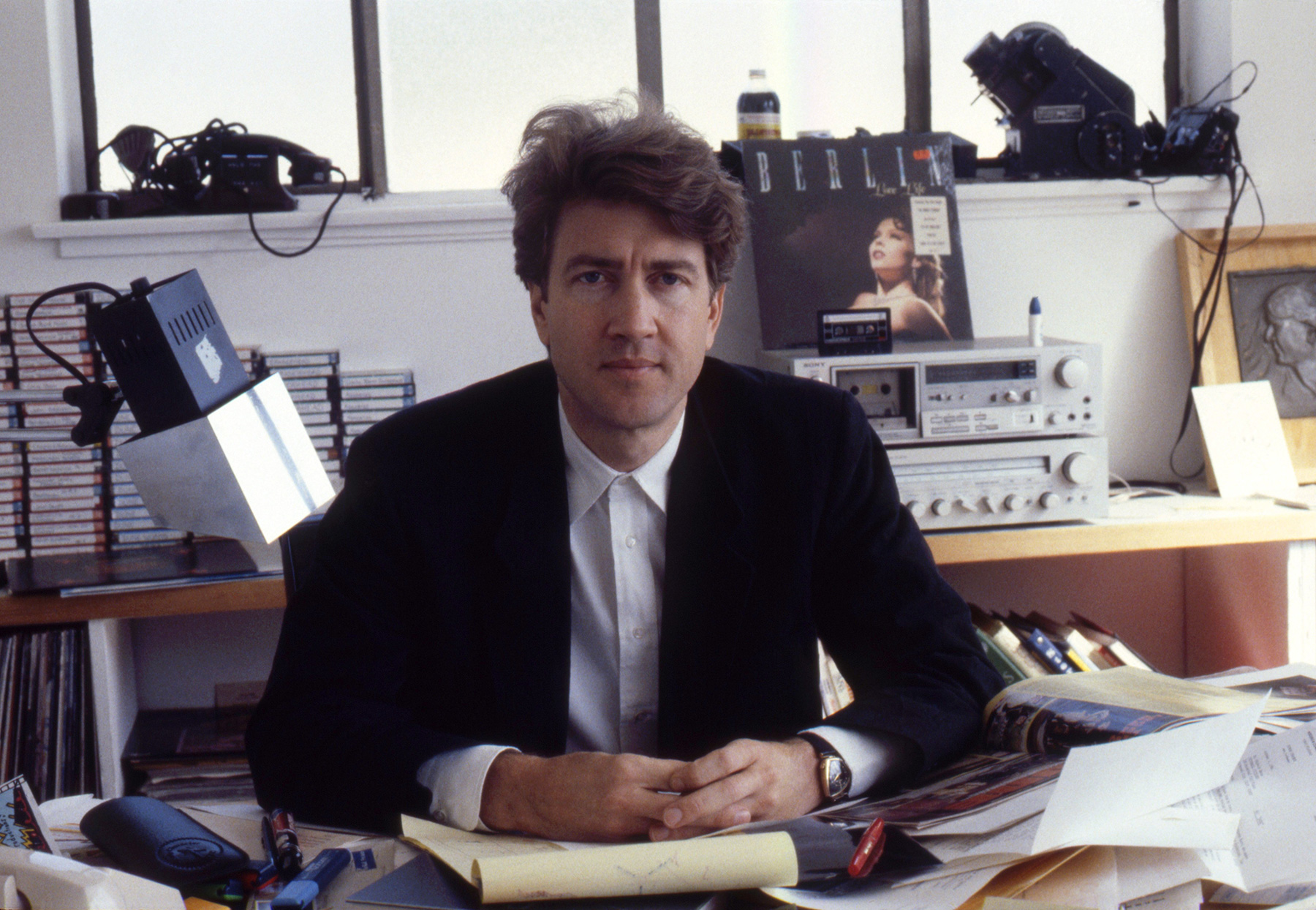 Director David Lynch poses for a portrait session in his office in Los Angeles, California in October 1984. (Ann Summa/Getty Images)

Maybe Twin Peaks‘ most enduring quality was just how much it was able to accomplish, plot-wise, in so few episodes (the series’ first season was just eight episodes long, while the following one got a full, 22-episode order; then it was abruptly cancelled). Besides the mystery surrounding the death of Laura Palmer, Lynch built mini-subplots around each character, and even created tropes within the show’s fictional universe. (Case in point: Invitation to Love, a soap opera Lynch filmed solely to have playing in the background on characters’ TV sets).

That said, once Laura Palmer’s murderer was revealed in episode 14, the show got decidedly more complex and off-the-wall. The most dumbfounding moment came in the series finale when Special Agent Cooper squeezed out an entire tube of toothpaste into a sink, rammed his head into a mirror, saw a different reflection on the other side of the glass, and with blood dripping down his forehead, repeated “How’s Annie?” while laughing maniacally.

Fans who stuck around to the end must’ve been downright befuddled. (It smacks of the series finales of Lost or The Sopranos, both wide open to interpretation and the basis of countless future critiques.) Luckily, it’s provided ample room for an upcoming trip down memory lane.

Now, 26 years later, Frost and Lynch are returning with nearly their entire original cast, bringing an 18-episode revival to Showtime. The show premieres this Sunday.

If you’re a TV purist, you’ll want to watch it the right way—i.e. knowing everything you need to know about the series before you dig in to the long-awaited Season 3. We’ve providing you with a roadmap below. (Obviously, you’re also going to need to get a jump on rewatching the original series, which can be streamed in full on Netflix.)

Note: There are multiple spoilers below, so don’t say we didn’t warn you. 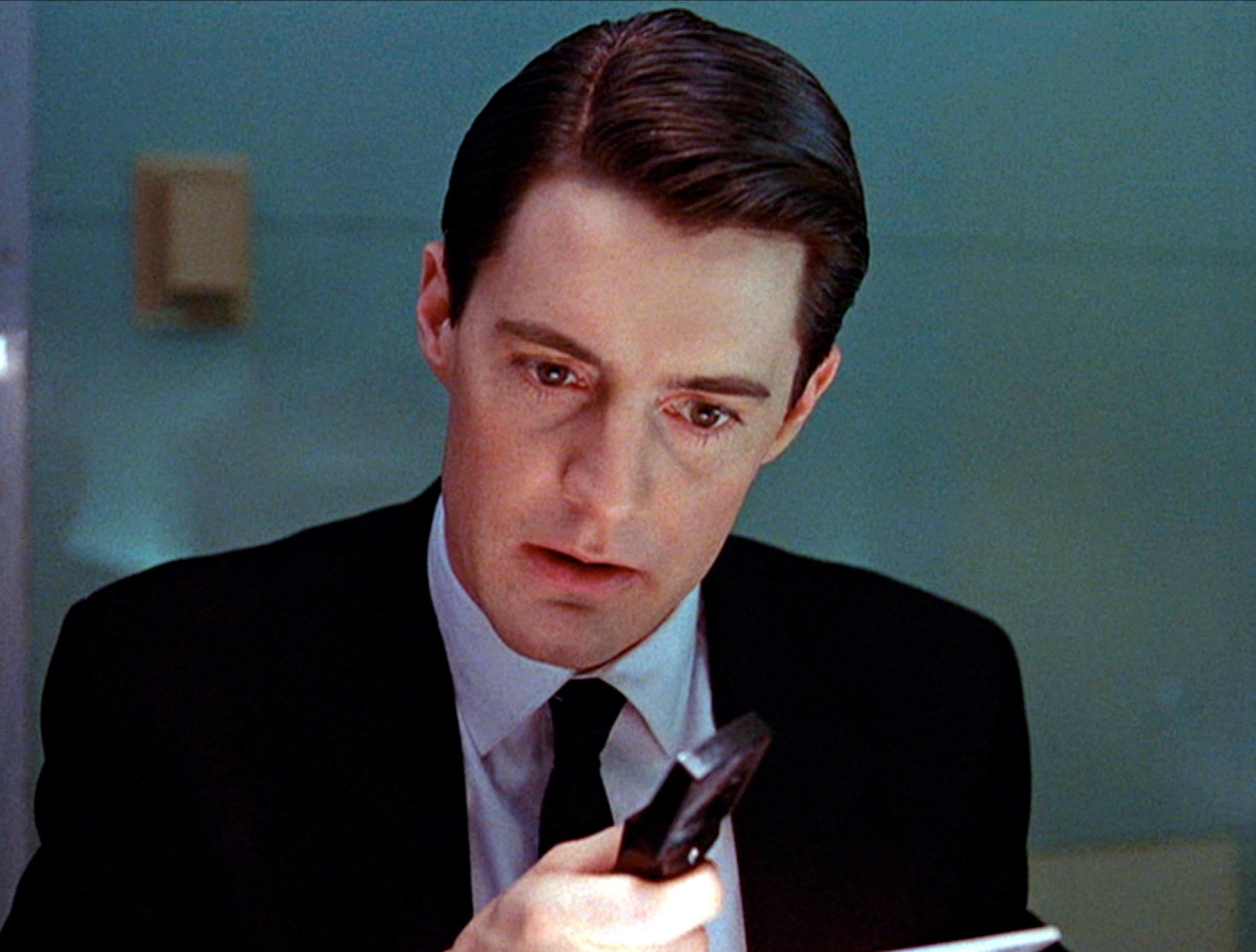 Kyle MacLachlan as Special Agent Dale Cooper hard on the heels of a murderer, from the pilot episode of the hit television series ‘Twin Peaks,’ 1990. (CBS Photo Archive/Getty Images)

Main Course
The real “star” of the series is the ensemble cast and the fictional town of Twin Peaks, Washington, itself. But if we were to tease out the most important cog in the wheel that would be, without question, Kyle MacLachlan’s quirky G-man Dale Cooper, who has a penchant for recording his every thought via handheld recorder (maybe he’ll be replacing that with his iPhone’s “Voice Memos” app for the update?), as well as coffee and cherry pie. When we last saw him, of course, he was bleeding and blathering. The face in the mirror? Killer Bob, a demon who haunts the show—and has supposedly taken over Cooper’s body. (The actor that played Killer Bob, Frank Silva, died back in 1995.)

Who’s Back
Maybe the greatest surprise is just how many of the original cast members Lynch was able to bring back into the mix. Below, find a quick guide of who’s back and how they played into the original:

Shelly Johnson (Mädchen Amick): a married waitress in an abusive relationship, who has an affair and eventually kills her husband;

Bobby Briggs (Dana Ashbrook): an early suspect in the murder of Laura Palmer, as he was dating Palmer at the time of her death; 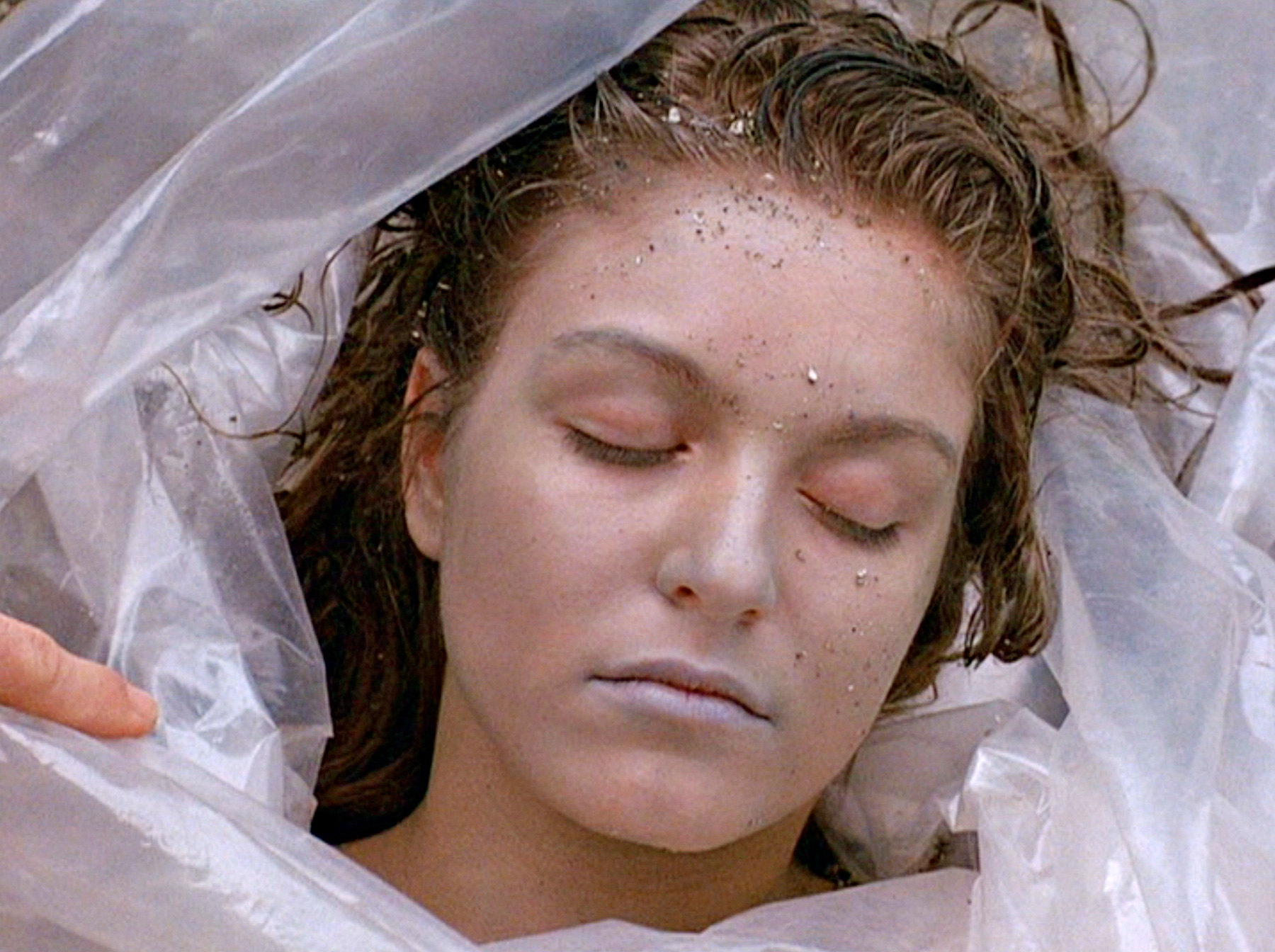 Close-up of German-born American actress Sheryl Lee (as the deceased Laura Palmer) lies, wrapped in a plastic sheet, on a rocky beach in a scene from the pilot episode of the television series ‘Twin Peaks,’ originally broadcast on April 8, 1990. (CBS Photo Archive/Getty Images)

Laura Palmer (Sheryl Lee): We find her lifeless body in the first episode, and see her alive in flashbacks. So she’ll possibly feature into flashbacks in the revival;

Dr. Lawrence Jacoby (Russ Tamblyn): a whack-a-doo psychiatrist whom Laura Palmer was seeing before her death;

Sarah Palmer (Grace Zabriskie): Laura’s mother, who is one of the true bizarro gems of Twin Peaks (she played a similar character on HBO’s Big Love). 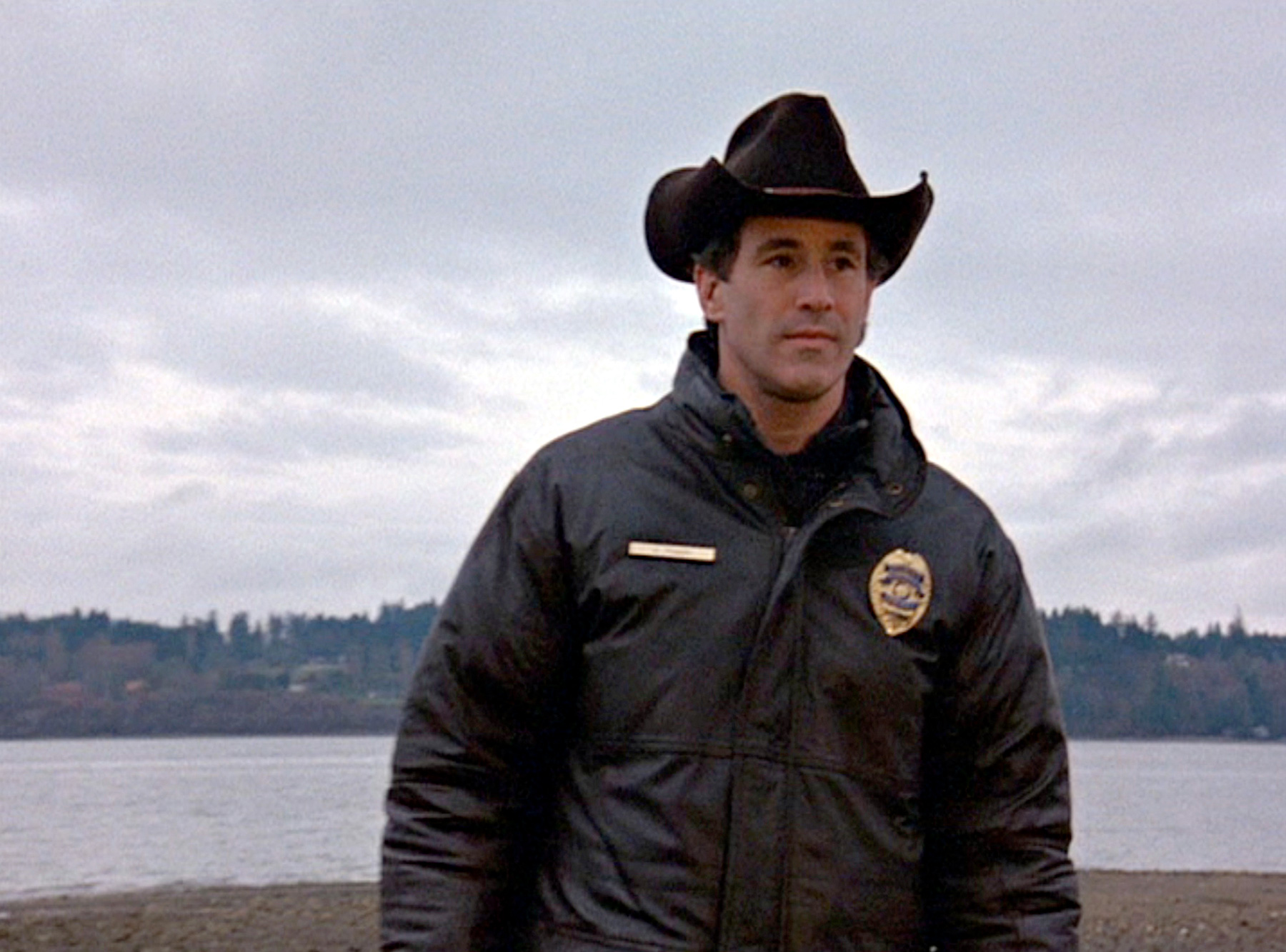 Who’s Not
The biggest no-shows in the rebooted cast are Lara Flynn Boyle (Donna Hayward) and Michael Ontkean (Twin Peaks Sheriff Harry S. Truman). Although Flynn Boyle’s character was integral to the Laura Palmer murder part of the original series, we can live without her. Ontkean, on the other hand, was a major player in the original and will be sorely missed. (A source told TV Line that he’s “fully retired from show business,” hence his absence from the cast.) 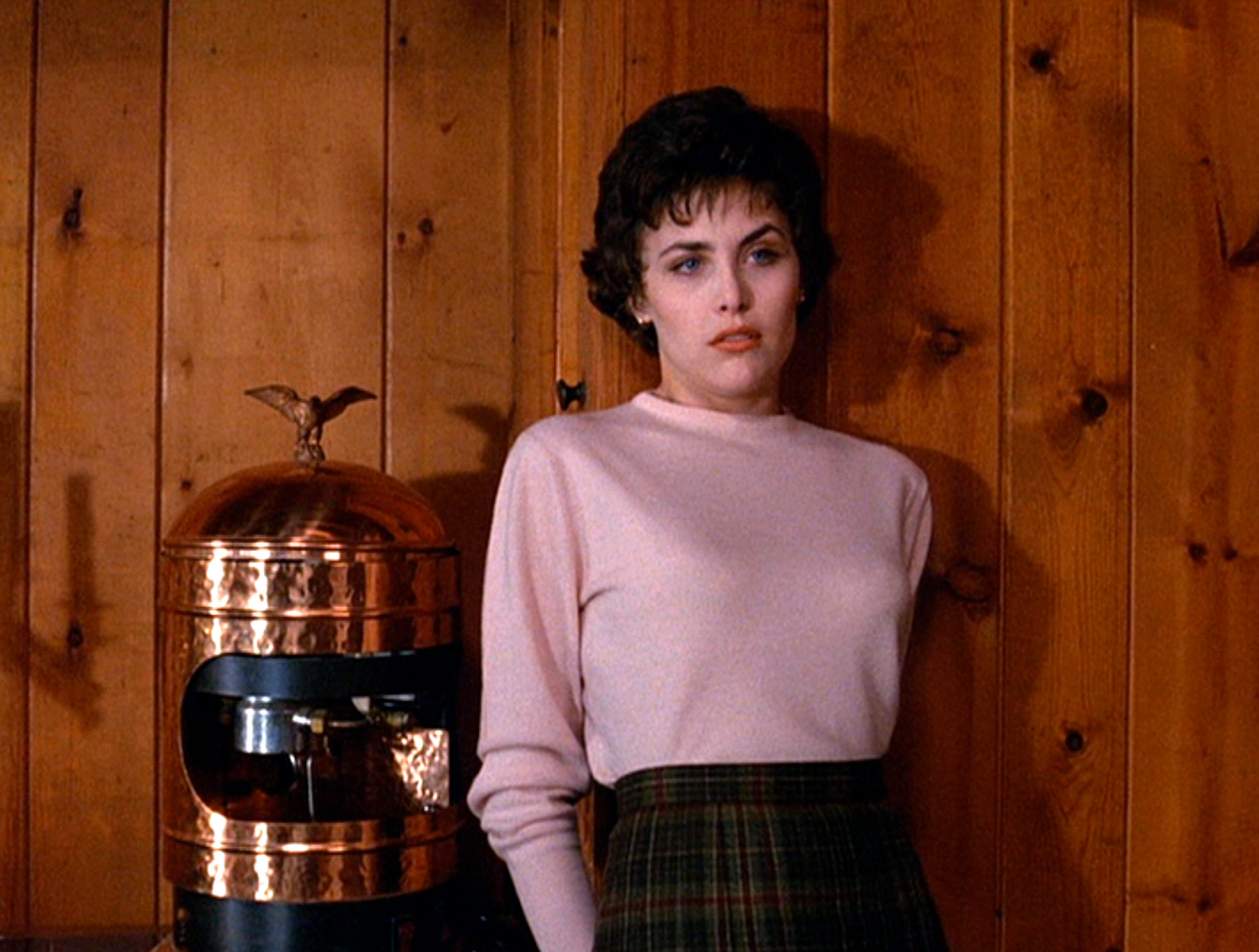 Notable Cameos
Given the fact that Lynch has always been a fan of the memorable cameo, the revival will not disappoint. The director, for example, will be reprising his bit-part role as hard-of-hearing FBI Regional Bureau Chief Gordon Cole.

According to IMDB.com, all nine of the original cast members we mentioned above will appear in the 18 new episodes. Two additions to the cast, Amy Shiels, a relative unknown, appears in 16; while Robert Forster, who portrayed Detective McKnight in Lynch’s Mulholland Drive, appears in two episodes as Detective Frank Truman (likely related to Ontkean’s character from the original). 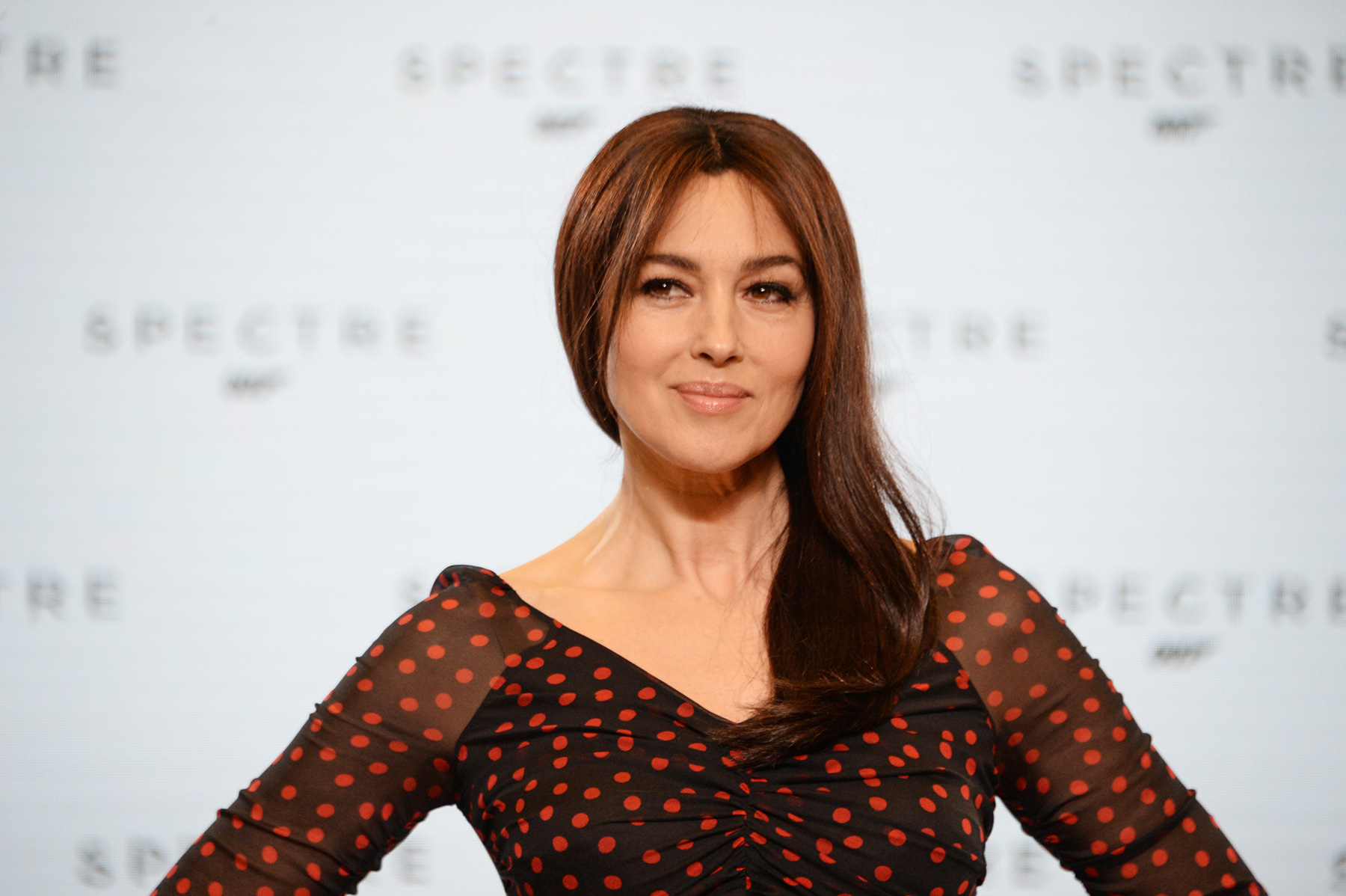 Monica Bellucci attends a photocall with cast and filmmakers to mark the start of production which is due to commence on the 24th Bond Film and announce the title of the film as ‘Spectre’ at Pinewood Studios on December 4, 2014 in Iver Heath, England. (Dave M. Benett/WireImage)

Twin Peaks newcomer Monica Bellucci (above), whom you might have caught in the last Bond movie, Spectre, gets a single turn as well.

Miguel Ferrer, who played FBI forensics expert Albert Rosenfeld in the original series, reprises his role for a single episode, too. Sadly, Ferrer died in January at age 61.

Parting Thoughts
If you are expecting closure for the “What drove Agent Cooper insane?” cliffhanger question, we’d suggest you read the thousands of reams of digital paper written on the subject since 1991. Our guess is that Lynch will be up to a completely new plot, with equally impossible-to-answer questions by that 18th episode. Or, dare we say, yet another head-scratching cliffhanger, leading us to a possible follow-up season, if this one is well-received.