The Burnout Generation Gets the Reality Show It Deserves 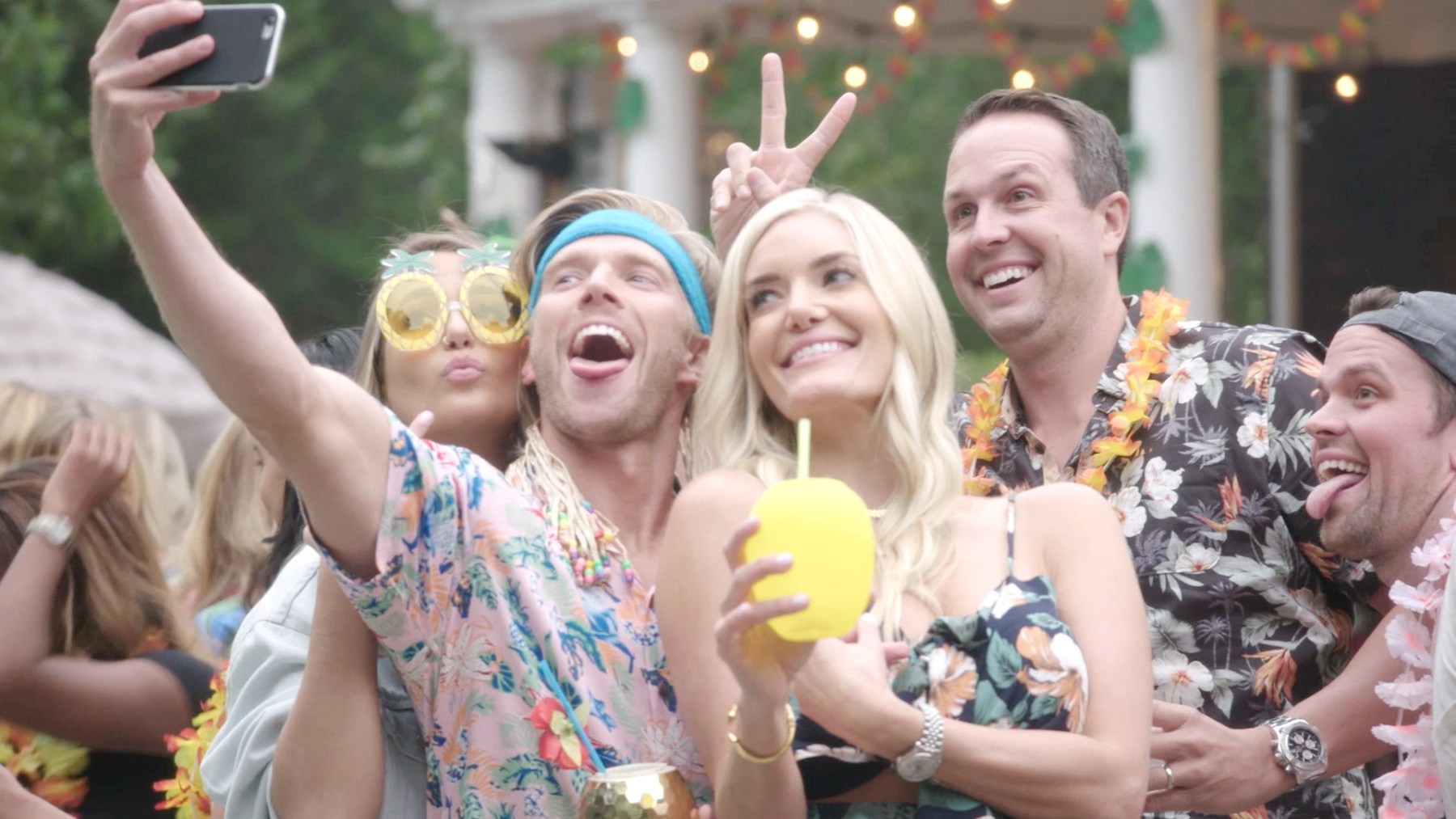 Oftentimes on the ceaseless carousel of stilted Hinge dates, somewhere between trying to explain what I do for a living and delivering a go-to bit involving my identical twin, I snap out of a wine haze to find myself thinking: Are we flirting? Or are we … networking?

My line of self-questioning is only half-serious. But it also helps explain the feeling I’ve had since moving to New York from Chicago last September: a nagging sense that everyone else is working all the time, and so I should be, too. It’s a sense that was crystalized in Anne Helen Petersen’s viral Buzzfeed essay from earlier this year, wherein she classified millennials as the “burnout generation.” Afflicting urban twenty-somethings like myself, who entered the job market in the wake of the recession and are always “on” by virtue of their phones never being off, burnout is the constant pressure to work harder, longer and basically non-stop.

And few shows on TV, in my mind, reflect this condition more acutely than a reality show called Summer House. Though the culture tends to dismiss the genre as empty calories amidst the rich buffet of Peak TV, this one, at least, still manages to reveal something about The Way We Live Now.

Currently in its third season on Bravo, Summer House revolves around a group of attractive New Yorkers between the ages of 26 and 36, who abscond to a Hamptons mansion with a backyard pool and a restaurant-grade Margarita machine on weekends throughout the summer. It’s helpful to think of Summer House as the New York counterpart to Vanderpump Rules, the hit Bravo series about a group of perma-aspiring Angelenos who work together (indeed, the original Summer House cast first appeared on an episode of Vanderpump).

In essence, the show, like its cast, is hurtling toward the weekend at a frenetic pace.

While Vanderpump is shot primarily at a place of business, SUR, with its veneer of rules and professional obligations, merely provides a convenient setting for interpersonal theatrics; the show is hardly about work, because the cast’s real job is being on reality TV, not serving goat cheese balls in West Hollywood. On Summer House, work is ever-present yet rarely seen, an anxiety-inducing cloud looming over the sun-drenched inflatable flamingo in the pool. Like seemingly everyone I meet nowadays, the cast is still ambitious about pursuing side hustles on top of their respective careers, whether it be a podcast or a deliriously on-brand, zero-sugar hard sparkling tea called Loverboy.

As such, Summer House is uniquely attuned to the rhythms of the burnout generation. Each episode of the show toggles between the city and the country, the workweek and the weekend. The scenes in Manhattan (other boroughs do not seem to exist on Bravo) race towards Friday, stitched together in cool, quick-bang cuts of phone calls and gym sessions and work lunches and networking events, sped-up time lapses of the city skyline. The segments in the Hamptons are longer, luxuriating in the familiar signifiers of reality TV: relationship drama, binge-drinking, make-outs, tearful fights, hot-tub gossip. Form, here, matches function; in essence, the show, like its cast, is hurtling toward the weekend at a frenetic pace.

“I work my ass off all week so I can come here and have fun,” Danielle, a tech product manager, says early this season, in reference to a potential hook-up with Jordan, a devout Christian with an intense skincare regimen, transparently masquerading as a prototypical “bro.” Notions of efficiency and leisure used to be at odds. Now more than ever, they seem bound together in an uneasy marriage. If we internalize the idea that we should be working all the time, play just becomes another form of work — especially when social media threatens to turn every leisurely activity into a branding opportunity.

Summer House makes explicit this drive to optimize fun, and the seriousness with which the gang undertakes the activity of getting drunk is something to behold. Kyle, the de facto protagonist, has upgraded his Margarita-making operation every season. In one emblematic (if cursèd) scene, the three male cast members do shirtless push-ups while taking homemade Jello shots; in another, the house gets in a legitimate argument over who’s doing what for a Christmas in July party, which involves a fully decorated tree and a makeshift snow machine. The way the show is edited, the producers would have you think the castmates are partying pretty much from the moment they arrive on Friday night until the minute they depart Sunday evening, at which point the house is miraculously clean, their faces bearing no signs of a hangover.

“Summer should be fun,” Kyle says with comic seriousness in a memorable scene from season two, to his girlfriend, Amanda, who is in tears. The line has become a fitting mantra for the show. It almost serves as a tacit directive, mandating the cast to experience all their fun in one place, at one time, lest they waste it elsewhere.

It captures the downsides, too. When the self-proclaimed “reformed fuccboi,” Carl, fails to text a new female cast member who he’s been making out with in the summer-house pantry, he blames it on the fact that he’s been trying to find a new job; when Kyle confesses to Amanda that there’s a rumor going around about him hooking up with another girl, he admits he’d been acting “selfish” and partying a lot during the spring. It’s one thing to focus on yourself and your career; it’s another to use it as an excuse for acting like a dick. Summer House revels in the ways we use “working hard” to sublimate negative aspects of “playing hard,” touting diligence to justify insolence.

After all, burnout, stripped of its socioeconomic underpinnings, is a fundamentally individualistic condition. When all you think about is work — striving, climbing, reaching that next plateau — you may have considerably less bandwidth to think about anything or anyone else.

Including your next Hinge date.