What Fantasy Show Will Conquer the “Game of Thrones” Throne?

The industry is scrambling to find the next great epic. Here are the contenders. 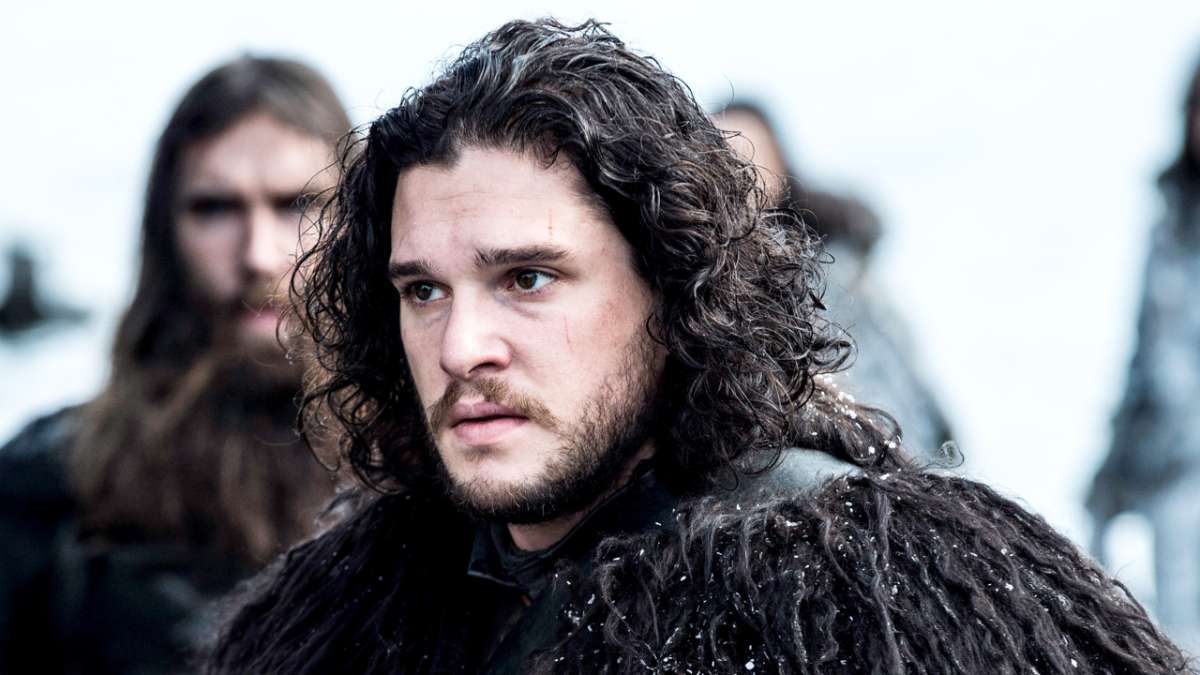 When George R. R. Martin began his epic fantasy series A Song of Ice and Fire in the 1990s, he set out to write something that would be unfilmable. He thought the story was too sprawling, too complex and too bloody to be told on screen. But he was wrong. A few decades later, and the HBO adaptation Game of Thrones hasn’t just been filmed, it has become one of the biggest cultural phenomenons of the last few decades. (Meanwhile, the novel version still isn’t finished.)

While the last few seasons of the show divided fans and critics, no one can deny the show’s popularity and influence. And no one can deny that the television industry is scrambling to find the next heir to the ratings crown.

In recent years, almost every major channel and streaming service has been working on sprawling epic science fiction and fantasy series. Can any of them replace Game of Thrones? Well, that depends on what viewers loved about the show. Was it the epic fantasy world of dragons and heroes? Was it the Machiavellian scheming and court intrigue? The gritty realism and bloody battles? Here’s a look at some of the shows in production that are trying to recapture the unbelievable success of the fight for the Iron Throne.

For Game of Thrones fans who want more Westeros:

Winter has come to Game of Thrones, but that doesn’t mean the world of Westeros is finished. HBO is working on multiple spin-off shows that will be set in the same fantasy world. First up is The Long Night, which is expected to air next year and is reportedly set 10,000 years before Daenerys Targaryen hatched three dragons from stone. A time period called “The Age of Heroes” in George R. R. Martin’s mythology. It’s being created by Jane Goldman (X-Men: First Class, Kick-Ass) and has Naomi Watts already on board. Otherwise not too much is known, and spin-off shows have a pretty mixed history (for every Better Call Saul there’s a Joey). Still, if anyone can recreate HBO’s massive hit, it’s probably HBO.

For Game of Thrones fans who want new fantasy worlds:

While only HBO has the rights to continue telling tales in George R. R. Martin’s world, there are plenty of other epic fantasy series in the works. Amazon got its hands on the rights to the only fantasy land more popular than Westeros: Tolkien’s Middle-earth. Amazon’s Lord of the Rings will not be another filming of Frodo’s journey with the one ring. Instead, like The Long Night, the series will simply take place in the same world and tell other stories. Fans might be burned out on Middle-earth after Peter Jackson’s disappointing Hobbit films, but Amazon is betting a huge amount of cash that fans will be reader for more elves, dwarves and orcs. The show is expected in 2021.

Meanwhile, BBC and HBO are working to adapt His Dark Materials, which is perhaps the most acclaimed recent YA fantasy series not named Harry Potter. Despite the disastrous 2007 film based on the first book, The Golden Compass, this adaptation has a lot of promise and is based on a unique and immersive fantasy world. There’s enough confidence in the show that season two was renewed before season one was has even aired.

And later this year, Netflix will drop its adaptation of The Witcher, an adaptation of books by the Polish author Andrzej Sapkowski. Henry Cavill gave up playing Superman to join this story of a body-modified monster hunter named Geralt of Rivia. Of these three fantasy series, The Witcher is the most likely to match the gritty violence and adult tone (read: random nudity and buckets of blood) of Game of Thrones.

Other epic fantasy novels being adapted include the Nnedi Okorafor’s Who Fears Death (produced by George R. R. Martin for HBO), C.S. Lewis’s The Chronicles of Narnia (Netflix), Terry Pratchett’s Discworld (as The Watch on BBC), Robert Jordan’s The Wheel of Time (Amazon), Patrick Rothfuss’s The Kingkiller Chronicle (Showtime) and Robert E. Howard’s Conan the Barbarian (Amazon). That’s a whole lot of epic fantasy on the way!

For Game of Thrones fans who enjoy spaceships as much as dragons:

Fantasy isn’t the only genre that features complex worldbuiding, gigantic wars and strange creatures. Television is also looking to the stars to reproduce the success of Game of Thrones. Amazon is reportedly working on an adaptation of Consider Phlebas, the first novel in Iain Banks’s epic Culture novels that take place in the far future where humans live in a kind of anarchist utopia run by huge sentient computers. In Consider Phlebas, the humanoid Culture fight a galaxy-spanning war against a militaristic and religious three-legged race called the Iridians. In terms of the sheer scope of the story and epicness of the battles, Consider Phlebas might be the best bet to capture the sprawling complexity of Game of Thrones. Amazon is also reportedly working on an adaptation of Liu Cixin’s award-winning SF series The Three-Body Problem. The series about an alien invasion — which awed Barack Obama with its “immense” scope and “wildly imaginative story” — is reported to have a one-billion-dollar price tag. However, there hasn’t been much news on either Amazon adaptation since they were both announced in 2018.

Closer to premiering is the Star Wars show The Mandalorian that will air on Disney+ later this year. While Star Wars is a bit more lighthearted and feel-good than Game of Thrones to say the least, it certainly matches the show for sprawling storytelling. The Mandalorian is being created by Jon Favreau of Iron Man fame, and the stellar cast includes Pedro Pascal (aka The Red Viper on Game of Thrones), Nick Nolte, Giancarlo Esposito, Emily Swallow and Werner Herzog.

For Game of Thrones fans who like the dark and violent tone :

While properties like Star Wars and Lord of the Rings are unlikely to provide the visceral shocks of something like the Red Wedding, there are a couple shows that aim to recreate the gritty and bloody feel of the show. The first up is HBO’s The Watchmen, which has already had commercials airing before Game of Thrones. This is not another adaptation of Alan Moore’s beloved graphic novel, but a kind of sequel with a still mysterious plot. But the show is being created by Damon Lindelof of Lost and The Leftovers fame, and the trailer certainly looks like it can match Game of Thrones in gloomy tone.

If the bloody court politics of Kings Landing are what you love, then Amazon’s forthcoming Cleopatra show might be your cup of tea. The show was announced in 2017 as being a revisionist take on the Egyptian ruler’s life and was described as “The Godfather in Ancient Egypt.” It looks to feature lots of bloody backstabbing, scheming politicians and grand spectacle. Sounds like Cleopatra might be able to fill the Cersei Lannister hole in fans’ hearts, if the series makes it to TV.

Can any of these shows reproduce the fandom of Game of Thrones, an insanely popular show that produced culture touchstones like the Red Wedding, inspired baby names and was for a time the most downloaded TV show on earth? It’s a tall order. But televisions producers are spending more money than exists in the vaults of the Iron Bank of Braavos to try.