All the Reasons Why You Should Be Watching ‘Stranger Things’

All the Reasons Why You Should Be Watching 'Stranger Things'

Back in the 1980s, kids didn’t have Pokémon Go, virtual reality goggles, or iPads to pass the time after school. If you were a boy, you and your friends—depending on which clique you were a part of—were likely deep into role-playing games, Star Wars, and Saturday morning cartoons (you actually watched on this thing called a “TV”).

All of those primitive pastimes—and more—make cameos in the must-see new Netflix original series, Stranger Things, which is streaming now. Part ’80s nostalgia play, part horror/sci-fi flick, the show follows the disappearance of a young boy—under strange circumstances, of course—and what happens when his mother (Winona Ryder), chief of police Jim Hopper (David Harbour), and a host of his young friends and family go searching for answers. What do they uncover? We’re not going to give that away, but let’s just say it’s worth dropping everything right now to find out. Welcome to your latest bottomless pit of binge-watching.

To get you in the mood, RealClearLife has put together a list of the reasons why you need to watch Stranger Things right now. 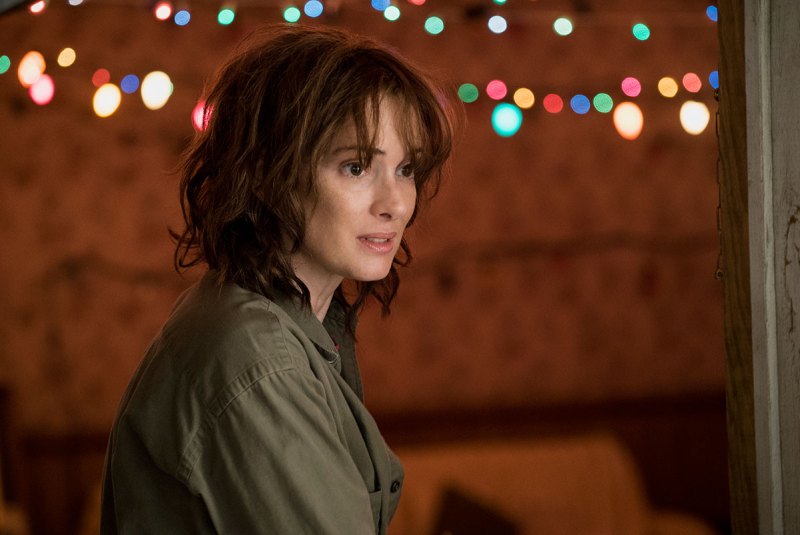 It Marks the Triumphant Return-to-Form of Winona Ryder – Actress Winona Ryder was every dude’s Grunge Era heartthrob in the 1990s, with memorable roles in Edward Scissorhands (1990), Bram Stoker’s Dracula (1992), Reality Bites (1994), and Girl, Interrupted (1999). And while she’s been working steadily since then, her body of work has been pretty inconsistent (if not unwatchable). That is, until now. She was born to play Joyce Byers, the down-on-her-luck mother of Stranger Things‘ missing boy. What makes her portrayal such a masterpiece? Without giving away too much, it has to do with a particular string of events including off-the-handle, strung-out behavior; Christmas lights; a hand-painted alphabet; and a Shining-style axe scene. 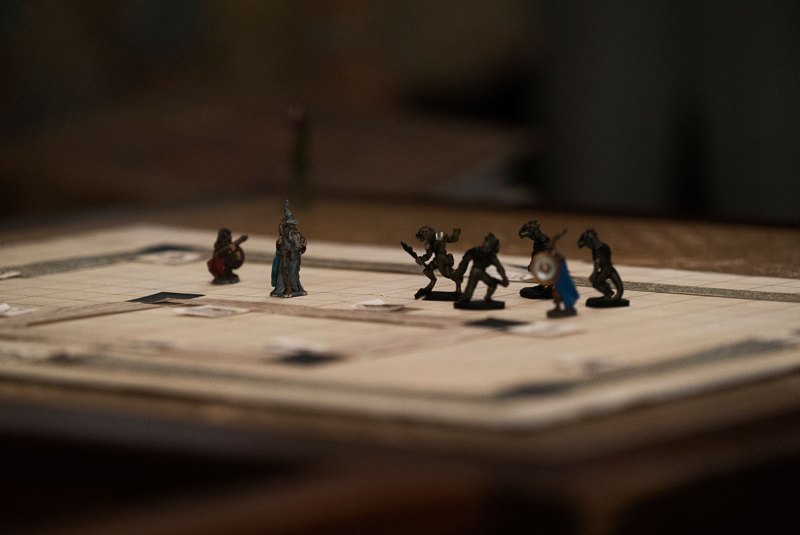 Its Mad Men–esque Ability to Mimic the Past – AMC series Mad Men set the gold standard for “period pieces” on the small screen, making sure every aspect of the past was accounted for, down to wardrobe, set design, and most importantly, props. The brains behind Stranger Things went to great lengths to make sure the show mimicked every aspect of the 1980s—even more specifically, 1983. Our favorites? The Dungeons and Dragons scenes, the He-Man and the Masters of the Universe Saturday cartoon cameo, and the Millennium Falcon toy. (We’re sure you’ll notice many, many more once you get to watching.)

It Has One of the Creepiest Soundtracks to Date – As fans of the horror genre can attest, a particularly eerie-sounding soundtrack can increase the skin-crawling effect of what’s happening on screen by leaps and bounds. Look no further than the scores for Psycho, Jaws, Halloween, and Friday the 13th for hair-raising wordless accompaniments. Instead of going with a well-known composer, Stranger Things‘ directors the Duffer Brothers harvested a practical unknown from the indie rock world, Texas band S U R V I V E. The synth-y results sound like a cross between A Flock of Seagulls and Wendy Carlos’ The Shining score, perfectly capturing the genre, era, and its penchant for electronic instrumentation. For a sample of the score (or to buy it), click here. 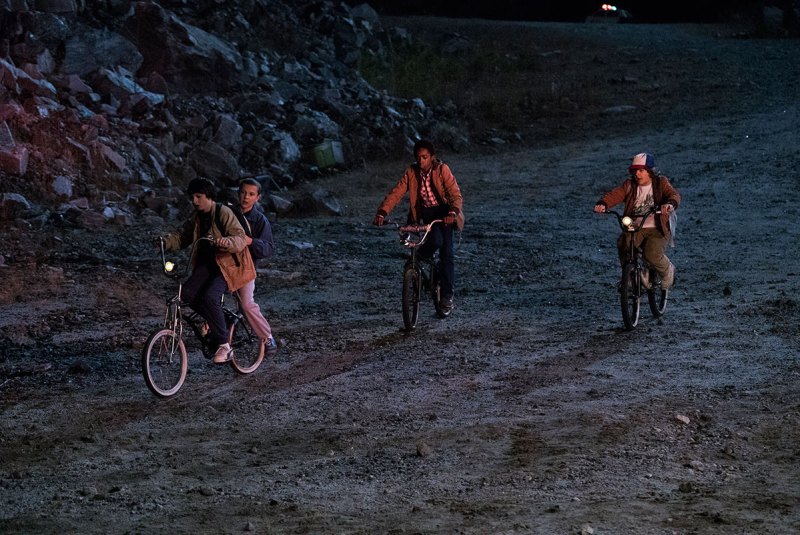 The Kids Aren’t Just All Right … They’re Amazing – Something that can make a television show or movie go south quickly is the quality of child acting. Remember the kid from the 1997 miniseries version of The Shining? Yeah, we didn’t think so. (Haley Joel Osment seeing dead people in The Sixth Sense, on the other hand? Pure gold.) The ensemble cast of kids in Stranger Things—specifically, Finn Wolfhard (Mike Wheeler), Gaten Matarazzo (Dustin Henderson), Caleb McLaughlin (Lucas Sinclair), and Millie Bobby Brown (Eleven)—all but carry the show. Each has the ability to not only bring the lines from the script to life, but also synthesize them into their emotional core. They all have that je ne sais quoi you just can’t teach someone in drama class, too. You will quickly find yourself rooting for their characters, playing favorites with the ones in which you see your younger self. (We’re big Mike Wheeler fans.) 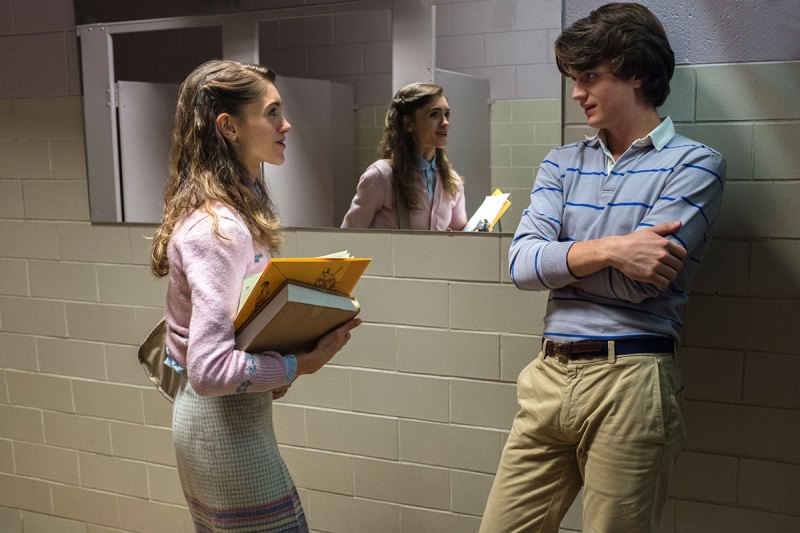 Teenage Love Triangles Are the Best Love Triangles – If you graduated from high school, you were likely a member of one of two general cliques: The Cool Kids or The Dorks. (There were other denominations, we’re sure, but we’ll let you talk to your shrink about those.) Of course, some kids had the best of both worlds. In Stranger Things, that honor is bestowed upon character Nancy Wheeler (Natalia Dyer), who finds herself doing a balancing act between her dorky pal Barb (Shannon Purser) and her popular boyfriend Steve (Joe Keery). The “other” boy to complete the teen love triangle? Weirdo kid du jour Jonathan (Charlie Heaton), who you’ll find yourself rooting for if you were a dork. (If you were the type who gave out swirlies and hosting ranging keggers, you’ll no doubt be a member of Team Steve.) 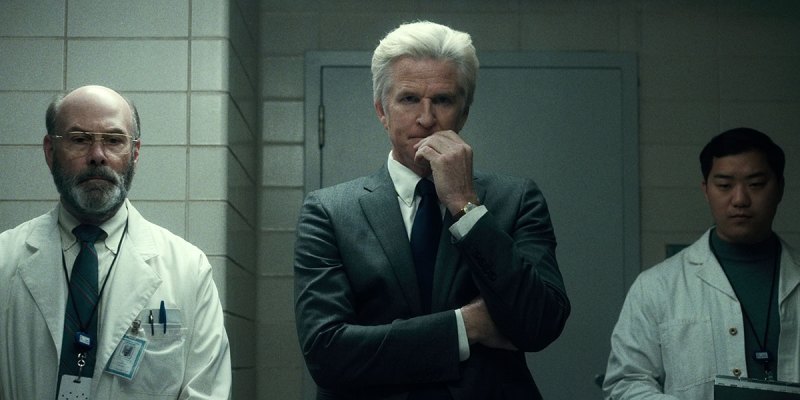 Casting Matthew Modine as a Villain Was Pure Genius – You probably remember Modine best as Private J.T. “Joker” Davis from Stanley Kubrick’s Full Metal Jacket. But you’ll be hard pressed to find any villainous characters in his snaking IMDB portfolio. Enter diabolical, snowy white–maned Dr. Martin Brenner, who has a penchant for slow, deliberate speech patterns (a la The Matrix‘s Mr. Smith) and experimenting on children (specifically, Millie Bobby Brown’s character, Eleven). He never has to show his full-on crazy side; it’s all in the nuances of his character, one that he clearly tinkered with to perfection. We wouldn’t be surprised if Modine—along with Winona Ryder and a host of other members of the cast—get Golden Globe noms when awards season arrives. 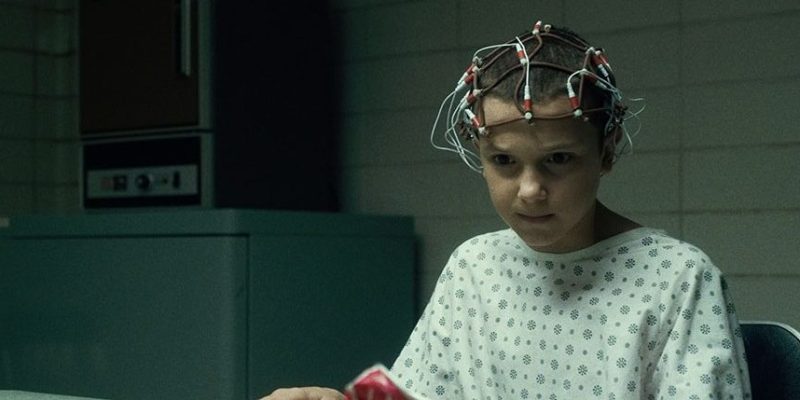 The Show’s Badass Is a Little Girl – How many times have you been able to say those words in the history of television or cinema? Sure, Game of Thrones‘ Arya Stark (Maisie Williams) comes to mind. So does Kick-Ass‘ Hit-Girl (Chloë Grace Moretz). But both need weapons to get their point across. Millie Bobby Brown’s Eleven, on the other hand, doesn’t need a single gun, nunchuck, or sword. She kicks all the ass on the planet with her mind. (Let’s just say that Coke can in the image above is just the tip of the iceberg.)