Inside L.L. Bean and Todd Snyder’s Collaboration, The Coziest of 2020

The locals probably won’t like hearing this, but Todd Snyder thinks everybody should start going to Maine.

“I’m kind of over the whole Hamptons thing after being to Kennebunkport,” the designer tells InsideHook over the phone. “I only started going up to Maine during this collab, and now I really feel like I’ve been missing out.”

Snyder’s treks from New York City to the northeasternmost state in the country started when he agreed to work on a collaboration with Maine’s most famous company, L.L. Bean, something that had not been done before in the history of a company founded by Leon Leonwood Bean before the First World War.

Yet in this age, just about everyone is looking to do a collab, no matter their provenance. The older brand gets in front of a new audience and injects a much-needed dose of relevancy; the other, usually younger company wins authenticity points by working with a name your grandparents might be familiar with. And in this case, we, the buying public, wind up getting something extraordinary. As we approach the dark and cold fall and winter months, it also might be the most necessary collection of the year — at least as necessary as clothes can be.

Announced earlier this year during New York Fashion Week, the collaboration made news when Snyder’s eponymous brand walked the American icon down a runway for the first time. While Bean’s duck boots have become a staple among fashion-minded citydwellers just as they’ve been a necessity for hunters and fishermen since Bean received a patent for them in 1921, the company has been guarded for the most part. There have been a few attempts to reach a different audience, most notably with the Japanese brand Beams, as well as the “Signature” collection it launched in 2012 that was beloved among style bloggers. But for the most part, L.L. Bean has stayed the course.

For Owen Kelly, Vice President of Product Creation at L.L. Bean, it was Snyder’s careful handling of history, with his keen, modern eye for what looks good, that swayed him.

“I was very hyper aware of the great work that he’d done taking care of other classic icons, American brands like Timex or Red Wing, and the great work he’d done at J.Crew and beyond,” Kelly says. He says Snyder’s sensitivity to the history of the brands he worked with made for an organic partnership, but so did Snyder’s obsession with overlooked classics. “When he came in he was just picking up blankets from the ‘40s and jackets from the ’50s. And seeing his excitement around the archive, which we’d never really shown that to anybody before, was, for me, just really eye opening and really exciting.”

That time in the archives translated into the perfect meeting of classic and modern. The classic chamois shirt, which Bean first introduced in his catalogs in 1927, is a perfect example of Snyder’s restraint and respect. There’s nothing garish about this take on the shirt, no excessive designs were used, no logos or noticeable details were added. Instead, there are new colorways that would work for a city dweller running to grab a latte in late November just as they would somebody traversing through the New England woods. The deep loden jacquard shirt, meanwhile, can sit nicely over something like a vintage Grateful Dead shirt or be worn on its own.

What’s most important, though, is that Snyder and L.L. Bean don’t trade functionality for style with this collection. That, unfortunately, can’t always be said when “heritage” brands attempt to modernize.

“My dad always said, if you want to be the best, work for the best,” says Snyder, who grew up in Iowa, where a company like L.L. Bean wasn’t as accessible, but would have fit in perfectly. “I almost look at myself as a bit of a historian as well and telling their story and making sure I’m paying respect to what they’ve built and not destroying any of that and making sure that I celebrate what they’ve built.”

And while not giving up a single inch to keep the history and quality of L.L. Bean was of the utmost importance, the whole point of a collaboration such as this is to entice a new audience into learning about and buying L.L. Bean. The “Bean green” sweater is a shining example of this. With Bean’s unofficial product mascot, the duck boot, front and center, it’s sure to be one of the most sought-after items of the season. The puffer jacket, too, is a standout. Something people with an affinity for Patagonia or Stone Island might be drawn to, the classic winter jacket adds a bit of pop with a camouflage lining.

Maybe most importantly, there’s a boot, this time done in an olive bison leather that looks almost like it’s made from reptile skin. Picture a pair of duck boots Ric Flair might wear. 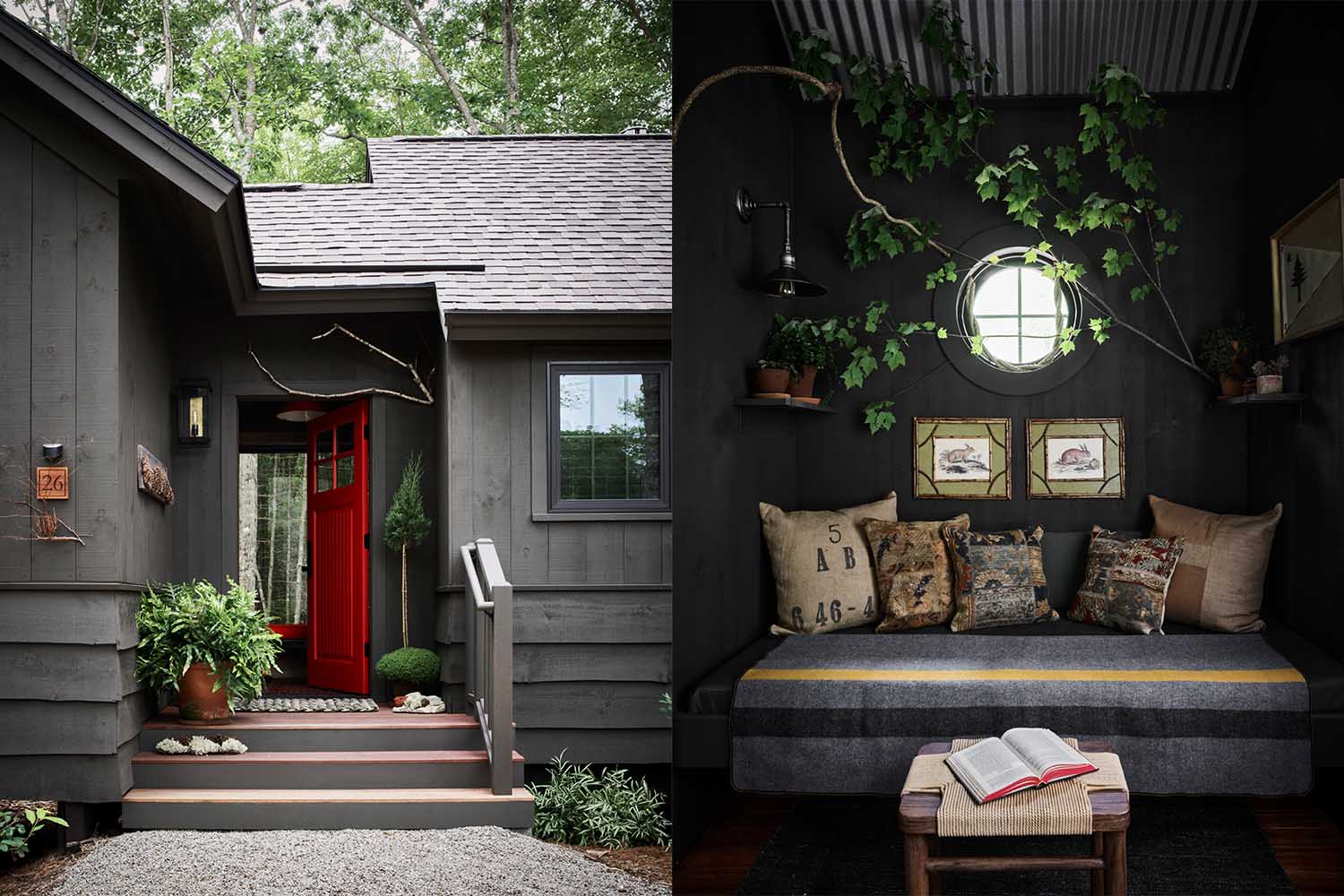 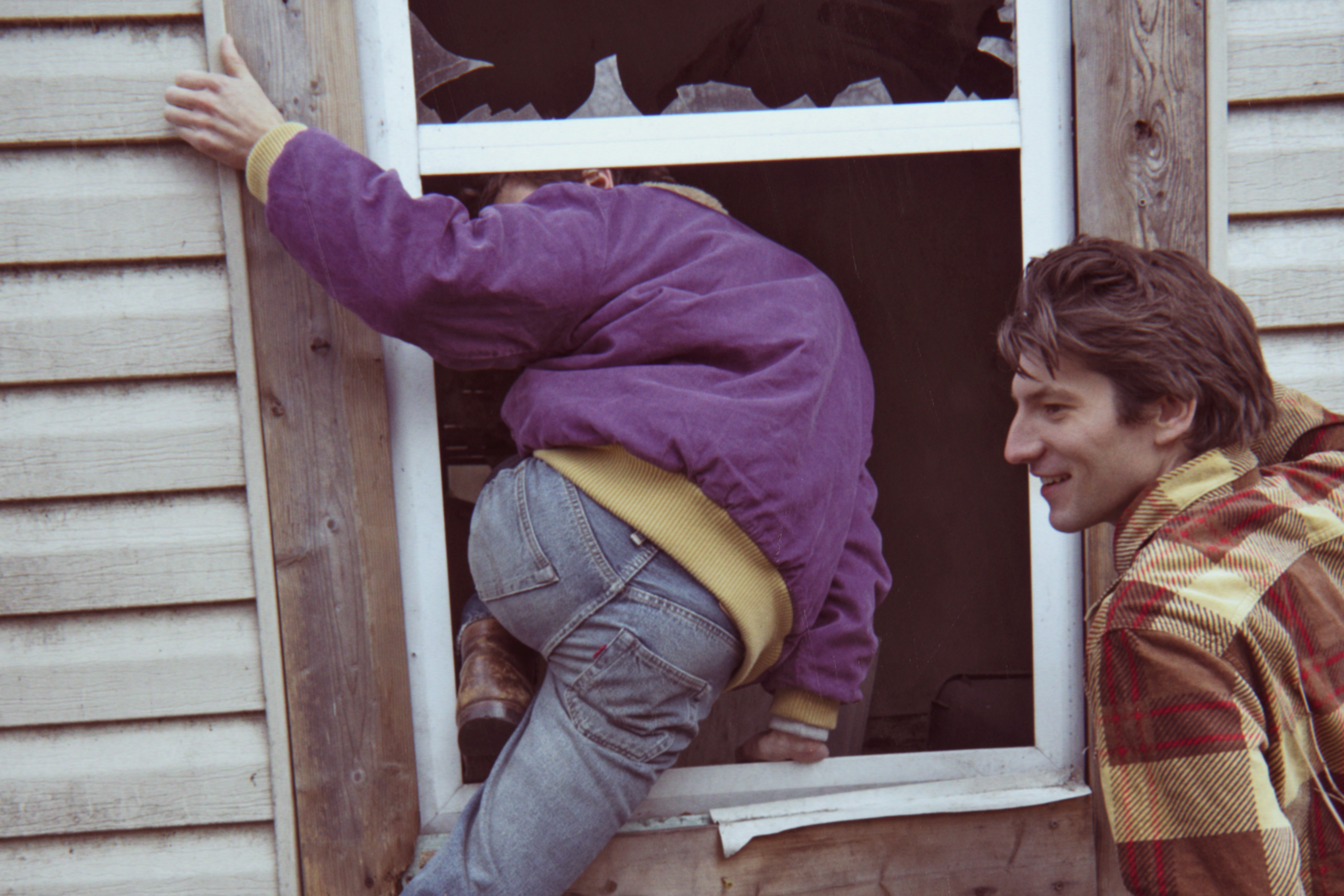 The collection doesn’t leave much out. It’s rustic and cool without trying too hard, and what makes this the one collection to pay attention to this season is that it’s also cozy as hell. And as we get set to hunker down for what promises to be a difficult winter, being cozy goes a long way.

Obviously as Snyder and the people at L.L. Bean started working on this collaboration last year, a global pandemic wasn’t on their minds. And as 2020 grinds on and we’ve become accustomed to working from home in our sweatpants, buying new clothes might not be as close to the top of your to-do list as, say, stocking up on disinfectant and wearing a mask. Yet if you’re like me, and you enjoy the act of putting something on, then a collection like this serves as a balm.

It’s cool but also comforting. Snyder’s attention to detail and history and L.L. Bean’s place as one of the truly iconic, classic American brands coming together is something to celebrate, and should also make you look forward to getting out of bed and getting dressed for a slate of Zoom meetings. “It feels really right, right now with this renewed energy about people getting outside,” Kelly points out.

The collaboration, which launches October 30 and will be available through both L.L. Bean and Todd Snyder’s website (you can sign up for early access here), is also the beginning of what hopefully is a long and fruitful partnership, something Snyder’s brand has shown it is capable of doing with brands such as Champion and Timex. While Kelly is guarded about the details, he confirms that a 2021 drop is in the works.

Given how obsessed with Maine Snyder has become, we can probably expect the two brands to work together for a long time. “We were covered in the New York Times when we did the (New York Fashion Week] show. Typically that’s like the peak,” Snyder says. “But what really did it for me, is we actually made the front page of the Portland Press Herald. And that uplifted not only me, but the entire organization was like, ‘Oh my God, this is huge.’”