D&G sure do know how to throw a party. The luxury fashion house recently hosted a cocktail event at their flagship 5th Avenue Boutique in celebration of the smash hit Collezione Genesi NFT auction; the auction, which raised 1,885.719 ETH—nearly $8 million at current exchange—and featured dual physical and digital museum-grade items, was designed by Domenico Dolce and Stefano Gabbana themselves. Comprised of nine items from D&G’s Alta Moda, Sartoria, and Gioielleria lines, the first of its kind event unveiled in late August and auctioned off Sept. 28-30 via UNDX, an online luxury marketplace that launched in the summer of 2021.

The cocktail event, attended by notable crypto-currency elites Megan Kasper, Apolo Ohno and Zurab Kazhilopi, featured the announcement of D&G’s continued partnership with UNDX, with hints of an exclusive new launch soon to be revealed. The swanky get-together was also capped off by a DJ set from collector Seedphrase, a prominent member of the NFT community, and proud owner of “The Lion Crown” from Collezione Genesi.

Inspired by and premiered in Venice during D&G’s couture event, Collezione Genesi pays homage to the Veneziani glass that decorates the City of Doges and features garments be-speckled with luxe adornments and drenched in rich, sultry hues. The digital-only portion of the collection, including the trio of (quite literally) Impossible Jackets , is the perfect medium to showcase the capsule’s dream-like appearance.

The pivot by the 35-year-old Italian house is the latest in a series of moves by brands trending towards to the digital market space, and for good reason. The collection broke luxury fashion NFT records, fetching approximately $5.6 million in virtual currency (ETH), and attracted some of the world’s most prominent NFT collectors. The success of the auction and NFTs in general may very well indicate a new age in fashion; digital offerings are becoming more and more frequent in the luxury space. You can read more about Dolce&Gabbana’s NFT endeavor here, and view the sold collection on UNDX below.

View the Collection ON UNDX 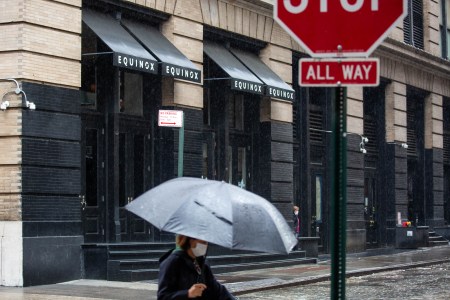