Mike Trout has been worth $489.1 million to the Angels over his seven full seasons in MLB.

Earlier this week, Mike Trout and the Angels agreed to a contract extension which will pay the star center fielder $430 million over the next 12 years and keep in Los Angeles through 2030.

The deal is worth more in total value – better than the 10-year, $330 million contract Bryce Harper got earlier this month – and average value – about $35.54 annually – than any other contract in the history of North American sports.

It’s a big contract for Trout – and an even bigger deal for the Angels. 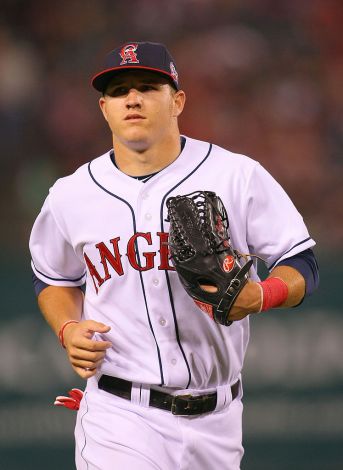 In his seven full MLB seasons, Trout has been the winner of the American League Most Valuable Player Award twice and the runner-up four times. In the only year Trout didn’t finish first or second in the MVP race, 2017,  he came in fourth.

The 2012 AL Rookie of the Year and a seven-time All-Star, Trout’s level of production up to this point in his career compares most favorably to Hall of Famers Frank Robinson, Ken Griffey Jr., Hank Aaron, and Mickey Mantle, according to BaseballReference.com..

According to FanGraphs, Trout’s wins above replacement (WAR) – a statistic that tries to summarize a player’s total team contributions in one figure – for his career is 64.9.

Converted to a dollar scale based on what a player would make in free agency (essentially how much value Trout has brought to the Angles in a monetary sense), Trout has been worth $489.1 million over his seven full seasons in the majors – an average of $69.8 million per year.

Reigning AL MVP Mookie Betts, whose 30.6 WAR over the past five seasons is second only to Trout’s 44.0, has been worth $244.1 to the Red Sox during his five seasons in MLB, an average of $48.8 million per year. That means, at least according to analytics, Trout is worth more than $20 million more per year to his team than his closest competition.

Also, if Trout has been worth about $69.8 million per year up to this point, that means his annual salary going forward – $35.54 million – is more than $30 million less than his actual value. 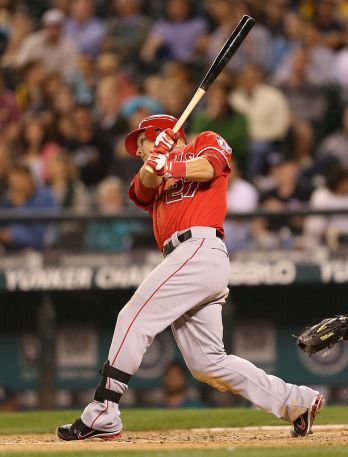 Based on Trout’s age, 27, he should be playing the best baseball of his career over the next three seasons, peaking during his age-29 season. That means his WAR, at least for the foreseeable future, will only be on the rise, not the decline. Therefore, despite his increasing paycheck, Trout will only be more valuable to LA over time.

After going on an even deeper dive into Trump’s WAR – read the popsicle headache here – FiveThirtyEight agrees with that premise.

“So Trout seems like a very good bet to deliver more value to the Angels than they’re paying him for in this contract, even if some of the assumptions [made in the FiveThirtyEight piece] are more player-friendly than the current state of baseball’s economics,” according to the site. “While many MLB mega-contracts end up looking bad in retrospect, this Trout deal might be the rare one that delivers positive surplus value for the team.”

Also, if you start taking inflation and revenue increases over the course of Trout’s new contract into account, it becomes an even better deal for the Angels.

“Adjusted for inflation, $430 million today places Trout well behind both of Alex Rodriguez’s large contracts [10 years, $275 million and 10 years, $252 million], for instance, and the $35.8 million in annual value slots Trout outside the top 10 in baseball history,” according to The Ringer.

Obviously, those calculations are all predicated on Trout’s WAR – a statistic not everyone loves – but his non-statistical value to the Angels should be obvious as well. 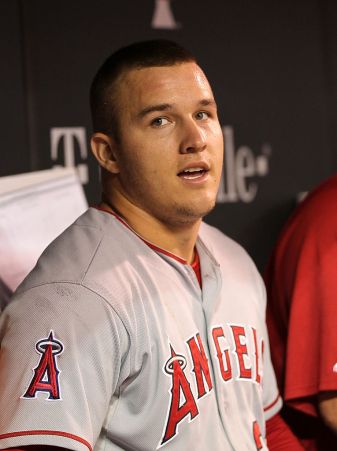 Mike Trout #27 of the Los Angeles Angels in the dugout in Minneapolis. (Photo by Andy King/Getty Images)
Getty Images

In Trout, the Angels have one of the most recognizable stars in baseball, a sport that is largely devoid of star power at this point. Sure, he isn’t the most compelling athlete in the world – as MLB commissioner Rob Manfred chided him for last July – but at least, thanks to endorsement deals with brands such as Nike, BodyArmor, and Subway, people around the country know who he is and can pick him out a lineup.

Trout keeps the Angels, who don’t have the noteriety of the Yankees, Red Sox, or Dodgers, on the map on a national level and will continue to do so. He will break records while wearing an Angels uniform and, thanks to the presence of Japanese two-way star Shohei Ohtani on the club, will give international fans another star to root for – and buy the jersey of.

Also, as ESPN notes, it’s possible Trout will have had the best one-team career ever in baseball history by the time he hangs up his spikes.

“Stan Musial played every game of his career with the Cardinals and produced 128 WAR, the most ever by a position player who didn’t change teams. Trout is halfway there,” according to ESPN. “Is there a price you can put on having Stan Musial in your franchise lore? Maybe? Maybe not, though, and if you do it’s certainly above $430 million.”

Clearly, the Angels broke the bank to hook their big fish, but thanks to Trout’s tremendous value to the club now and going forward, Los Angeles will be eating well for the lifetime of his contract.