What O.J. Simpson’s Life Behind Bars Is Like Today

LAS VEGAS, NV - MAY 15: O.J. Simpson returns to the witness stand to testify after a break in an evidentiary hearing in Clark County District Court May 15, 2013 in Las Vegas, Nevada. Simpson, who is currently serving a nine to 33-year sentence in state prison as a result of his October 2008 conviction for armed robbery and kidnapping charges, is using a writ of habeas corpus to seek a new trial, claiming he had such bad representation that his conviction should be reversed. (Photo by Julie Jacobson - Pool/Getty Images)
By Sean Cunningham
O. J. Simpson appears at an evidentiary hearing in Clark County District Court on May 14, 2013, in Las Vegas, Nevada. (Getty)

FX series The People v. O.J. Simpson: American Crime Story won nine Emmy Awards in 2016. Incredibly, it’s only the second most acclaimed work involving Simpson this year, as the ESPN documentary series O.J.: Made in America earned remarkable raves (count how many times the words “masterwork”, “masterpiece”, and “master opus” appear in this roundup of reviews). The result is that Simpson has reestablished himself as one of America’s most famous men, just as he did first as a Heisman winner, then as a commercial pitchman/actor, and finally as the most celebrated defendant in the history of our legal system.

Of course, Simpson himself is in many ways a distant memory, known only through old film clips and actor reenactments. Sentenced to 33 years in prison for his part in a robbery on October 3, 2008—13 years to the day after his acquittal for the murder of his ex-wife Nicole Brown Simpson and her friend Ronald Goldman—the 69-year-old is incarcerated at Lovelock Correctional Center in Nevada (located 90 miles northeast of Reno), where he is one of 1,680 inmates. 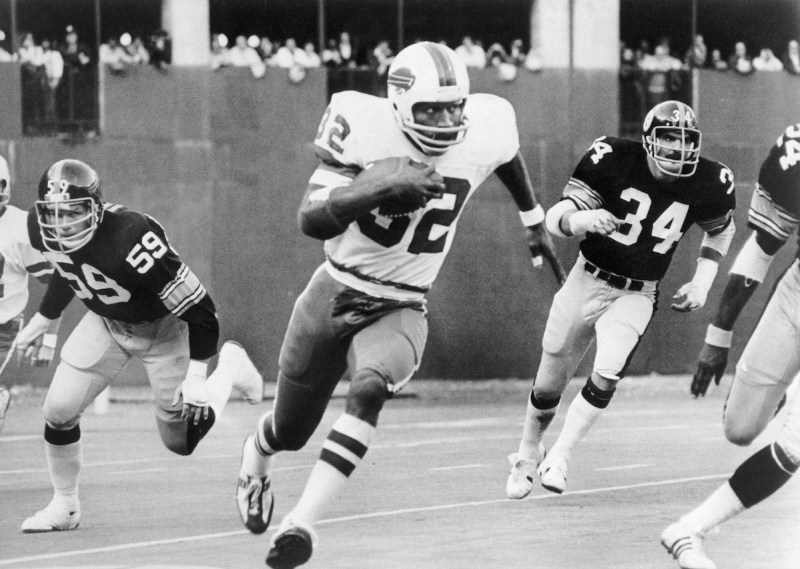 Buffalo Bill O.J. Simpson breaks away from Steeler tacklers Jack Russell (59) and Andy Russell (34) to run 87-yards for a touchdown in the third quarter of the game. (Getty)
Bettmann Archive

How has Simpson adjusted to the loss of his freedom? The answer appears to be surprisingly well. After a rough initial adjustment when he battled depression, Simpson seems to have embraced prison life with an eye towards making parole as soon as he’s eligible. As David Ng wrote in the Los Angeles Times:

“Prisoner 1027820 is treated in many ways like any other inmate at the Lovelock Correctional Center in Nevada: He gets the same standard issue blue uniform. He shares a bunk, toilet, and sink with a cellmate. He rises around 6:30 a.m., eats an early breakfast—he likes cold cereal, with a muffin and fruit—then heads to his work shift….He toils in the prison gym, cleaning equipment, and mopping floors, four days a week. Like many older inmates, he contends with age and ailments, including bad knees, and he works out on weight machines regularly to stay fit. He also coaches prison sports teams, umpires games, and recently became prison softball league commissioner.”

Indeed, sports remain central to his life (even if his knees prevent him from participating): He has a TV in his cell and reportedly watches them relentlessly. 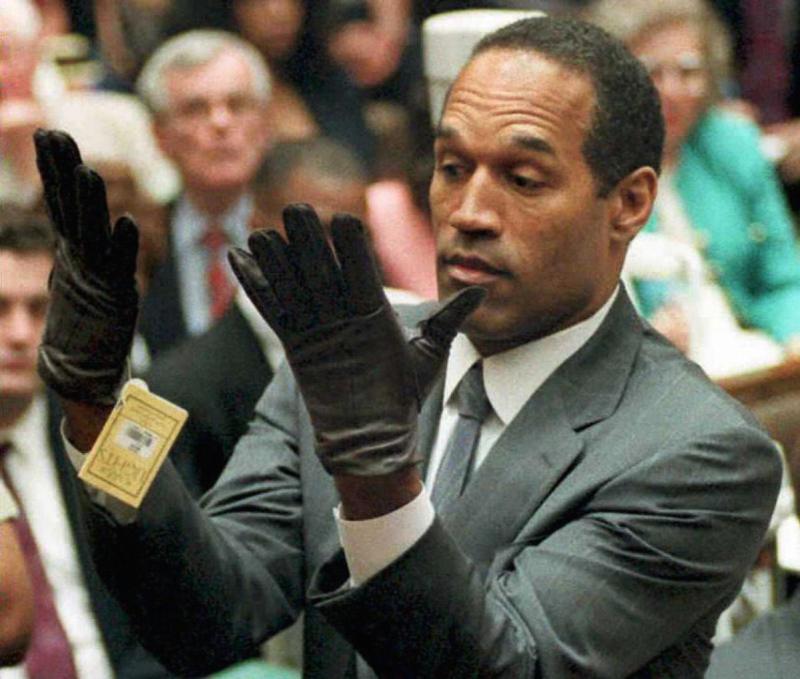 This June 21, 1995, file photo shows O.J. Simpson looking at a pair of Aris extra-large gloves that prosecutors had him put on during his double-murder trial in Los Angeles. (Vince Bucci/AFP/Getty Images)
AFP/Getty Images

Of course, Simpson’s real goal is ending his time in prison. He was paroled on some counts in 2013, and could receive a full parole and his freedom in October 2017, when he’ll be 70. (He will continue to face a $33.5 million civil judgement that found him liable in the deaths of Goldman and his ex-wife.)

To read more about Simpson’s life today, click here. Watch the trailer for O.J.: Made in America below.