Nirmal Purja discusses his Possible Project, a mind-bending six-month expedition that redefined the rules of mountaineering

Nirmal Purja in "14 Peaks: Nothing is Impossible"
NIMS DAI/Netflix
By Nadja Sayej

Few mountaineers ever summit Mount Everest, and those who do often have some combination of fortune and finance — rather than skill — to thank for it.

Far, far fewer reach all 14 of the world’s tallest mountains, which are scattered throughout the Himalayan and Karakoram ranges in China, Tibet, Pakistan and Nepal. They’re the only peaks in the world that climb above 8,000 meters, and scaling them in aggregate is regarded as one of the sport’s greatest and most dangerous achievements.

In 2019, Nepali mountaineer Nirmal “Nims” Purja and his team set out on what he called the Possible Project. His goal was to summit all 14 of these towering goliaths in just seven months. The first person to reach them all was Italian mountaineer Reinhold Messner, who scaled the final peak in 1986; the feat took him over 10 years in total, and prior to Purja, the speed record stood at just under eight years.

A new documentary called 14 Peaks: Nothing Is Impossible documents Purja’s record-shattering expedition (he finished in just six months and six days). He packed a bag of cameras and pieced together a team of Tibetan Sherpas native to the mountains sprawled out before him. They had no outside funding, but set out with the goal of documenting a journey that many told them was impossible.

After teaming up with British director Torquil Jones, who went through more than 100 hours of footage documenting Purja’s 18-month journey, a rough edit was put together. They showed it to Netflix and the rest is history. Purja, who was visiting New York City to debut the film at the DOC NYC film festival, spoke with InsideHook about believing in the impossible, surviving avalanches and the importance of a positive mindset when faced with the most treacherous circumstances on earth.

InsideHook: Why did you want to make this documentary?

Nimsdai Purja: I had the vision to document this, and that’s purely because the things I do are out of the norm. I climb at the wind speed of 60 or 70 kmh, there are few climbers who can do this. I wanted to do this film so there’s video evidence of what I do, but secondly, to bring an amazing story to light, which can change people’s lives in a positive way. I thought: “This story has to get out.”

You say in the trailer if you were a Western climber, the news would have been 10 times bigger, which is unfortunately accurate. What are your thoughts around that?

The fact is correct. Any Eastern or Western climbers would have gotten more attention. It is what it is, but I hope with the support of Netflix, this story will get out to the world, and that’s what I’m extremely proud of.

In the film, you talk about hiding your weakness. How did you stay strong during the Possible Project?

As a leader of the team, more than anything else, it’s not only about you and how you feel. There are so many people who look up to you. Your actions have impacted the team members and that has bigger consequences, right? I believe as a leader you should hide your weakness, so your team still follows you, believes in you. Together you can do it. If I quit, that could jeopardize the mission.

What were some of the scariest moments while you were up there? I’m thinking when you slip and fall down 100 meters, until you catch a rope that saves you.

I don’t have a scariest moment, as we were buried by the avalanches. But slipping was one of the scariest, for sure.

What kept you going in the darkest moments?

I knew that I had to complete this project, and that I had to stay alive. I live by that. If your mission is big, and I give it all my energy, I can do it.

Can you tell us about the mountain tattoo that covers your back?

I have a tattoo of all 14 peaks, I got it because this mission was kind of really, totally unthinkable. People couldn’t ever think it was possible. But I know who I am. I put a pair of flags on my tattoo, and I included the DNA of my family and my wife which has been transferred into ink, which was sort of spiritual because I wanted them to come on the journey with me. It made me think about how I have a family to come home to after the mission is complete. That was one of the main reasons.

What was it like shooting with Geljen (aka Gelje Sherpa) and the rest of your team of skilled Sherpas?

We had no funding, we started with nothing. We made the expedition by hook or crook. From there at that point when Geljen joined, he only climbed 2,000-meter peaks; now he has only two [8,000-meter] peaks left.

What was your favorite mountain to climb, of all 14?

My favorite was Annapurna, that’s the only one mountain I’m scared of, because if you research the history, that mountain has six to eight avalanches a day. How do you survive that? It makes me a little bit humble.

But you say you have no fear?

Well, we all have a little fear, but it’s all in how you manage. We had to shoot everything and do whatever it takes.

What cameras did you use?

A lot of different ones, GoPros, camcorders, drones, phones … everything. We filled up six or seven hard drives. The director had to go through all of that. It was over 100 hours of climbing footage. The biggest challenge was how do you combine 14 climbs into one film?

There are two things. One: to show the world that nothing is impossible. So many people thought this wasn’t possible. That’s one part of the story. As a kid I didn’t have a TV in my house. I had to look through the window at my neighbor’s TV. As long as you dream and believe in things, you can show the world that nothing is impossible. We should all keep believing in ourselves, I guess. Through your hard work, your commitment and doing things you want to do, you can always go bigger.

The film shows you in 2018, training for your journey. What prepared you the most, whether mentally or physically?

For me, what prepared me the most was my belief for the project. The whole project, it’s more than physical, it’s mental. I didn’t even have the money. I was raising funds, my mom’s health was ailing, and at the same time, I had to climb this mountain. It was mixed level. Here we are today, I hope the world will witness something so crazy and cool.

What message do you want people to take away from this film?

Do not be scared to dream big. Correct me if I’m wrong, but anyone who watches this movie will have that energy. Everyone could say “wow,” because who are you to say what’s impossible? I think telling your kids something is impossible is not always true. [This movie] is for people who want some sort of motivation or positive messaging. One thing is guaranteed: I just follow my passion. People do things for different reasons. For me, I give 100% and do whatever it takes to make it happen. It’s my passion, but I also wanted to show the world that nothing is impossible. 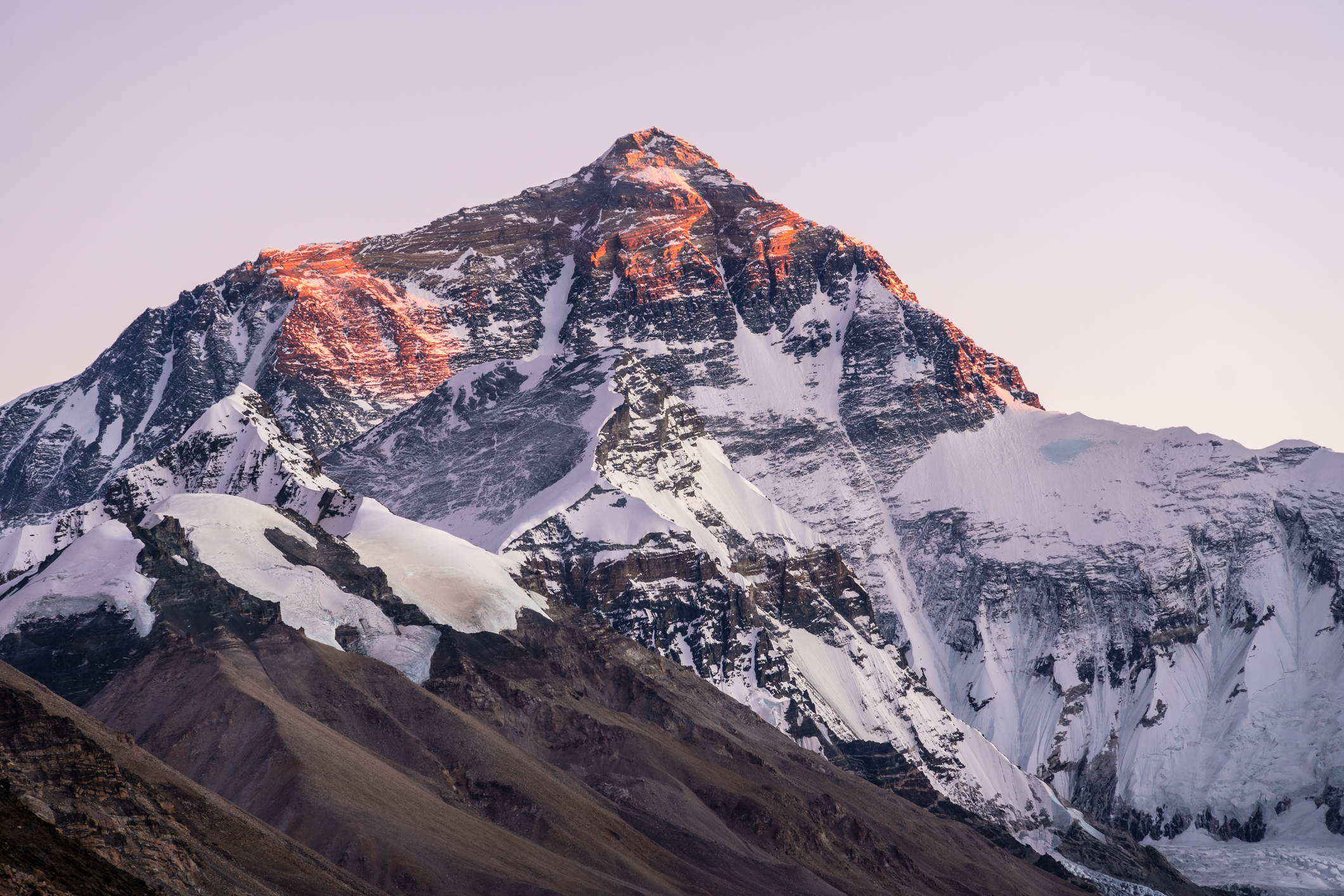 Inside One Madman’s Wild Plan to Conquer Everest 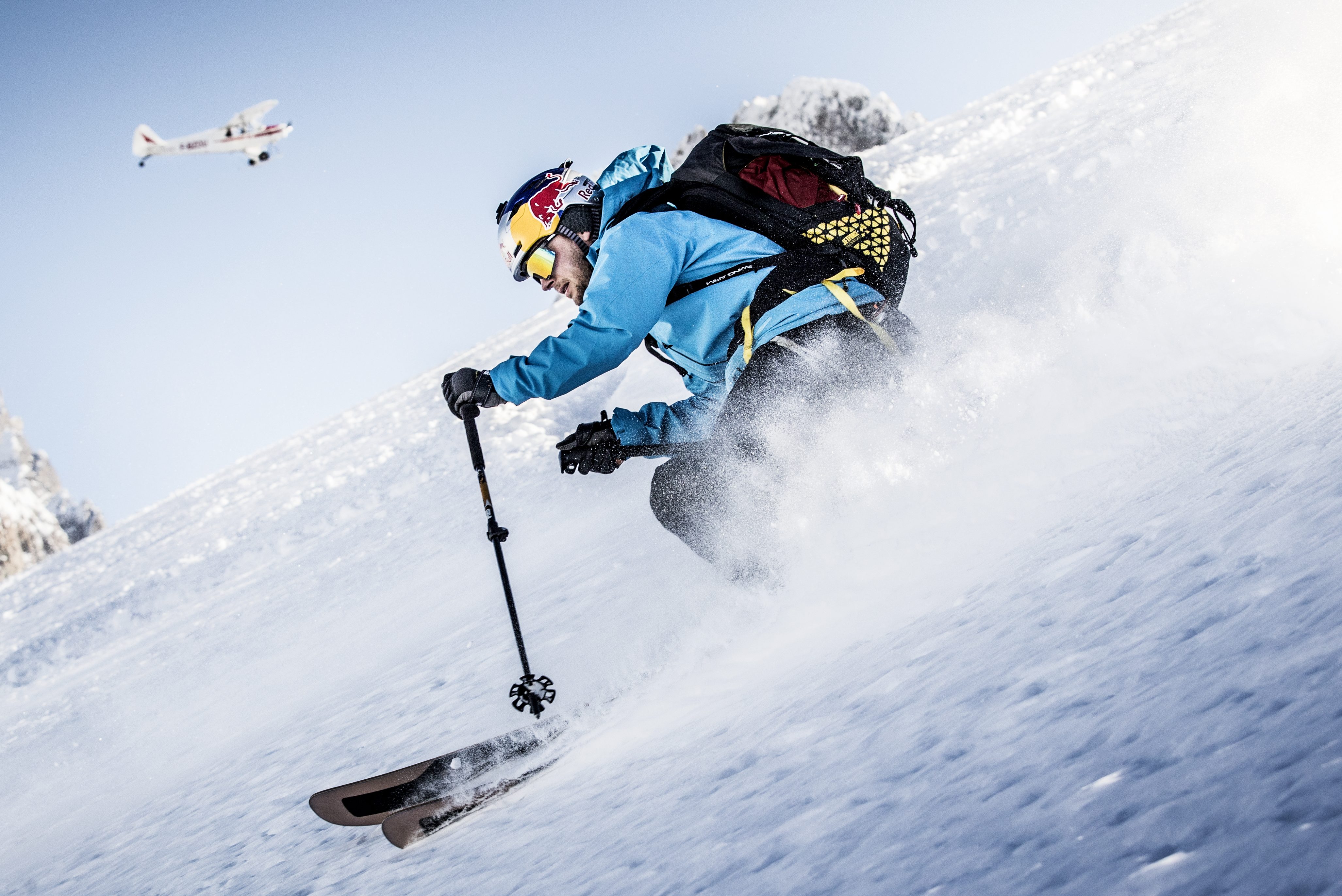