Lawrence Taylor, who helped lead the Giants to a win in Super Bowl XXI, turns 60 today.

EAST RUTHERFORD, NJ: Lawrence Taylor #56 of the New York Giants pass rushes against the Houston Oilers during a circa 1980s game at Giants Stadium in East Rutherford, New Jersey. Taylor played for the Giants from 1981-93. (Photo by Focus Sport/Getty Images)
By Evan Bleier @itishowitis

He didn’t play in Super Bowl LIII, but Lawrence Taylor – Bill Belichick’s first defensive star and all-time favorite player – had an impact on the game nonetheless.

It was Taylor’s presence on the 1986 New York Giants, of whom Belichick was the defensive coordinator, that helped The Hoodie earn his first Super Bowl win as a member of a coaching staff. 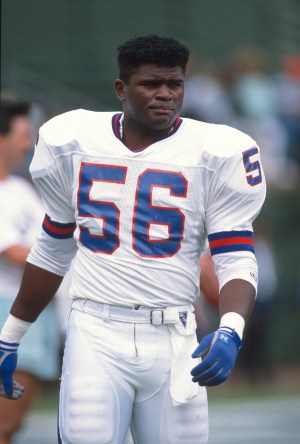 UNSPECIFIED – CIRCA 1981: Lawrence Taylor #56 of the New York Giants looks on during an NFL Football game circa 1981. Taylor played for the Giants from 1981-93. (Photo by Focus on Sport/Getty Images)
Getty Images

Were it not for Taylor – the last defensive player to win MVP when he captured the award in 1986 after recording 20.5 sacks -who knows when Belichick would have gotten his first ring and if he ever would have even gotten the chance to coach the New England Patriots to greatness.

As accomplished as L.T. was on the field (he retired following the 1993 season with 132.5 sacks, 1,088 tackles, 11 fumble recoveries, nine interceptions, and 10 All-Pro team selections), he was even more legendary off of it and his prowess for partying was both admired and detested.

“I live my life in the fast lane and I always have,” Taylor once said.

Despite that, the first-ballot Hall of Famer – he was elected to the Pro Football Hall of Fame in 1999 – was in a class all of his own as a football player, according to Belichick.

“I’m not putting anybody in Lawrence Taylor’s class,” Belichick said last year.  “You can put everybody down below that. With a lot of respect to a lot of good players now, but we’re talking about Lawrence Taylor.”

Another coaching legend shared a similar opinion when asked about L.T. and his game. 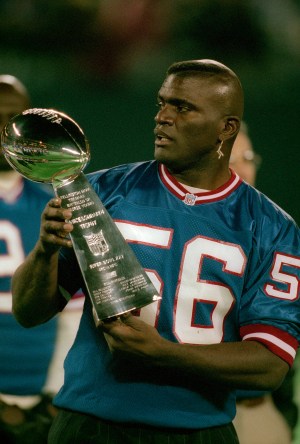 In honor of Taylor’s 60th, we’ve rounded up seven videos of him taking – and making – that proverbial shot against some of the league’s best.