With Tom Brady's Departure, Boston's Reign as America's Titletown Is Finally Over 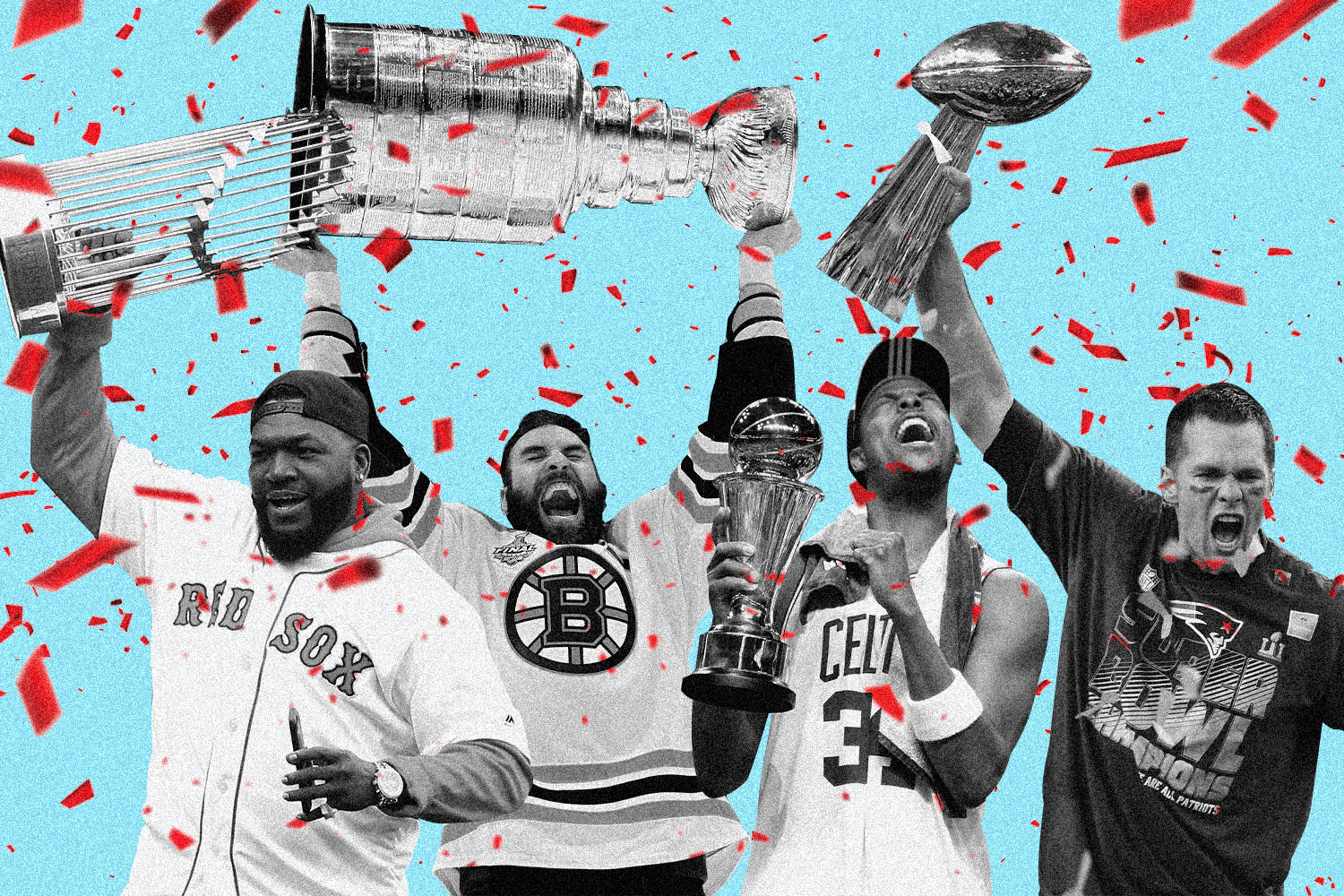 As the Bible says, the Lord giveth and the Lord taketh away.

And for the last 20 years in New England, there hasn’t been a more messianic figure than Tom Brady, the sixth-round pick out of Michigan who brought the region its first championship in 15 years when he led the Patriots to a Super Bowl victory over the St. Louis Rams in February of 2002.

But on the morning of St. Patrick’s Day in 2020, Brady ran a play straight out of the Judas playbook by announcing that he was shipping out of Boston to continue his NFL career elsewhere. Less than 48 hours later, Brady officially left the franchise for which he’d won six Super Bowls by signing with the Tampa Bay Buccaneers, the losingest team in NFL history.

While the pain of Brady’s departure may sting now, New England is only beginning to feel the ache of TB12’s exodus, which likely ensures that Boston’s two-decade run as Titletown, USA is ovah.

And what a run it’s been.

It seems like ancient history, but less than a year ago (June 2019), Boston had the chance to become the first city in nearly a century to hold three major sports championship titles at the same time. With the Boston Red Sox and New England Patriots already reigning champs, the Boston Bruins were hosting the St. Louis Blues face in the deciding Game 7 of the Stanley Cup Finals. The Bruins lost that game and the trophy, but fans had plenty of recent memories with which to console themselves.

Beginning with Brady and the Patriots winning the Super Bowl in 2002, Boston took home 12 championships in 17 years: six from the Patriots, four from the Red Sox and one apiece from the Celtics and Bruins. And even in their fallow years, Boston’s teams were never far from the top, with the Patriots finishing runner-up in three Super Bowls, the Bruins losing two Stanley Cup Finals and the Celtics ceding an NBA Finals to the Laker in 2010.

That all seems like a lifetime ago now, with superstars like David Ortiz, Paul Pierce, Tim Thomas and Rob Gronkowski all retired and potential future stars like Mookie Betts, Tyler Seguin and Jimmy Garoppolo all traded away and playing elsewhere.

And then there’s Brady. The GOAT. The one who started it all. And also, now, the one that got away.

Of course, there’s an outside chance Boston could win another championship as soon as this year if the NHL cancels its postponed season and awards the the Stanley Cup to the team with the most regular-season points in the standings — that’d be the Bruins, at an even 100. Though that title would come with a very large asterisk, it would represent a capstone to one of the most dominant stretches by a single city in the history of American sports.

Whether you love Boston or hate ’em, those are the apples.