The author of "The Impossible Climb," Mark Synnott, talks about his book.

The scariest movie of 2018 didn’t star Michael Myers, the Slender Man or monsters that hunt their prey with supercharged hearing, it starred a rock climber named Alex Honnold.

Described by the New York Times as “one of the great athletic feats of any kind, ever,” the amazing climb featured in the film took Honnold fewer than four hours to complete, though it took years of plan and training both mentally and physically. 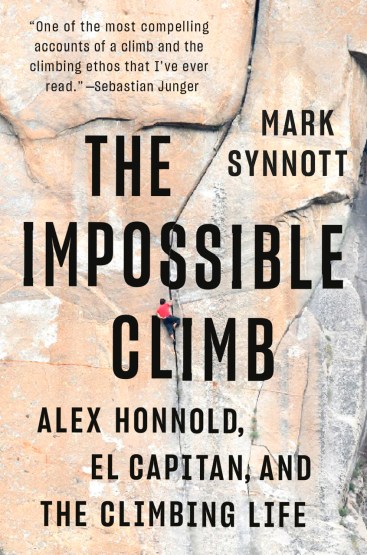 The result, The Impossible Climb: Alex Honnold, El Capitan, and the Climbing Life, weaves the story of Honnold’s unprecedented climb with Synnott’s personal obsession with climbing and also details their 10-year friendship.

And, though the book climaxes with Honnold’s ground-breaking ascent of El Capitan, Synnott’s book strives to capture the ethos of climbing and make it palatable for those who are unfamiliar with the sport.

It also sheds light on who Honnold is, not just as a climber, but as a person as well.

“I wrote this book so people could come away with an understanding of who he is and why he does what he does,” Synnott told RealClearLife. “In general, Alex is a complicated person. In some ways, he wears his deal on his shirtsleeve, but in other ways, he keeps his cards pretty close to his chest. I tried to show this in the book by telling the story of how Alex signs autographs. One he signs a lot is just ‘Go Big’ with an exclamation point. That’s a succinct way of putting it. I have gotten to know him and something that we share in common is we’ve both decided the most precious thing we have as human beings is time and that how we spend our time defines who we are. I know Alex has spent a lot of time thinking about how he’s going to spend his time on earth. I think he decided that he’s a person who needs to squeeze as much juice out of life as he possibly can.”

By pushing himself to the limit physically, Honnold gets rewarded mentally and emotionally in ways many of us might not understand. And maybe we don’t have to. 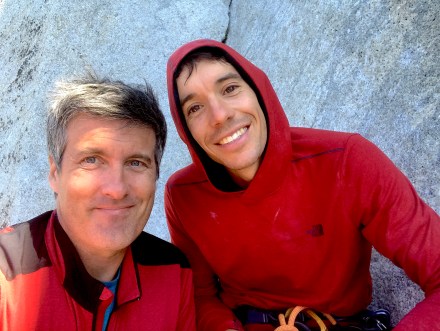 “Most climbers are reward-driven people who wouldn’t climb if they weren’t getting some sort of psychological payback. I think what’s interesting is most climbers don’t ask themselves why. They aren’t hung up on that because, either by intuition or a gut feeling, they are certain it’s worth it. Whether they can articulate why or not, it kind of doesn’t matter or not because they just know in their bones that it is worth it.”

Among extreme thrillseekers, that sort of mindset is fairly common, according to Synnott.

“When you’re close to the edge, you feel like life is being lived very fully,” he told RCL. “A lot of the most fun things in life for people who are high-sensation seekers, those activities tend to be dangerous and you end up walking the razor’s edge a little bit. But when you’re there, you are getting a lot more out of it then you might be when you’re sitting on the couch eating potato chips. The game is just to see how close you can thread the needle and how much time you can spend in that place where it’s almost like time has expanded and you are getting the most from your existence. I think Alex clearly has taken that to a rarefied level.”

In order to truly enjoy their time on the planet, high-sensation seekers have to risk cutting it short. But that doesn’t mean they do it haphazardly, especially not Honnold.

“I think one of the most unique things about Alex is conscientiousness with which he goes about his climbing,” Synnott said. “The El Capitan climb is a perfect example. I think he first came up with the idea of climbing up the face of El Capitan without a rope in 2009. And he did it in 2017. During the time in between, he was meticulously planning it out and working his way up to being able to do it. Part of it was the physical challenge of becoming skilled enough at rock climbing that you can climb a 3,000-foot wall without a rope and actually have a reasonable margin for error. And then there’s the mental aspect of training the mind to control one of life’s most primal emotions: fear. Most of us can’t really control fear. If something scary happens, your body responds and there’s nothing you can do. If that happened to Alex when he was free soloing 2,000 feet up in the air and he panicked, he could easily fall off the climb and die. Alex had to figure out how to control that. There are other climbers who have done that, but I don’t think there is anyone who has gone about it with the level of meticulousness that Alex did. The degree to which he was able to master it is very uncommon. I don’t think there’s another person on the planet who could have done what he did.”

And, as it turned out, there actually probably weren’t too many people who could have stood by and documented Honnold while he plotted and attempted to do it.

“When I first found out he was serious about doing it, I didn’t know what to think,” Synnott said. “I knew it was an incredible story and I knew he wanted it told because there was already going to be a film about it. The film was basically his idea. He wanted the greatest achievement of his life, and what might be the greatest rock climb ever, recorded for posterity. I think we all used that to justify the fact we were there documenting it. We all decided that if we weren’t there as documentarians—me on the writing side and the film crew on the other side—that there would be someone else like there to take it on. And, as Alex’s friends, it was better off that it should be us.” 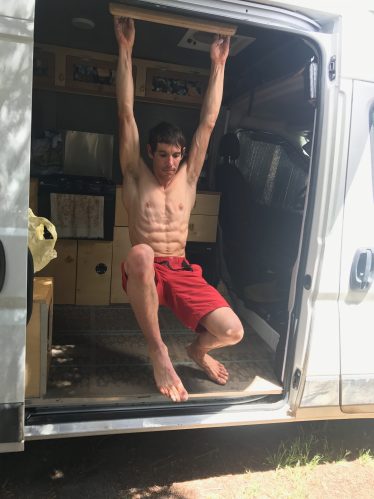 Alex Honnold  hanging out in his van. (Mark Synnott)

Still, despite reaching that realization, the job didn’t get any easier for Synnott.

“Feeling like we were doing the right thing and that it was justified didn’t take away any of the stress,” he said. “I think it’s the most stressful thing I’ve done in my entire life, just being there and being part of the story and documenting what was happening. Just knowing the whole time there was the possibility that Alex could fall and that I might be there to witness it, to watch a friend die, that could really screw you up.”

Spoiler alert: he didn’t die. Now thanks to the movie and Synnott’s forthcoming book, Honnold, and rock climbing, are attracting greater attention.

“I think it’s incredible,” Synnott said. “I see it the same way a lot of climbers do which is just, ‘Wow, our sport is actually kind of becoming mainstream.’ People are now hearing a lot about our sport and it didn’t use to be like that. It was very on the fringe when I started climbing in the mid-’80s. No one even knew about it. Now people do. And I know climbers have mixed feelings about that. It’s something some people feel is sacred and they don’t want it to be tainted. I personally find that really annoying. The more people we get out here, the better. The world is going in a different way right now, so the more people we get out here, the more they are going to care about the outdoors and take care of this thing we love. I think it’s positive people are learning more about the sport and getting drawn into it. I think it’s awesome [the filmakers] achieved what they set out to do at the highest possible level, Alex included. He wanted the story told and he wanted it told well. That’s obviously what has been achieved here.” 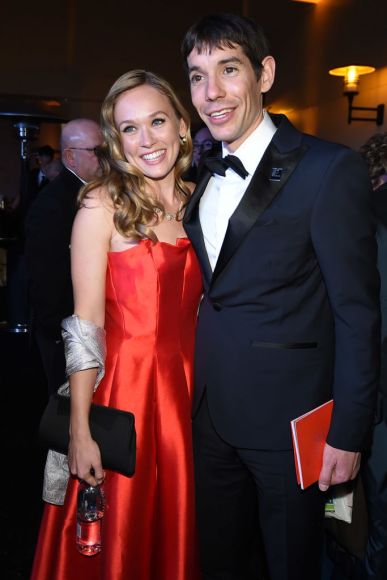 So, is Honnold the new face of the sport?

“I asked different people if Alex was the most famous climber in the world when I was working on the book and they said yes,” Synnott said. “Now, there’s no question. Alex is the face of climbing and we couldn’t have a better guy for the job. There’s a lot of ego in climbing and people who get famous always get told how great they are. If they don’t have impeccable character, they can start to believe their own bullsh*t, their own hype. I can tell you for a fact Alex is moving in the opposite direction from that. The guy couldn’t be more real and I think he becomes more and more humble every day. He’s got a lot of character. Alex is a totally unflappable person. I’ve never seen him lose his cool or get angry or upset or lose his composure. We’re lucky the most famous climber in the world is Alex Honnold.”

And readers of The Impossible Climb are lucky Synnott was there to document the way he got there.

“This was the hook for the story I’ve always wanted to tell,” Synnott said. “The tentpole that could hold the whole thing up while I take my own story and weave it into Alex’s because our paths did collide at a certain point. The idea coalesced, and I thought, ‘Holy sh*t, this could be an amazing story.’”

He was right. It is. Obviously, the Academy agrees.

The Impossible Climb: Alex Honnold, El Capitan, and the Climbing Life by Mark Synnott is available everywhere on March 5.