How to Keep Your Home Security From Spying on You

You can have both safety and privacy, but it’s not an easy combination

While a home security system can provide help with physical intrusions, they also arrive with some built-in flaws regarding privacy.

Take Ring — it was recently discovered that the camera/doorbell unit has partnered with 400 police forces across the country to share video. According to the Washington Post, these partnerships let police request recorded video within a specific time and area; while homeowners can decline these requests, the Amazon-owned company is basically creating, in some people’s minds, a for-profit surveillance network (while placing responsbility on the Ring owner).

“Ring’s business model is fundamentally incompatible with democracy and basic human rights,” as Fight for the Future’s Evan Greer told Axios. “A world full of cheap, insecure, privately owned surveillance devices is not a safer world for the majority of people on this planet.”

Plus, almost all of these connected cameras interact with other smart devices, and all that data is ending up on various company and third-party servers.

While Ring gets most of the headlines, you’re bound to run into security and privacy issues with some other home systems. Depending on your priorities (safety at all costs, ok with police but concerned about hacking, staying off the grid, etc.), you have a few options for your home system, outlined below.

Trust that big tech will fix its problems

In response to recent bad publicity, Ring introduced two updated privacy/security features last week: They  added mandatory two-factor authentication (aka every time you log in, you’ll need a one-time code, which will be shared via email/text) and the ability to opt out of sharing information with third-party service providers, a practice that is rolling out this spring. This follows a recent update where Ring started notifying users about logins.

To be fair to Ring, the home security system has a 4.5/5 star user review rating on Amazon and topped Wirecutter’s Best Home Security System ranking, where it was praised for its simplicity, versatility and price.

Minut claims to make privacy “central to [their] approach.” The company aims to find a middle ground between wifi-connected security cameras and traditional home alarm systems. Their solution? Take out the cameras. Instead of recording sound or video, Minut’s system uses environmental sensors that analyze noise, motion and temperature — as well, the computer processing this information is doing it at your home and not sending data to any cloud storage … unless an emergency triggers it. It can also function as a nightlight, mold detector and detect other alarms going off in your house. But again, in the event of an actual break-in or emergency, you won’t have any recorded audio or video feeds. Another option: A DIY system like Wyze saves your video to microSD cards in lieu of a third-party cloud system.

Don’t rely on others

Self-monitoring systems put the onus on you, the homeowner. Basically, you’ll get the alerts sent to your phone, and what you do with that information is up to you. It might include video footage, or it might just be motion or environmental sensors. Like many of these DIY systems, Abode and Scout give you options of self monitoring, adding on devices (and/or voice control) or, if you want, paying more for professional monitoring.

The non-profit wants to make the web a better place and a public good — so they have no corporate agenda.  Which means it doesn’t hurt to look at their smart home ratings, which ranks everything from smart speakers to home security systems on a 1-5 for meeting “minimum security standards” (which takes into account encryption, security updates and privacy). Surprisingly, a huge company like Google comes off really well — their Nest Cam Outdoor Security Camera and Hello Video Doorbell products both earn a full five stars. Ring, uh, does not do so well.

As tech expert Brian Chen of the New York Times noted in his recent Ring review, there are several simple practices you can follow to improve your privacy, including strong passwords, two-factor password verification with a “burner” device (basically, tying your alarm system into a phone number that’s less connected to you — Chen suggests a setup via Google Voice), opting out of law enforcement requests, turning off the device’s microphone and installing tracker blockers on your phone. 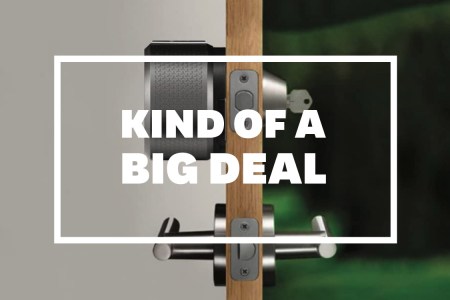 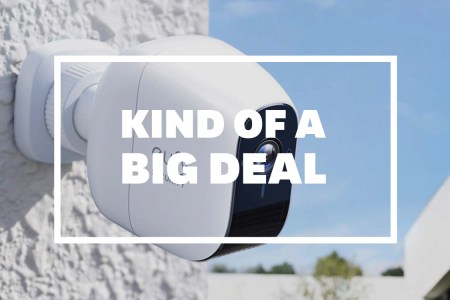 For One Day, Home Security Has Never Been Cheaper or Easier