Ever wish you could penetrate a partner with your balls? It's called ball sex, and the Balldo has you covered.

Ball sex is a thing, or it is now, anyway.
Balldo/Getty Images/EyeEm
By Bobby Box

As cis men, our penises –– and what we want to do with those penises –– can occupy much of our thoughts, so it was only a matter of time before someone figured out a way to have two of them by turning our testicles into a second makeshift cock.

The idea came to Jerry Davies, CEO of Nadgerz Inc., as he and his partner basked in a post-coital cuddle. “She started pulling my balls down and as she did my cock started getting hard again,” he tells InsideHook. “So from there I started experimenting with ball weights, cock rings etc., and it dawned on me that there was enough slack at the top of my balls that I might be able to somehow make a second penis out of them.”

An engineer by profession, Davies let curiosity lead the way and, three years and over 100 prototypes later, created what he considers a gateway product to a new style of penetrative sex, which he’s coined “ball sex.” This inaugural device is the aptly named Balldo, and Davies insists it’s your surest way to experience what he calls a “ballgasm.”

Initially, Davies and his partner figured the Balldo would be a solution for couples wanting to continue having sex after the penis owner had climaxed. At the time, they did not know that it would also trigger its own brand of orgasm.

According to Davies, the Balldo combines three sensations that trigger a so-called ballgasm (the jury is still out on whether this is actually a thing). The device stimulates the nerve-endings in the scrotal skin, especially when inside an orifice, where things are all warm, wet and cozy. Blend that with a foreign testicular thrusting sensation and your penis being up for grabs (literally) while all the action is taking place and, boom –– you’ve got yourself a knee-buckling ballgasm.

Curious what a ballgasm feels like? “It’s this really heavy, deep orgasm that takes a long time to crescendo,” Davies explains. “It’s almost like you are trying to figure out where the hell this sensation is coming from. It still results in an ejaculation from the penis, but unlike sex with the penis, I think there’s a much stronger psychological stimulation.” 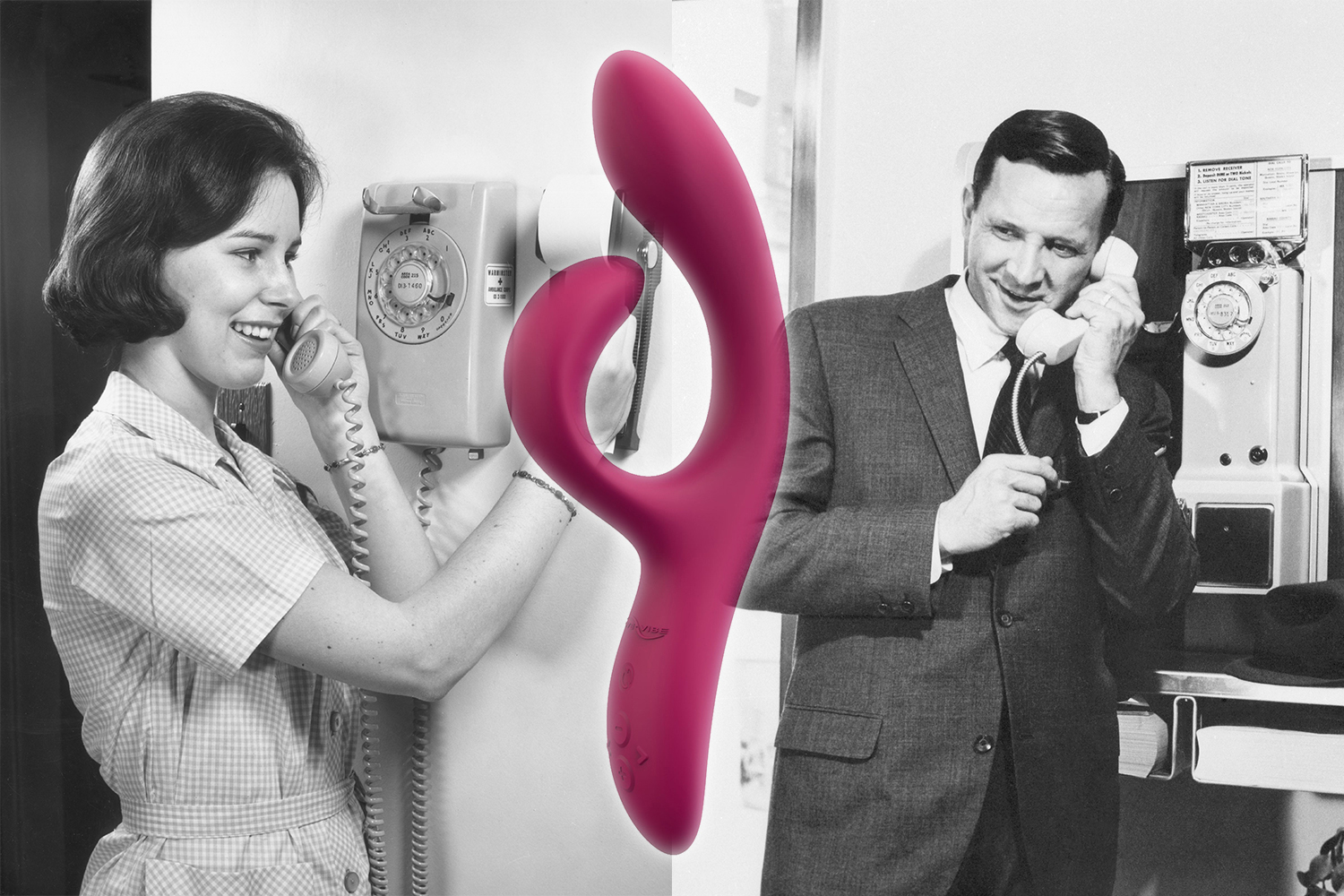 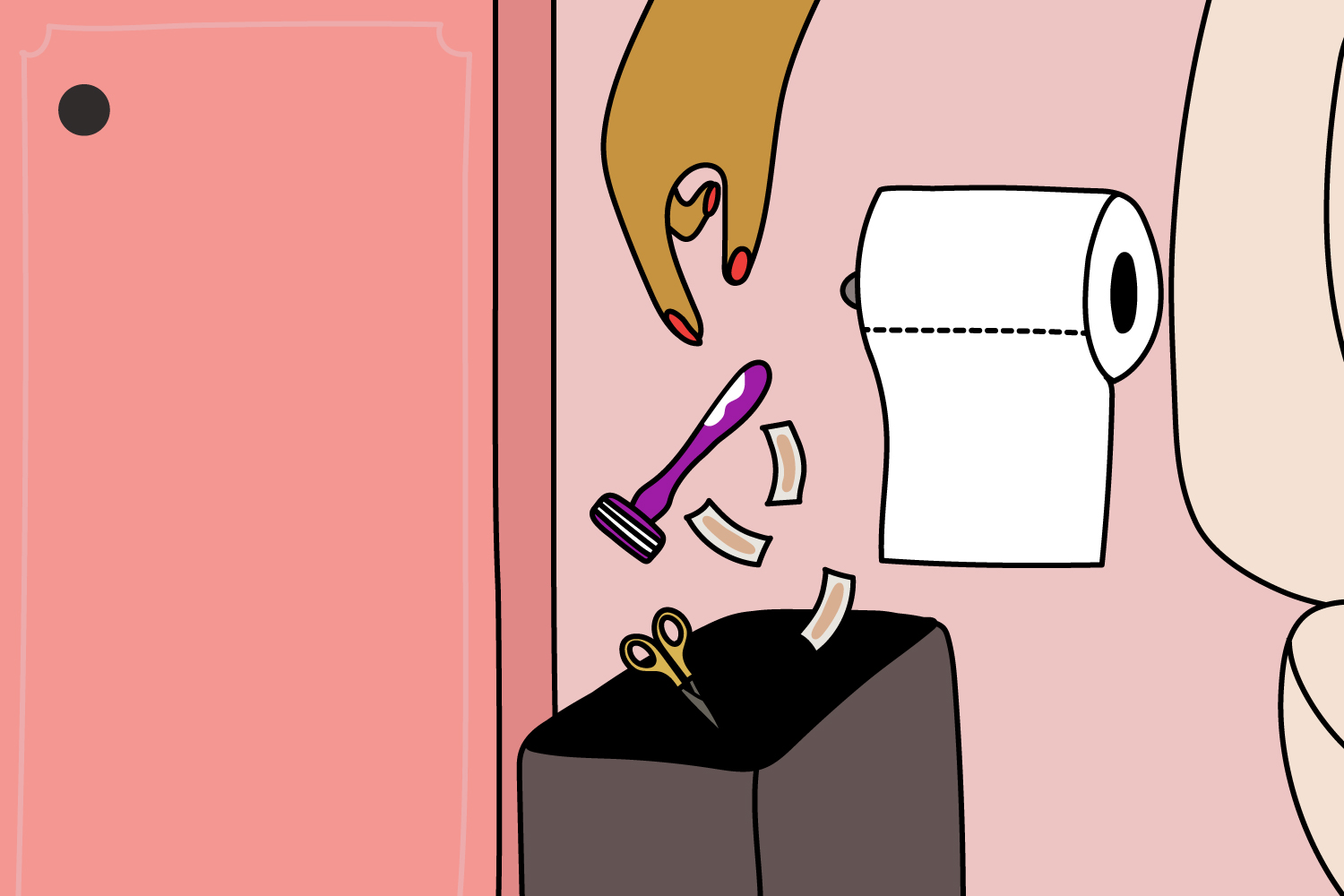 The Balldo can be used vaginally, anally or for double penetration. “It’s really nice to wear while out and about or even in the office,” Davies adds. “We also think it would be great for those who lack confidence, either as an ED sufferer or for guys who are smaller than average.”

Speaking to this last point, Davies shares that he once suffered from ED after having acute prostatitis. Being unable to have sex was a massive blow to his ego, so his partner pushed him to use the Balldo, which was still in the prototype phase, while he healed.

“My cock got the hardest it had been in recovery because I was still thrusting and getting stimulated by the Balldo,” he says. “I don’t know why, perhaps it felt left out!”

The logistics of the Balldo are pretty straightforward. First, make sure that your balls are shaved and lubed (use water-based lubricant since this toy is made from silicone) to prevent resistance and nasty snags. Next, stretch the ring of the Balldo (which, to help you better understand, is a phallic shaped sheath, half of which is exposed) over your balls so the band sits just above them. Then, stretch the two spacer rings (included) above the Balldo to secure the device in place. This last step makes your testicles more rigid for penetration.

Now, you may be thinking that your testes are too sensitive to be used with such force and reckless abandon, and that’s valid –– after all, tugging on your scrotum is a popular tactic to delay orgasm if you’re not ready to climax. But Davies insists the Balldo resolves the sensitivity issue by holding and cupping the testes in such a way that they feel protected, not ticklish. “The balls are managed in a shape that keeps them in the optimum position for positive stimulation and protection,” he says.

Test subjects who’ve used the Balldo reported that it’s best utilized post-orgasm as you build stamina to get hard again. “It definitely makes you get hard again quicker,” Davies says, who shares that using his penis with the Balldo together is his favorite, warning: “Your partner may have to train for the extra girth!”

As one might imagine, some sexual positions with the Balldo are more effective than others. “You need the legs out of the way because your balls are lower than your penis, so missionary with your partner’s legs on your shoulders or doggy style are perfect,” Davies says. But ultimately, he and his partner hope the product will take on a life of its own and people will find other equally innovative uses for his creation.

“The best thing to do is experiment,” he says. “It’s new, and I’m sure many couples will do things we haven’t even thought of.” 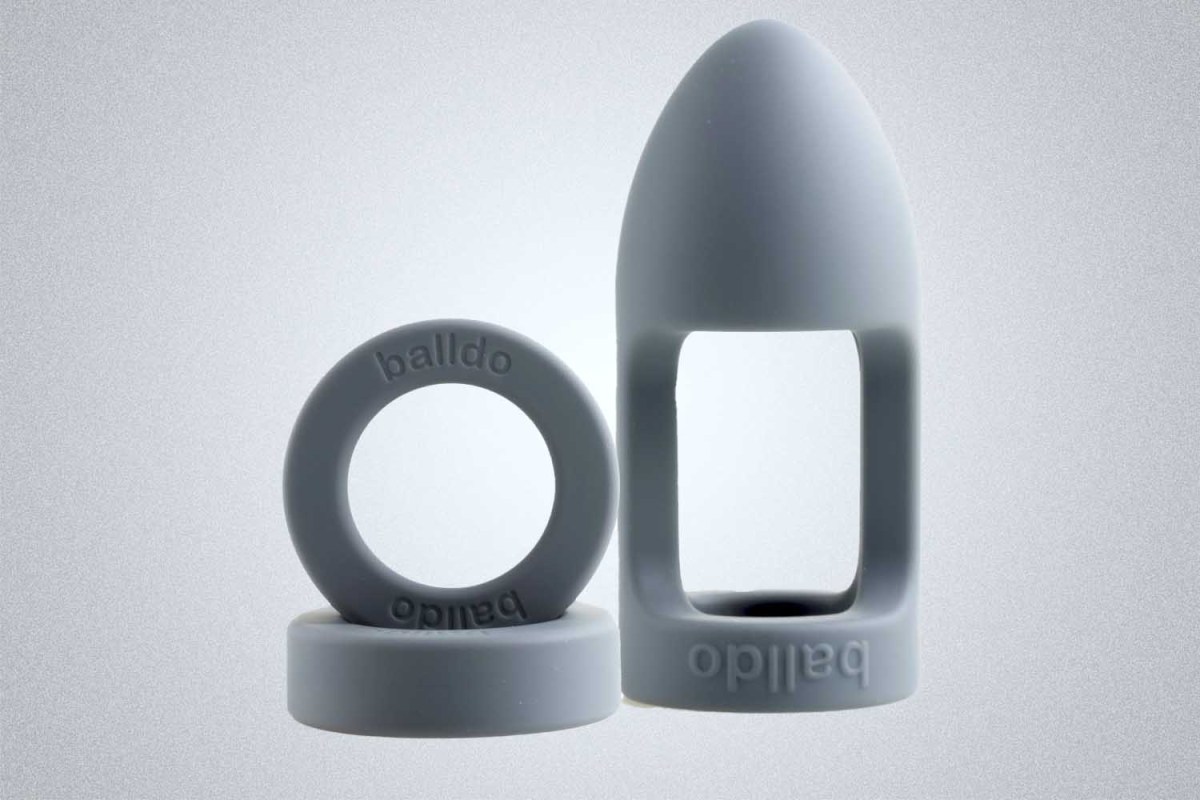 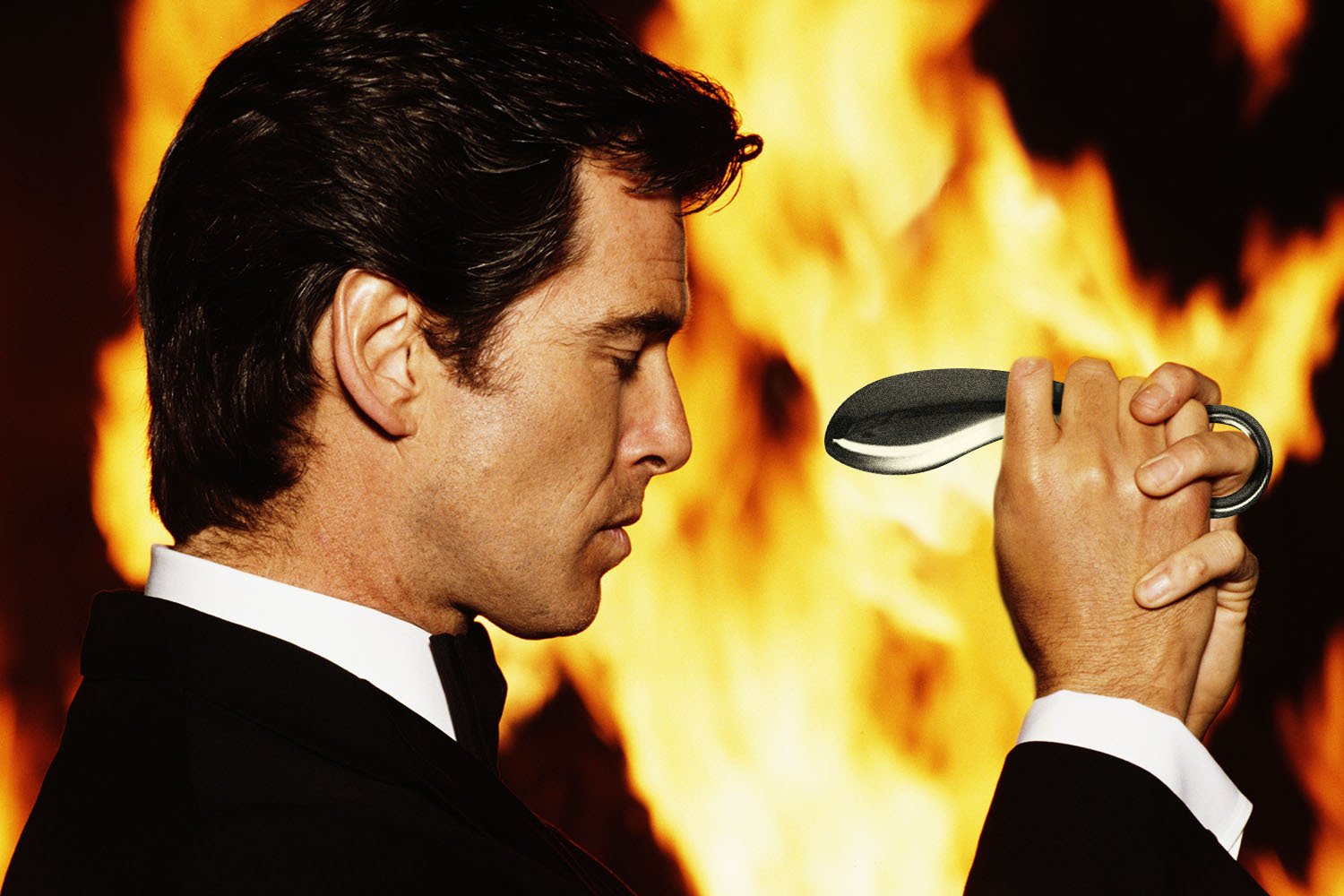 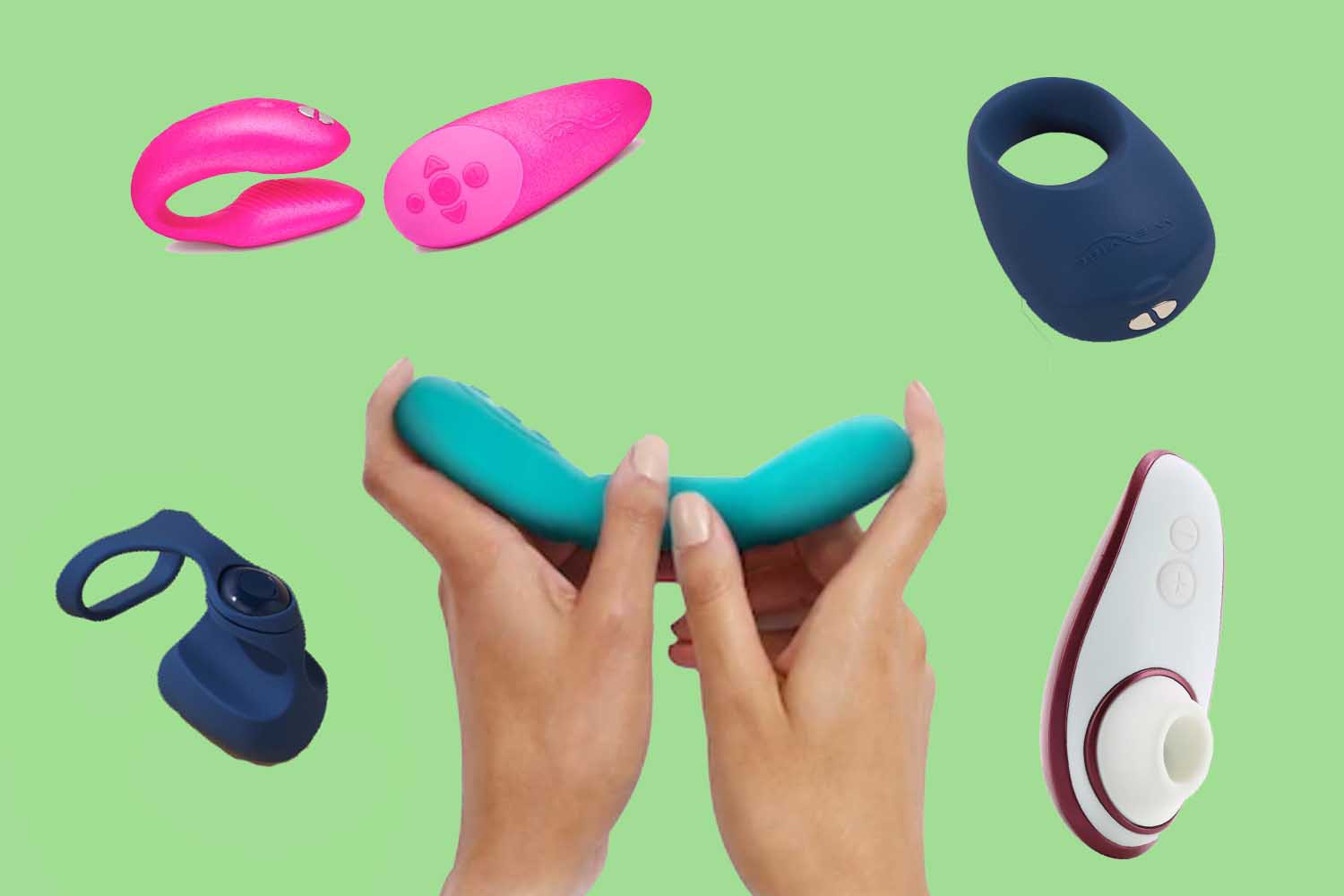 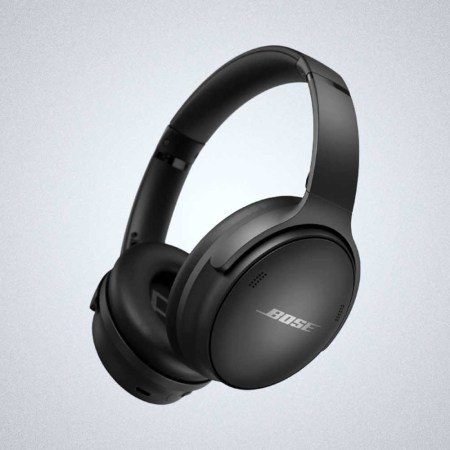 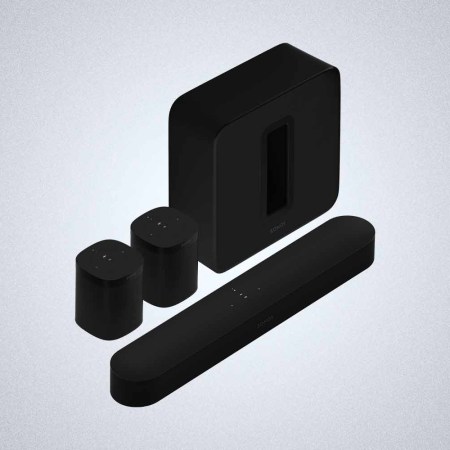 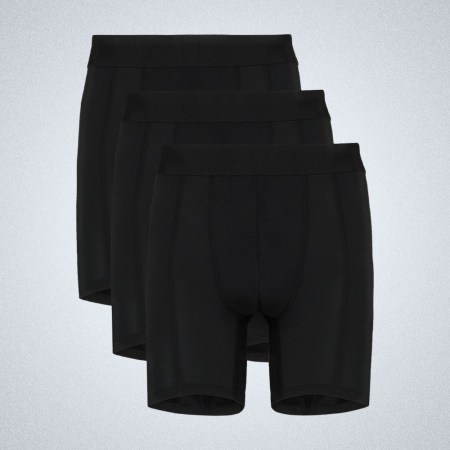 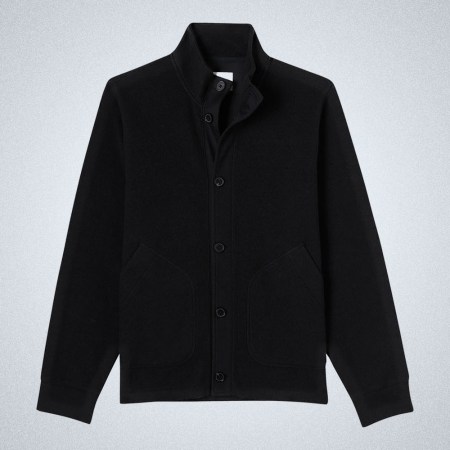