Can the Automat Restaurant Finally Make a Successful Return in the Age of COVID?

A restaurant without any visible employees or required human contact? Bring it on.

With as many as half of New York City’s nearly 24,000 restaurants and bars potentially being forced to close permanently within a year due to COVID-19-related financial problems, the notion of opening a new eatery right now is daunting. But what if the business you plan to open is uniquely suited to thrive in a pandemic-struck world? What if, say, patrons were able to order, collect and eat their food without interacting with another living soul?

While that concept may sound somewhat futuristic, it actually dates back to a business named Quisisana that opened at the Berlin Zoological Garden in 1895. The world’s first automat, Quisisana operated without any visible employees and allowed customers to swap coins for items like hot sandwiches, cups of coffee and glasses of wine by inserting them into a glass-enclosed kiosk.

Essentially a cross between a cafeteria and a walk-in vending machine with hot food, the concept hit the U.S. when Philadelphia restaurateurs Joe Horn and Frank Hardart opened the first American automat in 1902. “You see what you want, and by dropping a coin into the aperture beside the desired dish and pulling a lever the mechanism starts to work and lets down a sandwich, a piece of pie, or whatever the order may call for,” read one 1902 newspaper account.

Horn and Hardart opened another automat location in Times Square in 1912 and the concept really began to take off in New York City after the Spanish Flu pandemic ended in 1920, according to The Wall Street Journal. Though the rise of fast-food chains eventually decreased the popularity of the automat, the last Horn & Hardart location in NYC did not go out of business until 1991.

Joe Scutellaro, a Hoboken native who started working in midtown Manhattan after attending Fordham University in the Bronx, would go to automats in the city with his grandmother as a child and continued to visit them, including the final Horn & Hardart location, when he entered the workforce as an adult.

The fond memories Scutellaro has of eating pie while his grandmother drank coffee after a show at Radio City Music Hall are one of the reasons he recently opened a modern take on the automat, Automat Kitchen, in Jersey City.

“I’m a tax accountant by trade and I happen to have a lot of clients in the restaurant business. The first client I ever had on my own was a restaurant in New York City, so I’ve had an interest in the restaurant business through my accounting work,” Scutellaro tells InsideHook. “Sometimes in the mid-2000s, I approached one of my clients and asked if it would be feasible to bring back a modernized version of the automat. He had an interest in the automat as well and that’s how we started trying to put this together. That all started about 15 years ago and it took this long to get it to fruition.”

Offering made-to-order comfort food crafted by a kitchen crew that’s neither seen nor heard, Automat Kitchen uses a patented automated system and custom hardware to deliver dishes to customers via touchscreen-equipped cubbies that can be unlocked with a code or via text. Although orders can be placed using kiosks inside the eatery, dishes like spaghetti squash, chicken pot pie and curry pot roast can all be ordered via phone or computer to make the entire process 100% contactless.

“Walking into Automat Kitchen feels a bit like taking a step back in time and into the future, simultaneously. On the one hand, it’s an obvious homage to its predecessor — and not just because The Automat: The History, Recipes, and Allure of Horn and Hardart’s Masterpiece sits propped open by the cutlery,” says InsideHook staffer Lindsay Rogers, who visited the Jersey City establishment on a recent weekend. “It’s got a real diner feel to it, possesses many of the same features as the original and, for all intents and purposes, operates in generally the same capacity. But on the other hand, the touchscreen kiosks and transparent OLED screens that change to reflect your name when your order is ready make it very reminiscent of the Foodarackacycle on The Jetsons. After making your selection, it’s between a 5-10 minute wait before your food appears behind one of the cubby doors. It’s easy to forget there is anyone actually working there at all.”

Though Scutellaro’s original concept for an updated automat didn’t include touch-free ordering and pickup, the team delayed Automat Kitchen’s opening once the pandemic hit in order to make the experience contactless for customers who desire that option.

“If you order on your phone and then you have to go look a human in the face to pay and he hands you a bag of food, then what’s the point of ordering over the phone, right?” Scutellaro says. “I think it has closed the loop for customers. It’s pandemic-friendly, but I think it’s also hyper-convenient. I think the convenience factor will outlast any type of pandemic or health benefits. But in the meantime, it’s great for COVID-19 as well.”

In addition to updating the delivery system to modern standards and then adapting it further to function during a pandemic, there was also an effort to modernize the food to meet the demands of today’s consumers.

“The original automat operated like a traditional vending machine. There would be pre-made food items sitting in boxes and you would just pick what you wanted and take it. Today’s diners don’t want pre-made items. They want things that are really fresh and haven’t been sitting around. So we knew we had to pivot,” Joe’s son Steve, who has been working with his father on the project, tells InsideHook. “We started by making things custom and made to order and then decided to double down on this old-made-new-again concept by taking classics and adding a twist. For example, whereas the original automat had a very traditional chicken pot pie, we’ve made ours with a puff pastry and played with some of the ingredients to make it a little bit lighter and more approachable.”

With modern food and a revolutionary delivery system, Automat Kitchen seems well-positioned to avoid the fate of the automats of the past, even if its fonts, signage, logo and stainless steel walls harken back to their forebears.

“As with any new concept, there’s a little bit of explanation required,” says the younger Scutellaro. “We’re already seeing a lot of repeat customers who are just finding it so easy and coming back. Once people get it, they’re becoming hooked on the experience because it’s so easy. The response to the food has been really positive, too. The people will come once for the wall, but if the food’s not good, they won’t come back. But the reviews on the food have been really positive, which is great. We can be consumed in whatever way works best for the customer. You can order exactly when you want your food to be ready, walk in without speaking to anybody, get your meal and head home or back to work. The food and the convenience will hopefully make us not as susceptible to why the original automat failed.” 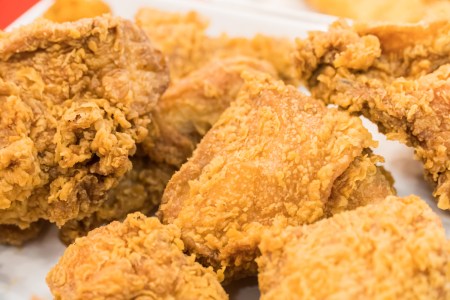 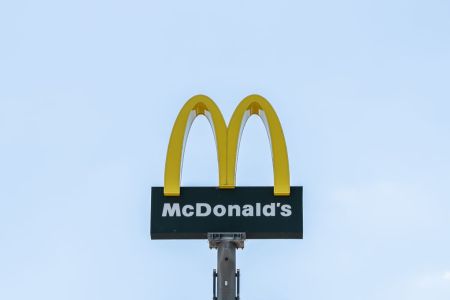 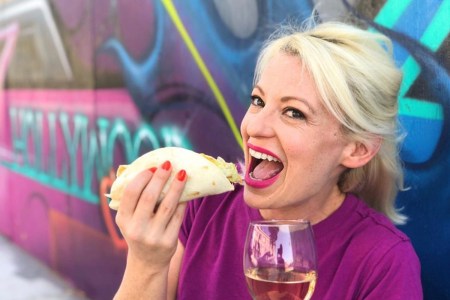 So What Wine Should I Pair With In-N-Out’s Crazy Animal-Style Fries?