Robert Mueller, John Kerry and the Prep-School Sports Program That Helped Mold Them

The Trump investigator and former senator were once hockey, soccer and lacrosse teammates 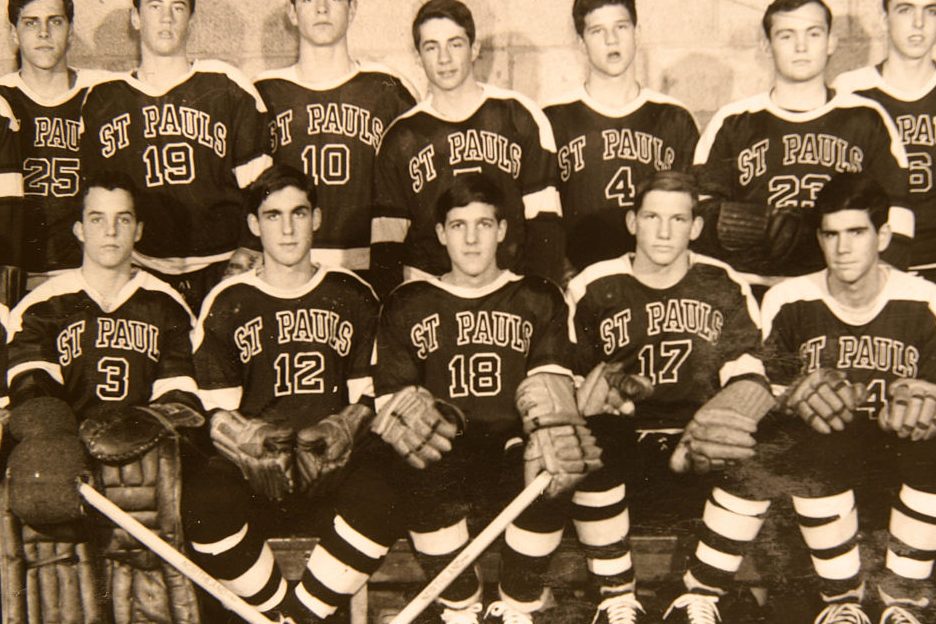 In addition to housing 18 dormitories, the school’s secluded campus features an astronomy center, the Chapel of St. Peter and St. Paul, an eight-lane indoor pool, two climbing walls, two hockey rinks and squash and tennis courts. This year, those facilities were used by 534 students who pay or have scholarships that cover, an estimated $63,805 per year (including tuition, room, board and personal expenses).

You go to the Episcopal school if you’re on track to attend Yale or Harvard and then sit in a boardroom or behind the bench after that. It’s the type of elite New England prep school that we all know and read about, but few get to experience. In his 2011 book on the school, Privilege: The Making of an Adolescent Elite at St. Paul’s School, Shamus Rahman Khan wrote, “If one is interested in the American experience, as I am, then this is not your typical spot to learn about it.”

St. Paul’s was most recently in the news when grad Owen Labrie was convicted and found not guilty for allegedly sexually assaulting a fellow student. When the verdict was handed down, the New York Times reported that, “St. Paul’s School was a character in the trial, too, depicted by both sides as an educational haven with a troubling culture of sex, entitlement and misogyny.”

But despite its sometimes troubling history, the school nicknamed “Big Red” has produced its share of honorable and noteworthy Americans — including John Kerry and Robert Mueller, who battled alongside one another against rival schools like Hotchkiss and Andover before fighting for the U.S. in Vietnam.

Of the two, Mueller was the more skilled athlete, serving as the captain on a few of the squads, including the hockey team.

Kerry confirmed as much in a conversation with Seth Meyers. “He was captain of the team. He was terrific. He was the best athlete in our school,” Kerry said of Mueller. “Very tough soccer player, lacrosse player and hockey player. As a lacrosse player — he’d smack the other guys, knock them down.”

Despite Mueller’s athletic prowess, it was Kerry who was the more notable figure at the school at large, according to nautical historian John Rousmaniere, who played with both men on the hockey team.

”I think hatred is too strong a word,” Rousmaniere told the New York Times in 2004 about going to school with then-presidential candidate Kerry. ”Loathing is too strong a word. He may have seemed a little calculating to some people, and perhaps to me as well at the time, but he wanted to be liked. He may have just been a little more obvious about it. Not bad training for a politician. He wanted recognition, and in a place like that, anybody who did stand out in a noneccentric, nonsarcastic way, some people might be a little suspicious of.”

Unlike Kerry and Mueller, Rousmaniere may not be a household name, but other famous alumni of the elite prep school include actor Judd Nelson (The Breakfast Club, St. Elmo’s Fire), director Neil Patrick Jordan (The Crying Game) and Senator Sheldon Whitehouse (Rhode Island) as well as (now deceased) members of the Astor and Vanderbilt families.

Though their athletic connection is now making the rounds thanks to Mueller’s two-year probe into the Trump administration, some believe Kerry, Mueller and others went on to be teammates of another sort while at Yale:

While we can’t comment on the Skull and Bones speculation (you can read up about the organization here should you so choose), his skills on the ice or his killer eyebrow game, we do know that Mueller’s school ties run deep.

And as we’ve learned in the recent past, those ties can explain a lot about how where you went can influence your entire future.