The snake oil salesman is as American as apple pie. And right now, they're having a moment. 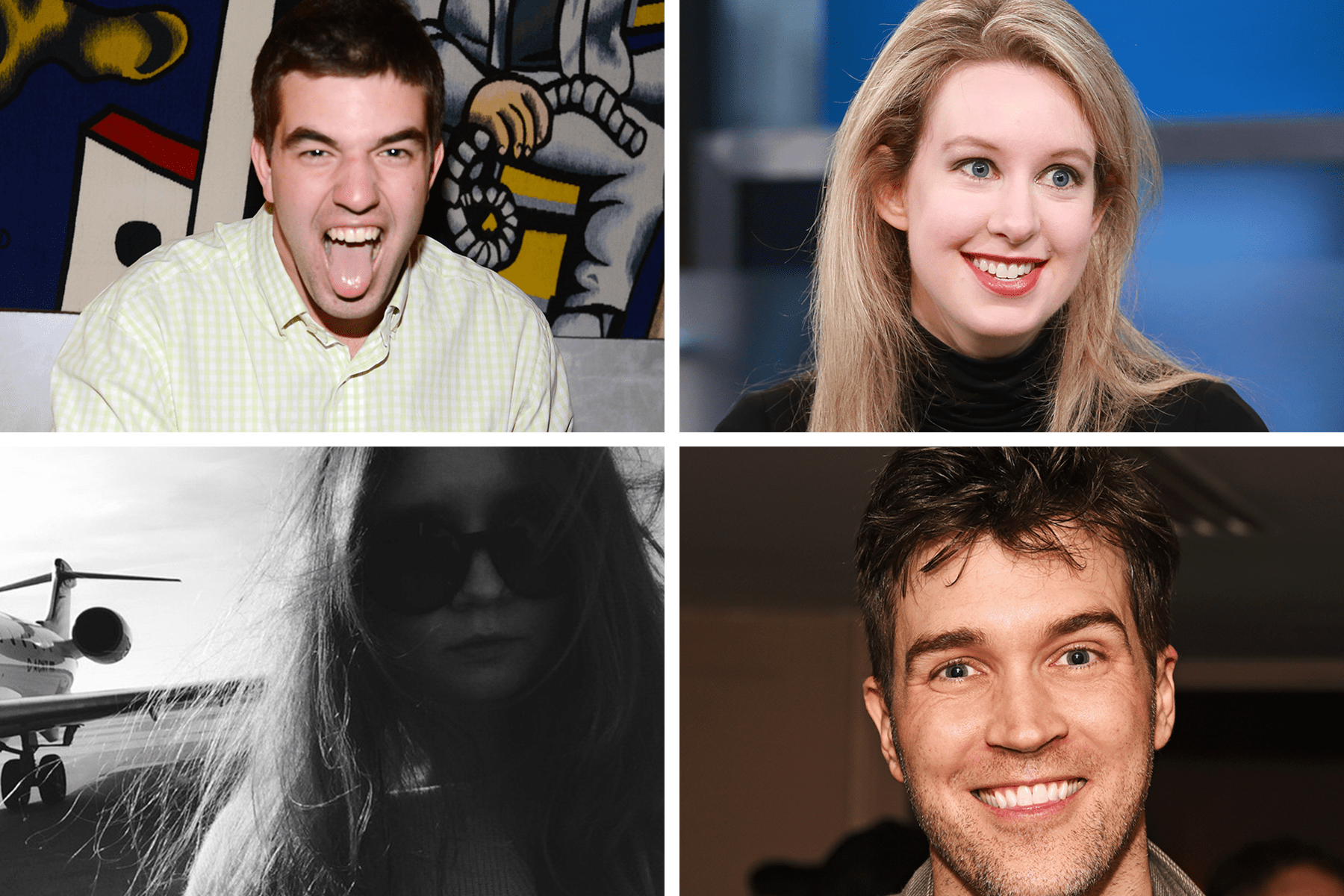 Grifters and con artists seem to be everywhere you look these days.

Last week it was the “fake heiress” Anna Sorokin, who was found guilty in a New York City courtroom for swindling wealthy people out of nearly $300,000. Before that it was Billy McFarland selling thousands of tickets to the disastrous Fyre Festival. In business, Elizabeth Holmes’s Theranos secured $700 million in venture capital (and a $10 billion valuation) for a fake blood testing machine. In literature, Dan Mallory conned his way to the bestseller list. In politics, the administration of Donald Trump (who himself settled a lawsuit over his alleged scam university for 25 million dollars) is plagued with more grifting scandals than you can count. It feels like we’re living in the golden age of scamming, and the media and Hollywood really can’t get enough of it.

In short, it’s a sunny day for shady people.

The Washington Post recently wondered if we’re in “Washington’s golden age of grift,” while WIRED suggested 2018 was “The Year of the Scammer.” And yet, 2019 is already giving last year a run for its money. Last month, an FBI investigation revealed dozens of parents — including Hollywood celebrities and business tycoons — had conned their children’s way into colleges using fake SAT scores, imaginary extracurriculars and, of course, big donations. And while this is almost all entirely despicable, currently, Netflix and Hulu have dueling Fyre Festival documentaries, HBO is delving into Theranos with The Inventor and the new film J.T. Leroy explores the infamous literary scandal. Sorokin’s tale is next, with a film treatment via Shonda Rhimes currently in the works.

So why are scams, grifts, cons and flim-flams so popular now?

One answer may be that the decades-long push towards deregulation in American government has made cheating a whole lot easier. Americans just filed their taxes with the knowledge that the IRS has fewer auditors looking into things with a sitting president who says using loopholes to get out of taxes “makes me smart.” A decade after the financial industry’s sketchy practices lead to a global financial meltdown, the industry still has little oversight and many scandals, such as Wells Fargo simply creating millions of fake accounts. More importantly, there are rarely real consequences for bad behavior. Wells Fargo was fined a measly $185 million in a year the company had $86.40 billion in revenue.

Another answer is that the rise of new social-media platforms has provided new avenues for grifters and con artists, such as the New Jersey couple who raised $400,000 on GoFundMe that they pretended was going to help a homeless man. (They were exposed and the donations were refunded.) New frontiers are always a fertile home for scammers. But the pervasiveness of scamming in American society, from the ivory tower to the White House, may point to something more timeless: maybe America just loves the scam.

Consider the “snake oil salesman.” This staple Western archetype is a well-dressed man selling bunk medicine with a slick sales pitch. Westerns are the quintessential American film genre, and the Wild West is an essential part of our national myth. And in almost every film there are crooked card dealers, sneaky saloon owners and other varieties of shark and scammer. Hell, the snake oil salesman himself is based on real American history: in 1897, a man named Clark Stanley sold “Snake Oil Liniment” that was supposed to be based on Native American medicine. Only problem? The snake oil not only didn’t work as medicine, it didn’t even contain any snake oil!

And yet, the snake oil salesman, like the card shark or the bartender who waters down liquor, isn’t really a villain in the American consciousness. He’s almost an aspirational figure. America has long been a country where the way to the top is brains and a clever pitch. We’re a country that celebrates the salesperson who can “sell ice to an Eskimo” and believes P. T. Barnum’s (likely fictional) maxim “there’s a sucker born every minute” is the basis for a successful business plan.

Of course, America didn’t invent scamming — it’s been around at least as long as there have been people around to cheat. The famous Code of Hammurabi, one of the earliest attempts at codifying laws in human civilization written almost four thousand years ago, included laws about fraud: “If a herdsman, to whose care cattle or sheep have been entrusted, be guilty of fraud and make false returns of the natural increase, or sell them for money, then shall he be convicted and pay the owner ten times the loss.”

But while cons have been around forever, in every country and culture, America seems uniquely prone to celebrating them. Our myths and movies have long been populated with corporate raiders, gangsters, pool sharks, outlaws and the like. Consider Paul Newman, who became on iconic leading man almost exclusively playing grifters (The Sting), robbers (Butch Cassidy and the Sundance Kid) and hustlers (The Hustler, The Color of Money). We just love people who can “get one over on the man,” even if that “man” is us.

If there is a modern version of the snake oil salesman, it’s probably the car dealer. The fact that car dealers are expected to grift customers — to upsell them on useless undercoating or pretend to offer a “special price” if the manager approves — is simply accepted as the price of buying a car. We may not like it, exactly, but we certainly don’t get angry enough about it to demand regulation of the car industry.

And what’s true of the car dealer is true of salespeople in every field, including healthcare. I recently went to a new dentist on my new health insurance. I wanted a routine check of my gums, but instead my new dentist only told me he had to immediately schedule me for multiple operations to replace all my fillings. When I pressed him as to why I needed to replace all the fillings, he eventually admitted that I didn’t need to replace them for any health reasons. It would just look better to replace my silver fillings with white fillings. I told him I’d skip the expensive and unnecessary procedures. We both laughed, acknowledging that we knew this was simply how it worked. The May issue of The Atlantic includes an article titled “The Truth About Dentistry” that explored how common unnecessary procedures are. But the truth is that article could be told about any industry in America.

Scams are perhaps the one constant of American life. Even the richest and most powerful people can be scammed, whether it’s Henry Kissinger sitting on the board of Theranos or the NYC high society getting scammed for dinners and hotel rooms by a fake German heiress.

Ultimately, what’s the difference between selling snake oil without snake oil and olive oil without olive oil? (As much as 80 percent of olive oil in your average grocery store is fraudulent.) Food labels like “cage free” or “zero trans fat” are frequently inaccurate or meaningless, social-media companies sell our data without our consent, and patients never have a clue what a hospital will charge them. These practices are all considered legitimate business practices, and they all exist on the same grifter continuum of “Just how much can we get away with, anyway?” While it may seem like we’re living in the golden age of the scam, let’s be clear: grifters and scammers have been a part of our economy and national identity since its foundation.

So next time you think of the symbols of America, don’t just think of the Statue of Liberty, the bald eagle or the apple pie. Think also of the snake oil salesman standing proudly alongside them, wily grin on his face as he waves the stars and stripes.