Outside of Chicago, a Frank Lloyd Wright home is in danger of demolition 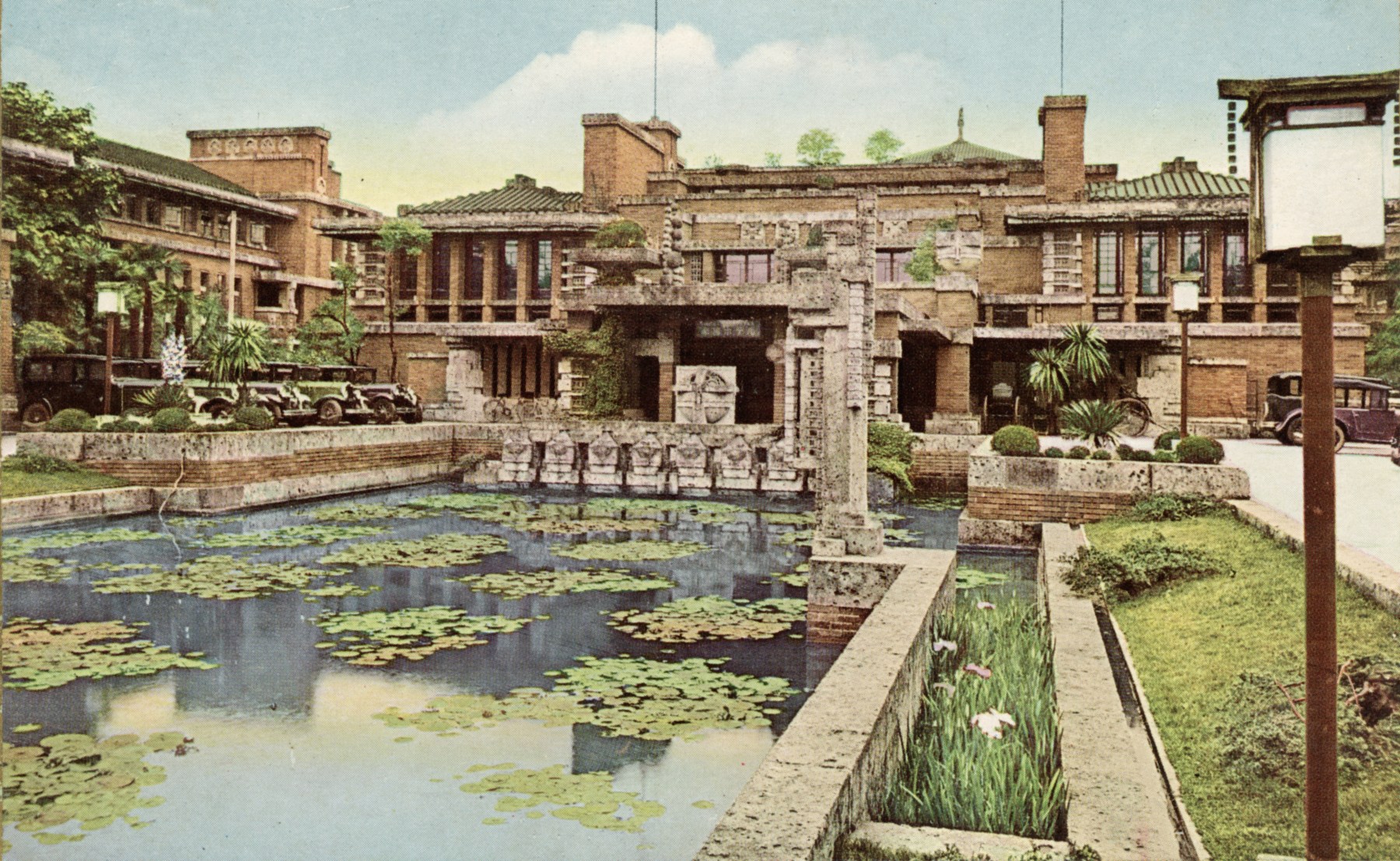 The Imperial Hotel Tokyo, designed by Frank Lloyd Wright, demolished in 1968 (Photo by Hulton Archive/Getty Images)
Getty Images
By Jason Diamond / May 24, 2019 11:39 am

The Chicagoland suburb of Glencoe is about as quaint a place as you can find.

Hugging right up against Lake Michigan, it’s one of the affluent communities that make up what is known as the North Shore. It has connections to iconic teen movies of the 1980s like Risky Business and Ferris Bueller’s Day Off. The Chicago Botanic Garden calls Glencoe home. It features some of the most idyllic landscapes you’ll find in a part of the country that is best known, scenery wise, for being flat.

We don’t usually think of the suburbs and think of places that truly balance nature and man-made beauty the way the early designers of such places had hoped, but Glencoe and its neighboring communities tend to be an exception. Beyond the combination of geography, natural beauty, smart landscaping, great schools and — let’s face it — money, the thing that really connects Glencoe to its North Shore counterparts like Highland Park and Evanston is that it is one of the great architectural areas in the entire United States.

Being so close to Chicago, with its Mies van der Rohe glass masterpieces sitting next to Louis Sullivan designs and art deco wonders, probably plays some part in it. But the area has also long attracted great architects of its own. From the breathtaking Bahá’í House of Worship in Wilmette to the turn-of-the-20th-century mansions you see while driving through Lake Forest and Winnetka, the North Shore has served as a canvas for many of the great American design minds, including the most famous of all, Frank Lloyd Wright.

Now, one of his homes, the Booth Cottage in Glencoe, is in danger of being torn down.

Built in 1913 for Wright’s attorney Sherman Booth, the house was recently purchased by buyers for $555,000. The purchasers then filed an application to tear down the building, triggering an advocacy alert from Landmark Illinois, a non-profit that had listed the home on its 2019 Most Endangered Historic Places in Illinois list. As the alert states, “The one-story, small Booth Cottage sits on a sizable lot, providing the space necessary for the new owner to construct a much larger home.”

As Jay Koziarz at Curbed points out, there is some glimmer of hope that the place won’t fall, but it’s slim: “According to the nonprofit advocacy group, the demolition application is currently incomplete. When finished, it will start a 180-day delay period triggered by the home’s “honorary landmark” status with the Village — a designation that carries no legal protection against demolition.”

According to Lisa DiChiera, Director of Advocacy at Landmark Illinois, that sort of status is considered “weak,” and that a certified landmark would have helped protect the property. Still, most property owners who buy historic homes choose the weaker landmark status so there is “some kind of acknowledgement of the historic or architectural significance of their property,” but they also know that “it still doesn’t place any restrictions on the property” like building additions or remodeling.

DiChiera tells InsideHook that the last owners of the Booth Cottage were “sympathetic.” The Frank Lloyd Wright Building Conservancy was trying to work with the family to convince them to seek out the certified landmark status, knowing it was very much a teardown target — “not only because the house is small, but because it’s on a large lot, and it’s in a desirable community.”

That brings up one of the biggest problems Wright’s cottage in Glencoe and other historic buildings across the country face. “Unfortunately the City of Chicago and the big cities are the only ones that continue to really understand landmarking from that perspective,” DiChiera says. Suburbs across the country, meanwhile, tend to have more relaxed laws and codes when it comes to conservation. “It’s all about what can we build here that’s bigger and better,” says DiChiera.

The little cottage plays a significant part in Wright’s story, but also the story of the suburb before the term “affluent” was permanently affixed to it. After Booth moved out, it was a “comfortable, middle-class home,” DiChiera points out. “And that’s important in Wright’s design legacy, too.”

Thankfully, there are options that organizations like Landmark Illinois try to present to potential buyers. “For instance,” DiChiera says, “a way to still get a new house on the parcel while retaining this house. Where this house could become almost a work studio, or an in-law home, or something like that.”

If that doesn’t work, there are other, less desirable routes to explore.

“Relocation is never a preference, but it is an option,” DiChiera says. “Because if we can’t bring these current owners to the design table to see ways that the building could be retained while still building a new home on the site, or that they could retain this house and build additions on to it and make it larger, that will be the Plan B or Plan C, whichever way you want to think of it.”

So how do we not get there? What are the measures that can be done before a place is threatened? DiChiera has one simple answer: “Survey.”

Another important step is getting ahead of these sorts of situations by getting the community involved, especially in the suburbs, where you don’t usually tend to hear a lot of Jane Jacobs-esque community organizing stories. One example is taking place right now in another bucolic suburb, this one in the bucolic Connecticut town of Avon, where developers are looking to build condos on a golf course. While at first glance one might say, “So what? It’s a golf course,” locals are concerned about the environmental impact on the area as well as quality-of-life concerns like more noise and traffic on the small road the developers plan to build on.

To combat this threat, and to prepare for other future issues similar to it, locals decided to start the Save Nod Road non-profit. The organization is doing everything from getting the word out by asking neighbors to put signs in their lawn to retaining legal counsel and speaking on behalf of the residents to the town manager, planner and zoning commission. All of these things take time, sometimes years. The fate of Nod Road in Avon, CT, like Wright’s Booth Cottage in Glencoe, is still very up in the air and could be for a long time.

Still, all this begs one question: Why? Sure, there’s money to be made by building and selling new condos, and I understand wanting a bigger place, but is it worth it to throw away our past for these things? These places and structures are as much of our heritage as any other piece of Americana you can think of. Would these people who would tear down a home by Frank Lloyd Wright take a manuscript written by Mark Twain and tear out the pages because they needed scrap paper? Would they smash a baseball bat used by Hank Aaron to collect kindling for a fire? I don’t think so — or at least I hope they wouldn’t.

At best, the case of people purchasing a property with a building that has historical and architectural significance only to tear it down and build something on it is ignorant. At worst, it’s cruel, and a fundamental failure not just on behalf of the people who purchased the property, but on our society at large for not protecting its heritage.