Should You Really Let TV and Movie Spoilers Ruin Your Day?

To spoil or not care about spoiling: that is the question 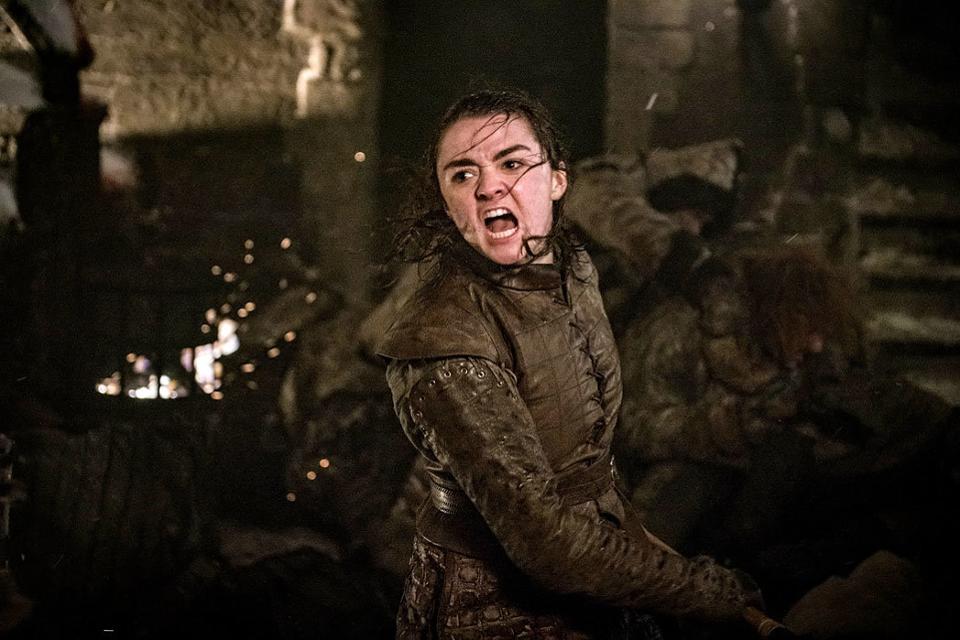 In our content-saturated culture, there is perhaps no greater crime a member of polite society can commit — outside of heating up fish in the shared office microwave or clipping your nails in public — quite like “spoiling” a popular movie or television show.

With Avengers: Endgame hitting theaters recently and the final season of Game of Thrones making its debut HBO in the last month, there have been plenty of opportunities to commit the mortal sin. GoT‘s recent episode featuring the Battle of Winterfell, for instance, was the most-tweeted-about show ever on the Sunday night it premiered. But come Monday morning, there was more than a fair share of people who avoided the social-media platform because they still hadn’t caught the action or logged on begging “No spoilers.”

It hasn’t been pretty as spoilers given without an alert have led to pizza-guy-on-pizza-guy violence, movie theater beatdowns and boatloads of shade being heaped on LeSean McCoy of the Buffalo Bills.

It doesn’t have to be this way, does it? Must we live in fear of being the spoiler or the spoiled?

Spoilers, by their very nature, are really just not that important. They are accidental reveals about fictional events that didn’t happen which have no tangible effect on the real world.

Are they unwanted? Sure. Are they worth getting bent out of shape about? Not really. After all, if you really didn’t want someone to spoil what happened on Riverdale or what, exactly, the plot of Jordan Peele’s Us is after you saw previews for months, you probably should have tuned in when the show was on or gone to the movie theater as soon as possible. The world isn’t going to wait for you. Sorry.

“I think there has to be a statute of limitations on spoilers,” Fandom Found’s The Walking Dead podcast host Sebastian tells InsideHook. “Part of the onus is on publishers to establish their own guidelines about spoilers and how to handle them. And part of this is on the viewers/fans. I have the opinion that if something is important enough to you, then you should have to go out of your way to avoid spoilers. If over 100 million people saw Endgame, should I expect all of them to not talk about it until little ole me gets to see it? No. Fortunately, I don’t care much about Endgame. But the sentiment is the same for things I do care about, like Game of Thrones.”

A recent Vulture poll about who the primary responsibility to avoid spoilers rests with found a similar sentiment as 37 percent of respondents said individuals who haven’t seen a show or movie yet bear the responsibility for avoiding spoilers.

“When it comes to major, watercooler pop culture phenoms like Game of Thrones and Avengers: Endgame I think it’s best to understand the day after an episode airs or by the end of opening weekend that it’s free game on spoilers being discussed,” Vulture staff writer Angelica Jade Bastién tells InsideHook. “That’s just the nature of the beast. These works seem most interesting people not as actual works of art but for their communal experiences.”

As Bastién points out, spoilers can even have a positive impact in some cases.

“I actually don’t have a problem hearing spoilers because the experience of a film can often change my understanding of a plot dynamic I’m ‘spoiled’ on,” she says. “Also, as a fan of a lot of classic cinema, spoilers are sort of a given.”

Though his statute of limitations is longer, Jim Jones of Bald Move’s Game of Thrones podcast also believes fans are responsible for keeping themselves spoiler-free.

“Save the spoilers until the next season has begun,” he says. “That way, if you were too busy during the original airing you have the next season’s marketing cycle to remind you to catch up. If you haven’t caught up after that, it’s probably not that important to you.”

So there you go. Do the important things in life. Go to work. Call your parents. Feed your dog and/or goldfish and/or child. Be nice to your significant other. And go see the movies and watch the television shows that are of great import to you because the world wants to talk about them.

Because spoiler alert: Contrary to popular opinion, nobody should have to wait for you to do so.