As the Brady Law Turns 25, Guns Are Killing More Americans Than Ever. Why?

The Brady Handgun Violence Prevention Act was enacted on November 30, 1993.

Named for press secretary James Brady who was shot in the head during an assassination attempt on President Reagan’s life, the so-called Brady Bill’s passage imposed a five-day waiting period before a licensed importer, manufacturer, or dealer could sell, deliver, or otherwise transfer a handgun to an unlicensed individual.

In place, yes. Effective? That’s a much bigger question. 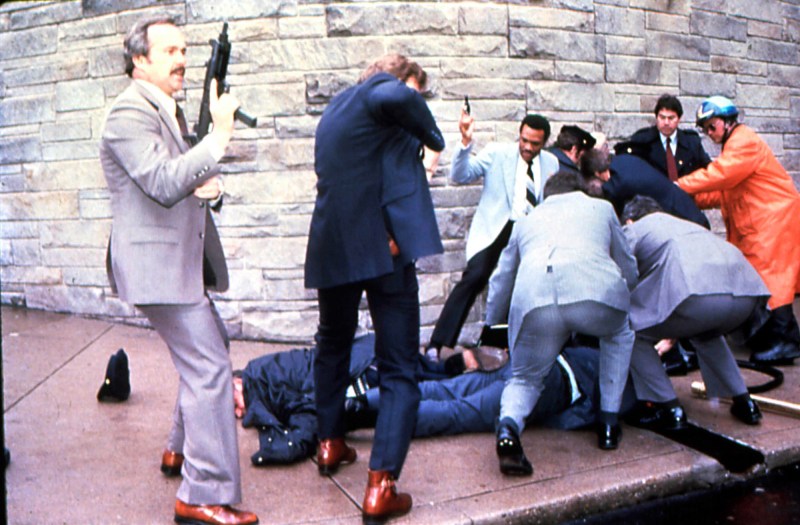 354390 091: James Brady and a police officer are seen lying on the ground after being shot while the suspect John Hinckley Jr. is apprehended,at right, moments after the attempted assassination of President Ronald Reagan, Washington, DC, March 30, 1981. (Photo by Dirck Halstead/Getty Images)
Getty Images

According to numbers compiled by the Brady Campaign to Prevent Gun Violence using the most recent five years of complete data (2012-2016) from the Centers for Disease Control and Prevention, 124,760 people in the U.S. are shot each year on average, including 17,207 kids and teens.

Breaking that down on a daily basis, 342 people are shot each day with an average of 96 of those shootings resulting in death.

Those numbers don’t look good, nor should they, but without the passage of the Brady Bill, they’d be even worse, according to Brady Campaign co-president Kris Brown.

“The gun homicide rate has dropped precipitously since the enactment of the Brady Law,” Brown told RealClearLife. “While other forms of gun violence like suicide have risen, the Brady Law was enacted in an attempt to ensure dangerous people did not have easy access to guns and it has had a real impact looking at the data on the homicide rate.”

Since the passage of the act in 1993, more than 300 million guns have been sold, but 3 million potential sales to prohibited purchasers have been prevented.

Sadly, despite those preventions, gun-related deaths are on the rise.

Across all races, ages, and both sexes, there were 37,511 violence-related firearm deaths in 1993, the year the Brady Bill was signed into law, according to raw numbers from the CDC.

Here is the number of deaths in every year since up until 2016, the most recent year for which the CDC’s data-tracking system has statistics available.

What those raw numbers show is that there were 352 more violence-related gun deaths in 2016 than there were in 1993, the year the Brady Bill was put on the books. Disturbing yes, but not as unsettling as the finding that the 37,863 violence-related gun deaths in 2016 is more than 10,000 more than the 27,657 which were recorded in 2000, the least violent year in post-Brady Bill era.

If displayed as a graph, the number of violence-related gun deaths from 1993 to 2016 would be a reverse bell curve, with the number of deaths both starting – and finishing – at all-time highs for the time period.

The primary reason for that, according to Brown, is the rising rate of suicide.

“Suicide went down for a bit of time but has climbed back up steadily,” Brown told RCL. “While homicides are at the same rate they were in the ’80s, suicides have risen.”

A secondary reason is a loophole, which gun policy advocates are hoping to close, in the Brady Law which disqualifies domestic abusers who attacked their spouses from gun ownership but doesn’t protect against domestic abusers in relationships which do not involve marriage.

“Dating partners and stalkers were not included in the federal law and that’s a problem, especially women because they are typically the victims,” Brown said. “If a gun is available during an abusive situation, there’s a 500% increase in the likelihood of a gun homicide. There’s clearly a gap between then the bill was signed 25 years ago and where we are now.”

Brown is optimistic a measure will pass through the House of Representatives early next year which will help close that gap, as well as expand background checks to apply to all gun sales, including those sold privately, on the internet or at gun shows.

Updating the bill would help improve upon a law that, despite being 25 years old, has done what it was intended to do for the most part.

“This law is a safety net,” Brown said. “It stops dangerous people from accessing guns and in that regard, it deserves appropriate reinforcement after a quarter-century. We deserve to invest in it so that it is even stronger in the interest of public safety and so individuals going about their everyday lives don’t have to walk around with the fear of being shot.”

If, as your humble narrator does, you think those gun violence numbers are far too high for a civilized country with the means, and hopefully the will, to do better, write a letter asking your representative to expand background checks to all gun sales.