From lost blues records to Japanese ambient, these labels picked through the bins so you don't have to 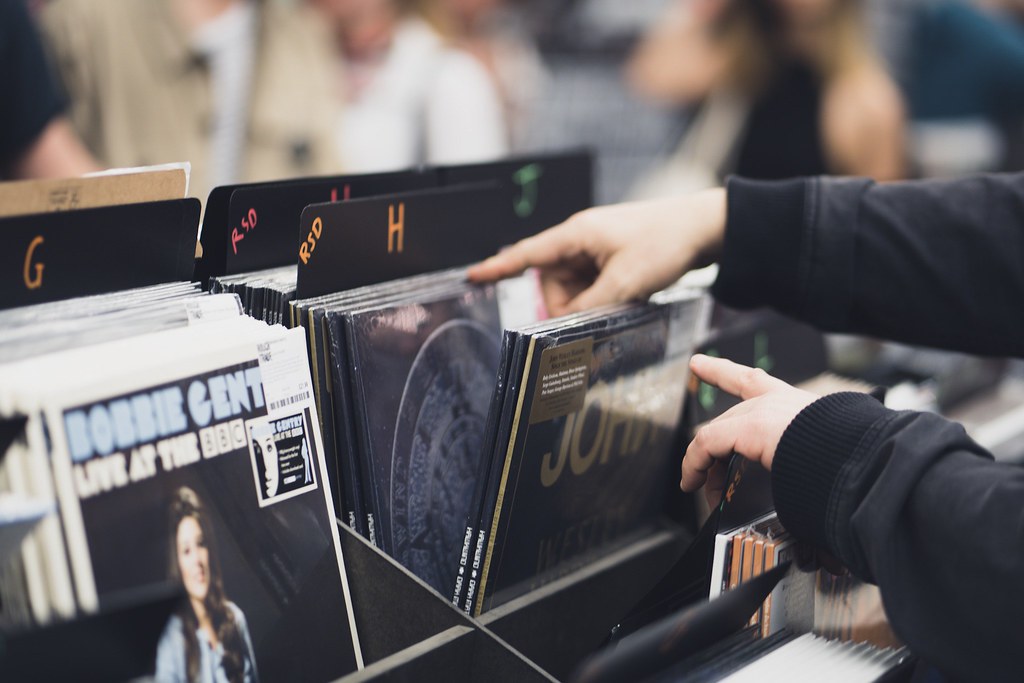 “For people from my neck of culture and a number of subcultures, vinyl never went anywhere and was the preferred medium.” That’s what Jonathan Toubin had to say when asked about the comeback that vinyl has had in recent years. Toubin knows vinyl very well: he’s known around the world for spinning 45s in front of ecstatic audiences, using the vinyl of bygone days to inspire crowded dancefloors.

“The growing demographic of vinyl consumers emerging in the last decade or so seem to enjoy having a tangible medium they can touch and look at and make a permanent part of their lives and homes,” Toubin says. “There’s not only a level of commodity fetishism in it, but on a more human level, the proliferation of record boutiques in neighborhoods worldwide has provided listeners with a more organic consumer experience that has brought people, from store clerks to customers, and place back into the music experience.”

Within the vinyl revival, a host of record labels have helped to revisit lost classics and enable albums that may not have had the audience they deserved on their initial release find a more receptive group of listeners.

“As so many of the canonical records at this point are rare and expensive, reissue labels are the only way many old records get heard on vinyl,” Toubin explains. “It was difficult to find a Thirteenth Floor Elevators or Velvet Underground or Sonics album in the 1980s and the reissues were the only way people heard this music for decades. Today if someone hears a vintage track online, it would be even more difficult to obtain the record. So on the most base level reissue labels keep music alive on vinyl.”

But for Toubin, that goes even deeper — he notes that “the promotional aspect of reissues brings the older music into the contemporary press and critical economy and on DJ’s turntables and on peoples tongues”

That in turn can benefit the artists whose work is being reissued. “It creates a new demand at venues and calls the kind of attention to the artists that can help them obtain management, booking agents, publicists, and other music industry figures that may help rescue their livelihood,” he explains. Toubin knows this from experience: earlier this year, he shared a bill with the Ethiopian-born bandleader Hailu Mergia. After several of Mergia’s albums were reissued by the label Awesome Tapes From Africa, the musician — now based in Washington, DC — released his first album in years, Lala Belu, in 2018.

Here’s a look at ten labels helping to point listeners of a new generation in the direction of great music from around the world.

There’s a reason Numero Group’s name comes up so frequently when talking about reissues. They’ve set the gold standard for great layout, comprehensive liner notes, and high-quality sound. They initially made their mark with the “Eccentric Soul” compilations, documenting regional soul labels from across the country. In recent years, they’ve also expanded outside of that realm, exploring a wider range of regions and genres. Recent albums have focused on everything from the blissed-out compositions of Laaraji to the pioneering punk rock of Hüsker Dü.

Bringing a global perspective to the world of reissues, Ostinato Records has released a host of albums focusing on musicians from the likes of Haiti, Senegal, and Somalia. The lush compositions heard on the compilation Sweet As Broken Dates: Lost Somali Tapes from the Horn of Africa are a particular highlight — but the breadth of styles and genres that this label has covered is impressive indeed. The world of reissues can also involve unfortunate disputes over royalties and rights, so it’s a fine thing to see the liner notes of these albums detailing the process by which the relevant musicians were involved.

Browsing through the catalog of California’s Superior Viaduct can feel like a crash course in music history. They’ve reissued dynamic psych-rock from Spacemen 3 and the surreal post-punk of The Fall. They’ve released new editions of classic jazz albums from Alice Coltrane, Joe McPhee and Herbie Hancock. And they’ve charted some classical history as well, with new versions of groundbreaking compositions from Steve Reich and Terry Riley.

Not everything released on Portland label Sahel Sounds is a reissue: they’ve released several albums featuring the guitar heroics of Mdou Moctar, for instance. But when they do delve into historical work, it’s frequently illuminating. Abdallah Oumbadougou’s Anou Malane juxtaposes some absolutely epic shredding with immersive keyboard soundscapes, while Troupe École Tudu’s Oyiwane features a group of elementary school-aged musicians teaming with their instructor on music that prefigures a host of future music from the region.

Like Sahel Sounds, the records released by Third Man Records are a blend of old and new. But as befits a label started by retro enthusiast Jack White, when this label goes deep, it goes deep. The label has reissued music from greats like blues guitarist John Lee Hooker and pioneering avant-rock outfit Captain Beefheart. They’ve released fine compilations like Give Me My Flowers: Powerhouse Gospel Music From the 50’s and 60’s on Nashboro Records. And they’ve ventured into American musical history with records from Lead Belly and The Carter Family.

Now based in Chicago — though they also maintain a Portland store — Mississippi Records embraces the esoteric. Where else can you find new editions of records by Dead Moon precursor The Rats, Estonian minimalist composer Arvo Pärt and surreal songsmith The Space Lady all in one place? If this expansive take on reissues strikes a chord with you, Portland’s Little Axe Records — founded by one of Mississippi Records’ co-founders — has also released a host of great music over the years.

Awesome Tapes From Africa began its life as a music blog, and gradually expanded to a more fleshed-out reissue operation. Stylistically, this has run the gamut from precise electro-pop to expansive  and moving jazz. Sometimes this has led to new work by the musicians being reissued as well: 2018 saw the release of a new album from Hailu Mergia, who now resides in Washington, DC. Evoking the lush soundscapes heard on his 1970s work, this new record was a fantastic return to form.

If comprehensive explorations of a style of genre is your thing, Dust-to-Digital has you covered. Their compilations have covered everything from Cambodian psych-rock to field recordings of American blues musicians. Besides the quality of the music that they release, Dust-to-Digital have also earned raves for their dynamic and creative packaging: earlier this year, Voices of Mississippi: Artists and Musicians Documented by William Ferris received Grammys for Best Historical Album and Best Liner Notes.

As befits a Portland, Oregon-based operation, Jackpot Records has released a slew of reissues that tap into the Pacific Northwest’s rich musical history — including work by punk legends The Wipers and Poison Idea. But they’ve also released vinyl reissues for a host of other artists, including albums from Etta James and Dr. John. The combination makes for an aesthetic that’s one part education, one part party.

Light in the Attic Records