On its birthday, we celebrate 10 unique examples of this quintessentially American experience. 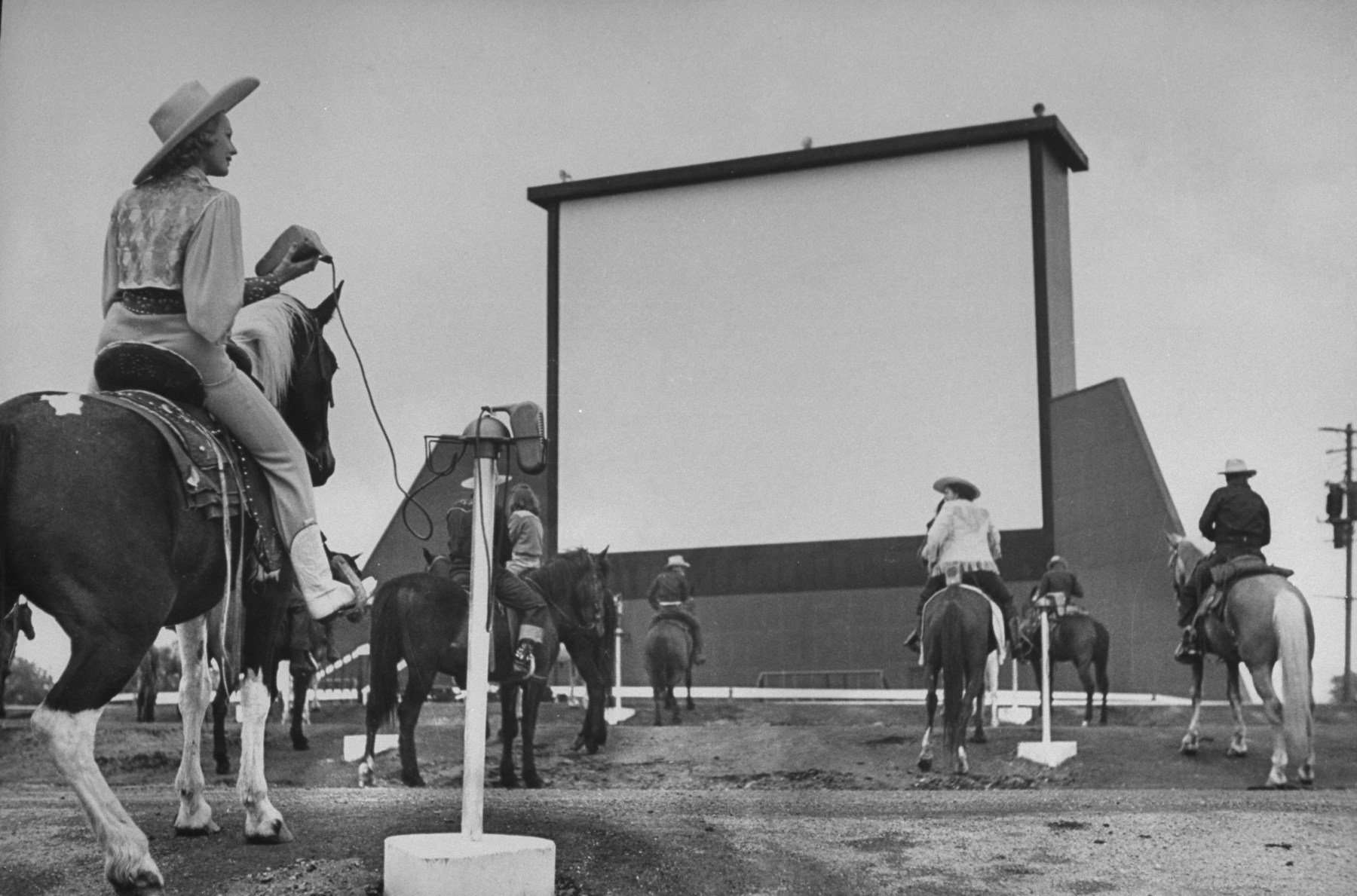 The drive-in theater owes its existence to its inventor Richard Hollingshead’s mother having something in common with director Kevin Smith—she was “rather large” for traditional movie seats.

After first sticking his mother in a car and using a projector to show her a film on two sheets tied to trees in his yard, Hollingshead continued experimenting and improved upon his method over a few years before eventually opening the first drive-in theater on June 6, 1933, in Camden, New Jersey.

When Park-In Theaters first opened 85 years ago today, customers forked over 25 cents per car plus another quarter per person to see the British comedy Wives Beware from the comfy confines of their automobile.

The Park-In was a hit and the drive-in theater went on to become a staple of Americana, leading to more than 4,000 of the establishments operating throughout the U.S. in the ’50s and ’60s.

Though some still complain about the regular movie theater experience, times have changed and there are now fewer than 300 drive-ins still in business in the States.

In honor of the drive-in’s milestone birthday, here are 10 classic examples that are still doing the Stars and Stripes proud. 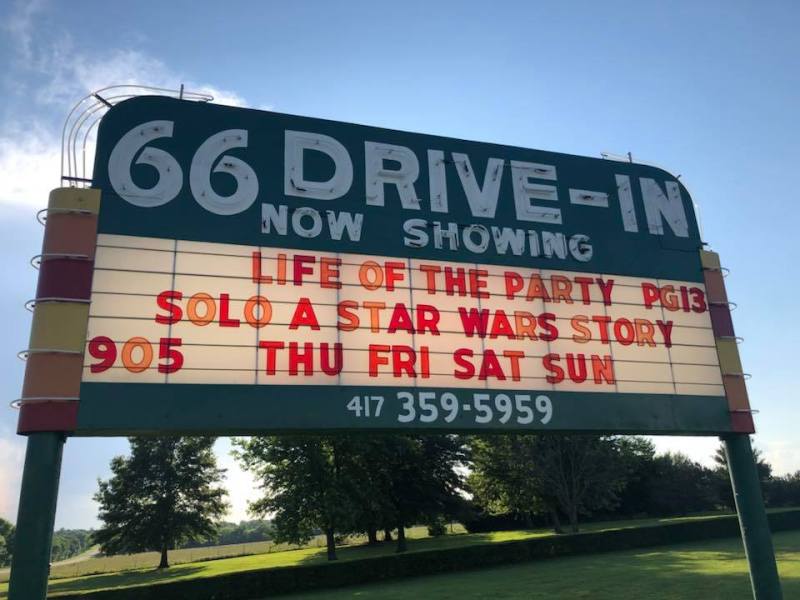 With almost all of its original structural elements still intact, the 66 Drive-in on historic U.S. Route 66 looks much the same as it did when it first opened in 1949. Listed in the National Register of Historic Places in 2003, the theater is a fixture on the Main Street of America. 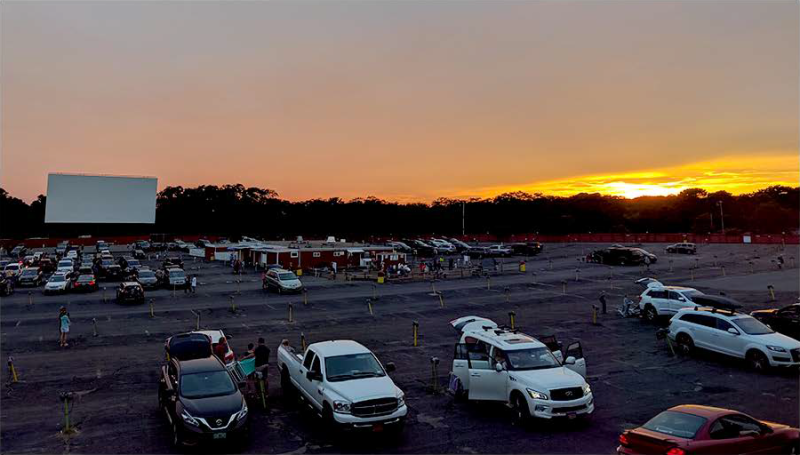 The only drive-in still in operation on Cape Cod, the Wellfleet offers 18 holes of miniature golf and hosts a large flea market. Now outfitted with a 100-foot-wide screen, the Wellfleet has a snack bar, dairy bar and and beer and wine bar serving adult refreshments. 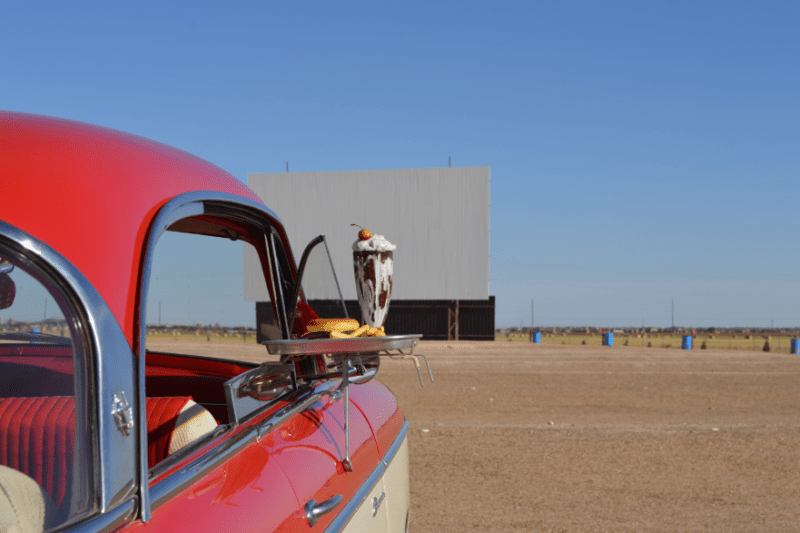 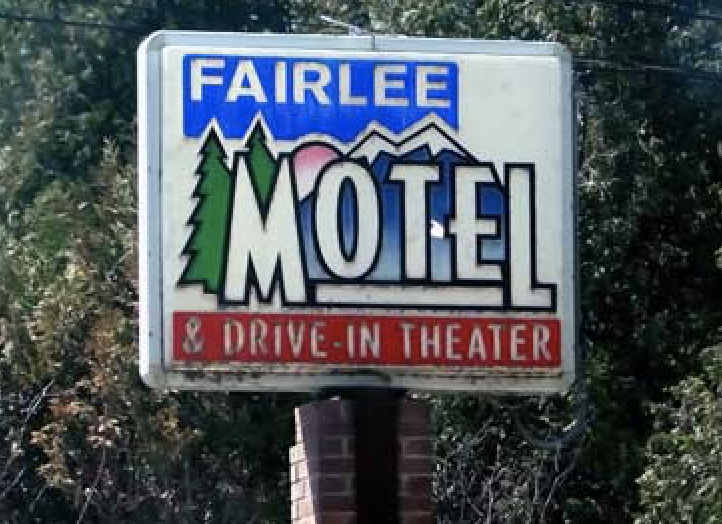 A theater that also has a motel component, guests at the Fairlee have the convenient option of watching the movie either from their car or their room. While it lacks room service, the motel does offer guests the option to dine on burgers, fries and other items from the concession stand during drive-in season. 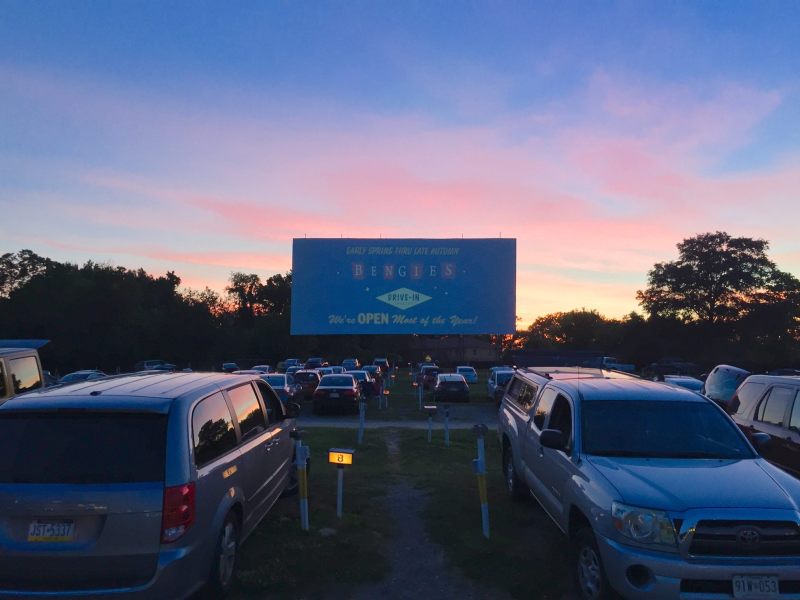 Featuring an extensive snack bar with sandwiches, pizza and a slew of other appetizers, Bengies has the biggest screen in the USA at 52′ high by 120′ wide and can show digital and 35mm films with no cropping. Shows start at twilight and Bengies will often show a triple feature on weekends. 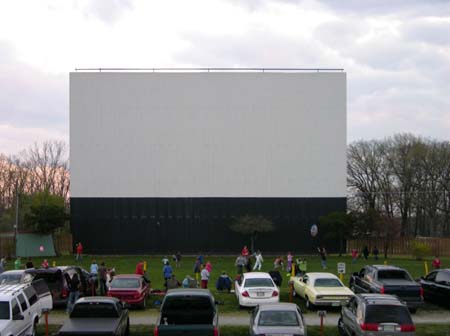 Named for its proximity to Indiana Highway 49, the 49er makes popcorn a priority as the city of Valparaiso counts Orville Reddenbacher as one of its former residents. The theater now offers customers food like pork fritters, Polish sausages and Italian beefs from the on-site 49er Diner. 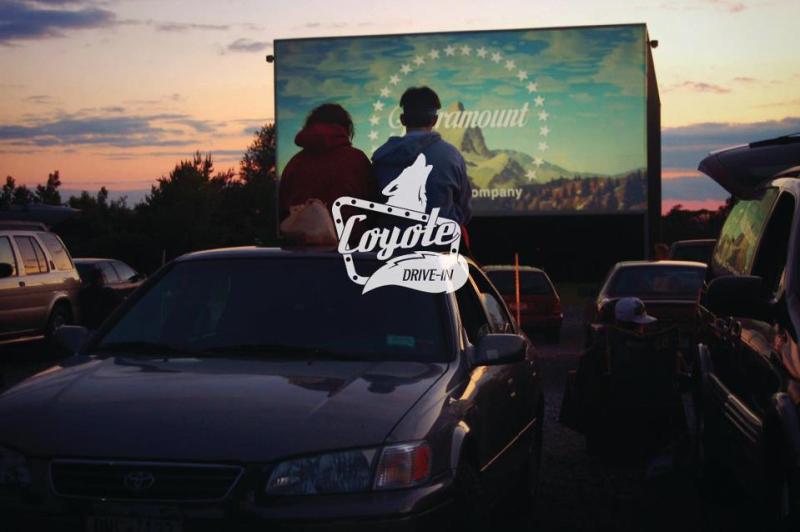 Featuring multiple screens that show different movies simultaneously, the pet-friendly Coyote allows customers to bring their dog—or their horse. With a canteen serving a variety of food and a full assortment of beer and wine, the Coyote was included in the 2018 edition of “Best Of Fort Worth.” 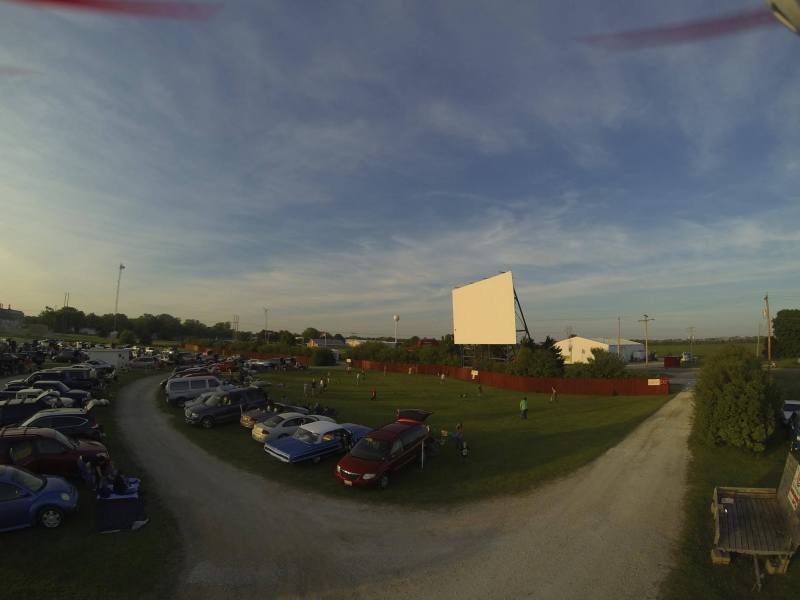 Powered by a Southwest Windpower Skystream 3.7 and a Mariah Power Windspire, the Harvest Moon is believed to be the first theater in the world to use wind as an energy source. For noshing, there is a snack bar, Burger Barn and tiki hut, and the Harvest Moon offers a menu item called a Ponyshoe, which consists of a Black Angus beef patty covered with crispy french fries and signature cheddar cheese sauce served on a jumbo slice of Texas toast. 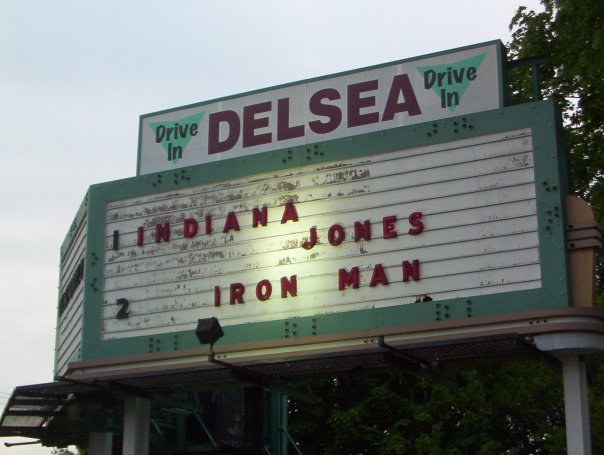 Now New Jersey’s only drive-in theater, the Delsea is an hour drive away from Atlantic City and Philadelphia. The Delsea menu features items like pierogies with sour cream, churros and pork egg rolls, but, in a nod to modern tastes, also offers a gluten-free menu and foods from the low-carb Atkins diet.

10) JAWS on the Water at Volente Beach Resort – Leander, Texas 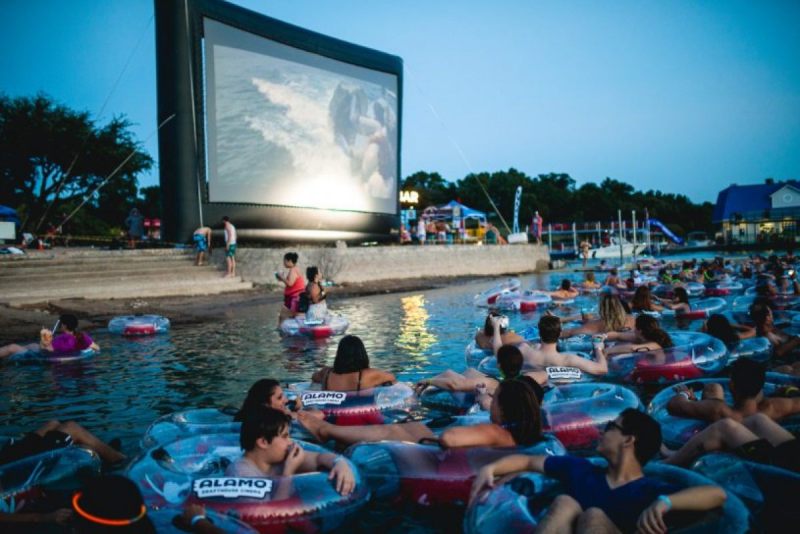 While this technically isn’t a drive-in but rather a dive-in, it bears inclusion as it shows how far the outdoor movie-viewing experience has come since 1933. Nothing says summer like watching the most famous shark movie of all-time in an inner tube with a cup holder containing your favorite beverage.