Why Spike Lee‘s “BlacKkKlansman” Is His Message to Trump: Review

Even Spike Lee can’t be an angry young man forever.

That doesn’t mean that his latest, BlacKkKlansman, isn’t passionate. A full-throated denunciation of American racism – and Hollywood complicity – it rages against white supremacists, police brutality and politicians who won’t fully condemn either. And although its real-life story is set in the ‘70s, a coda – featuring footage of the Charlottesville riots and Donald Trump – makes it clear Lee doesn’t consider those problems solved.

And yet the new drama also shows a filmmaker who’s matured, even mellowed.

Yes, his newest is still – often thrillingly, sometimes frustratingly – a typical Spike Lee film. There are strong lead performances (and some supporting-player hamming). There’s inventive photography (and Lee’s signature, and by now tedious, double-dolly shot of characters “gliding” towards the camera). There’s also a great soundtrack and savvy editing. 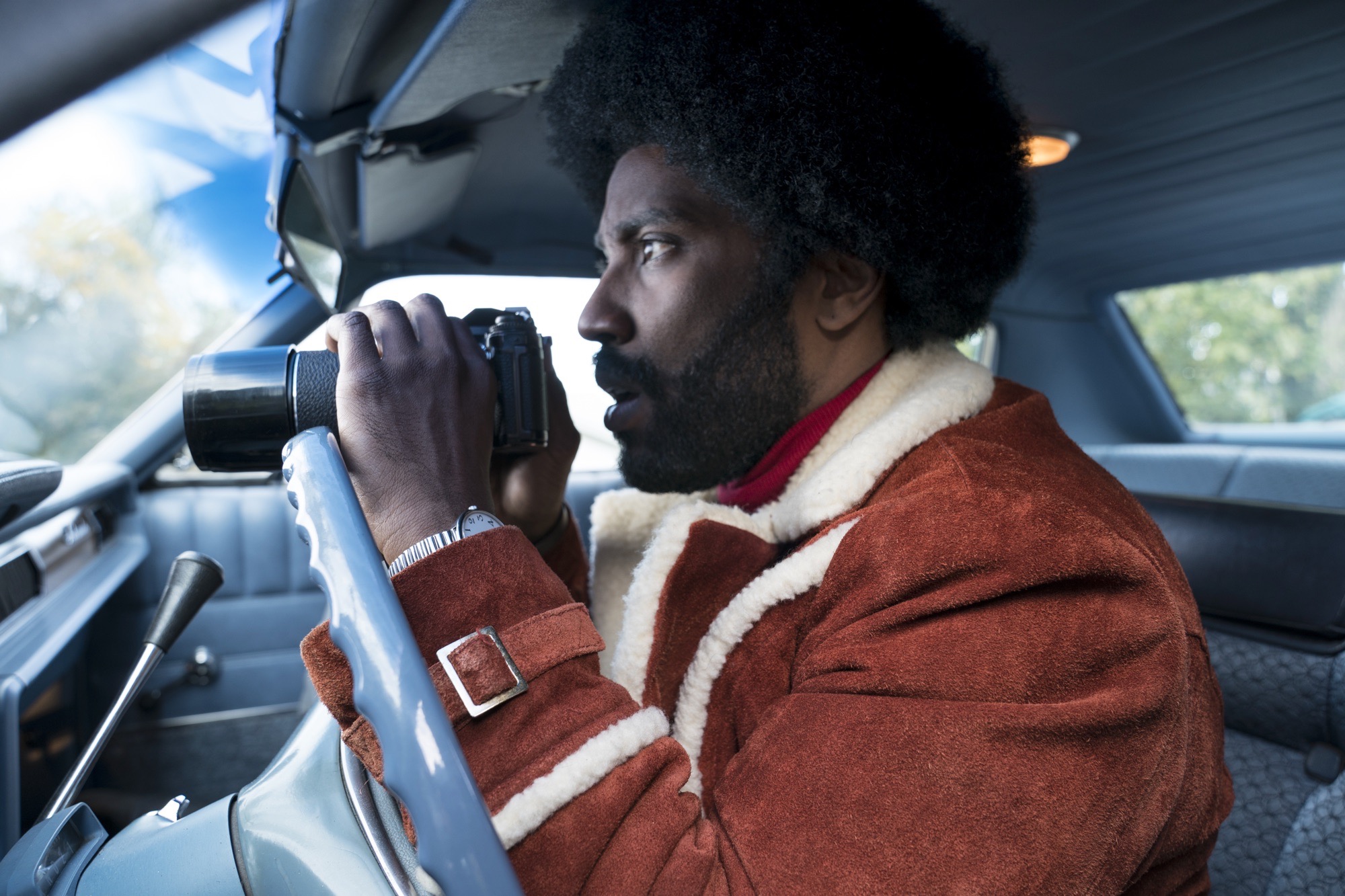 But what’s also here is an outright rejection of the misogyny and anti-Semitism that sometimes lurked in his early films. Smart and sober, BlacKkKlansman shows a tolerant, thoughtful artist, looking hard for answers.

Lee often seemed to wonder which path to take when tackling the subject of racism – Martin Luther King’s steadfast pacifism, or Malcolm X’s unshrinking self-defense.  Do the Right Thing even ended with competing quotes, leaving audiences to continue the debate outside the theater.

BlacKkKlansman, though, insists we don’t have to make a choice. We need to combine both approaches.

Based on a “fo’ real” story, as the credits insist, it’s about Ron Stallworth, the lone African-American police officer in 1970s-era Colorado Springs, CO. As ambitious as he was reckless, he answered a KKK-recruitment ad.  He chatted them up over the phone, his white partner went to the meetings, and together they infiltrated a gang of home-grown terrorists.

It’s a great tale, and while there’s an early psychedelic sequence worthy of Oliver Stone, with Alec Baldwin as a speechifying racist, the film soon turns into a Lumet/Serpico style procedural. John David Washington – Denzel’s son – plays Stallworth, the buttoned-down cop with the righteous ‘fro. Adam Driver is his sardonic undercover colleague.

They’re solid, as is the drama, but the movie is at its greatest when it expands the most on Lee’s previous work.

And the film deliberately avoids Lee’s old, often aggressive provocations. Since Mo’ Better Blues, with its greedy Jewish caricatures, he’s had to defend himself against charges of prejudice. But Driver’s character here isn’t just a good white cop, he’s a good Jewish cop, and one who makes common cause with his black partner.  For Lee, that solidarity feels like a breakthrough.

True, the movie has a few obvious flaws.

It goes on a little too long and, reluctant to trust its audience – a worry Lee’s films share with Steven Spielberg’s  often spells too much out. But this is still a powerful work, a furious indictment of where we are and — one year after Charlottesville — a heartfelt question about where we go next.

Nearly 30 years ago, Lee threw a garbage can through a pizzeria window, and wondered if it was the right thing.

Now, his plea is even more wrenching: Are we ready, all of us, to come together and do the next thing?