On the set of "Apocalypse Now."
Chas Gerretsen
By Tobias Carroll @tobiascarroll

The making of some films has, over the years, become the stuff of legend. Werner Herzog’s Fitzcarraldo, which involved transporting a boat over a mountain, is certainly one. Another is Francis Ford Coppola’s Apocalypse Now, which had a famously troubled production that — like that of Fitzcarraldo — resulted in an acclaimed documentary being made about it.

That’s not the only gripping creative work to emerge from the set of Coppola’s film, however. This month brings with it the publication of Apocalypse Now: The Lost Photo Archive, a collection of images from Chas Gerretsen. Gerretsen’s background included being on the ground in war zones around the world, and he approached his work on set with the same mentality. Decades after he first shot these photos, they’re now collected in a book that provides an inside look at the making of one of the definitive films of the 1970s.

It’s not the only work focusing on Gerretsen’s photographs out this year, either. He’s also the subject of Starring Chas Gerretsen, a retrospective show held at Rotterdam’s Nederlands Fotomuseum. The monograph accompanying the show also features work he did documenting wars and conflicts — including a number of harrowing images of the 1973 military coup in Chile that deposed Salvador Allende.

Gerretsen talked with InsideHook about his work on Apocalypse Now and revisiting his long career. An edited version of our interview follows.

InsideHook: In the book about Apocalypse Now, you talk about the need to invent things on the set. Was there anything you had to improvise when shooting these photos?

Chas Gerretsen: No. I had it easy. As it was, everybody else had to improvise to enable me to do my job.  For example, the soundman and the actors had to tolerate the clicks of my camera shutter disturbing the silence between the dialogue of the actors, since [Francis Ford] Coppola had given me permission to work without blimps. Because of FFC I was able to change lenses and cameras fast (most of the time I was working with four cameras: two with color film and two with black-and-white), and in my opinion, I got the images I wanted because FFC allowed me to work in the way I was used to: as a photojournalist.

Only when Brando was on the set, I used blimps. Marlon allowed me hardly ever to shoot during a scene. But nearly all the scenes with Brando were set-ups and shot without the use of blimps. Blimps were big, unwieldy sound boxes: you had to take the box more or less apart to change lenses, and forget shooting with four cameras. I had two blimps and that was already a disaster to work with. I missed many shots with Brando, inside the temple, for that reason.

What was your process like as far as selecting the photos that would go in the book?

My partner, Monika Pfandzelter, and I went through my nearly 2,000 slides, over and over again. We suggested about 500 images to the graphic designer of the book, Sybren Kuiper, and together we went over Syb’s choice again and decided together. Syb works in Den Haag in the Netherlands and I was at the time in the Caribbean, stuck in Grenada because of COVID-19 restrictions. I have to add that after a while the images started to swim in front of my eyes. The publisher in Munich, Germany, Curt Holtz from Prestel Verlag, left us pretty much a free hand. A pleasure to work with Syb and Curt.

One thing I noticed was that a lot of the photos put people who were working as extras in the foreground, rather than the bigger-name actors in the film. Was that a conscious choice for the record?

Yes, that was a conscious decision. I didn’t just want a book about the film — if you want to see the film, it is everywhere available. But as a photojournalist I saw a story. A film scene by itself is often boring, because there is no contrast. The scenery is fantastic and the film camera can pan the shot and get everything in it. But as a still photo, you somehow have to pack it all into one image. So on the set I made up my own scenes at the time, when the actors and the circumstances allowed me to do so.

In one of the essays in the book, you wrote about working with Robert Duvall on subsequent films. Was he the only Apocalypse Now alumnus with whom that’s true?

Later I photographed Martin Sheen several times in his home in Malibu, as well as Sam Bottoms, with his brother Joe, also an actor, in Santa Barbara — we even went sailing together — and Colleen Camp, one of the Playmates, at home in Hollywood. I worked with Robert Duvall on The Pursuit of D. B. Cooper and A Show Of Force.

Was the experience of working on Coppola’s film your introduction to working on film sets?

No. I’d worked on A Star is Born with Barbra Streisand and Kris Kristofferson, and several other film  productions, like: I Will, I Will … for Now with Diane Keaton and Elliott Gould. But I’d always worked as a special photographer, working for the studio photographing scenes during the filming. Apocalypse Now was my first film working as a set photographer and special photographer.

The making of Apocalypse Now has become the stuff of legend. Is there anything that you’ve found about those accounts that you’d say is inaccurate?

Not really. No matter how insane the stories [are] which I’ve read about the making of Apocalypse Now, there always is a grain of truth in all of them. Except maybe that I once read that Francis forced or manipulated Martin Sheen to get drunk. I cannot remember that; apart from the first AD, Jerry Ziesmer, FFC, the camera crew and myself, nobody else was present in the room. The room was not very big. And I wonder where that rumor originated. Martin did not need to be forced or manipulated to get drunk.

You mentioned having given some advice as to the look of Dennis Hopper’s character. Did you provide any other input on aspects of the film?

I disagreed with a scene Francis shot — Francis played the TV correspondent, Vittorio Storaro the Cameraman, and Dean Tavolaris, the set designer, played the soundman, where Francis said to some passing GIs, “Don’t look at the camera.” I mentioned during lunch a couple of days later that if he wanted to ridicule the press, to use a combat photographer instead. Since we were all a little crazy.

Francis disagreed and gave me several reasons why he didn’t like the press. (E.g., Newsweek sent a reporter who after not being allowed on the set in the Philippines, wrote that Francis imported, by bus, prostitutes for the crew. Ridiculous, there were plenty of working girls in Pagsanjan, absolutely no need to import them.) Later, Dennis Hopper arrived, he was scripted to play Capt. Colby, a role later given to Scott Glenn. Shortly afterwards, I was asked by Francis how to dress a combat photographer. The only parts of my suggestion which finally remained were that Dennis did not tape his plastic film canisters to his camera strap, like a tourist, and that he’d have three or four cameras, and the tiger-striped pants. I sold three of my Nikon F’s black bodies and three lenses to the film company for Dennis Hopper to carry in the film.

In recent years, you’ve put some of your older photos on social media. What have you found the reaction to them has been?

When I started posting my images of Chile on Twitter, the reaction was phenomenal! Within a week I had several thousand followers, and within a couple of months over 22.000. And the comments were unbelievable; the Chilean people, for the first time, saw what had happened during the Allende years: long queues, violent and peaceful demonstrations. Some recognized parents or grandparents. For the first time in my life I felt that my images were being appreciated. Then I posted images of the coup d’ état on Sept. 11, 1973: the violence, the bombing of the presidential palace. Again there was an outpouring.

Apart from Apocalypse Now: The Lost Photo Archive, The Nederlands Fotomuseum has opened a retrospective exhibition of my work as a photojournalist, portrait photographer and a Hollywood movie photographer, encapsulating my life. A catalogue on the exhibition in English is available.

My autobiography has been released to incredible reviews, The Miraculous and Strange Life of Chas Gerretsen (translated from the original English text into Dutch), comparing me to Ernest Hemingway and Jan Kremer. I have never [until now] entered a photo contest or had a solo photo exhibition in my life, nor a book published. And this, all at the same time — at the age of 78 — is a very strange experience. 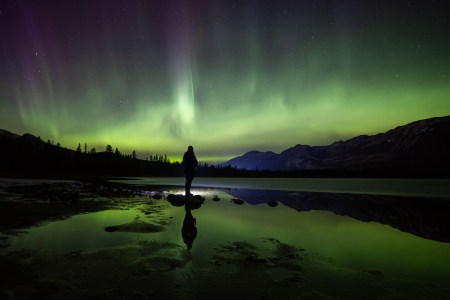