George Lazenby on the set of the James Bond film 'On Her Majesty's Secret Service,' 1969. (Apic/Getty Images)
By Will Levith

When it comes to James Bond actors, most people immediately think of Sean Connery, the Scottish brogue, the one-liners, and Pussy Galore.

Or maybe the softer, but no less suave, Roger Moore, who ruled the ’70s films. Then there’s Pierce Brosnan, the Bond of the ’90s, and Daniel Craig, the current (and only) blonde Bond. Some fans even look back fondly at Timothy Dalton’s run in the late ’80s.

But few remember George Lazenby fondly—and many may not remember him at all.

That’s because the Australian-model-turned-actor holds the rather dubious distinction of being the only one-time Bond, portraying the British spy in just a single film, 1969’s On Her Majesty’s Secret Service (OHMSS). But he may have been the most qualified for the post of anyone who ever served.

“He was more Bond than Bond,” Josh Greenbaum,* writer director of the new documentary, Becoming Bond told RealClearLife. “He was living life as Bond before he even got the role.” 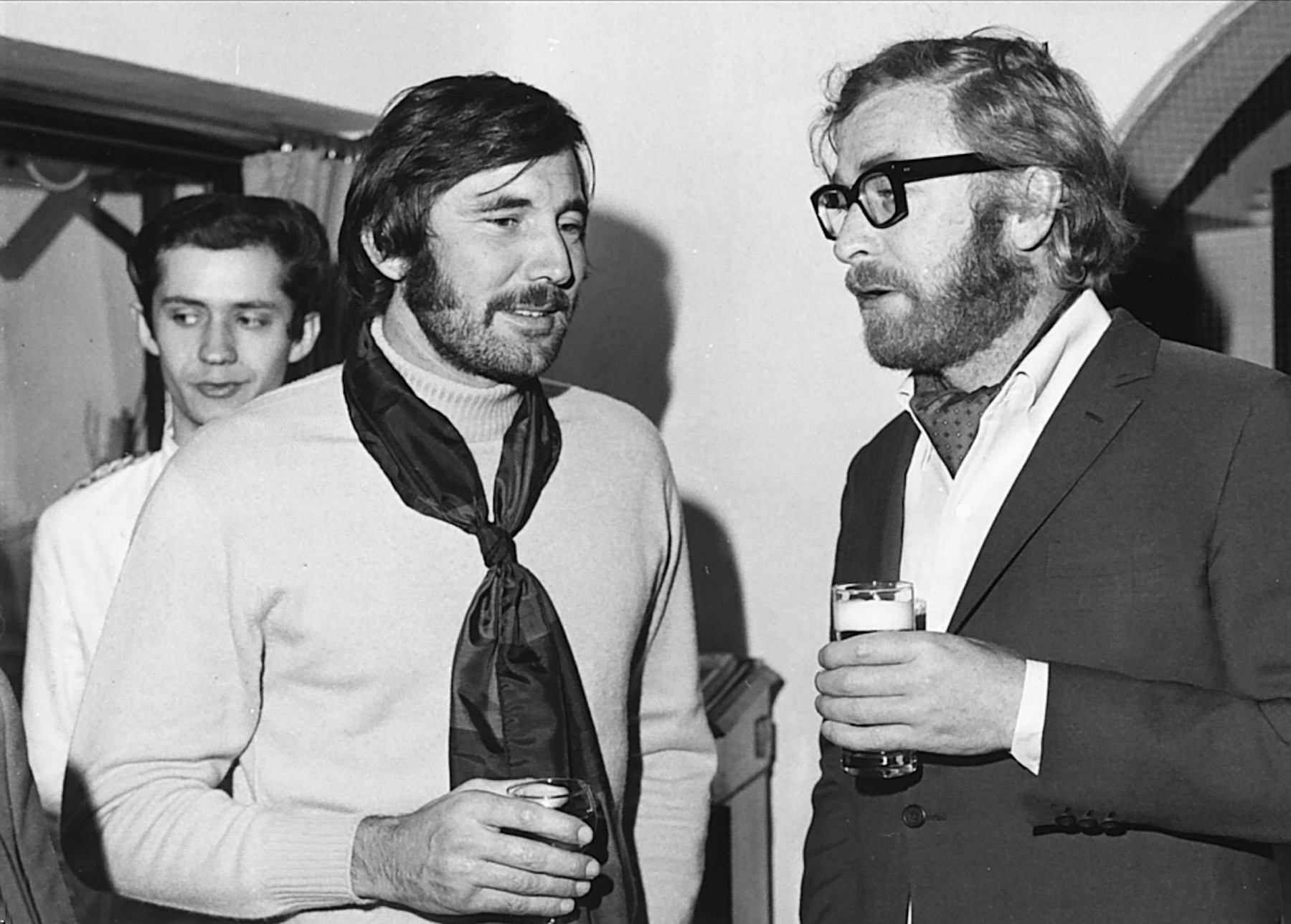 And it shows: OHMSS would turn out to be one of the strongest in the franchise, with Lazenby making audiences all but forget about that guy named Connery. It didn’t hurt that the movie also had stunning set designs and cinematography in the Swiss alps; an unforgettably gorgeous Bond girl in Diana Rigg; a climactic (and influential) alpine fight scene for the ages; and a shocking, cliffhanger ending.

But in an even bigger plot twist—one that took place offscreen—Lazenby, who was reportedly offered an additional six turns as Bond—as well as a one-million pound, under-the-table signing bonus in addition to his salary—turned the franchise’s producers down. He was subsequently blacklisted from Hollywood, acting in a number of B-movies—including the forgettable ’83 made-for-TV movie, The Return of the Man from U.N.C.L.E.—before disappearing into obscurity.

What could possibly make a man, seemingly on the top of the world, decide to throw away his license to thrill? The answer lies at the center of the whip-smart Becoming Bond, which starts streaming on Hulu on May 20.

It would be a bit of a misnomer to call Becoming Bond a strict documentary; it’s as much a comprehensive autobiography of George Lazenby, as it is a Walk the Line–like biopic, with actors portraying the one-time Bond in all stages of his life, as well as the people he interacted with, spoke to, and dropped acid with (yes, that happened). The lion’s share of that screen-time goes to fellow Aussie actor Josh Lawson, who is best known as the smarmy-as-hell Doug Guggenheim on Showtime’s House of Lies. Lawson plays the adult George, not speaking lines of written dialogue but rather words that have come directly from Lazenby’s mouth.

A host of others take a supporting role. Some of the better-known cameos include New Girl‘s Jake Johnson, one of Greenbaum’s good friends, who has a memorable bit-part in the film; and ex–Live and Let Die Bond girl Jane Seymour, who portrays top ’60s British movie agent Maggie Abbott, whom she actually met in real life.

Then there’s Saturday Night Live alum Dana Carvey, who reprises his impression of the late, great Johnny Carson, on whose real-life show Lazenby revealed to a stunned American audience that he would not be returning as Bond. (Carvey’s short-lived 1996 comedy series, The Dana Carvey Show, is the focus of Greenbaum’s next project for Hulu). 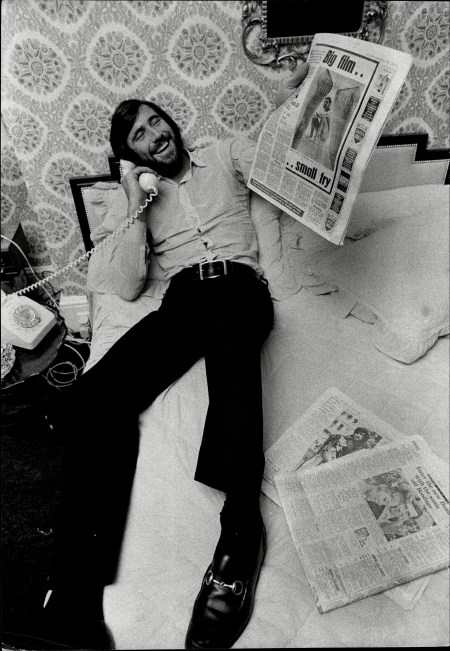 George Lazenby, reading the reviews of his first and only turn as James Bond (Daily Mail/ Rex/Alamy Stock Photo)

For those unfamiliar with Greenbaum’s work, he’s been primarily a documentarian for the past four years, releasing his full-length 2013 debut, The Short Game, which followed seven-year-old golfers on their quest to become world champions. (It won the audience award at that year’s SXSW, and can be streamed on Netflix.) The same year, he concurrently launched a Hulu original docu-series entitled Behind the Mask, which followed professional mascots in their day-to-day lives, that lasted for two seasons.

But it’s clear from talking to Greenbaum that Becoming Bond—which also took home the audience award at this past March’s SXSW—was different. In what can only be described as a real-life version of the Six Degrees of Kevin Bacon, it turned out that Greenbaum knew someone who knew Lazenby and that the actor lived, at least part of the year, in Santa Monica, California, near the filmmaker’s L.A. home. After doing some light research on the actor, which coughed up some spicy rumors and saucy anecdotes, Greenbaum says, “To be honest, my initial reaction was, ‘That all sounds great, but it’s probably all bullsh-t.’”

Nevertheless, the director and his production partner set up a lunch meeting with Lazenby, and Greenbaum says that within 5-10 minutes of sitting down with the 77-year-old actor, he “was hooked.” For one, Lazenby was “an incredibly gifted storyteller,” which is one of the most endearing qualities of the actor in the film. Also, Greenbaum found Lazenby to have a near-photographic memory of everything that happened in his entire life, including the dialogue he had with specific people and minute details that the average person would probably long forget. That first lunch would end up running three hours, and Lazenby would only get to recount his memories up to age 12.

Most importantly, though, Greenbaum sensed that the actor wasn’t pulling any punches in terms of the stories he was telling him. 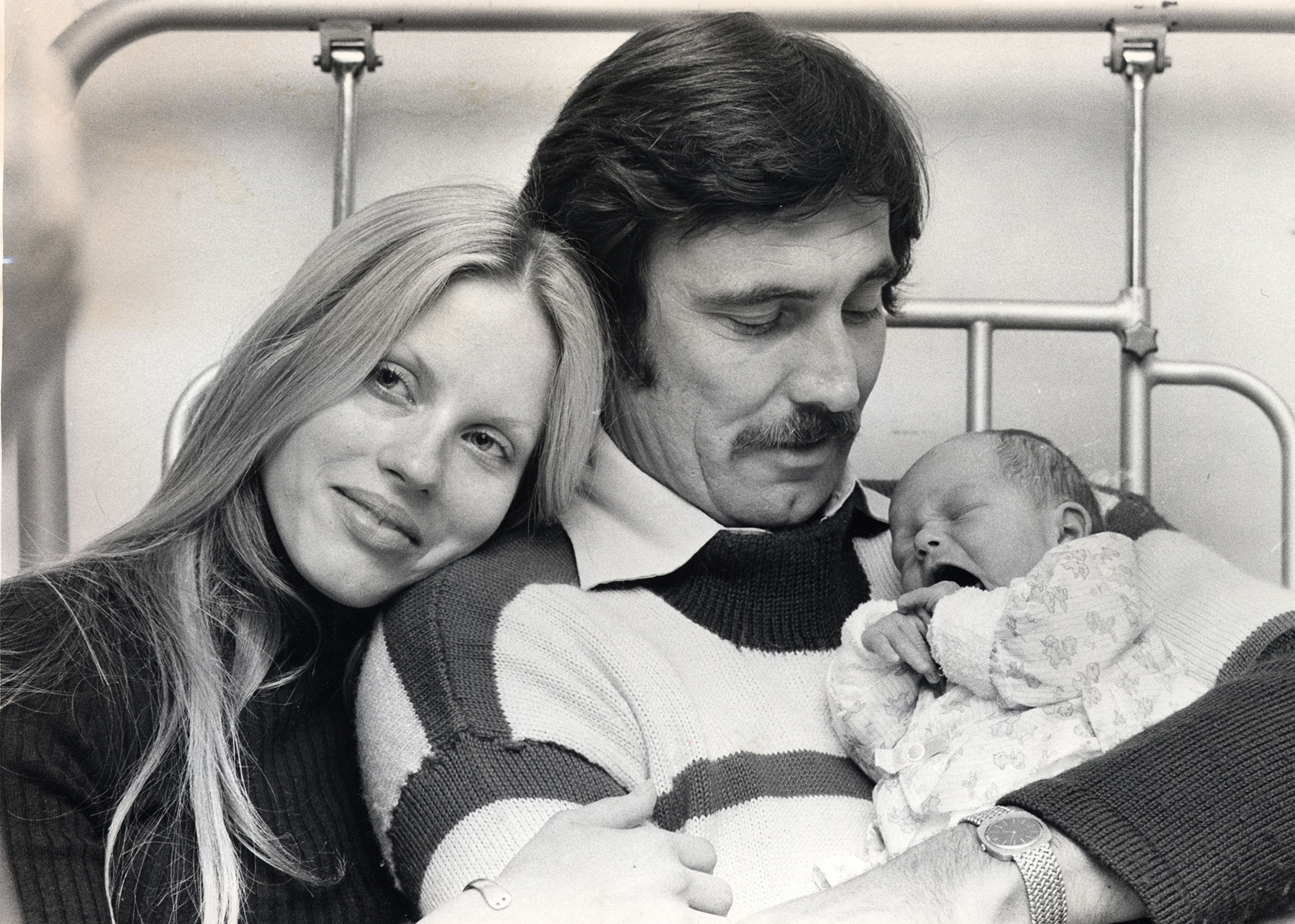 That’s all fine and dandy. But of course, Lazenby told the director that he wasn’t interested in making the film.

That didn’t stop Greenbaum from doubling down. After a number of follow-up lunches, dinners, and drinks, he talked Lazenby into doing it.

And thank the cinematic gods that he did, because Lazenby’s life reads like a whimsical, gentleman’s only fantasy. He brings a sack full of bats into his elementary school class. He asks out the future love of his life in front of her boyfriend. He takes his first step towards being Bond in the middle of a ménage à trois. 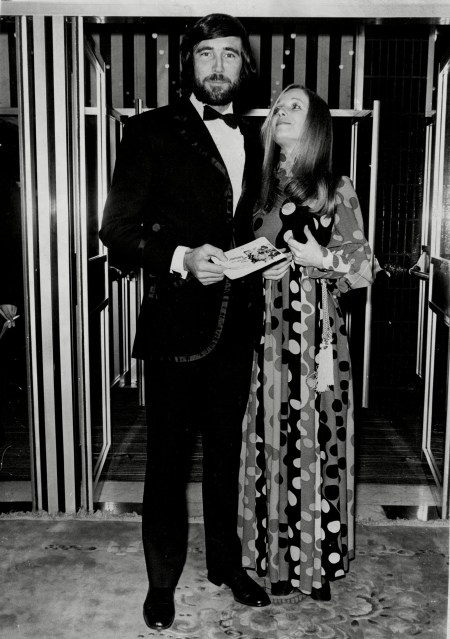 George Lazenby and Polly Williams at the film premiere of ‘On Her Majesty’s Secret Service’ in London on December 19, 1969. (Ronald Spencer/Daily Mail/Solo Syndication)

You might feel the urge to fact-check all of these claims (as we did) and that’s natural. But while a single guy might be interested in stretching the truth about the number of women he bedded, what good would that accomplish in this case for a guy like Lazenby, who has four children from two marriages?

As close of a reading of Lazenby’s life as Becoming Bond is, the actor did hold some sway over what Greenbaum’s final cut would look like. Signing off on this approval was something the director says he never does, and it made for a tense first-screening of the film with the subject of his movie. But Lazenby loved the film and didn’t instruct his director to put anything on the cutting room floor.

One of the biggest takeaways from Becoming Bond is just how much of a free spirit—or dare we say hippie—Lazenby was at the time OHMSS hit theaters.

Onscreen, of course, he was the straight-laced, clean-shaven, well-dressed, dashingly handsome Bond. But the Lazenby who showed up at the London premiere was anything but. By that point, he had grown his hair out and was sporting a full beard, something that drove the Bond producers nuts. In a sense, Bond is as much of a brand as the movie franchise itself, and Lazenby clearly didn’t want to have anything to do with either.

Somewhat paradoxically, too, that Bond brand included the idea of being the ultimate ladies man—which in the late ’60s, meant being a part of the “free love” movement, not the straight-laced, ’50s-friendly vibe that the Connery Bond exuded. “I don’t think it’s in the film, but (Lazenby) told me a story about one day he was in a restaurant, heading back to his table, and somebody said, ‘Oh, waiter? Over here?’ and he realized that he didn’t want to look like a waiter,” says Greenbaum.

The other big takeaway is that Lazenby didn’t actually throw anything away by not re-signing on as Bond. He already was living the life of an international man of intrigue.

“In many ways, it explains why he turned the role down,” said Greenbaum. “Because would you rather live James Bond’s life, or pretend to do it in a film?”

*Editor’s Note: The author of this feature and the director attended high school together in the ’90s; prior to the interview conducted for this feature, they hadn’t spoken in over 20 years.

Below, watch the trailer for Becoming Bond.