Actor Benedict Cumberbatch after receiving the CBE (Commander of the Order of the British Empire) from Queen Elizabeth II for services to the performing arts and to charity during an Investiture Ceremony at Buckingham Palace on November 10, 2015 in London, England. (Photo by Anthony Devlin - WPA Pool / Getty Images)
By Matthew Reitman 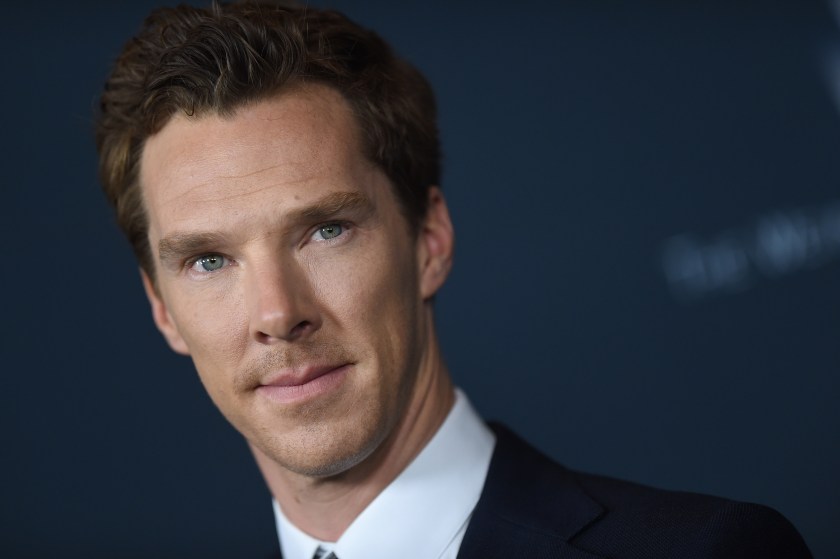 To say Benedict Cumberbatch is a glutton for punishment may be a stretch, but the actor certain seeks out adventure. In a new interview with Michael Schulman for Vanity Fair, Cumberbatch, whose name is almost as fun to say as he is to watch on screen, details two traumatic experiences that came from this search for bold experiences.

The first: When the actor was 19, he and a group of friends were traveling in the Himalayas when things began to get grim. Vanity Fair reports:

“Altitude sickness derailed them one by one: their group of four became a group of three, then a group of two. By the third night, Cumberbatch recalls, ‘I started to have really weird, f–ked-up dreams, and felt things were happening in my sleep. I wasn’t sure if I was conscious or awake.’… He and his friend reached a spiritual fork in the road, which happened to be a literal fork in the road: up or down? They chose up. And that’s when they got utterly, hopelessly, bewilderingly lost.”

Cumberbatch’s anecdote parallels the backstory of his latest character, Marvel’s mind-bending superhero Doctor Strange. Fiction mirroring reality aside, the tale is a testament to the lengths Cumberbatch is willing to push himself, whether it’s 24-hour reshoots for the Marvel spectacle—a film which reportedly costs a whopping $165 million—or his determination to break out of his “awkward genius” typecast (he’s played Sherlock Holmes, Stephen Hawking, Alan Turing, and Julian Assange).

Some years after the Himalayan episode, Cumberbatch was filming a miniseries for the BBC in South Africa when he was robbed and kidnapped at gunpoint. Vanity Fair recounts the incident:

“As they were returning at night, along a stretch of highway notorious for carjackings, they pulled over with a flat tire. Six armed men jumped them and took their cell phones and credit cards, then forced them back into the car at gunpoint and drove. At one point, Cumberbatch was stuffed in the trunk. ‘Ben kicked and screamed blue-bloody murder,’ [co-star Theo] Landy recalls… The robbers stopped under a bridge, where the actors were tied up with their own shoelaces, crouching execution-style. Convinced these were his last moments, Cumberbatch pleaded for his life. After several minutes of silence, he realized the men had left. The actors managed to untie themselves and wandered along the highway until they stumbled across some local women who lent them their phones to call for help.”

Cumberbatch wasn’t traumatized though: he later said the experience only increased his appetite for adrenaline. Read Schulman’s full profile here. But first, watch a featurette about Strange‘s mind-bending visual effects (which are already generating critical praise) below. The film itself premieres on November 4.