The high-ranking diplomat was watched as he passed “stamps” to a Soviet agent.

Felix Bloch ambled through the ornate lobby of the Hotel Meurice and into the small bar at the back. A large, bearded man was already there, waiting. After a drink, the two men retired from the bar and headed to the Restaurant Le Meurice downstairs.

While the two men dined, Bloch casually placed a black bag under the table. When dinner ended, Bloch exited the restaurant, but curiously left the bag behind.

That’s because the other man, who called himself Pierre Bart, was spotted leaving with the bag.

To the French counterintelligence officers who were watching the events unfold from posts inside the restaurant and from the street outside, the meeting in Paris in May 1989 looked like a classic handover of sensitive information.

Bloch was a high-ranking U.S. State Department official. Bart was later identified as Reino Gikman, a suspected KGB officer. The French captured photos and videos of the meeting, according to a lengthy account in the New York Times by author David Wise. 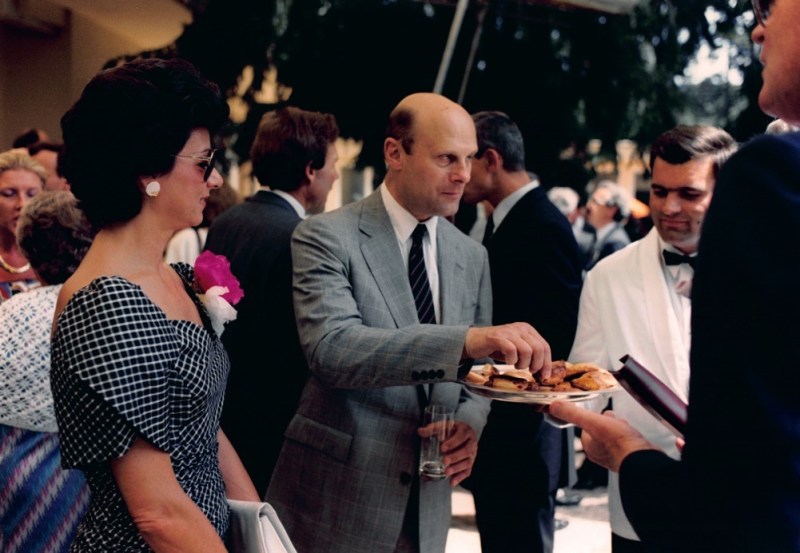 The only problem was Bloch later claimed that he and Bart were merely stamp collectors and the only thing in the bag were stamps. It’s a story he’s stuck to for years.

After being told Bart was KGB, Bloch reportedly said, “I never asked his business. He was always vague.”

That meeting, and two others in different cities, set off a counterintelligence crisis in the State Department in 1989 and eventually led to blockbuster news reports – but it didn’t lead to a conviction.

That’s partly because authorities believe Bloch was tipped off that he was being watched.

After the meetings Bloch received a telephone call at his home from the man who called himself Bart.

“He did not use the word ‘virus,’ it’s garbled in the press accounts,” Bloch told the Times, recalling the phone call. “But he said he wasn’t feeling well and hoped I didn’t catch the same thing. I said to him, ‘I hope it’s not serious.’ ‘No, it’s not,’ he said. I wished him well and hung up.”

As the Times wrote, “By even the most charitable interpretation it seemed unlikely that Gikman, after three weeks, was really worried that his friend would catch the flu.”

Rather, officials suspected someone had tipped off the Soviets that Bloch was blown – the FBI blames it on Robert Hanssen, a traitor within the bureau who wasn’t arrested until 2001.

After the phone call, Bloch was brought in and questioned, but he maintained he had only provided the man he knew as Bart with stamps.

Wind of the counterintelligence investigation, however, leaked to the press. And a resulting media circus descended on the case — one in which news cameras followed FBI agents who were following Bloch.

Then, one day, the FBI agents didn’t show up. Without further developments, the case appeared to go cold.

One problem investigators had, according to media accounts, is that Bloch appeared to lack any significant motivation for turning on the U.S.

“None of his friends ever heard him express the slightest sympathy for the Soviet Union or for Communism, and Bloch told me he regards the Soviet system as ‘abhorrent,’” the Times reported.

If it was about money, Bloch didn’t need it. He came from a wealthy family and reportedly had plenty in the bank.

Bloch, who was the number two State official in Vienna, had an acrimonious relationship with the ambassador there, but that wouldn’t seem like enough to betray his country.

So, though Bloch was fired from the State Department as he was being investigated, three decades since the meeting in Paris there are few answers about what Bloch was really up to.

“There’s no way to prove you are innocent,” he told The Times. “The Government, the leaks, assert that I’m guilty. Apparently, they can’t prove it… There’s a presumption of innocence in this country. Someone should not be put in a position of saying, ‘I’m innocent.’”

When asked directly by the Times reporter if he passed secrets to the Soviets, Bloch smiled.

“I’m not going to answer that for the same reason I haven’t declared my innocence,” he said.