Fashion is so fickle that there’s a MasterClass dedicated to its fickleness. “The fashion cycle,” according to the course description, “is a natural cycle by which a fashion trend is introduced, rises to mainstream popularity, declines, and finally gets rejected in the obsolescence stage.”

Every now and then a particular item defies this final rejection. To do so, it must possess the opposite of obsolescence: timelessness. Like a linen suit, white sneakers or gray joggers. Sometimes a trend may appear dead only to burst from dormancy with divine staying power. One style that seems to be in the midst of this resurrection is the tucked-in t-shirt.

“There’s a very classic element to it,” says Jamie Wallace, co-founder of MGRS Brand, a new clothing line dedicated to popularizing the tucked-in tee. “From Paul Newman and James Dean to Michael Jordan and Keanu Reeves, they all rocked that look. It’s a classic, effortless style that’s not overly casual or overly formal.”

An Army Ranger who served two tours in Afghanistan, Wallace learned to love the tuck during his time in the military. With its clean aesthetic and functional efficiency, it’s a staple of the soldier’s uniform. Most people probably don’t think about fashion when they think about the military, but the two are deeply connected.

“If you look at any men’s clothing, you can probably trace it back somehow to the military,” Wallace says. “Peacoats, cargo pants, button down shirts, certains types of trousers, even the t-shirt itself. It was popularized through factory workers, but it was initially designed for the Navy to be worn under things, like as undershirts.”

Although Wallace has always been interested in clothes, he never thought he would end up working in fashion. “What it came down to, honestly, was solving a problem,” he says. “When I got out of the Army, I was wearing t-shirts and it just always felt too casual. I wanted something you could wear with jeans, or khakis or under a blazer. I wanted a versatile look you could wear anywhere.”

Wallace’s conception of versatility is tied to the goal of looking and feeling composed regardless of the situation. It’s an outlook he developed as a Ranger where he learned to make any setting feel like home.

“We were in some pretty nasty places,” he says. “The Army taught us a lesson that we could be happy being in a place that certainly, on the surface, wasn’t like home.”

During his first deployment, he celebrated his 27th birthday at a remote outpost in Kunar, near the Pakistani border. “It was this crazy outpost on top of a ridgeline,” he says. “They dropped us off by helicopter and we stayed there for a week. I was away from my friends and family, who I cared about a lot, but I was with thirty guys I also cared about. Hindsight tricks you a little, but I remember how happy I was then.”

MGRS, pronounced “managers,” is an acronym for Military Grid Reference System. It’s the standardized navigation method used throughout the military. Wallace selected it as the name for his company, he says, because “it just reminds us that we can always find our way home. We wanted our shirts to represent the ability to always find that feeling.”

If home feels like confidence overlaid with comfort, it’s easy to see how the tucked-in tee creates that vibe. Take a look at some of the celebrities and sex symbols who have embraced the style over the decades. (MGRS’ instagram page is a shrine to their swagger). On and off screen, Matthew McConaughey is a prolific tucker. Tiger Woods tucks like it’s nobody’s business. Depending on which photo you see of these mother tuckers, they could be swanking up the cover of a magazine or waiting for a latte at the airport. But they always radiate cool.

The beauty of the tucked-in tee is that anybody can pull it off. “The key is slight looseness,” Wallace says. “If it’s too tight, it will cling to parts you don’t want it to. If it’s too loose, it can still work, but it’s a baggier look.”

While any tee can be tucked, MGRS shirts are specifically designed to elevate the look. They’re made with polo fabric and have curved hemlines, similar to traditional button downs, that accentuate the tuck. “Having that fabric changes the game,” Wallace says. “It’s also more flattering. You don’t have to be absolutely jacked or in perfect shape to wear it.” But the magic of tucking is that you look and feel like a specimen even if some time has passed since your last abs workout. You just have to be mindful of how everything comes together.

“The biggest thing is balance,” says Wallace. “You want to balance the fit of your tee with the fit of your pants. That’s what looks best and will make you look most proportional.”

So are we witnessing the revival of the tucked-in tee? Wallace believes we are. But he also points out that it’s never fully gone away. “There are already pockets of culture where it’s popular. If you look at country music stars, they’re tucking in their tees. A lot of time it’s to show off their belts.” Cowboy culture has long incorporated the tuck, partly for functional reasons — hanging shirts are a liability while riding or wrangling. But there’s no question that the look is spreading to broader circles. “If you walk around Brooklyn,” Wallace says, “you’ll see some folks tucking. Things go in waves and I definitely think it’s coming back.”

What Chubbies has done for short shorts — resurrecting and mainstreaming a timeless style — MGRS hopes to do for the tucked-in tee. With steady sales through their first year in business, they seem to be on their way. Their message for the fashion cycle’s notion of obsolescence is that it can, with all due respect, get tucked. 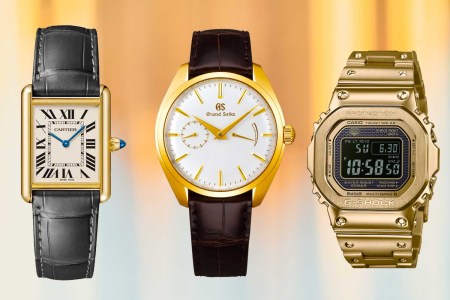 The Best Gold Watches for Men 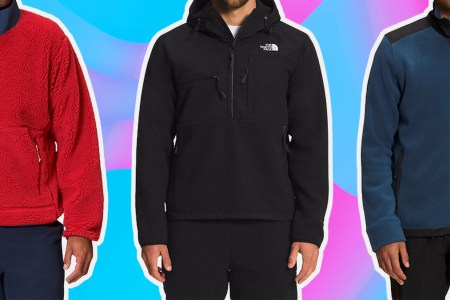