Take It From a Woman: You Should Be Wearing Crop Tops

It's time, gentlemen, to embrace the bare midriff.

It was April 12th, 2019, and I was aimlessly scrolling through my Instagram feed when I came across a post from the Philadelphia 76ers. Stunned, I stopped and set my gaze upon Jimmy Butler’s bare midriff, visible thanks to a chopped-up T-shirt.

Butler, as many know, is a tough, attractive, insanely talented, asshole who broke my heart two summers ago when he left the Sixers for Miami. But I forgive him, solely because of this day last April when he showed up to practice rocking this look.

Unsurprisingly, most of the post’s comments reference the top, with many asking some version of, “What the hell is Jimmy wearing?”

In the 1970s and ’80s, a man in a crop top wasn’t an unusual sight to see. In fact, it was a veritable crop top mania for male athletes and celebrities.

The male crop top was birthed in the early ’70s, most prominently in the world of college football. According to MEL Magazine, many players wore “tear-away” jerseys designed to rip off in sections as offensive players pulled away from would-be tacklers. In 1982, the jerseys were banned in college football, but by the mid-80s, players began cutting the bottoms of their jerseys or tying them behind their backs for the main purpose of making themselves more difficult to grab, but also with the added bonus of showing off those sweet, sweet abs.

Two other seemingly very different communities in the ’70s and ’80s were also contributing to the rising popularity of the cropped look: bodybuilders and punks.

“In the late ’70s, the crop top was just coming to the punk scene,” explains Dr. Sonya Abrego, a design historian and professor who has taught at Parsons: School of Design, New York University and The Fashion Institute of Technology. “Like Tommy Ramone, he always had a crop top on in the Ramones.”

Meanwhile, in the athletic world, the crop was a way for bodybuilder types to show off their muscles, but also a way to get around some early 70s gym dress codes that prohibited men from going shirtless.

“So you have these two different camps of guys being comfortable in that style,” says Abrego.

The ’80s and early ’90s boasted their fair share of crop top representation in the media as well.

In Rocky III, Apollo Creed rocked a blue cutoff tee and showed off a serious happy trai. Johnny Depp iconically wore a ½ football jersey in Nightmare on Elm Street. Wildcats’ entire costume budget was probably spent on them. Even Adam Sandler can be seen in a cropped MIT shirt (and a puka shell necklace) in Airheads. Will Smith wore a midriff-bearing 76ers tee on an episode of the Fresh Prince of Bel-Air. Prince was famously known to rock a crop, as did Mark Wahlberg in a 90s Calvin Klein ad.

The male crop top has historically been associated with athleticism, punk rock and masculinity — so why is it being sneered at now?

“In my mind and experience, most sportswear, athletic wear and streetwear got real big and baggy by the early ’90s,” says Abrego. “The T-shirts were super long, and that’s where I see it kind of coming to an end. In the ’90s, if you saw that kind of crop top look, say like in an old movie or something, it just read so ’80s.”

But in the 90s, the male crop top was also moving away from athleticism and into the fashion world, where it became a real sexy and androgynous symbol, as most famously exemplified in the iconic 90s Calvin Klein ad that features Kate Moss and a beefy Mark Whalberg in matching black crop tops.

“Post-AIDS there was this backlash of straight men not wanting to be perceived as gay,” Dr. Shaun Cole, Associate Professor in Fashion at Winchester School of Art told i-D. “Fashion, as well, has traditionally been derided as frivolous and feminine.”

But while homophobia and toxic masculinity may have killed the male crop top (and other skin-baring styles) for straight men for almost two decades, the style has slowly been creeping its way back.

In 2014, rapper Kid Cudi performed at Coachella in a red crop top and looked insanely hot. Dallas Cowboys running back Ezekiel Elliott made headlines for wearing a cropped button-down top to the 2016 NFL Draft. The former Ohio State running back was known for rolling up his jersey to show off his abs during games — a practice the NCAA weirdly banned in 2015.

“I’m known as the hero in the half-shirt, so I had to go out on the red carpet with a crop-top,” explained Elliott.

Designers like Gucci, Fendi, Telfar and more sent male models down the FW20 runway in tops cut just above the navel. And on the internet, there has been a loud cry for the crop top’s comeback.

On the Tumblr blog Crop Tops are for Guys, user-submitted photos of guys in crop tops are posted for the purpose of restoring “the glory days when it was common for guys to wear cropped shirts.” Tweets calling for the normalization of the male cropped look have gone viral as well.

There will, of course, be challenges in bringing the crop top back to a truly wide range of men. As one Twitter user pointed out, men who aren’t sporting a six-pack of gleaming abs don’t have the luxury of embracing the bold style because of the very real possibility they’ll be harassed or ridiculed for it. But fuck that. We encourage all men to start confidently sporting one whenever they choose.

So if you feel compelled to grab your scissors and cut off the bottom of an old T-shirt and wear it to the gym or the grocery store or wherever the hell you feel like, I implore you to do so. And if you’re worried about ruining a perfectly fine shirt, you can shop the styles below. 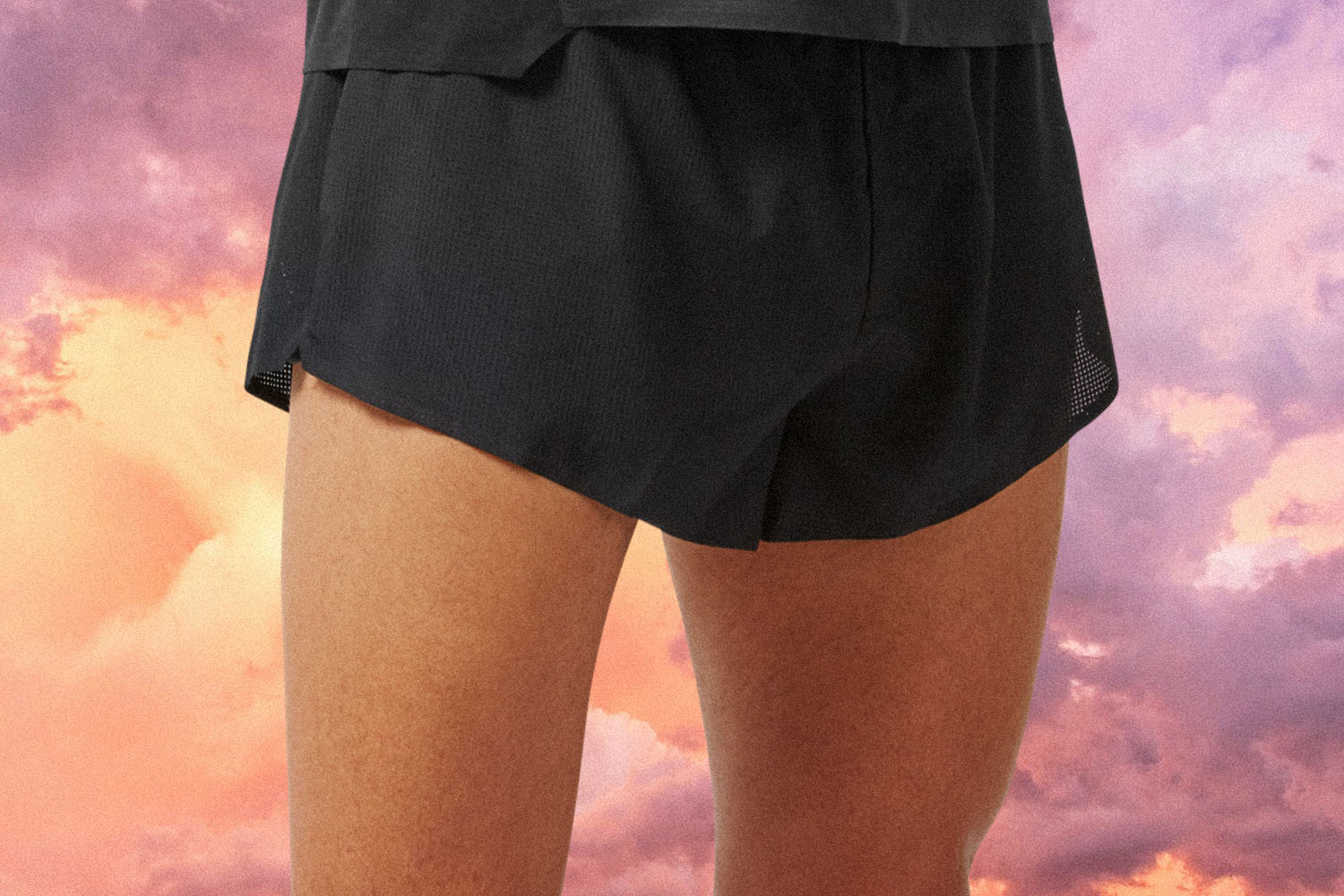 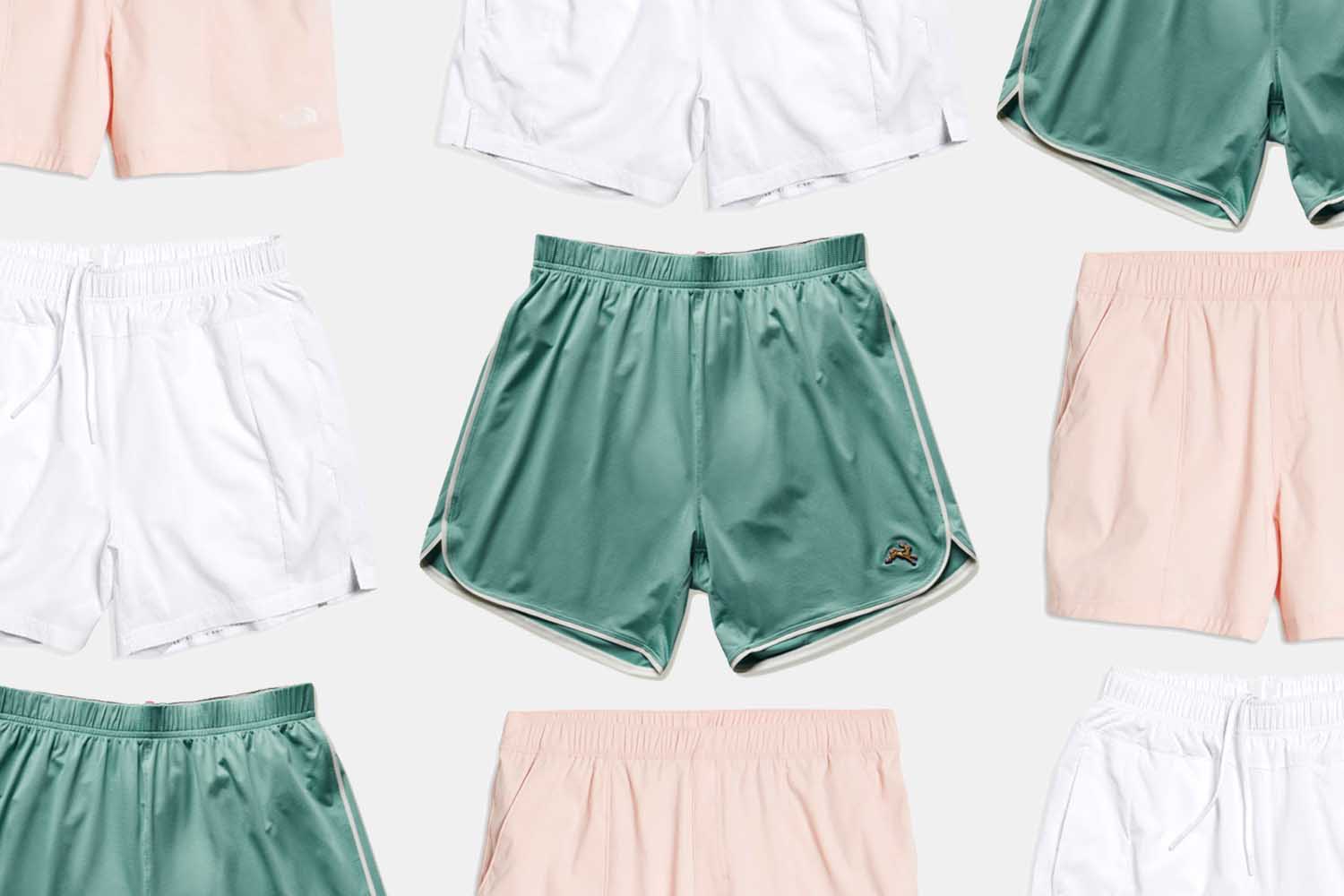 The 10 Best Short Gym Shorts. None of Them Over 5 Inches in Length. 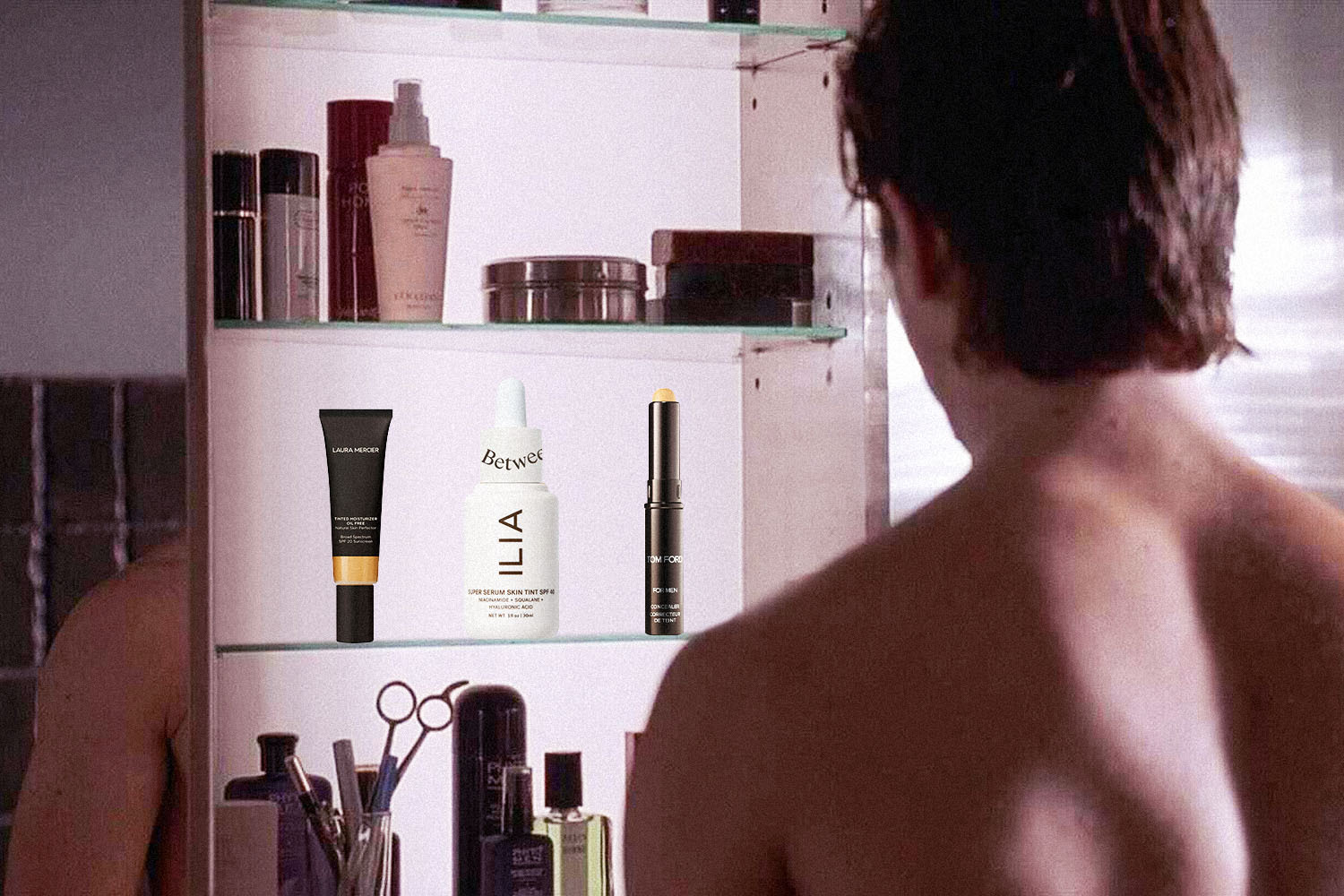 A Beginner’s Guide to Makeup for Men