How, Exactly, Do You Get the Stink Out of a Waxed Jacket?

They last forever. Their out-of-the-box redolence, however, does not.

There are many tough, pressing questions facing us each autumn. And while “How the hell do I get the smells of last year out of my Barbour jacket?” isn’t exactly one of them, it’s a vexing proposition nonetheless.

This is a problem I’ve had since spring of last year, so closing in on two full years. I spent an early-spring night at a gathering where my two choices were either stand around a bonfire outside (where the temperatures were more wintertime) or go inside a room filled with cigar smoke. Since cold and smoke tend to be the two things that make me have to pull out my asthma inhaler, I kept my trusty green Barbour Bedale on and decided the best course of action would be to try and switch from in to out as much as possible. Best of both worlds and all of that.

The problem with that move was my jacket ended up smelling like some misguided attempt to make a candle “for guys.” A day later, there were hints of tobacco, campfire, (spilled) whiskey and wax. Sounds nice, but it isn’t. My favorite go-to jacket smelled, and it smelled bad.

This presented an issue the next morning when I went to put on my Barbour to run to the store. “You stink,” my wife said. “Clean that thing.”

Easier said than done, of course. Barbour’s fabled hunting jackets come with a list of Do Nots that’s literally stitched into the inside, from washing with soap or hot water to tossing it in the washing machine to dry cleaning. It might be the middle ground between posh and utilitarian on the form front, but the waxed jacket demands a level of care and attention that the Queen herself might balk at. 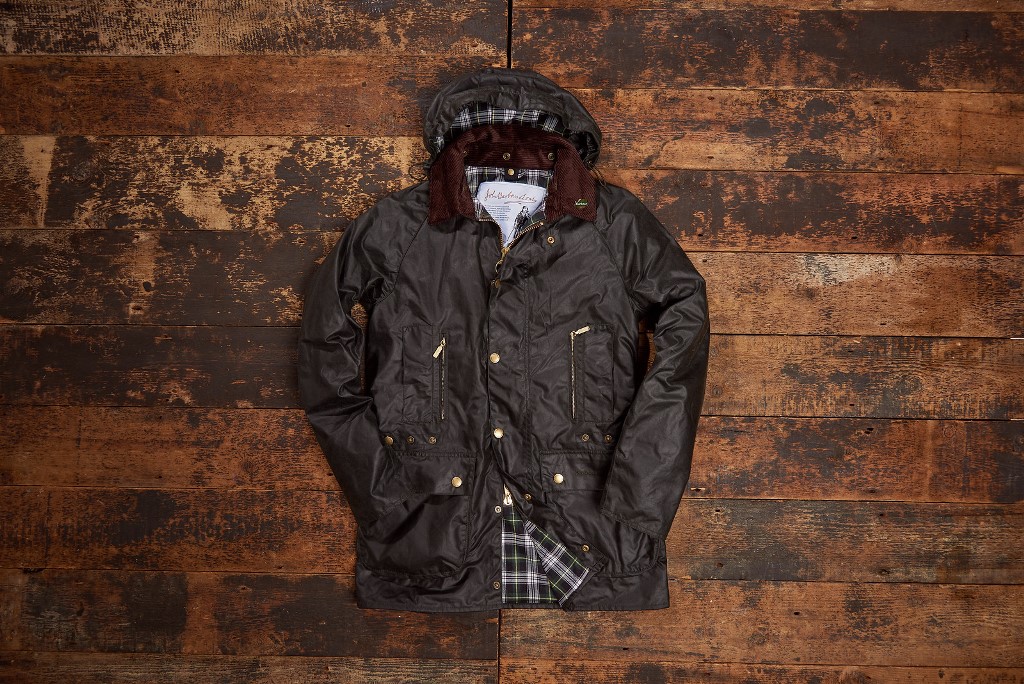 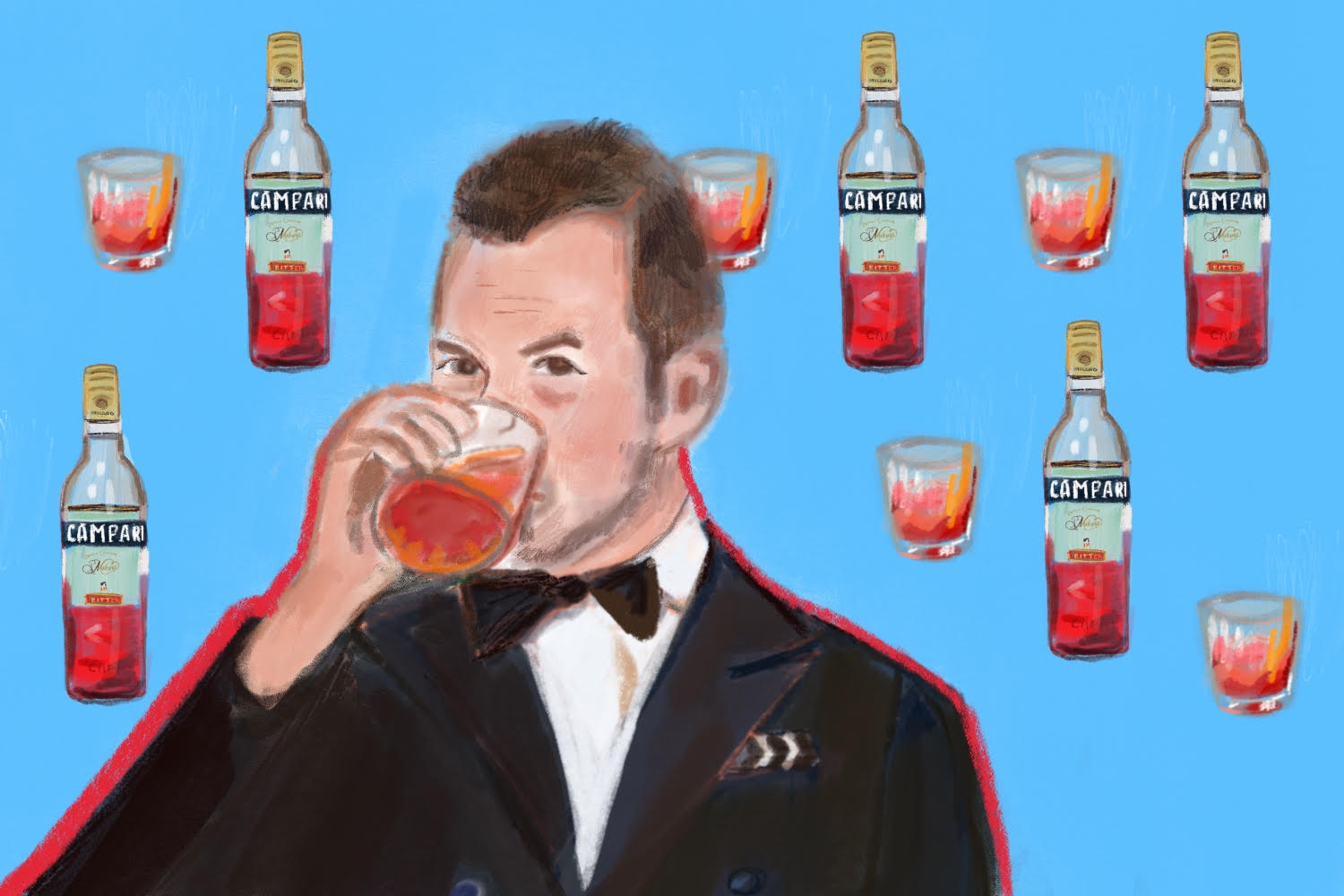 The Cult of the Negroni Has Its Day 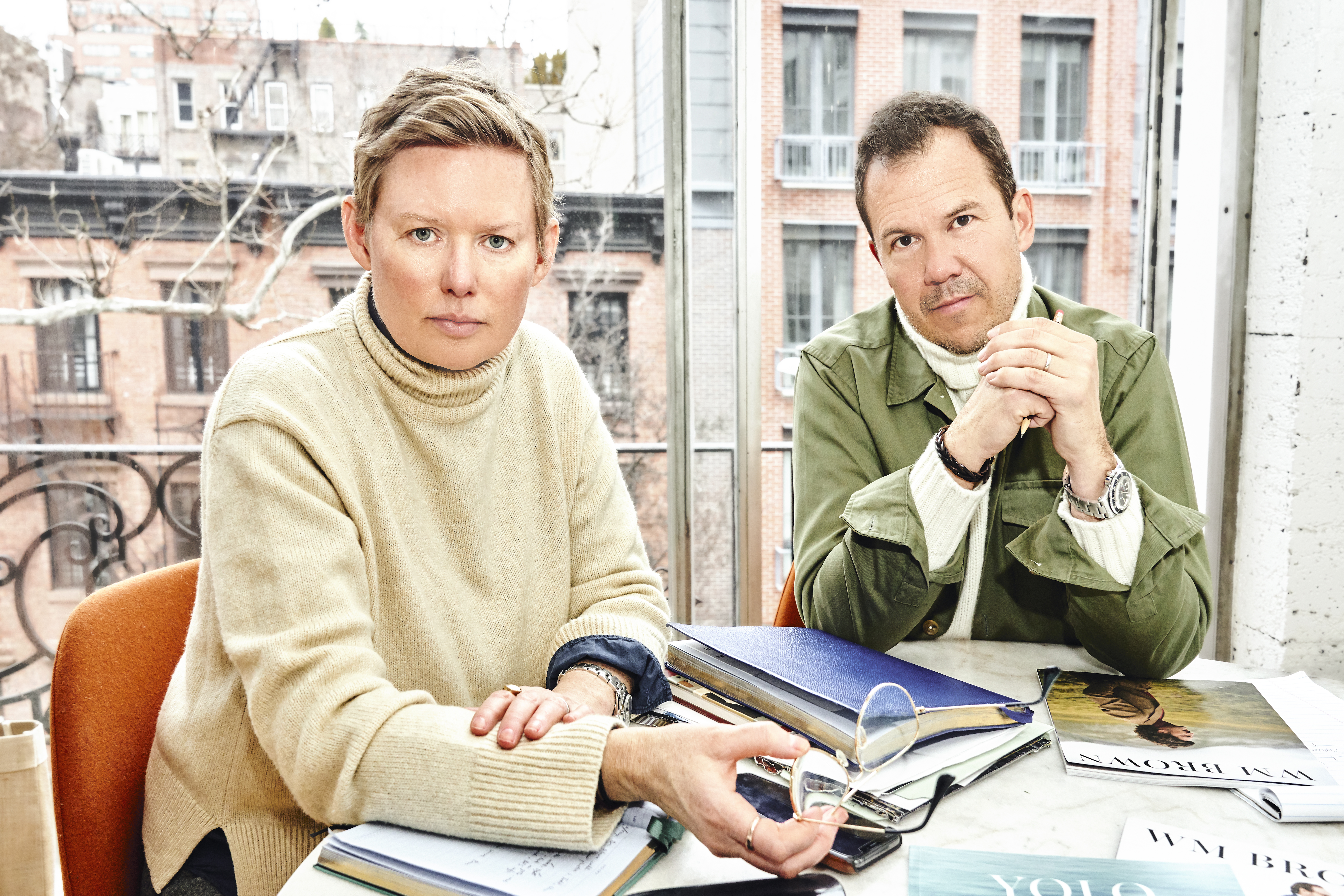 To balance things out, I keep a schedule. I get my jacket re-waxed about every other year (the Barbour store near me often has events where somebody will do it for you, but waxing your own jacket is a simple skill worth knowing), and towards the end of any wearing season, I mist my jacket with a combination of water and some cheap vodka, the best cleaning product I own. Nine times out of 10, the smells that have hidden in the jacket go away, and I can spend the last days summer not thinking about how to combat the stench when I start pulling out the cold-weather gear from storage.

But the cigar and bonfire thing was different. It was like an evil entity, a malevolent spirit that required a priest to come exorcise whatever it was and send it back to H-E-double-hockey-sticks. I spent the last week dreading the moment when I knew I’d have to pull the Bedale out of the closet, and the stench that would accompany it.

Enter Matt Hranek and a helpful instructional video that I employed immediately after watching it. Hranek, talking about a friend who brought a funky smelling wax jacket to his house and the secret he give him for getting the smells out. (Note: the jacket was just straight up funky — not the less offensive “barnyard-y,” as Hranek calls it.)

It’s pretty simple: two cups white vinegar and one cup hydrogen peroxide. Toss all that in a big bucket of hot water, grab yourself a sponge that you might normally use to wash your car — but not one you actually used to wash your car, that would be gross — and wipe down the Barbour on the inside and out. He says to hang it in a breezy, sunny spot, and boom — the funk should be gone.

Now, “funk” and “barnyard-y” aren’t exactly “cigar, fire, Famous Grouse and whatever else was in the air that April night,” but I figure maybe I’d done enough work to get it out. For the most part, it did, but still not as close to perfect as I’d like to get. Those fire smells especially like to stick around. So I tried one other trick I was surprised I hadn’t thought of, and steamed the jacket to pull the pesky little microbes out, then gave it Hranek’s treatment once more. Finally, my jacket no longer stunk.

After so much time, I guess I’m lucky that I’ve paid so much attention to how I treat my Barbour. I’ve read horror stories about people inheriting great jackets from their dad or grandpa and the stale smell of cigarettes or mildew that comes with it. Those kinds of smells, if left untreated, can often be next to impossible to get out, and the jacket isn’t much good if you’re going to be around company. Still fine for the outdoor jaunts and quiet moments by yourself when the temperature dips, but a reminder that a Barbour, or any waxed jacket, needs to be properly cared for. 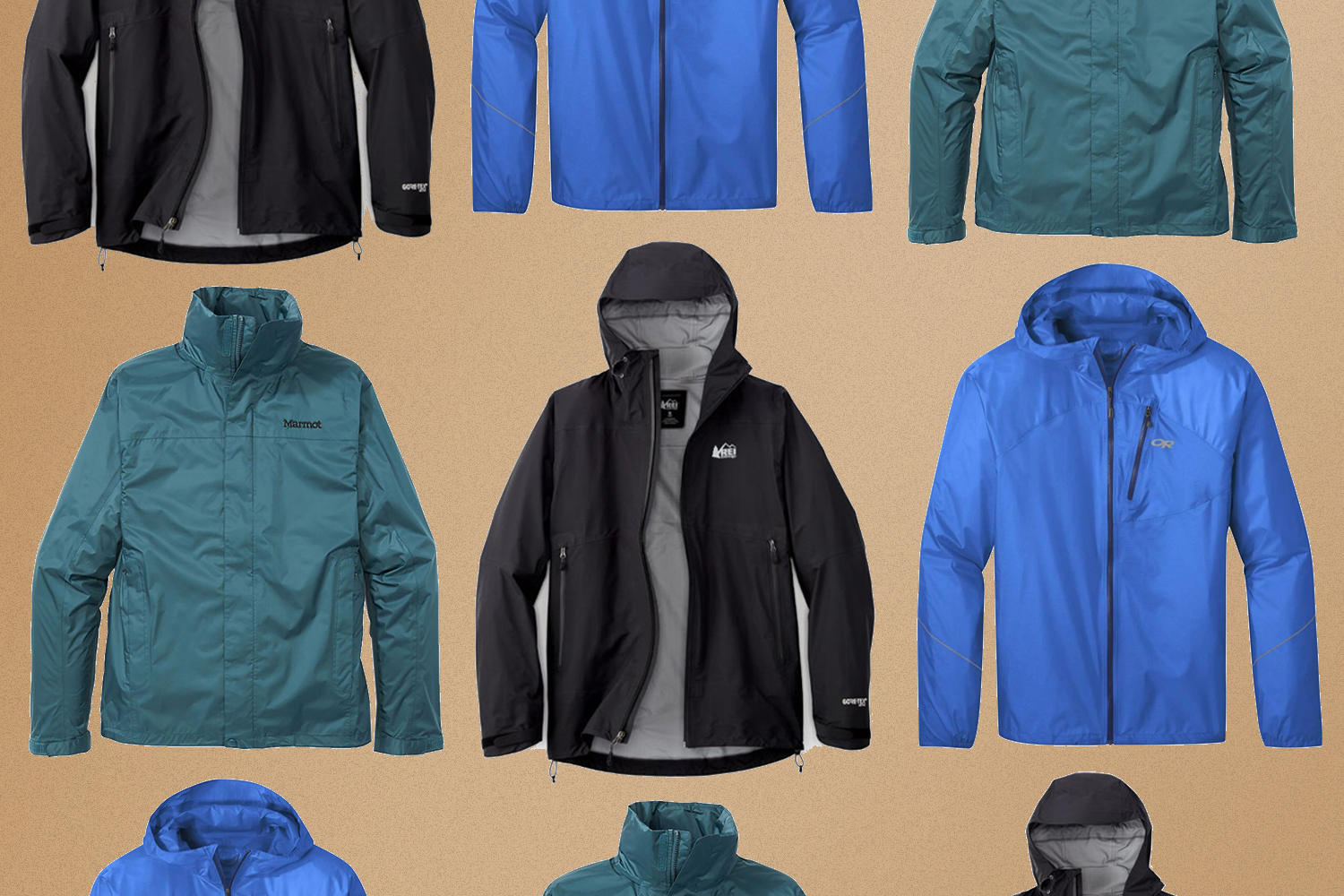 April Showers Be Damned: The Best Rain Jackets for 2021 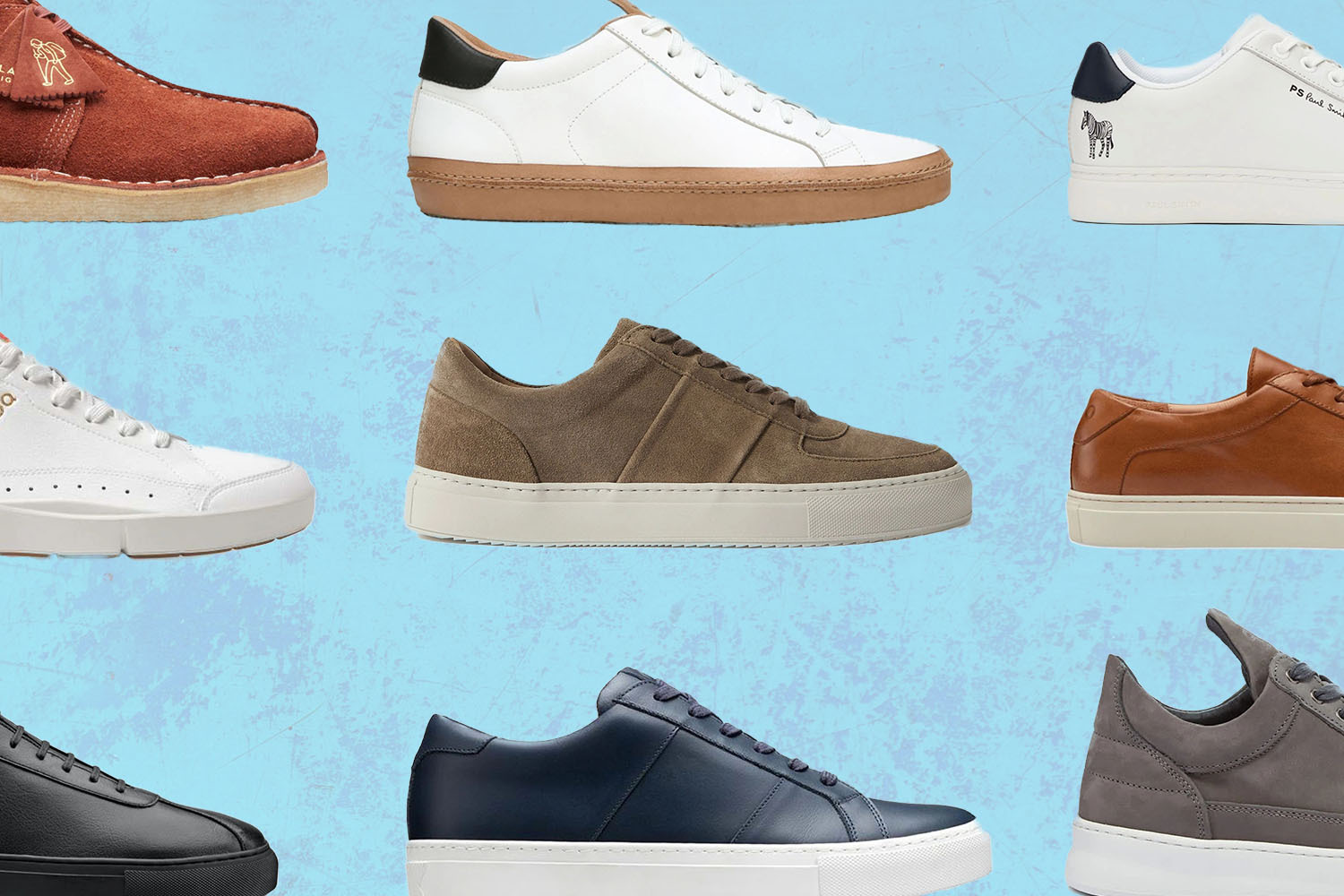