Behold, the Union of Streetwear Culture and Mid-Century Modern Design

Today in “sounds surprising at first but really isn’t when you think about it” news: the worlds of streetwear and mid-century furniture design have collided.

This collision comes in the form of a collaboration between Reed Art Department (the creative agency helmed by hype culture godfather Jeff Staple) and furniture restoration gurus Parc on a capsule collection of three custom Eames lounge chairs.

For the uninitiated, the Eames lounger and its trusty ottoman sidekick are widely regarded as the beau ideal of mid-century modern design — conceived by Charles and Ray Eames for the Herman Miller furniture company in 1956, the artful union of plywood and leather now sits as part of the permanent collection at New York’s Museum of Modern Art.

RAD and Parc sourced genuine vintage 1970s Eames pieces from private sellers in New York and Long Island, giving them a slick update with full-grain Italian leather designed in a grey gradient by RAD and meant to evoke “New York City asphalt and visual interplay between buildings and concrete in the early morning fog.” Parc restored the rosewood shells to their original spec, with eye-catching orange trim added for a little dose of color.

The chairs are going off for a cool $10,000 a pop, which checks out when you realize that you’re basically buying an objet d’art as much as you are something to sit in (each comes with a hand-signed certificate of authenticity). However, if you’re not in the mood to shell out five figures, RAD and Parc also have a collab tee on offer for $60 with a graphic paying homage to a short film produced by the Eameses in 1953 for Georgia’s Department of Arts.

Either way, you’ll want to head over to the RAD Shop to check it out. 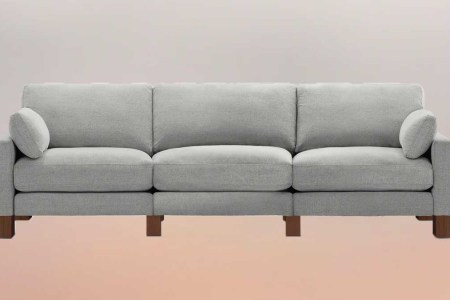 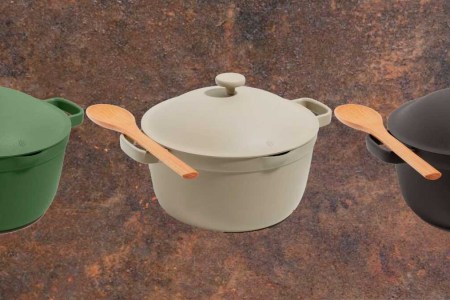 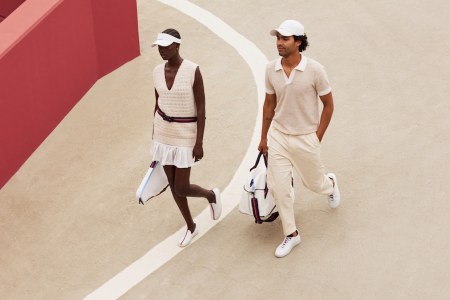