Tips for Visiting Thailand During the Year of Mourning Their King 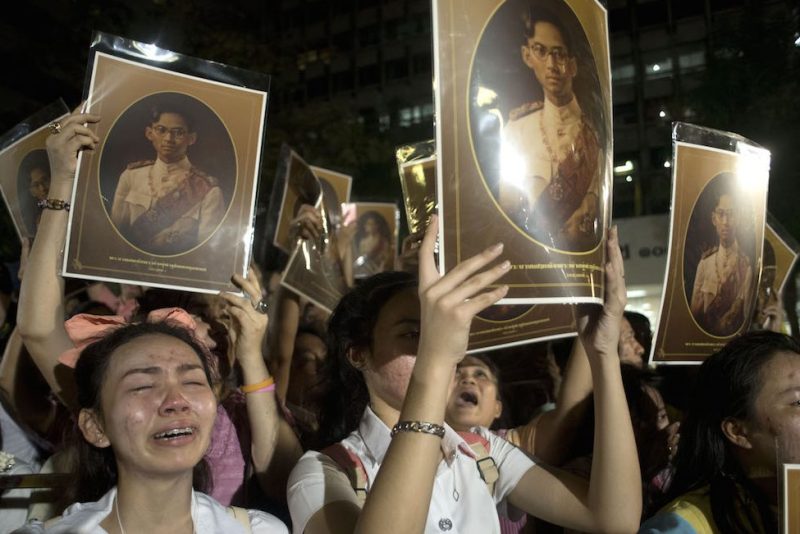 Thailand is currently in the midst of a year of mourning, which will extend into October of 2017. The mourning is to honor the death of King Bhumibol Adulyadej, who passed at age 88 on October 13. He took power at age 18, meaning the vast majority of Thais have known nothing but the 70 years he ruled. Indeed, many of them considered him semi-divine. This is all to say that the intensity of the grief Thailand is currently experiencing is something that may be difficult for outsiders to relate to, but it should be respected. Here are some general tips:

In the days after his death, people were publicly shamed for not wearing black. Thai civil servants are expected to wear black for the rest of the year. In a few weeks, it will theoretically become acceptable other Thai citizens to stop wearing black, though many will doubtless continue to do so. While there is a greater tolerance for foreigners, the U.K. Foreign Office advised wearing “somber and respectful clothing when in public” and checking in with local media for other fashion guidance.

No one will ever make the Bangkok nightlife go completely away, but it’s best to avoid getting too raucous on the streets. Keep in mind that Thailand’s ruling junta is aggressively prosecuting “insults” to the monarchy, even seeking to pursue suspects abroad. Related to this…

Do Not Disrespect the King

Americans often deal with tragedies by joking about them. At all costs, resist this instinct: the Thais will make allowances for visitors, but there are lines you cross at a very real risk.

To get more advice on visiting Thailand during this complicated period, check out TIME‘s overview here. Below, see scenes of the Thais mourning their ruler.