The Truly Crazy, 3,000-Year-Old Sport of Bull-Leaping, Known As Recorte

The Truly Crazy, 3,000-Year-Old Sport of Bull-Leaping, Known As Recorte 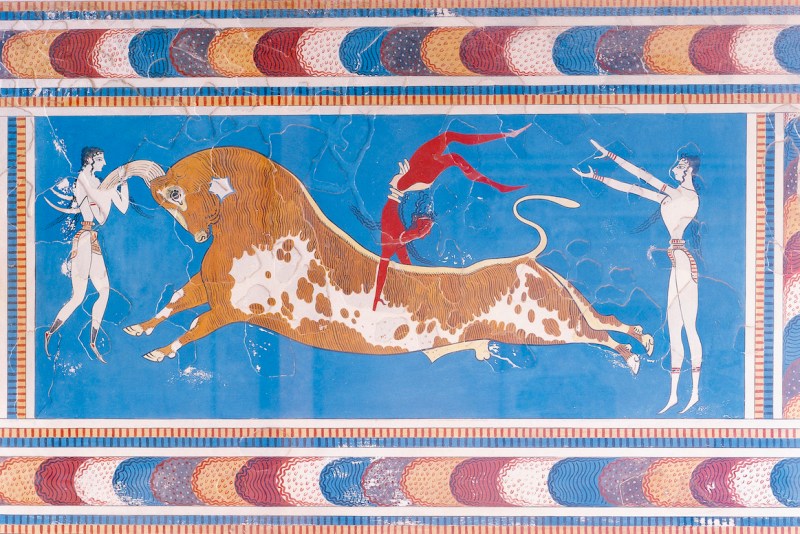 Bullfighting has a lengthy history and many argue it is essential to the culture of Spain and other regions, but there’s a brutal truth with which modern audiences struggle: you’re going to watch a bull die. Indeed, often people are unaware this is the reality of bullfighting, particularly if they discovered it, like many Americans, through Bugs Bunny cartoons.

While capes and dodging bulls are indeed part of the sport, it also involves a matador repeatedly stabbing a bull, as you can see from the embedded lances in the bull in the photo below. 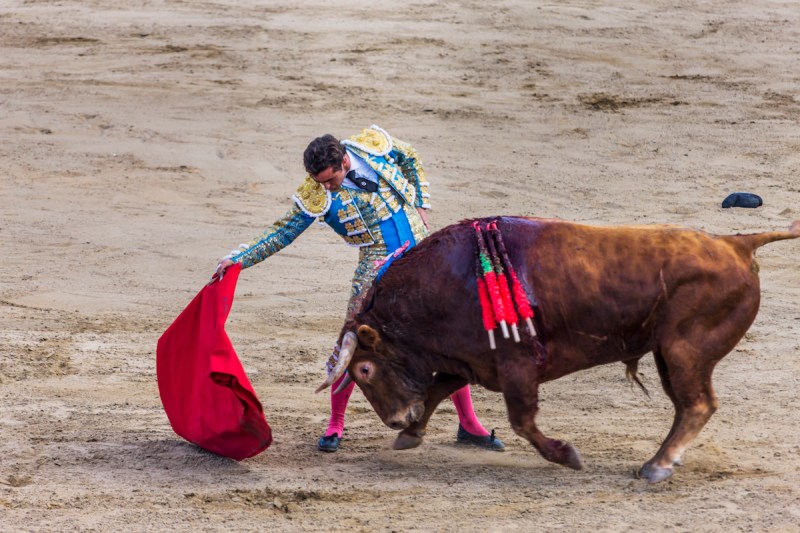 So the bull is inevitably slowly killed, and of course the bull never chose to take on this battle. However, there is another option that allows people to demonstrate incredible skill and courage without actually harming any animals: bull-leaping. Take a quick look at it in the video below.

Yes, bull-leaping is just what the name indicates, greatly minimizing the risk to the bulls (since they are no longer being stabbed by a matador) and exponentially increasing the danger to humans. This sport has existed for well over 3,000 years, as it was documented in ancient Crete by frescos like the one below of a young man flipping over a charging bull. 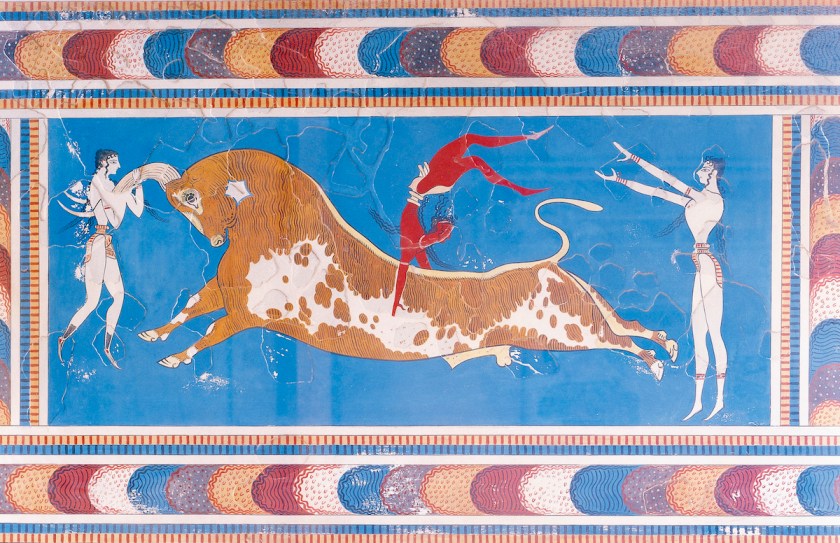 The first recorded representation of bull-leaping is believed to come from a fresco around 1400 BCE. Indeed, it has a longer history than bullfighting does, which traces its origins in Spain back to 711 A.D.

The practice still continues today only, as you’ll see in the video below, it continually gets crazier: that clip includes footage of entire teams of people jumping the bull, as well as a man actually pole-vaulting it. If you still can’t get enough, watch an entire bull-leaping session at the bottom and appreciate the rare event where man puts himself completely at the mercy of an animal, over and over again, purely for the thrill of doing so.