What Do Successful People Mean When They Say “Transcendental Meditation Changed My Life”?

What is about "TM" that inspires such a fervid response?
Justin Paget
By Tanner Garrity @tannergarrity

Toward the end of my interview with Will Ahmed a few months ago, I asked the Whoop CEO what he was doing to keep his head screwed on straight during the pandemic. He mentioned family, sleep, cutting back on drinking. Then he talked at length about his secret weapon: Transcendental Meditation. Ahmed’s been at the practice for seven years. Here’s his quote in full:

“I got to a point of crisis. I was strung-out. I was an ineffective entrepreneur, I felt. This was around 2014. The company was 20 or 25 people. I raised millions of dollars but I didn’t feel like I was doing a good job. I felt anxious and stressed. I needed to find something to be more in control. This led me down this rabbit hole to Transcendental Meditation. I took a four-day course, and I’ve been doing it every single day since. It changed my life.”

That final line looked familiar. It’s one I’ve seen constantly for years now, and generally from we might describe as highly successful entrepreneurs and entertainers. TM is the preferred meditation style of people named Marc Benioff, Hugh Jackman, Oprah, Jeff Weiner, Ellen DeGeneres, Ray Dalio, Jerry Seinfeld and — perhaps most famously — David Lynch. These people often credit TM with “changing” their lives, and because their lives seem pretty damn good, it’s only natural to assume that practicing TM is closely linked to success.

And yet, at the very same time, TM feels distinctly “goopian.” Scientology Lite. If all these mega-rich friends swear by it, there’s gotta be a catch, right? It feels like a chicken-or-the-egg scenario: Are certain celebrities successful because they practice TM? Or do they practice TM because they’re successful? Could it just be another one of those silly traps people fall into once they’ve accrued enough followers and dollars?

Spoiler alert: there isn’t an obvious answer here. But the first step toward unpacking that familiar line — “Transcendental Meditation changed my life” — may well be in recognizing that TM doesn’t need to have anything to do with success. It can’t shake its association with the rich and famous, but there are 10 million people around the globe (9,999,999 of them without the last name Seinfeld) who have learned the practice. 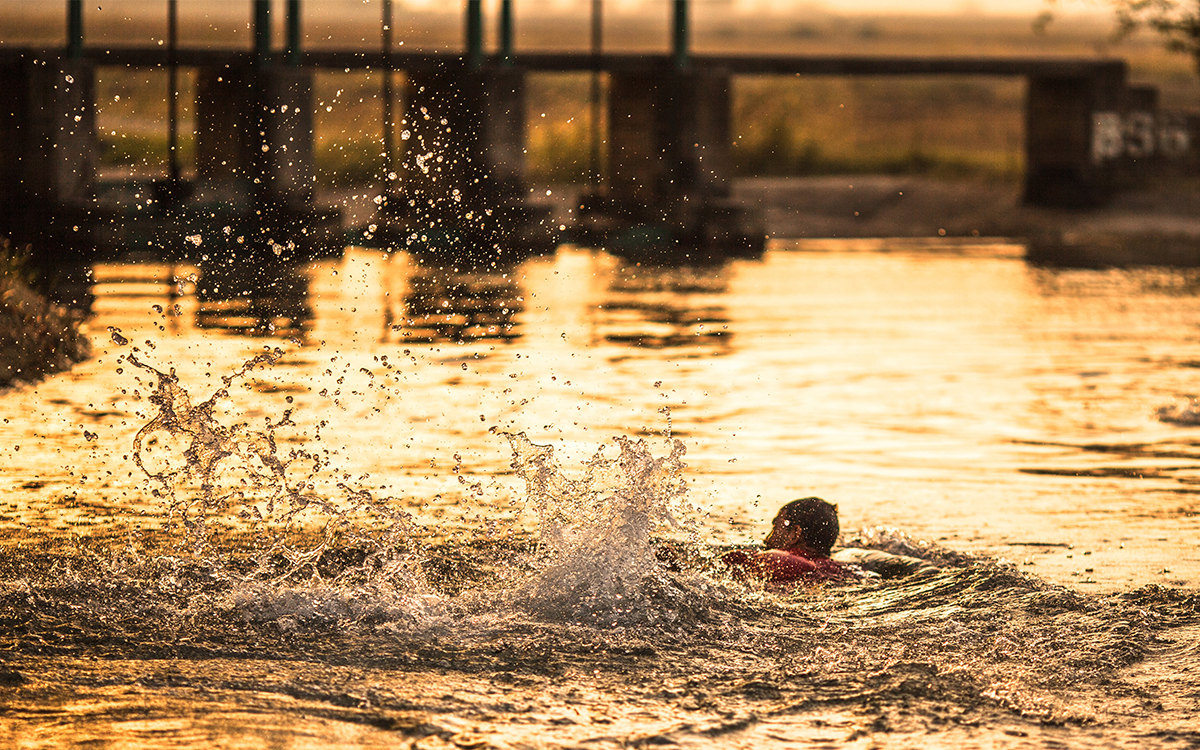 The backstory is simple enough: in the 1970s, a young man named Bob Roth went on a tour of Spain. He met Maharishi Mahesh Yogi — as in one-time spiritual guru to The Beatles Maharishi. Roth studied The Maharishi’s meditative form, TM, for six months until he mastered it. Roth then helped bring the practice the United States, and is now CEO of the David Lynch Foundation, which teaches TM to all sorts of people we don’t normally associate with the trendy world of self-reflection, yet could desperately use some: children below the poverty line, survivors of sexual abuse, veterans grappling with PTSD.

So what does “success” mean to those people, the practitioners who aren’t running billion-dollar companies in the midst of a pandemic? It’s learning to process and accept the thoughts that seem determined to destabilize one’s entire existence. Think of TM as adding bowling alley bumpers to either end of each day. They’re there — in the form of two daily, 20-minute meditation sessions — to inject awareness, to fill the rest of the morning, afternoon or evening with a sense of calm and direction aligned with your personal needs, desires and goals.

JF Benoist, a therapist, founder of a holistic treatment center and author of a bestselling mindfulness book, says: “Transcendental Meditation is a form where you’re taught to repeat a mantra in your head while you sit quietly. As you meditate, you shift into a state of witnessing. You witness many things: the tension in your stomach, that thought that keeps reminding you to call your mom, your heart beating. When you meditate and repeat your mantra in your head, you’re giving yourself the experience that you are not these things you’re witnessing. You’re not that feeling or sensation or thought. You are the person that is witnessing these things.”

Part of the appeal of the “it changed my life” claim is that most of us don’t know what TM is. The whole operation is shrouded in just enough mystery to entice a steady stream of new acolytes. Those who aren’t recipients of the practice through the David Lynch Foundation can only learn it by attending a four-day course, which costs just under a grand. Devotees insist that you must be taught TM — crucially, the mantra you repeat is not a boilerplate “Om.” TM teachers conduct interviews to deliver a secret, personal mantra that only you know. And unlike other meditative practices, which insist that trainees stay mentally on task (don’t let your brain wander), TM is accommodating to this reality. It doesn’t see it as a shortcoming.

That personalized, hang-in-there approach is what reels people in. But what makes them giddy about the practice at dinner parties is the relaxed, euphoric sensation they get from doing it consistently. Catalin Zorzini, the founder of a mindfulness app, says, “From what I’ve seen, all practitioners who continue to practice see the benefits of TM manifest in their daily lives. It providing the practitioner with more mental clarity and ability to avoid mental blocks and hindrances. Most people who practice TM find that they are able to be far more productive throughout the day.”

Productivity is relative, as are paychecks. But any habit that steers someone away from negative thoughts is pretty clearly a successful endeavor, whether society would consider the person doing it “highly successful” or not. There’s the legitimate physical benefit, too: Dr. Madathupalayam Madhankumar points out that “Regular meditation reduces chronic pain, anxiety, high blood pressure and cholesterol, while improving quality of life.”

That’s the real goal. Or at least, it should be. According to Dr. Nereida Gonzalez-Berrios, a board-certified psychiatrist, “TM is not a method to chase and manage success. The primary purpose of TM is to increase mental well-being, thereby improving efficiency and improving the overall quality of life.”

Ultimately, for those intrigued by TM, it’s just important to explain to yourself why you want to give it a try. Is it because Bill Hader talked about it on a Comic-Con panel? Is it to be a more effective employee? Mantra meditation is a deeply personal communion with your brain; you probably don’t want to enter into that sort of vulnerable self-examination simply to test out a trend. You’ll end up sitting there thinking about sports cars.

If you end up getting a pay raise or finally finishing some project as an indirect result of practicing TM, fantastic. But if you’re actually committed to it, there’s a better prize at stake: quieter mornings, a deeper sense of self, a full 40 minutes a day where you don’t read an email. It’ll take some time, but lowering your risk of heart disease is life-changing — and that’s no celebrity hyperbole.