Stem Cell Therapy: Here’s Everything You Need to Know

When you hear or see the term “stem cell therapy,” you might get flashbacks to political debates featuring men like George W. Bush and John Kerry discussing whether it should be legal to use human embryos for the greater good of society.

But good news, friends: That’s not what stem cell therapy is really about anymore. We are past all that messy embryo talk. These days, “stem cell therapy” refers to a much less controversial, much easier to perform treatment—involving adult stem cells, not embryonic stem cells.

And it’s not a theoretical treatment that is still decades away from being practical. It’s available now! And without sounding too sales-y, it might be exactly what you or a loved one need for that problem with your [insert body part or debilitating condition here].

Still not sure what this whole “stem cell” thing is about? To be clear, RealClearLife is not prescribing medical treatment and we urge anyone to check out all negatives and dangers before choosing any procedure. But we sent out a reporter to investigate positive rumors we had heard. Allow us to report the answers we got back on some frequently asked questions (FAQs).

What are stem cells, anyway?
Stem cells are the body’s main cells for repairing damaged tissue and reducing inflammation. They can divide and replenish cells that have been damaged by disease, injury, or normal wear and tear.

“Stem cells are like little drugstores,” says Joanne Halbrecht, an orthopedic surgeon at the Boulder Institute for Sports Medicine, who has been using stem cell therapy with patients for about a year and a half, often in combination with surgical procedures. “They signal the dormant cells to grow and proliferate around an area of inflammation and injury. The stem cells are there for five or six weeks and then they’re gone. In fact, they shouldn’t be called stem cells. They should be called signaling cells.” 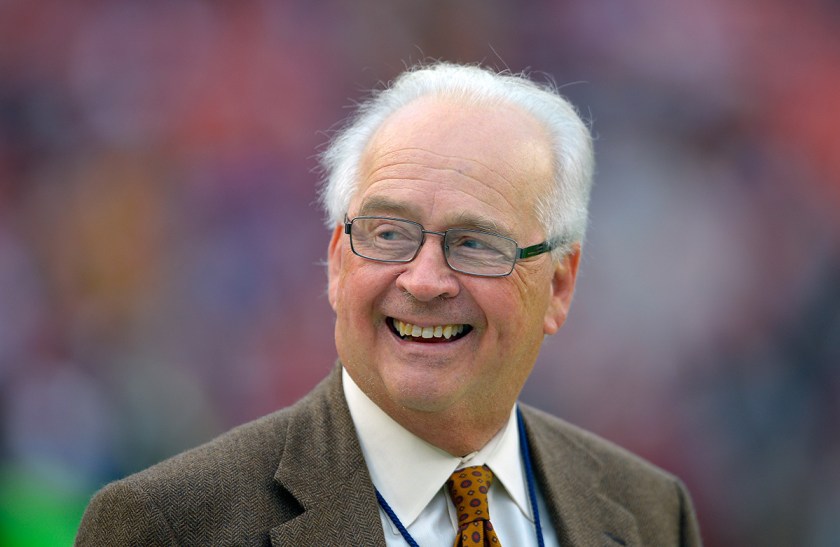 So then what is stem cell therapy?
Stem cell therapy refers to any non-invasive procedure in which stem cells are harvested from one location on a body (one’s own body or a donor’s body) and then injected into another portion (typically a damaged portion) of a body to help it heal. Again, these days this usually involves adult stem cells, not the embryonic stem cells of yore.

Where are these stem cells taken from?
Different areas. It depends on which of two stem cell types doctors use. First, there are stem cells from the bone marrow. Two years ago, it was all the rage in the NFL to take stem cells from the bone marrow of an athlete’s hip and insert them into a damaged body part, like a knee. Arizona Cardinals running back Chris Johnson, for example, had this procedure performed (along with surgery) by renowned orthopedic surgeon Dr. James Andrews after tearing the meniscus in his left knee. He made a full recovery.

But in 2016 in America, most procedures are performed using adipose stem cells—that is, stem cells taken from the fat (in your belly, love handles, or back). This method is less painful. Plus, fat has hundreds if not thousands more stem cells than bone marrow. So a doctor will put a patient under local anesthesia, remove stem cells from his or her belly fat, then inject them into the body part that’s damaged, like a knee, hip, back, wrist, or elbow. The stem cells will then go to work, like little construction workers at a crash site.

Didn’t Peyton Manning have this done?
Yes. Reportedly. In Europe. In 2011, his final year with the Colts, when he was trying to recover more quickly from neck surgery. 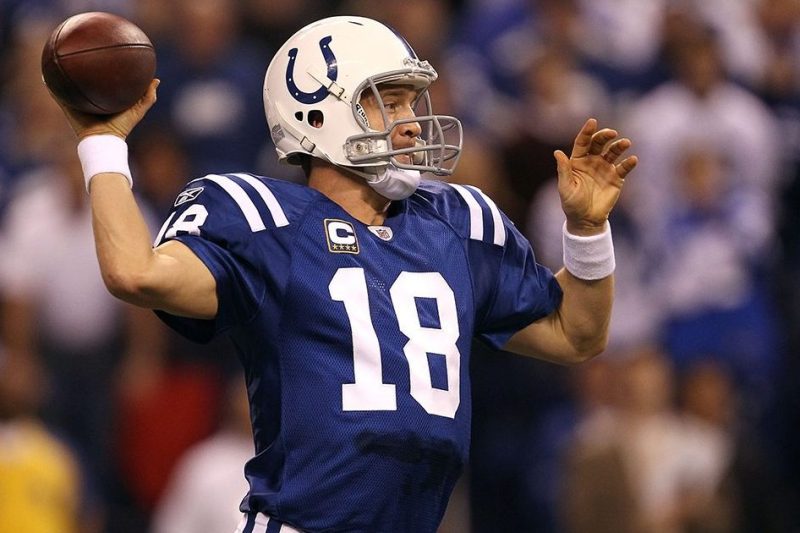 Did it help?
He returned to the field and won a Super Bowl with the Broncos, didn’t he? Although it is hard to know what other treatments he may have had as well.

How many places offer this sort of treatment?
Many. Put it this way: Pretty much every major city in America (and even some minor cities and college towns) has a stem cell treatment center. (Google “stem cell therapy” and the name of your city and see what comes up.) One company alone, Regenexx, has more than 30 stem cell treatment facilities across the United States.

I have arthritis. Can it help with that?
Fans of stem cell treatment believe it can definitely help your arthritis. They believe it can also treat tendinitis, rotator cuff injuries, lower back pain, and shoddy ankles from too much pickup basketball. Thinking about shoulder replacement surgery, hip replacement surgery, or neck surgery? You might want to look into stem cell therapy first. It’s non-invasive, and it’ll mean less recovery time, less rehab, and less pain. (Ask your doctor, Halbrecht advises.) It’s the main component of a growing field of science known as “regenerative medicine” or “biologics.”

As Dr. Andrews told Sports Illustrated, “We have had one big revelation in sports medicine over the last 50 years, and that was the arthroscope. I’ve been looking for the next wave, and I think the biologics, particularly stem cell therapy and enhancement of the healing properties, will be it.” 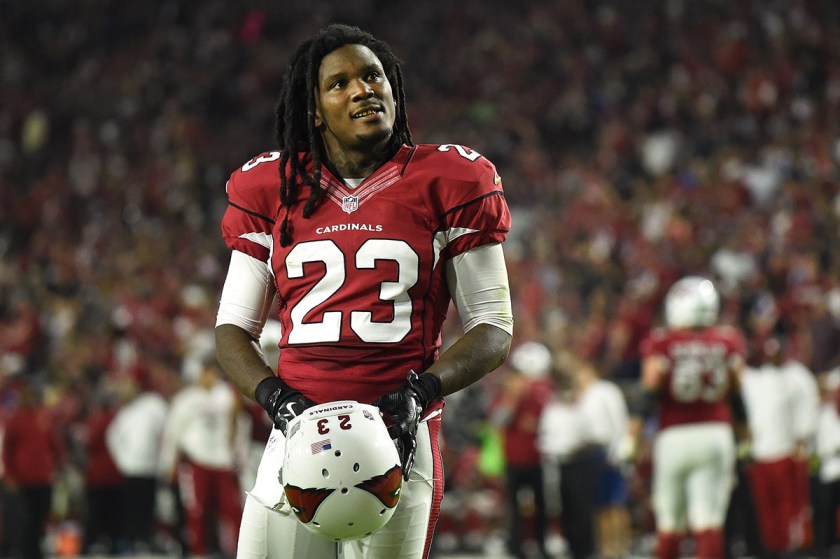 How long does one of these procedures take?
Usually about an hour.

What about dogs?
What do you mean?

Does it work on dogs? My Border collie isn’t moving around like he used to.
Sorry to hear that. Yes, actually, it does. Michele Lindsay brought her eight-year-old yellow Labrador, Sammy, to Shinnecock Animal Hospital in Hampton Bays, New York, after Sammy began showing signs of arthritis and hip dysplasia, struggling to get on her feet and rarely running. Within a few hours after stem-cell therapy, Sammy was her old self. “We saw immediate results,” says Lindsay. “I could see it in her face. She came home and was running around. She was a brand-new dog.”

Nice. Anything else that stem cell therapy might be able to help with? For humans, I mean.
Yes, lots of things. It can repair tough-to-heal wounds, according to Bruce Ruben, medical director of Michigan’s Encompass HealthCare and Wound Medicine. It’s been reported to help regrow hair. Plastic surgeons use it for breast augmentation, butt lifts, facial rejuvenation, and to fix bow legs. “I can take a person who has no muscle in their biceps or triceps and use stem cells to give them muscle,” says Leonard Grossman, a plastic surgeon at the New York Center for Plastic Surgery in Brooklyn. “You can take a person who had a total heart failure, you can use stem cells to grow new heart muscle, and after this they can be a marathon runner.”

But perhaps the most impressive aspect about stem cell therapy is what it can possibly do for more serious conditions. There are hundreds of clinical trials going on right now that are studying how it can treat things like Alzheimer’s disease, muscular dystrophy, ALS, blindness, Crohn’s disease, and Parkinson’s disease. And you can already find examples where stem cell therapy has helped. Take, for example, a man named Warren, who used stem cell therapy at StemGenex in La Jolla, California, to dramatically reduce the effects of his Parkinson’s. (It’s really a touching video, if you’ve got 10 minutes.)

“This is where the future is,” says Grossman.

The California Institute for Regenerative Medicine agrees. In March of 2015, an institute spokesperson told Scientific American, “Theoretically there is no disease which stem cell therapy could not be applied.” 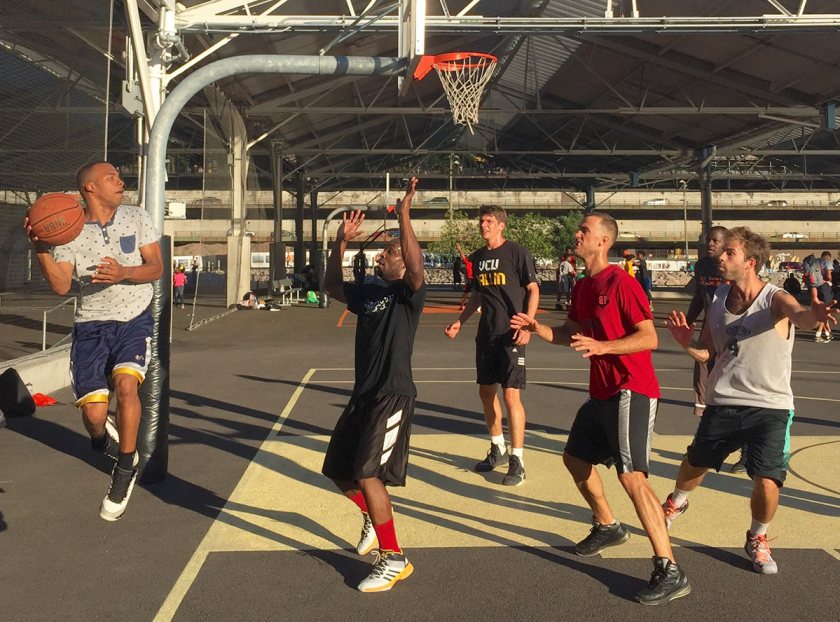 It sounds pretty amazing. Is it covered by health insurance, by the way?
No. Unfortunately, the therapy is considered experimental, so health insurance doesn’t cover it.

Dang. So this is probably super expensive, huh?
Well, it’s not cheap. Treatments typically cost between $4,000 and $20,000, depending on various factors (reputation of doctor, type of procedure, etc.). At StemGenex, you can get their treatment for Parkinson’s, including three nights in a hotel in La Jolla, for about $15,000. Which, if it ends up drastically improving your quality of life, seems worth it.

How much for my dog?
That’ll cost you a thousand dollars and up. Shinnecock Animal Hospital charges about $3,500.

What are the downsides?
A little bit of pain. And the cost. And, as we said, it’s still experimental. Some patients appear to be helped by the procedures more than others. But overall, proponents claim it’s not too risky. “It’s proven to be one of the safest procedures you can get,” says Halbrecht. (However, please note: We interviewed supporters of the treatment. There may be skeptical arguments and dangers that opponents of the procedure might raise that we haven’t heard or reported.)

Any advantage to going to Europe for this? Like Peyton (allegedly) did?
In Europe they’re allowed to multiply the stem cells before injecting them into you. It’s called “expanding.” The FDA doesn’t let doctors do it here yet. That’ll change within five years, estimates Halbrecht. “In Europe they’re taking cells from a 30-year-old, expanding them in a lab and then putting them in a person,” she says. “The big advantage there is convenience, because you’re getting them from a different person. You go in, they’ll take the stem cells out of a freezer, and put them in you. But what you can get from yourself is just as effective as expanded stem cells.”

And how do I know I’m not getting scammed?
Stay in the US, advises Grossman. Choose a place that’s reputable (e.g., they have stories and images of real people on their website). Also, consult with your primary caregiver, says Halbrecht. Take the same precautions you would when making any big purchases or important medical decisions.

Did you say stem cell therapy could turn my wife and myself into Hollywood-quality specimens? I mean, I like us as we are, but…
I think we’re done here.