Elementary-schoolers are reprimanded when they stare out the window during a lesson; kids are handed iPads when they declare themselves “bored” at family functions, and across the board, children are notoriously overscheduled. There isn’t much time for the youth to let their minds wander when they have to focus on soccer practices, dance lessons and playdates.

Child development experts have long pointed out that such overscheduling is not necessary for a child — in fact, it’s a symptom of parental anxiety. Chronically busy parents can’t fathom their kids populating hours of free time on their own, so they try to “fix” what they assume is a problem.

But the adults are the ones behaving poorly in this situation, not the children. They’re crippling their kids’ creativity, problem-solving, sense of wonder and fervor for curiosity. And they’re fomenting a lifelong commitment to the squashing of random thoughts — of the sort that are often inconsequential and sometimes extremely silly, but actually have a tangible impact on mental health and cognitive function.

Instead of forcing children to stop their minds from wandering, adults should be taking notes. A number of studies (here, here and here) outline the swell of inventiveness that greets the brain when we give it a chance to explore without intervention. Mind-wandering boosts mood, solidifies memories, wards off depression and anxiety, encourages reflection and brings some of our most original and wacky musings to the surface.

It’s understandable that some adults are at a total loss as to how to let their minds wander; technology has deprogrammed our ability to embrace “nothingness.” Others may find the concept intimidating, likening it to meditation, as some sort of goal-oriented fitness task.

This is where it helps to be a kid. Or at least, to remember what it’s like to think like one. You can’t exactly write “Daydream from 1:00-1:15 p.m.” in your daily planner. It’s not an activity that can be controlled. It’s a state of being that will arrive naturally, once you allow yourself the space to slow down and court an afternoon’s simple silence.

There are commodified guides for this, because of course there are. See: Niksen: Embracing the Dutch Art of Doing Nothing, and the “hitting mung” movement in South Korea. If either helps, go for it. Experts also recommend cutting back on A) phone usage and B) multitasking, two of the most poisonous habits for people who need to get out of their own way.

But the surest bet is finding kinship with the youngest among us. Those kids attacking the monkey bars over and over again, finding shapes in the clouds and staring out the window are truly onto something, even though (and especially because) they don’t know it. 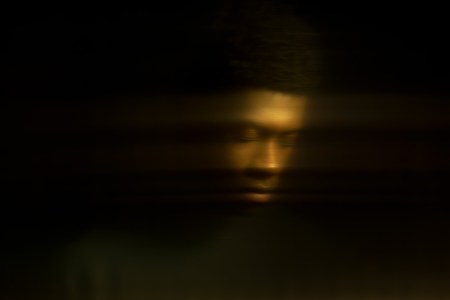