America’s Youth Have a New Favorite Activity. It’s More Wholesome Than You Think.

Birding, of all things, has enjoyed an ascendant rise in popularity since the start of the pandemic

Sam is a 28-year-old math teacher in Boston. Later this evening, after he’s done grading quizzes and packing up for the day, he’s going with his friend Mikey to a pond near their house. Some American woodcocks come out at dusk, and they’re hoping to catch a glimpse. They’ll bring a couple beers and a joint, so if they strike out, no worries. It’s still a nice walk. Sam says he found his way to birding during the pandemic. His participation was “definitely ironic at first,” he confesses. But he “started to do it in earnest in January 2021 and never looked back.”

“I go birding for a day once or twice a month,” he says, “but I live pretty close to some local spots that I’ll stop by once or twice a week for an hour, usually solo. It’s pretty calming. Birding in the Boston area is great in the winter because the sea ducks come down from Canada and the Arctic to breed, so it’s a good activity for the season.”

Each season has its birds. The first day Sam saw red-winged blackbirds this year (which he describes as a “ridiculously common bird”), he was stoked as much for the sighting as for a sign that spring was near. This past week, he celebrated a bizarre anniversary: a year since his favorite birding escapade. “It’s tough to separate the bird itself from the adventure of finding it. Last year on St. Patrick’s Day, I spotted a King Eider in full breeding plumage on the beach in Southie. There were drunk homies everywhere and then me birding,” he laughs.

As outdoor activities go, birding wouldn’t seem to carry the young person’s panache of surfing, climbing or skiing. The pastime’s reserved for retirees in gray New Balances and beige fanny packs; let them bumble through the woods and point out sparrows. It’s unclear what sort of adrenaline endgame that could possibly offer (or why they need to have a clinical name — ornithologist — that makes them sound like medical professionals), but fair enough. They’re not bothering anyone. And they’re not exactly inspiring anyone, either. Right?

At times, the birders that be have tried, with varying degrees of success, to convince younger generations that their beloved activity is worthwhile. In 2011, a lighthearted movie called The Big Year charted the efforts of three competitive birders, in their bid to find the most birds in a single year. (Anything over 700 is considered a very big year.) The film was a commercial flop, though it’s hard to imagine that the cast kept people away. It starred Steve Martin, Owen Wilson and Jack Black.

Later on, in the mid-2010s, birding found footing amongst the legions of hobbyists occupying America’s hippest neighborhoods. Early waves of gentrifiers in cities like Brooklyn, Portland and Austin picked up birding much the same way they started planting vertical gardens in their living rooms or keeping bees on their rooftops. You might call them dinner party naturalists. They were disciples of Jonathan Franzen, The New Yorker and This American Life, and viewed bird-watching as the next step in their journey toward total self-edification.

Something’s different this time around, though. Over the last year and a half, younger millennials and members of Gen Z actually seem interested in birding. Is there a level of irony involved? Of course. But over 340 million views for the TikTok page “birding tiktok” would suggest some degree of genuine intrigue. What’s driving the engagement? Marc Parnell, the author of The Birding Pro’s Field Guides, a series of 41 North American handbooks, has a couple theories.

“There’s more engagement from new and existing birders,” he says. “It’s in line with a rise in outdoor activities like hiking, cycling and backpacking. The pandemic accelerated this trend, as restrictions on gatherings forced individuals outside and into more self-driven hobbies. The very nature of birds is that they are everywhere; they’re deeply intertwined in the local ecology. So people started experiencing exciting interactions with birdlife at a level that wasn’t present in the recent past.”

In other words: some people might’ve become accidental birders. Take enough walks around the neighborhood during your workday, or enough weekend trips to a local state park, out of a desire to ease the ennui of quarantine, and you might just start to notice all those birds chirping and squawking around you. That was certainly the case for Jared, an accountant who now calls birdwatching a “huge” part of his life. “I’ve always liked birds, but I spent seven months on Hawai’i Island during the peak of the pandemic and that really converted me into a hardcore birder,” he says. “It’s just a part of my identity now.”

Dan, a 30-year-old Minnesotan, has a similar story. “I became obsessed with birding and bird-feeding during the pandemic. It’s a way to escape and get closer to nature during a stressful time. So many millennials and Gen Zs are missing a connection to wildlife … for me, this hobby has reduced my anxiety and stress. I think that’s why I was drawn to it during the thick of quarantine. I now have six bird feeders hanging from my apartment balcony.”

How does one man’s stress-reliever become a social media phenomenon? Parnell points out that birding is potentially the most “social-media-ready” of all outdoor hobbies. “For many birders, finding new and uncommon species follows a collector-driven, ‘gotta catch ‘em all’ mentality. Sharing or discovering media of new species on social media plays into the core aspects of this mindset. It only increases curiosity and interest in the hobby. Younger generations in particular seem to be driving the lion’s share of this trend, and we are all the better for it.”

Photos, videos and audio loops take the attention away from the birders — and whatever baggage some may harbor about their coolness, or lack thereof — and diverts it to the birds, which was the true point all along. Parnell’s Pokemon reference, intentional or not, is apt. Consider the hours younger generations spend studying and memorizing the behaviors and characteristics of fictional creatures. There’s no dearth of curiosity in young people — there may just be an intimidation barrier (or in many cases, a geographical barrier) in converting that curiosity from the digital to the natural world.

But Instagram and TikTok have the capacity to tear down that barrier, and perhaps motivate more young adults to seek forth and build their own backlist of sightings. Parnell sees encouraging signs for the future of birding. He provided some hard data: “In February 2021, there was a 175% increase in new downloads of the Merlin mobile app, one of the leading bird-identification services. The active user base at the point in the year has doubled since the beginning of the pandemic, and by the end of 2021, over two million people used Merlin for the first time. Plus, visits to bird-species entries on English-language Wikipedia are still well above their pre-pandemic levels. Here are some graphs.”

To be clear, a camera-driven approach to birding changes the nature of the activity. Historically, birding clubs met on a weekly or monthly basis to discuss and catalogue the birds they had seen. The honor code was implied. Now it goes down on the apps. For all the calm and serenity that a trip to the pond may bring a young birder, it’s hard to imagine them not snapping a couple shots and uploading them to their Instagram story. Resisting that sort of “We out here!” temptation is simply not in their DNA. Parnell, for his part, has no problem with any potential over-saturation of the activity: “As an advanced birder myself, I welcome the influx of interest.”

How about those occasional online gags, though, which leave it unclear whether the youth actually care about birds, or are just having a collective laugh? For instance: in November 2020, a popular producer named So Wylie, who works at Spotify’s Gimlet Media, began posting “bird beat videos.” After hearing the hoots of a tiny Saw-whet Owl that got stuck in the Rockefeller Christmas Tree, she incorporated its musical call into a mix. She said to Audobon last year: “I was like, this is kind of fire!”

That said, a quick visit to “birding tiktok” quickly dispels the idea that all young folks are in the game to poke fun. Check out the unfeigned replies to the posts of a man with the tag @thisisrangerkeith, who regularly logs on to answer user questions. In a recent video, he explained why the Carolina wren builds their nests near human dwellings. Dan, meanwhile, says that older birders “have been nothing but enthusiastic and supportive” of people like him getting into the hobby. “It’s great to have a similar interest with people outside of my age group,” he says.

Of course, because young people are “cool,” they’re inclined to put their own spin on the activity. A brand called Nocs Provisions perhaps best sums up this aspirational aesthetic, presenting birders as off-trail ne’er-do-wells, who skate from one site to the next on longboards, bird-watch in half-unbuttoned floral shirts and spot majestic creatures take flight with (what else?) their personal/colorful/portable binoculars from Nocs. In case that isn’t vivid enough for you, a brief trip to Nocs’ Instagram page ought to clear it up. For home-birders, meanwhile, there’s now a high-tech option — Bird Buddy, a “smart feeder” that “notifies you of bird visitors, captures their photos and organizes them in a beautiful collection.”

Could young people make birding a vibe? Don’t bet against them. But don’t bet against the role of the birds in all this, either. They’ve turned enough non-believers already since the pandemic began. Parnell has just one wish for birding’s newest initiates: a sense of stewardship. “All birders must respect private property when searching for new birds,” he says. “This is a common issue that can easily result in members of our community overstaying our collective welcome.” That means no Ferris Bueller’ing through backyards, youth of America. If you miss out on the bird, you can still find it on TikTok the second you get home. 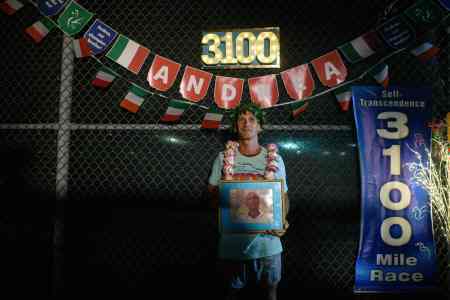